Kouhai
but i have something to ask, why this site only have ep1,2,4 i can't find ep3 this mean i lost it T_T

Retired
Either this is no Black Jack 3, it wasn't released or it wasn't popular enough for the site to download it.

In this case, there is no Black Jack 3.

Kouhai
thanks, i just go to F-B website and they sad that they didn't release ep3
C

Retired
actually, Froth-Bite didn't release Black Jack 3, because Episode three NEVER aired in Japan.
This was due to the Earthquakes and it disrupted the schedule, so they decided to skip it..... which I think is quite stupid :/

Kouhai
So did Froth-Bite drop Black Jack? Is it on hiatus/break/vacation? Will Froth-Bite continue subbing?
K

Kouhai
QUOTE (LiC @ Jun 29 2007, 10:33 PM) So did Froth-Bite drop Black Jack? Is it on hiatus/break/vacation? Will Froth-Bite continue subbing?
dude, look how old this thread is Kouhai
wow a new episode ? is this starting a new season or just a delayed show ?

i was checking around and will download this , if ilike it ill look for it on DVD!

Kouhai
Keep it up, Froth-Bite

i didn't realize until i read it that this thread is back from 04 haha... gotta remember this before i ask for something from 4 years ago by mistake

btw doesn't look like a good show...considering the thread couldn't get to half a page in 4 years

http://www.scribd.com/doc/22447452/Can-Your-Baby-Get-Pregnant-if-You-Have-Sex-While-Pregnant Yes, it can.
C

Kouhai
I like this kind of show------keep it better

can i ask when will you post the episode 47 of black jack???

many fans are waiting

even if im just an amateur fan i won't give up on waiting....

Kouhai
For those who were wondering, taken from Wiki:
"03 "The Dog Thief"
"Hittakuri Inu" (ã²ã£ãŸãã‚ŠçŠ¬) 17 July 2006
Black Jack and Pinoko take in a dog they name Largo. The dog has a habit of stealing things and putting them outside. Inevitably, Largo takes a necklace the doctor received as payment, forcing Black Jack and Pinoko leave the house. An earthquake occurs and both are saved as the dog had detected the catastrophe.

** This episode was canceled due to a major earthquake that occurred shortly before the intended release. Later, it was aired upon cancellation of a baseball game telecast, but was not labeled as "Karte 03."

Later on, Froth-Bite released it once it had aired on TV, it's available as a torrent on AnimeSuki.

Also, looks like they changed their name at some point to Frostii or somesuch.

And yes, this topic is several months old, but I figured I might as well let you guys know.

Every so often I've heard an anime called Black Jack mentioned. I finally gave in to my curiosity and watched an episode.

I have no idea why but I actually like Black Jack. It has a strange, retro 1980s anime style and Pinoko is a very odd little character but, for some reason, I keep watching and, surprisingly, I have grown quite fond of it. I've now seen 16 episodes and I think that I will probably, eventually, see all 61.

It's an anime that's on my short list of relaxing animes. All the episodes that I've seen so far are self-contained so it's perfect for a quick anime fix at the end of an overly busy day. Perhaps Black Jack appeals to me because it is so very different from any other recent(ish) animes. The style of animation makes it hard to believe that the original run was from 2004 to 2006. The manga itself was first published in the 1970s and they stayed fairly true to the original style; however, thankfully, it is worlds away from the production style of that era.

The stories are fairly straight forward and almost always involve Dr Black Jack performing some kind of miraculous operation (and charging an outrageous fee). Although the author of the manga, Osamu Tezuka (often called the father of manga), was in fact trained as a doctor, there is a large helping of fantasy with medical facts being tossed out the window if they don't suit the story. Dr Black Jack somewhat frequently performs medically impossible feats!

Although he demands outrageous sums of money, (he often informs Pinoko that he is not a philantropist) Black Jack performs many good deeds which are rarely acknowledged. Ultimately, he does not charge more than can be afforded (if, perhaps, with some difficulty) and sometimes even takes payment in kind. Overall, he has, in his own unique way, quite a holistic approach to medicine healing more than just the body of his patients.
<p style="text-align:center;"> 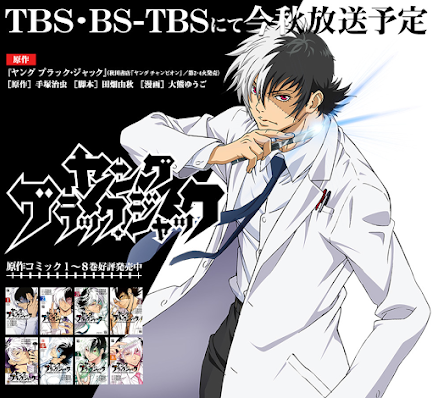 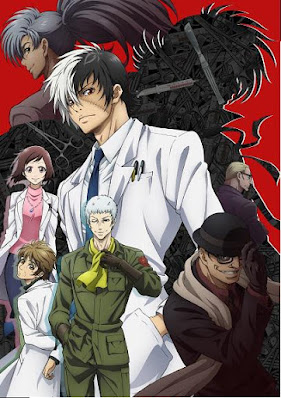 Synopsis: The year is 1968, and the world is swept up in the Vietnam War and student protests. In this time of turmoil, a mysterious young man with white and black hair and a scar on his face is enrolled in medical school. His genius skills with a surgical knife achieve many a medical miracle and are getting noticed. This hero origin story reveals how this young man earned his medical degree and the name of Black Jack.

The drama will be an original story about the past of the brilliant mercenary doctor Black Jack, during his days as a medical student. In particular, the story will address questions such as why Black Jack does not have a medical license, why he seeks such expensive fees for his services, and how he is connected to his fateful rival Dr. Kiriko. On Christmas day, a bomb explodes in a shopping mall. The explosion was perpetrated by a serial bomber. A 9-year-old boy Kuro Hazama and his mother Mitsuko (Naho Toda) are seriously and transfered to a university hospital. With the elite skills of surgeon Dr. Jontaro Honma (Masachika Ichimura), Kuro survives, but is shocked to learn his mother is in a coma. Dr. Honma tells Kuro that when medical science advances, Michiko might one day awake. Kuro decides then to become a doctor. 15 years later, 24-year-old Kuro is a medical student and his mother is still in a coma. Kuro researches ways to awaken his mother. One day, on the street a medical student named Yuna (Riisa Naka) is about to give aid to a woman whose heart has suddenly stopped. But at that time, Kuro tells Yuna that there is a measure which should be done before giving cardiac aid. With Kuro's advice, the woman's life is saved. Meanwhile, Yuna's father is the chief director at the university hospital. A few days later, Kuro and Yuna meet again. Yuna (whose father is the chief director at the university hospital) has become interested in Kuro. She discovers that Kuro, without a license, treats patients who were rejected from the hospital. 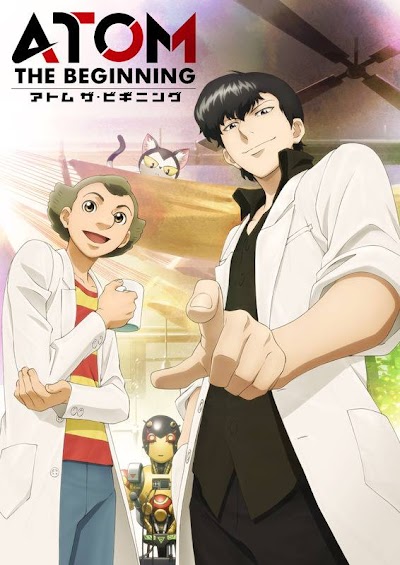 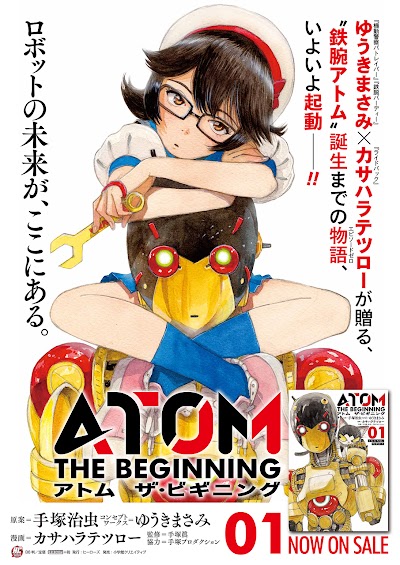 Synopsis: Japan in the near future suffers an unexplained major disaster. Five years later, reconstruction is well underway. Two young researchers at a university are pinning all their hopes on robot development. Now their new interpretation of the eternal hero Astro Boy up until his birth is just about to start!


gdpetti said:
Atom: The Beginning...? a prequel to AstroBoy... I recently saw about 15 minutes of a recent film by that name on tv... kid's thing, though there was an undercurrent of rather 'adult' situations.. not that it was really dealt with, but mostly used as a backdrop for further actions to make the 'boy' fight the other robots... reminded me of Pinocchio.... which also could be made rather 'dark', depending upon the targeted audience. I was wondering what audience this 'seinen' project is really targeting.
Click to expand...

for me it starts ok but, i would prefer the dark reboot Pluto animated instead -_-
Necromendation 2020-‘22, Dragon Quest: Dai no Daibōken |Mam And Crocodine