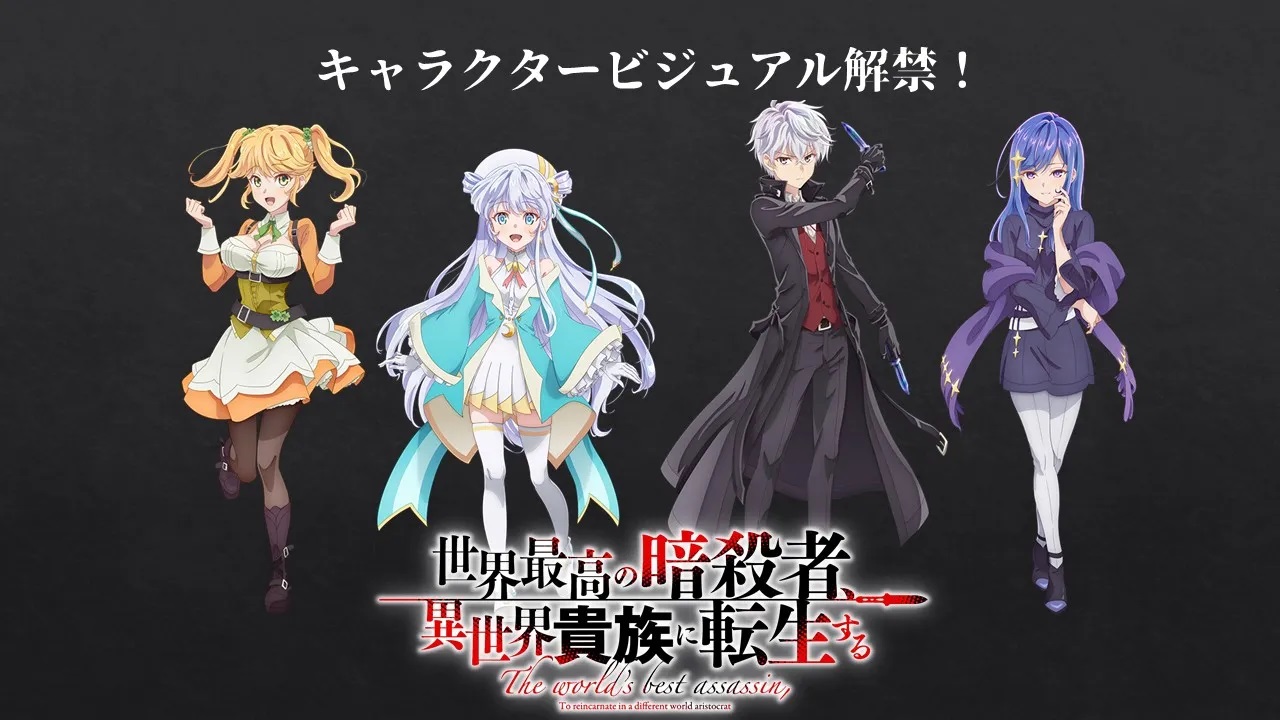 The World’s Finest Assassin Gets Reincarnated in Another World as an Aristocrat otherwise known as Sekai Saikou no Ansatsusha, Isekai Kizoku ni Tensei suru is an action based isekai series that was released in the autumn 2021 season. In terms of animation this series is a collaboration effort between SILVER LINK and Studio Palette.

In this isekai our main character, as the name implies, was the world’s greatest assassin in his former life. Dedicated and loyal to his organisation he follows his orders diligently only to be disposed of when no longer useful. Bitter about his untimely demise, he is given a second opportunity on life when a goddess grants him the chance to be reincarnated with his memory intact if only he fulfils his final assassination mission of killing the hero of this new world. Vowing to maintain his freewill and live the life he desires and no longer become a tool he takes on this offer. Will he succeed in killing this overpowered hero?

The season opener gets out the gate all guns blazing and it becomes immediately apparent that this cast is filled with a number of stunning women. If you are one who likes eye candy then you will certainly enjoy the opening forays as we see a bunch of action-girls kick butt with no shortage of teaser shots. These moments send a clear signal on what the target audience is so if you do not take a fancy to such things then it is best to drop the show as while the tone does change later on these are the primary draws to this series. 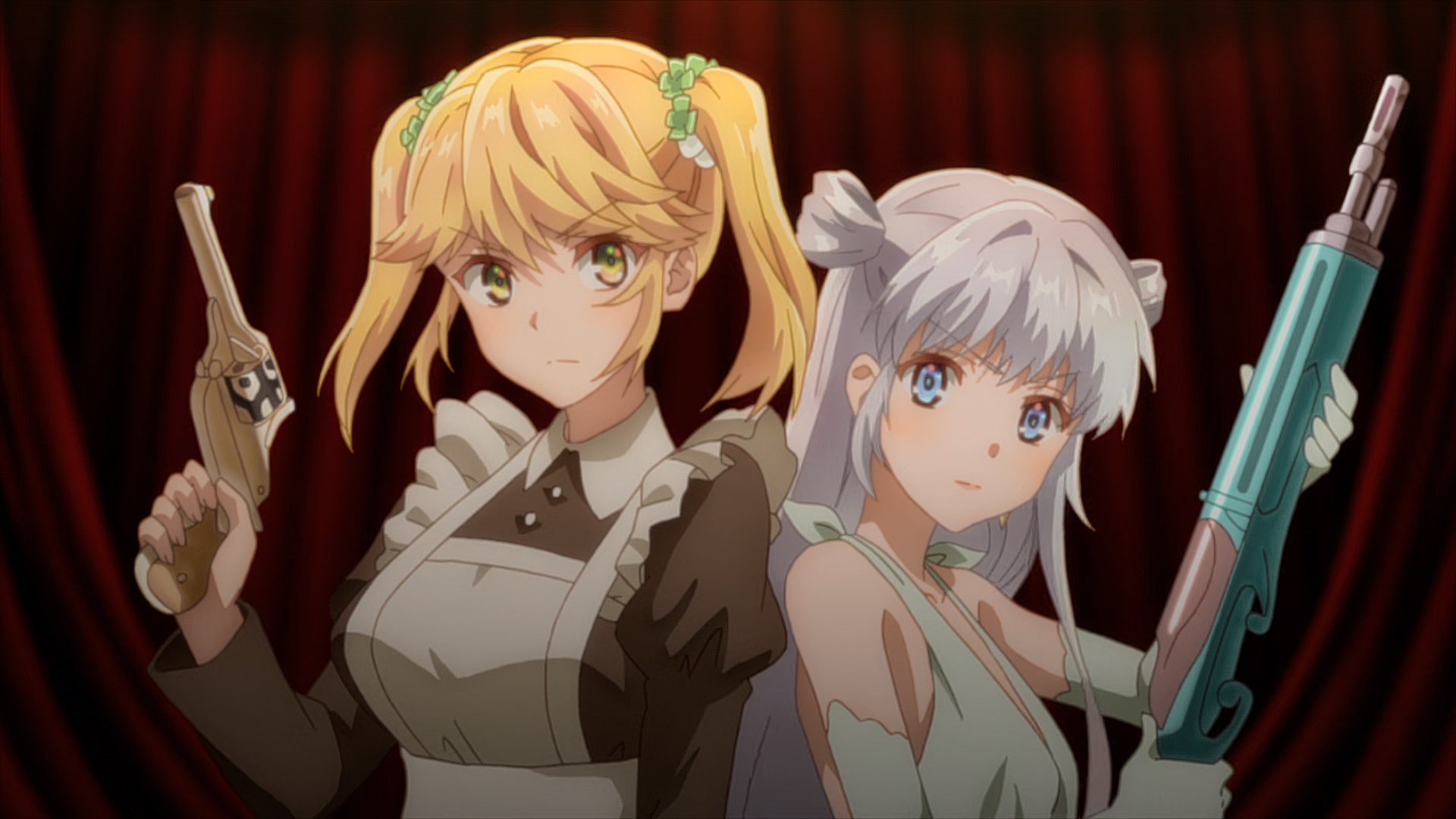 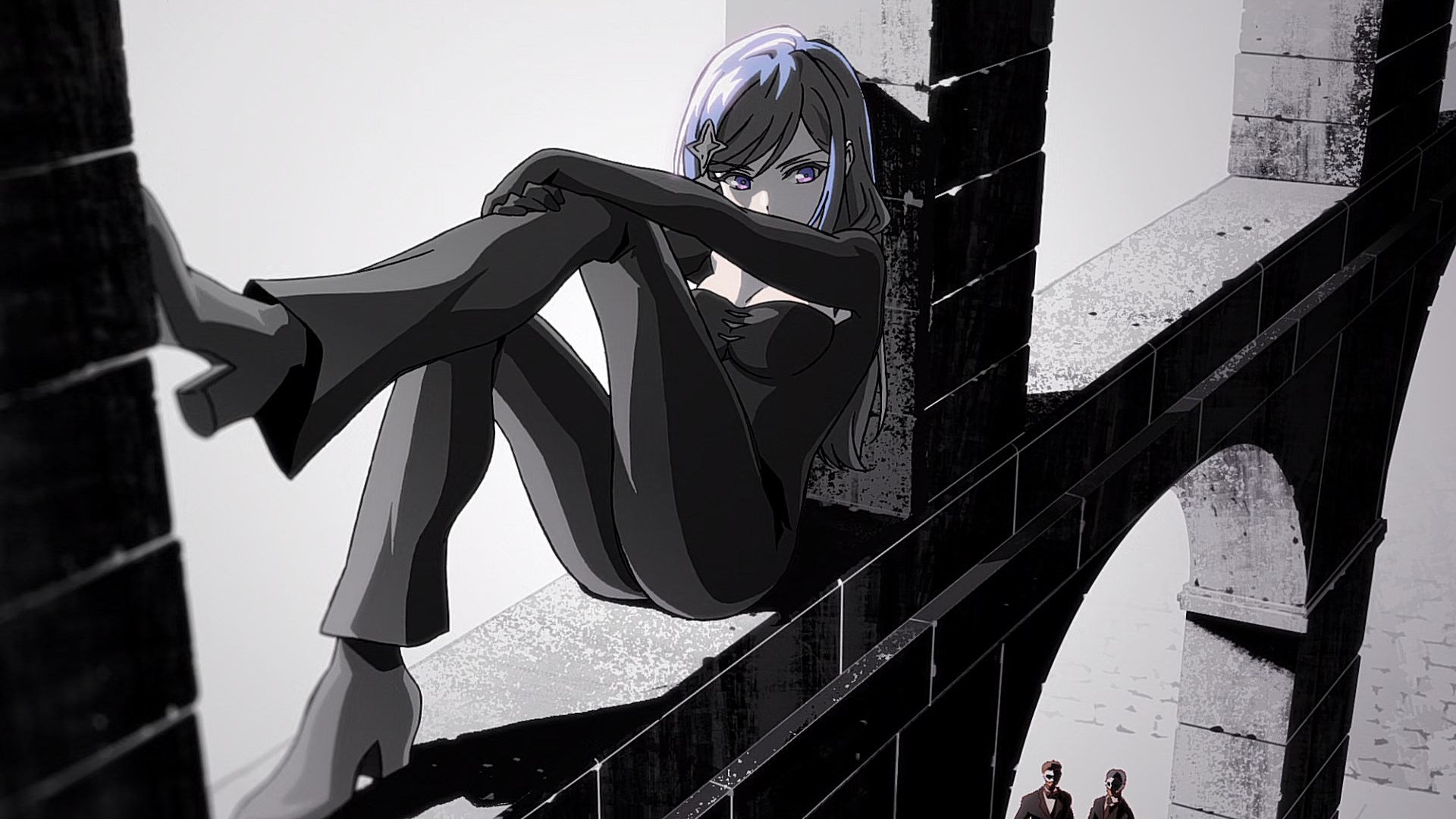 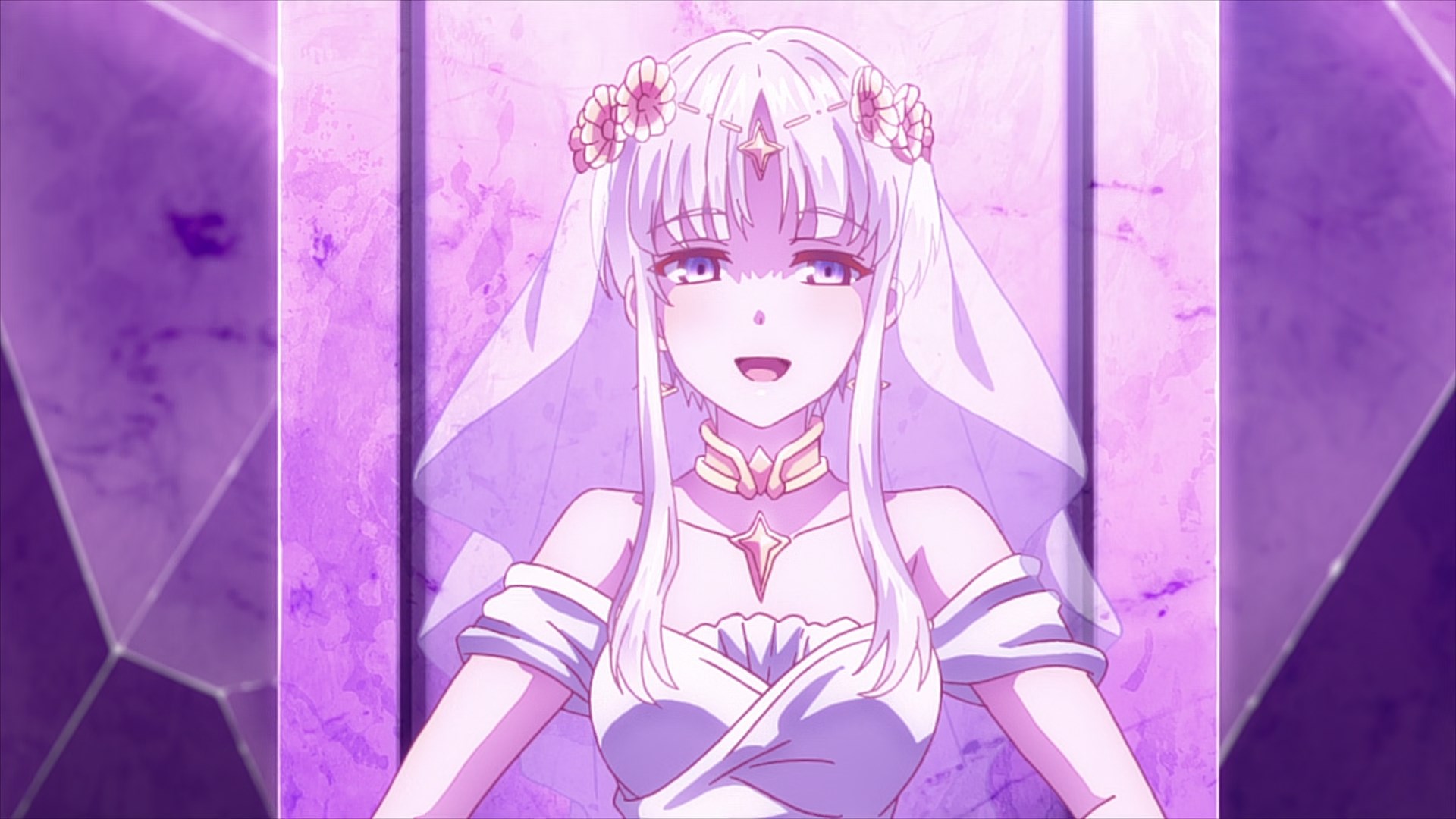 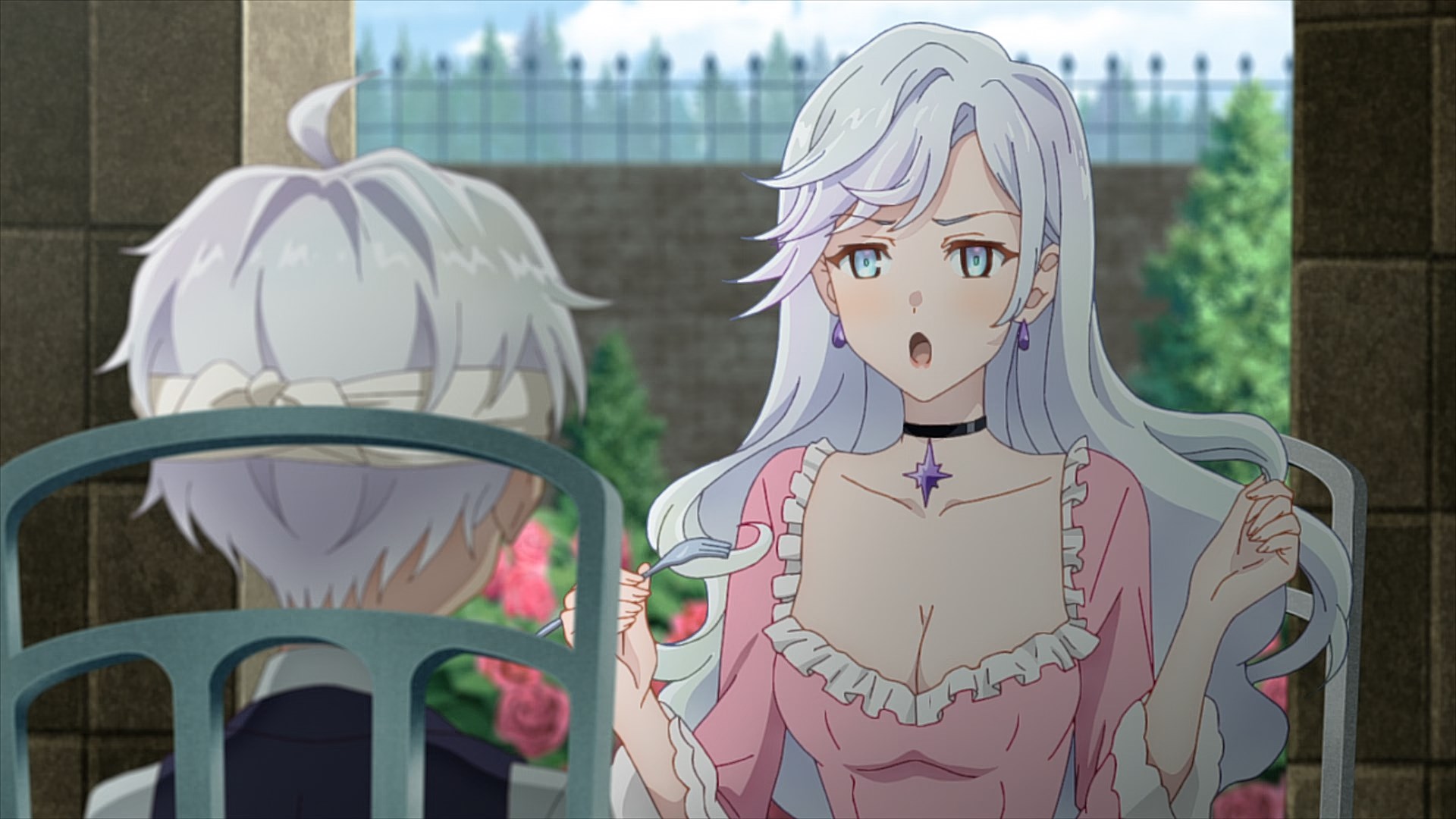 That’s not to say there are no other redeeming qualities to World’s Finest Assassin. To the shows’ credit they do deliver a main character that is driven and accomplished and is not simply your standard NEET/loser MC who gets shoved into a fantasy world. As the name of the series implies, he is a skilled assassin but what really makes him stand out is his anti-hero personality who is a cold and calculating man who is not afraid to get his hands dirty. This adds a fresh twist to the standard isekai formula as the early choices he makes and the way he conducts himself means you are seeing something new and different; it is not a simple rehash of the usual isekai affair. This calculating even manipulative personality does have its flaws however and this issue is put in the spotlight when he manipulates some key characters. It won’t go down with everyone but personally I had no issue with it considering the circumstances of the event.

What can prove to be more problematic however is the pacing of the show as whilst the end goal is clearly defined early on, much of the series is devoted to explaining how he recruited the girls to form his team. Whilst these introductions and backstories were welcome (although a note should be given with one which I will explain later) the issue here is by the time we are done with the introductions we are almost past the two third mark. This meant the time devoted to the actual promised plot line is rather limited. I will say that if you have concerns over the opening plotline being forgotten then rest assured the final confrontation does come albeit at a very late point in the series running.

As for the ending itself, it is as dramatic as it is sudden. The final fight ends with a blast and the nature of the conclusion was surprising but it is not something that is totally out of the blue given that this sequence is rooted to earlier events that took place in the show. To eagle eyed viewers, you can spot the early cues so there are rewards to be had in keeping your eye out for the finer details. There is even a twist tossed out to add some further drama but personally I did not like it. 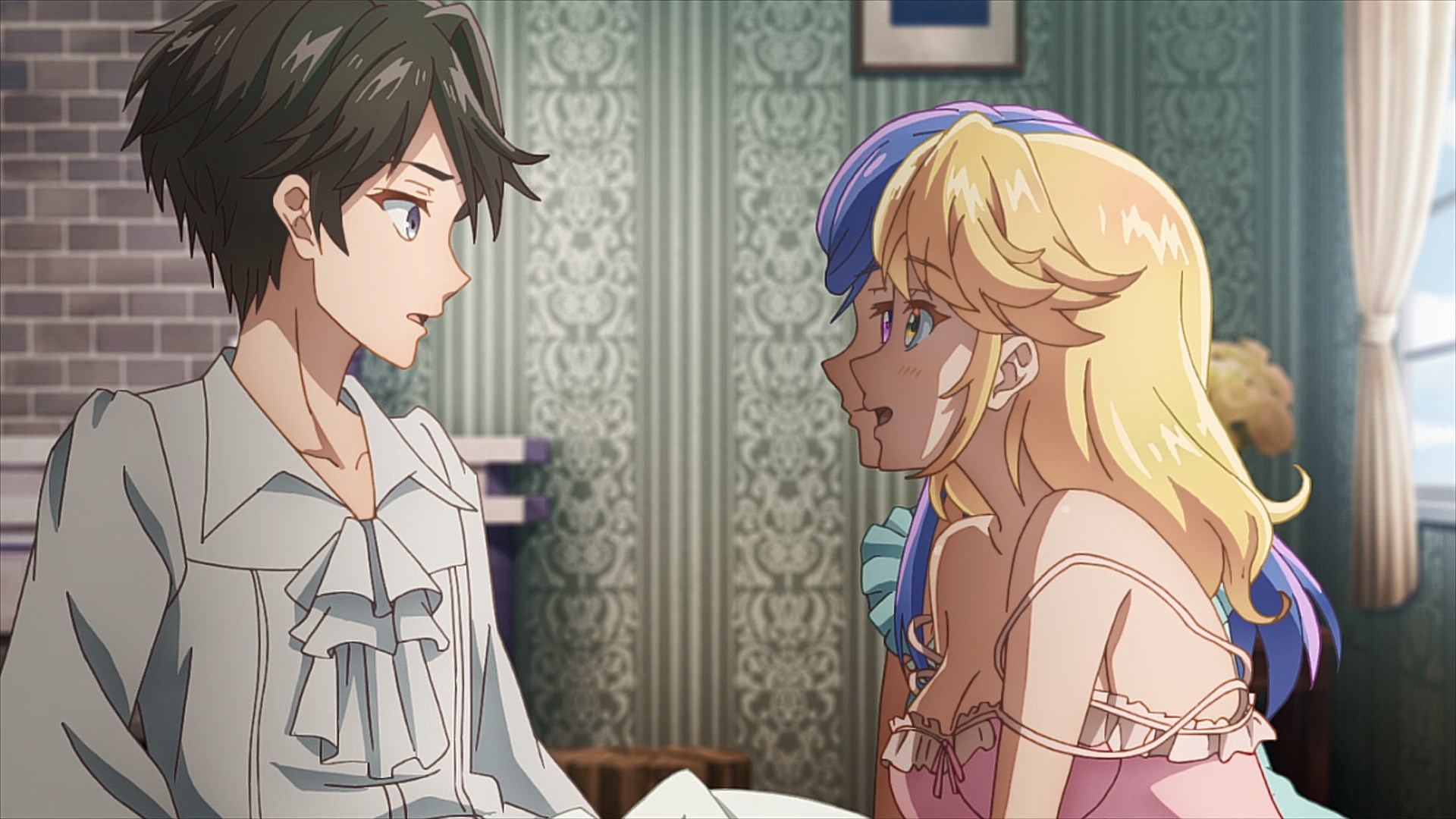 Perhaps the biggest weakness of World Finest Assassin is the character relationships for whilst the backgrounds and characterisations of the individuals weren’t bad it is their interactions that left me head scratching. You see, many of the girls simply fall head over heels with our MC and whilst some explanation is given for this undying devotion it was not entirely convincing. What was also hard to grasp was the romantic aspect added towards the end which was never given enough screentime. As a result, the relationship was hard to understand and feels even forced given he spends way more time with other loyal companions.

As a final note I would say one notable character comes with a very troubled background so if you are sensitive to matters like rape and child abuse you may want to skip this. It is not a main theme of the anime so do not worry about this being a lingering issue. It is just that there are two episodes that take a decidedly grim, perhaps even depressing tone that can be hard to stomach. In fairness those scenes are treated in an appropriate manner although some criticism could be levelled on the lasting impacts these events later in the story.

One of the finer points of the series is its animation. The character designs are all appealing and was one of the big draws to watching World’s Finest Assassin. If you like cute and beautiful girls then it will count doubly so as pretty much the entire cast of women in this show can be considered attractive (even the MC’s mother is a hottie). In terms of action scenes, it also delivers well so if you like action then those fans are also well served. The only aspect that was left wanting was the various CGI shots that looked very out of place fortunately this was limited to various horse carriage scenes and some foot soldier animation making it relatively easy to overlook.

The animation sequences for the opening and ending parts are also very strong with the contrasting black and white tones used in the opening theme that do an effective in conveying the contrasting morals of our main man. The opening track of "Dark seeks light" by Yui Ninomiya is a bit of a mixed bag with me with some parts of the songs being difficult to stomach whiles other bits being good. The ending song "A Promise" by Aira Yuuki on the other hand was a more enjoyable but all in all the opening and ending parts were very good and added to my overall enjoyment of the anime.

This is a series that caters to action fans who have a taste for good old eye candy. If that is your thing then lots to be had here as most of the cast is simply breathtaking in the looks department. The fact that the standard of animation is high in both the character modelling and action scenes means the impact is all that bit greater which will please its target audience even more.

In terms of story development there is a lot of early promise with its interesting premise but for the most part it fails to deliver as much of the anime screentime is devoted to character exposition. Whilst this is nice, I felt it took too much time from the series. I would also say some caution should be exercised as the story does cover the issue of rape at some point. The other weakness is the suspect character chemistry with most of the cast holding an unnatural devotion that breaks immersion. This was not helped with an unconvincing love story. All things considered this was a pretty good series but won’t be appealing to people outside the core audience it was intended for. The fact this story is left incomplete means it begs a second season or a reading of the light novel. This show would have certainly have been better if it was covered in two cours.

Story 7 – The fact the main protagonist is ordered to kill the hero of this new world adds an extra dimension to the tired isekai formula. Whilst most of this early promise is squandered what we get instead is some interesting character exposition. The ending is also dramatic and whilst the events are seemingly random it is all foreshadowed with various earlier scenes littered throughout the show. Does beg for a sequel so keep that in mind when watching this.

Characters 6 – Outside of the interesting main character much of the cast is pretty bog standard. You have probably seen it before and the undying loyalty from the girls whilst useful for fanservice does hurt immersion and believability. I also questioned the romantic relationship that seemed forced/tacked on.

Animation/music 8 – Strong point of the series. You get very nice character models that makes this an easy series to watch. The big standouts are the great range of beauties that ensures if you are after fanservice then there is plenty to be had here. World’s Finest Assassin also produces some very strong opening and closing sequences.

Overall 6.5 – If you like action or fanservice then this is a show I would recommend to you. If that is not you then best to stay away. That is the simple bottom line. Much of this series follows the standard tropes of isekai series with its overpowered MC, an increasing cast of cute girls that fawn over him and everyone else also loving him. The biggest changes to that formula are the MC’s personality who sparks some life in the usual formula but is that enough to get non-isekai fans onboard? Personally, I don’t think so. 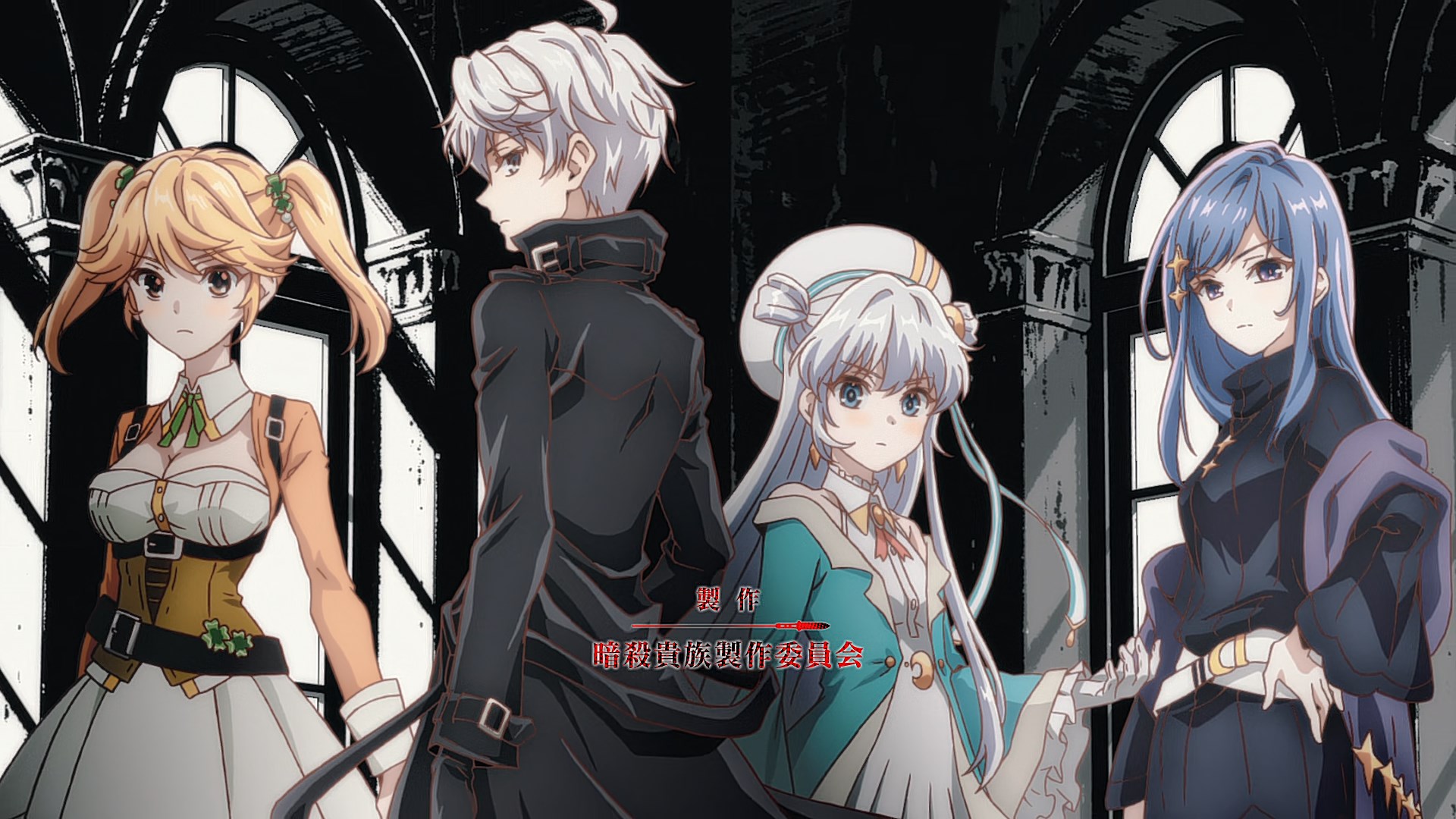 Wish to see more hidden secrets from our fine assassin then I would suggest checking out the gallery! 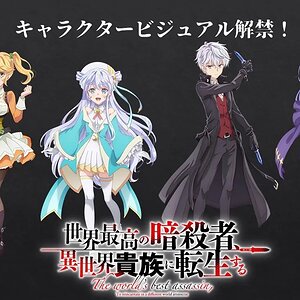 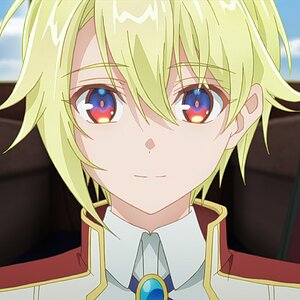 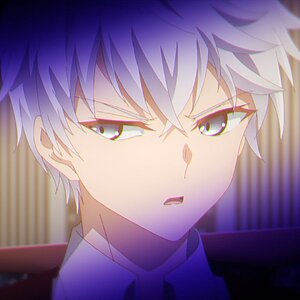 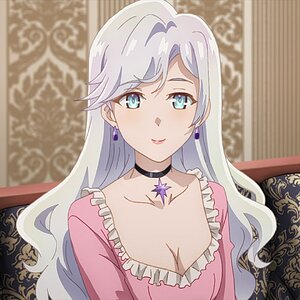 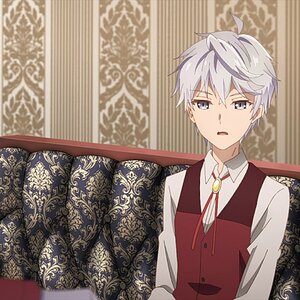 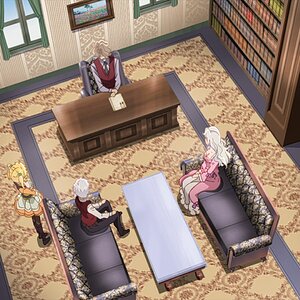 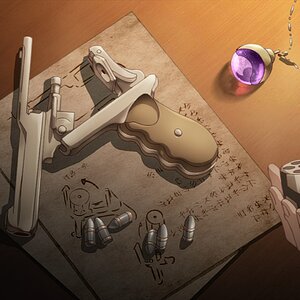 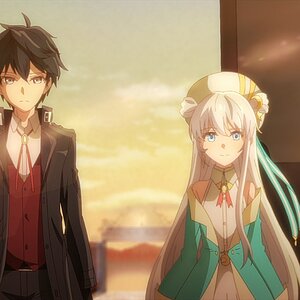 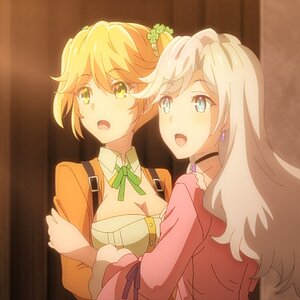 The World's Finest Assassin Gets Reincarnated