The King of Fighters: Destiny 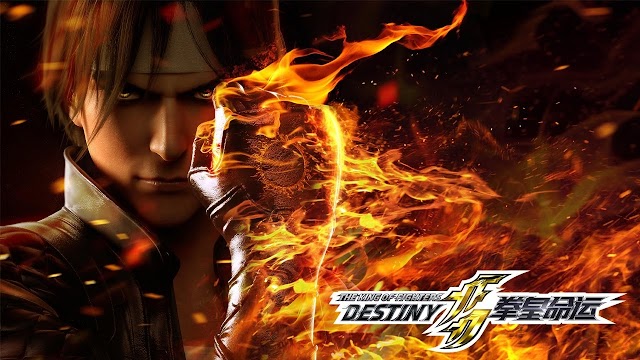 Synopsis: THE KING OF FIGHTERS – The world-renowned tournament starts now! After arriving in South Town, Kyo, an invitee to KOF, runs into another formidable fighter, Terry. Ten years have passed since the tragedy that changed his live forever… The destinies of the fighters now cross here in South Town.


gdpetti said:
Wasn't "The King's Avatar" a summer anime? Didn't show up on the search... just finished the 12ep series based on the LN/manga etc... which has quite a few I heard, so it'll be around for a while.
It's rather good as others said... and I'm not a gamer, so I really don't care about that so much as the storytelling itself, and the story is rather solid... SoL essentially, and I guess it's realistic due to his age, he gets 'let go' etc.
Though, I would've thought that technology would have taken the use of keyboards away by now... VR use etc... guess that hasn't happened yet?
Setup in S1 for S2 is rather well done I thought, but I don't know this industry, which isn't explained too much, perhaps most viewers of this already know about the ins and outs of the gamer world.
Still well done, only complaint that I agree with is the subs aren't left up on screen enough... a dub would work easily with this series and fix that problem.
Click to expand...

Sempai
Haven't watched, but I did like that Chinese "The Kings Avatar" about gamers... rather well done... should be another season soon, especially as it is.... can't think of the word, but fan based online collective writing or something like that...
Also, just for side info, there was a good article on a female gamer in ... South Korea... the problems of females in the 'sport'....should say competition.... but it depends upon how the word sports is used these days.... as American football seems more fan based 'fantasy' stuff than the real thing these days... same pattern emerging... anyway, the article: http://www.espn.com/espn/feature/story/_/id/20692051/how-teenage-gamer-became-reluctant-icon-south-korea-feminist-movement

gdpetti said:
Chinese gaming anime "King's Avatar" I think it was.... only this one is concentrating on the actual people more than their antics online....
Click to expand...