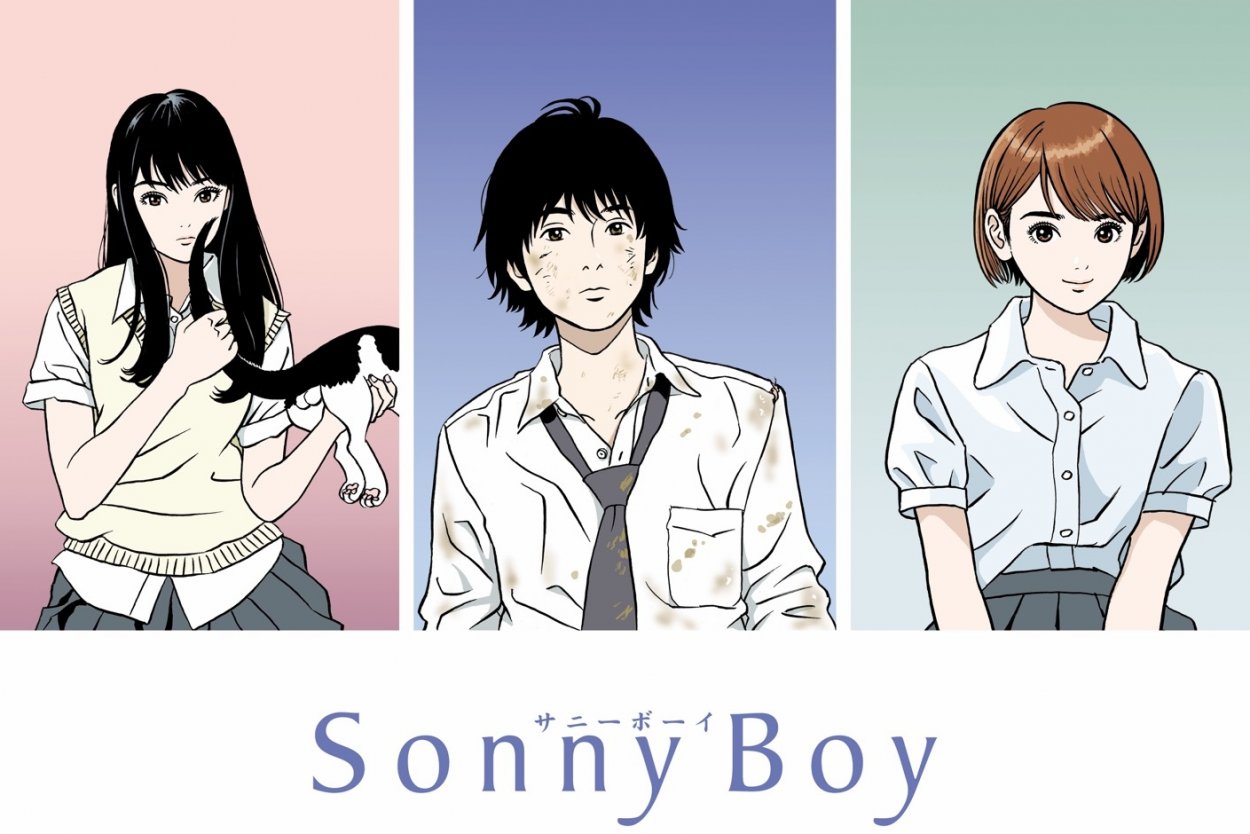 Sonny Boy is a mystery/supernatural series which first aired in the summer 2021. Reviewing this show is actually quite tricky as this is a series that has proved divisive in the anime community. On the one hand there are clear fans who love the symbolism and vibrant imagery that permeates this series. On the opposite end there are others who believe this show is more a case of style over substance. Personally, I lean but I am not in complete agreement, with the latter but wanted to put this disclaimer out so you as the reader know my stance from the get go.


What I can say is that to get the most from Sonny Boy it is recommended you watch this series slowly and it may even actually pay to watch an episode multiple times as it is easy to miss some hidden details if you are not paying attention. Unlike most shows that benefit from marathoning, this style of viewing will actually prove detrimental when watching Sonny Boy as you are likely to miss significant details and get information overload watching episodes back-to-back. 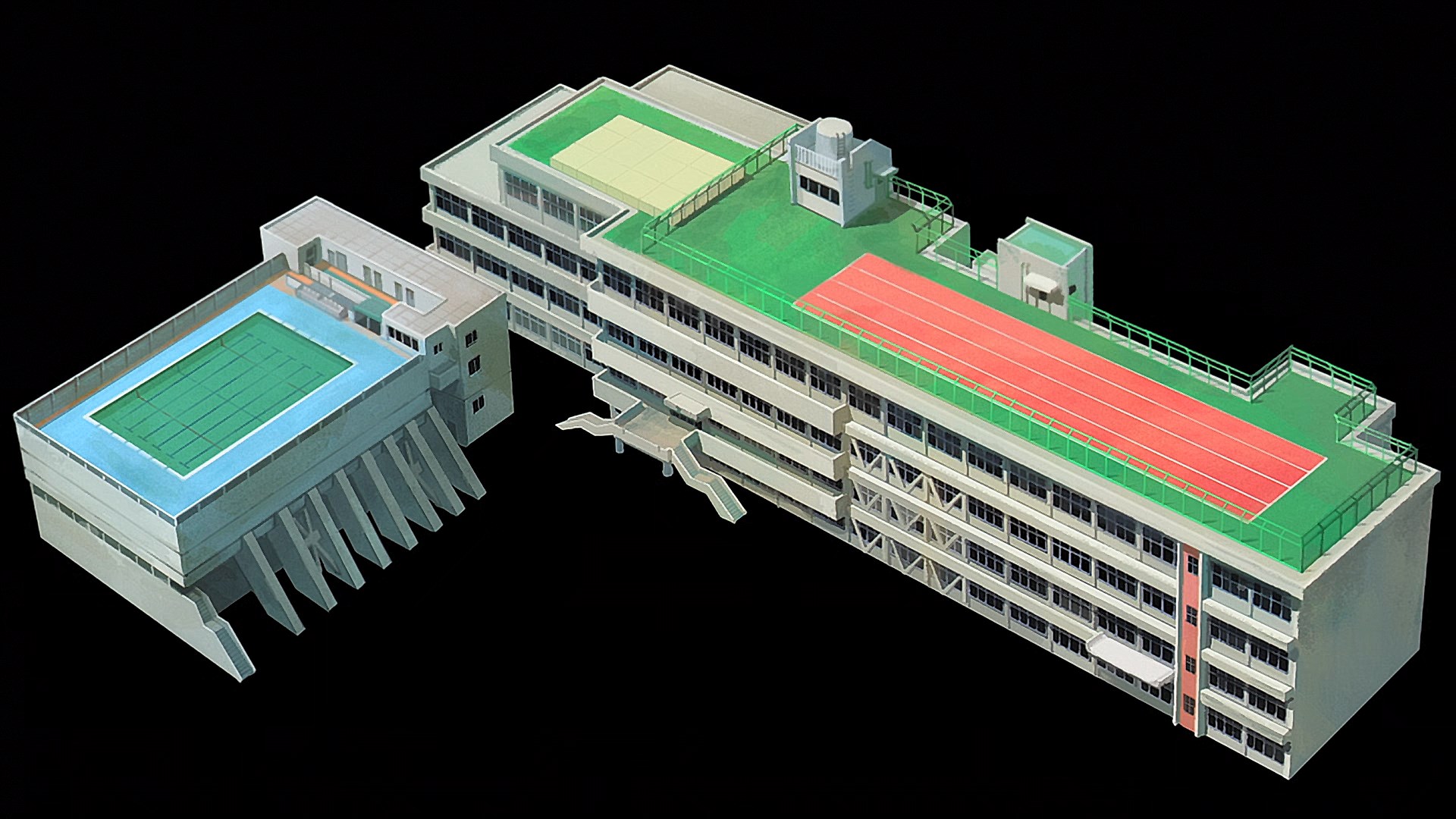 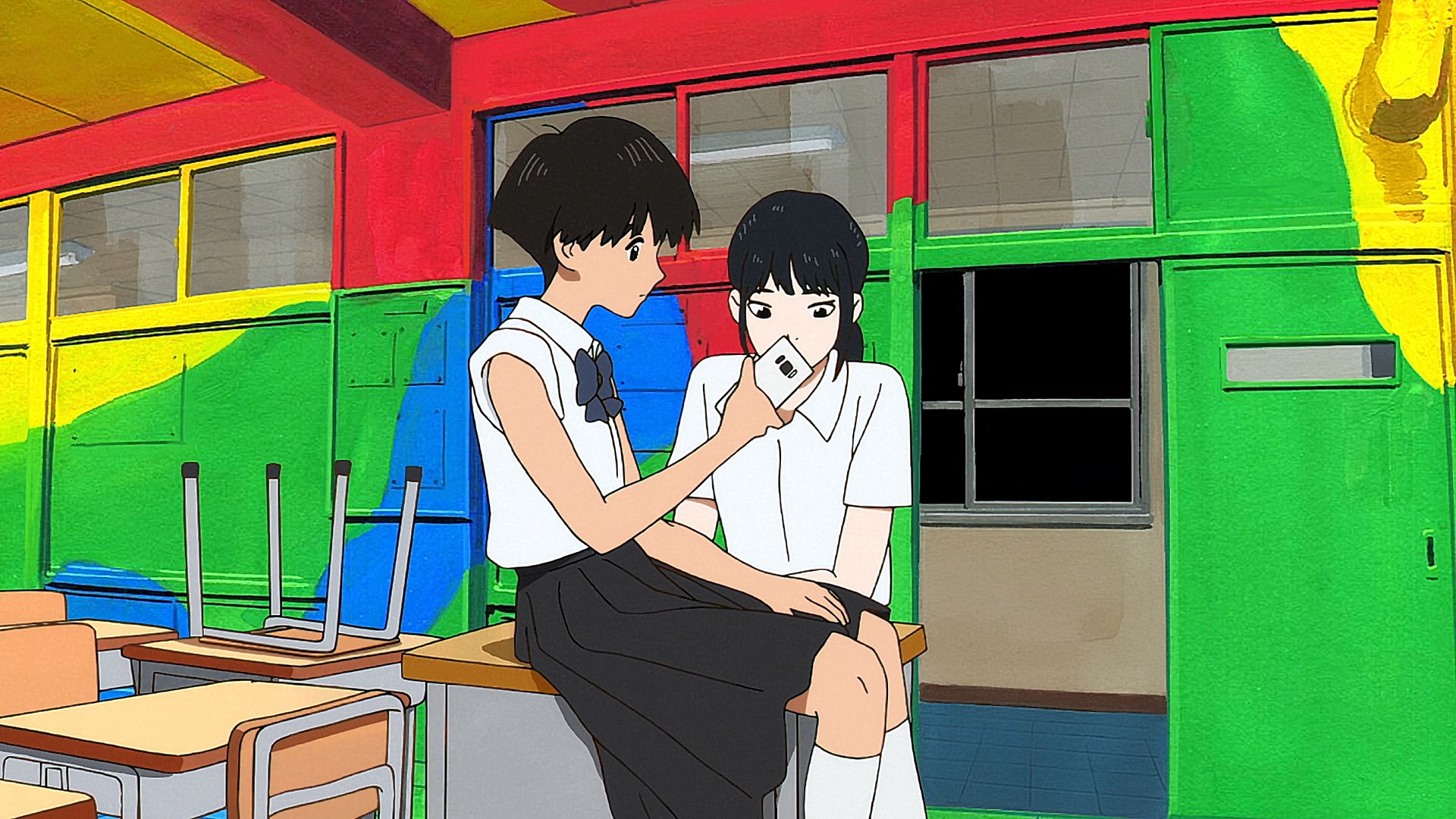 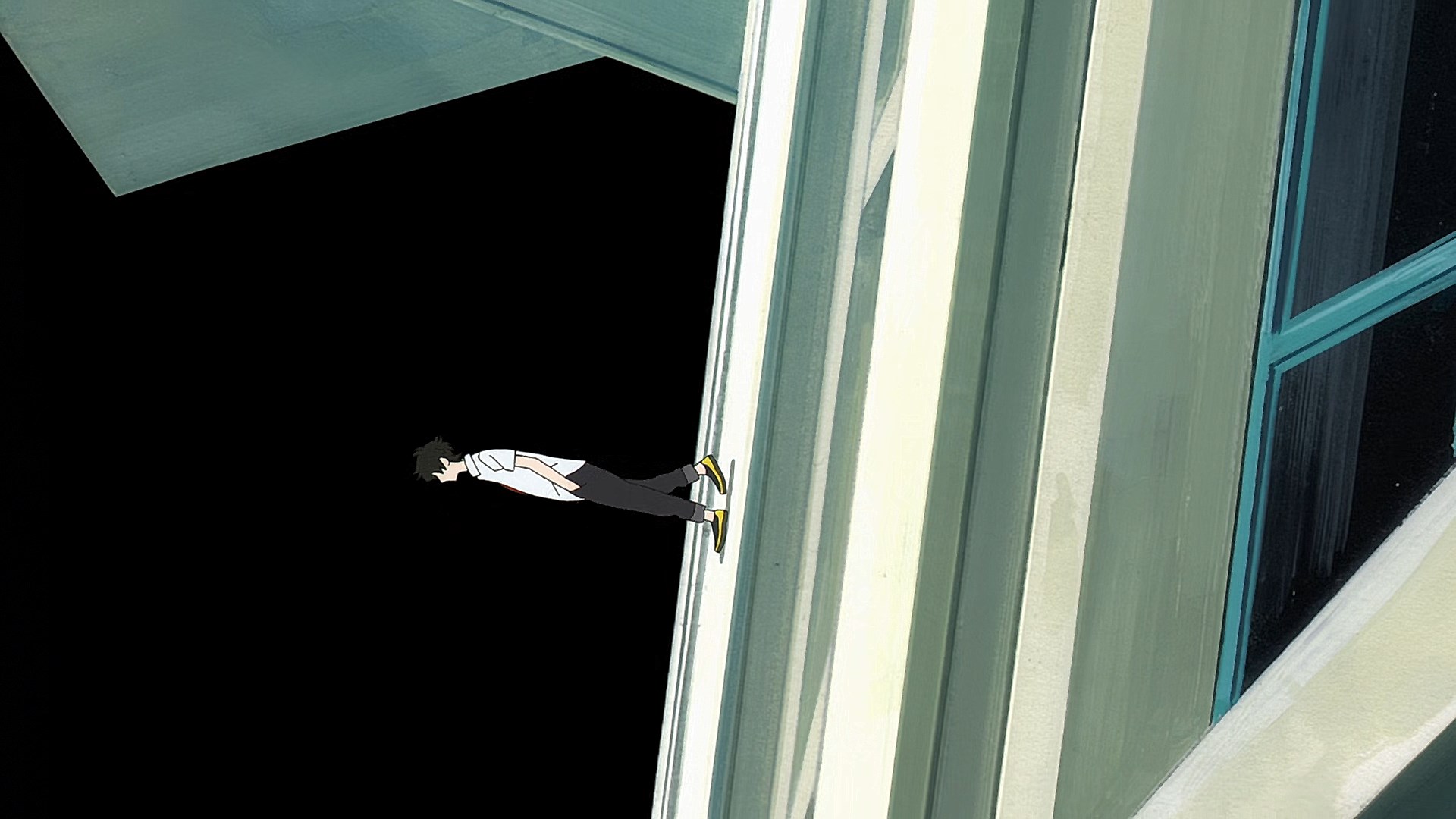 With all that said what I can say is that the opening episode throws a lot at the viewer so it is recommended you pay close attention from the get go as the show is certainly different and packs a lot of content. This episode involves 36 students who find themselves mysteriously transported to a void like dimension. Not long after finding themselves in this void it becomes apparent that some students develop supernatural powers which they quickly exploit. This disparity between the haves and have not quickly divide the group into factions and this rage and rebellion cannot be quelled despite the best efforts of the student council. It is at the climax of the confrontation where the biggest twist comes as the whole school is transported to another world! 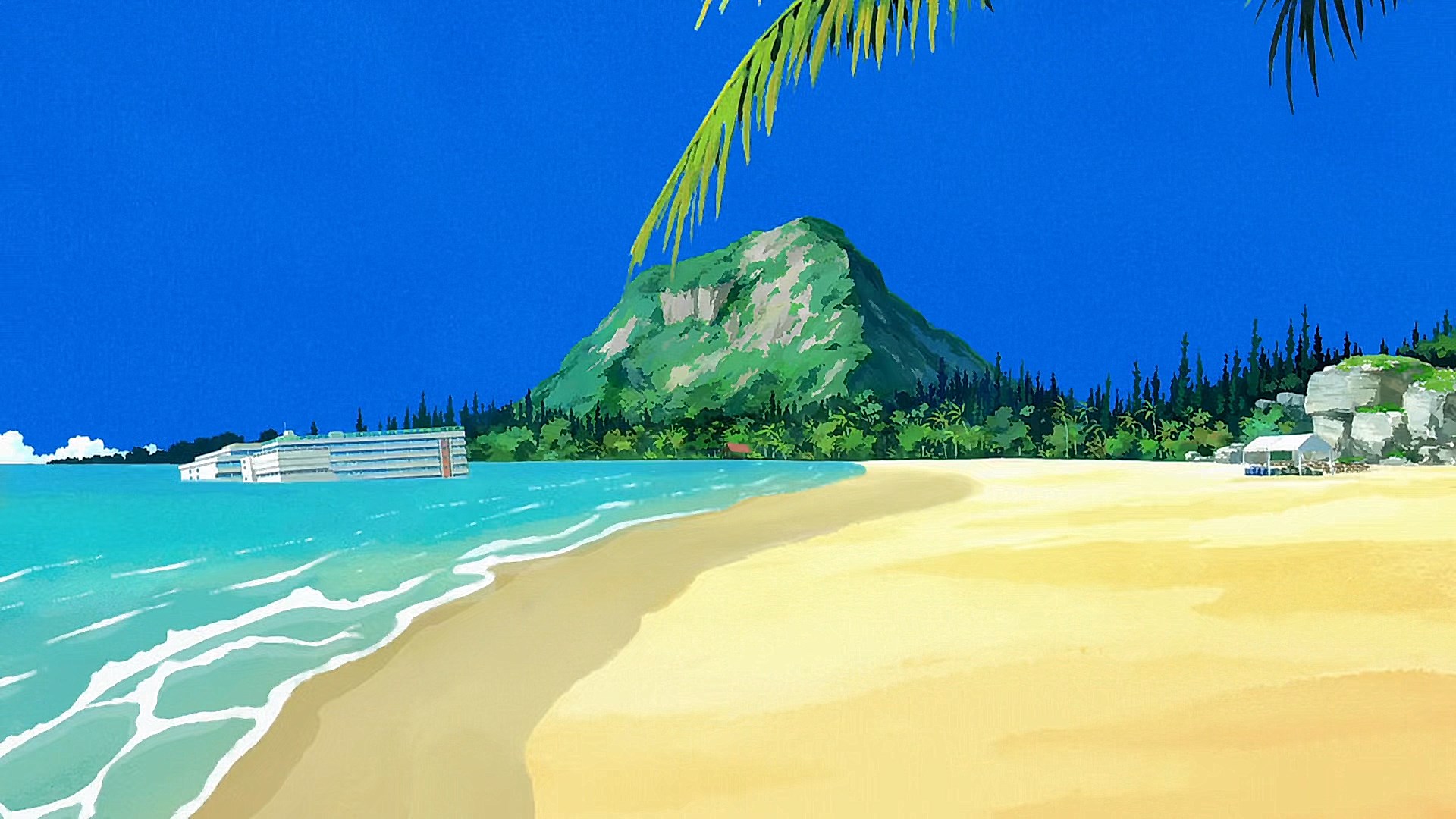 If you read that description, it is quite likely you get a Lord of the Flies vibe as Sonny Boy is a coming-of-age story that also touches on similar themes of freedom, authority, fear, prosecution that the book covers. This emotional, strive is often fuelled by the surreal atmosphere the students find themselves in as the worlds they are present in do not operate under the normal rules of our world. Supernatural and unnatural phenomenon abound, often with no explanation for these events occurring and it is these strange events that often drive the story and characters forward.


It is easy understand how this environment coupled with the superpowers, that is only present in some students, can generate a hostile and suspicious atmosphere that puts the class in a constant state of stress, anxiety and turmoil. At various points these fragile emotional feelings put the students at their final teether as it doesn’t take much to move the group in various direction as their desperation to get home becomes more acute.


So far so good? At this stage I would agree with that viewpoint, at least for the first five or six episodes, which was certainly gripping. If this series had ended at that point (which was possible given what happened in the anime) it would have been one of the better shows of the summer season. However, it is the second half of the show when I felt Sonny Boy began to come off the rails. The symbolism continues so if that is your shtick then you will likely remain happy with how the show develops and if that is you, I can see you giving this a higher score than myself. 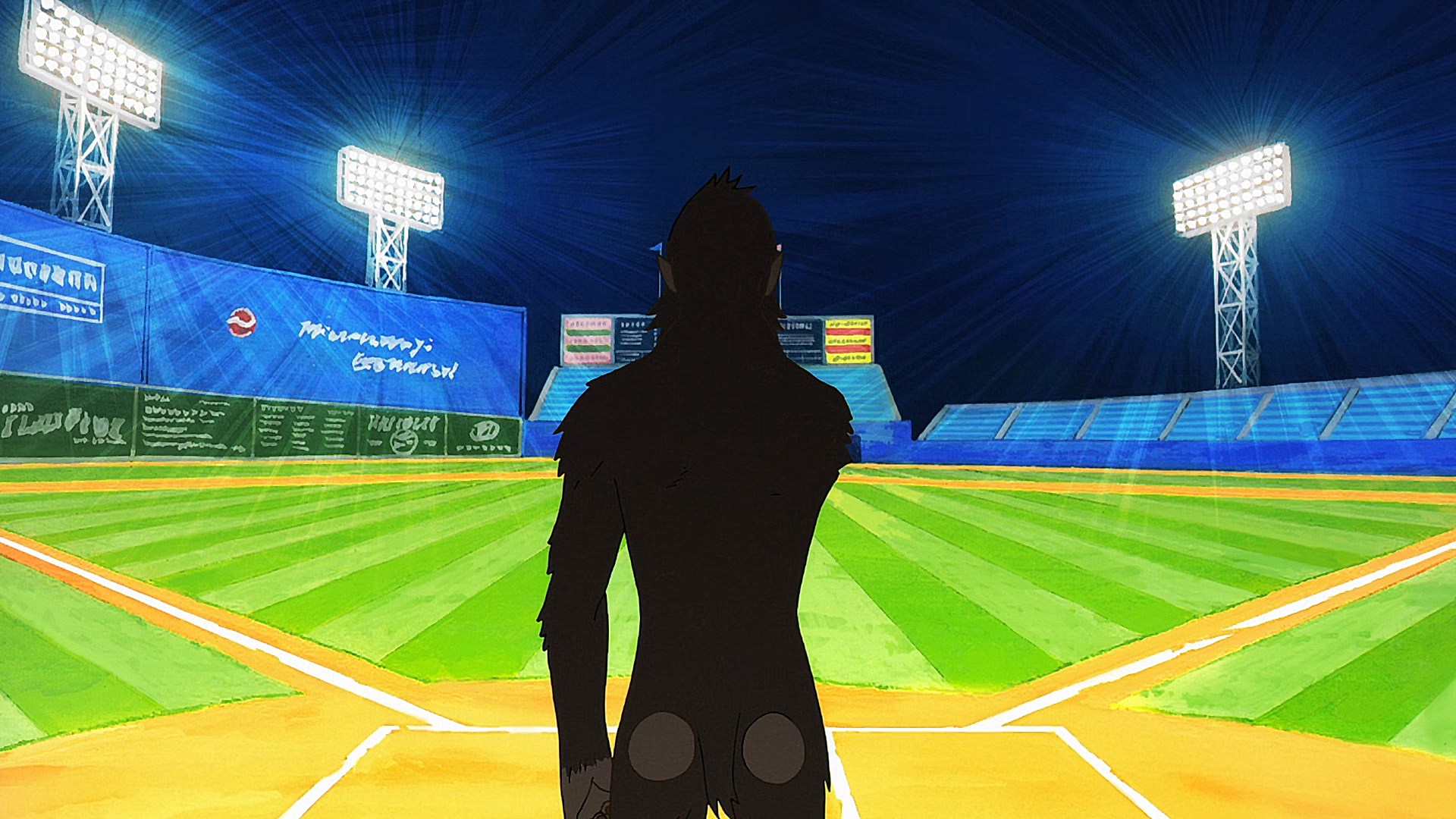 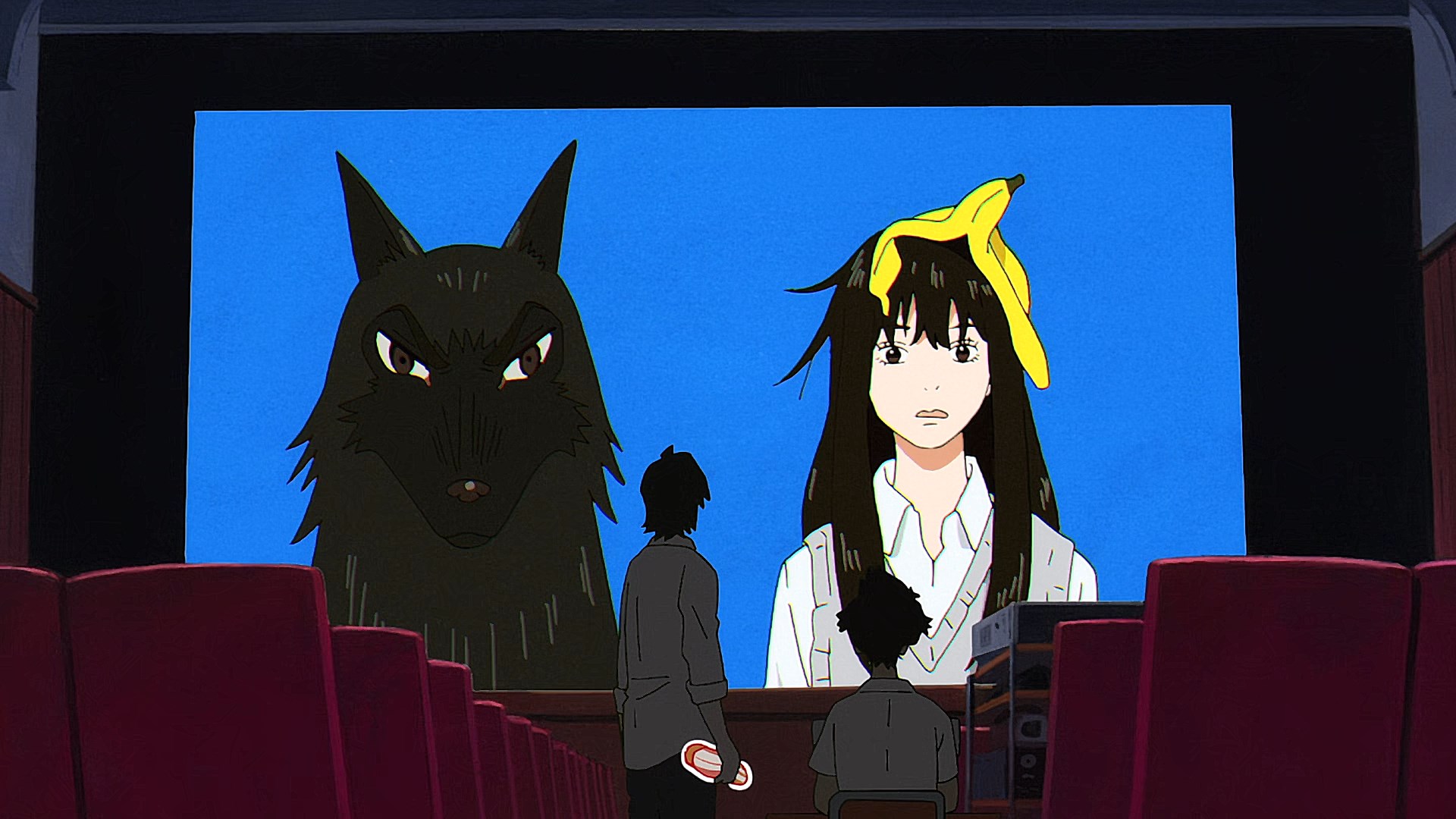 While I am willing to admit that I likely missed some hidden meanings this show provided what I can say with confidence is that many of the themes explored later on were largely red herrings. Sure, in the episode they seemed to be important possibly game changing events but often those themes were never touched upon later on and the questions asked were left hanging. This gave me the impression the series was using symbolism for its own sake and without any actual relevancy to the overall story and character development it felt like Sonny Boy was simply being pretentious. More than that though the fact this happened on more than once with the questions piling up made me question the stories focus and direction which seemed lacking. 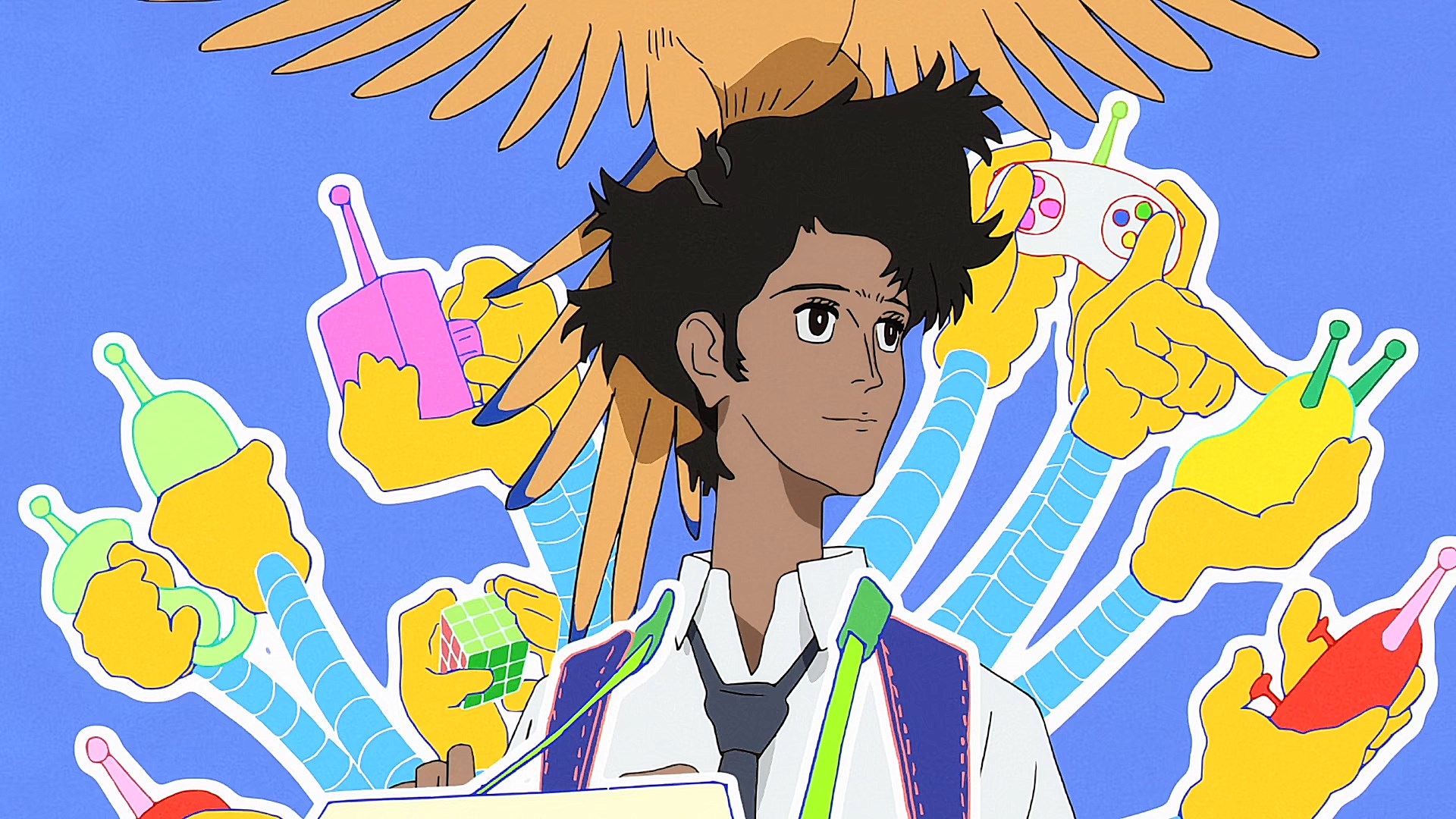 This lack of overall direction was only compounded by the fact much of the cast did not receive much of a backstory and had little character development. This lack of growth was particularly galling given the coming-of-age premise Sonny Boy gave off. This lack development was made all the worse near the end as I got a sense, I was wasting my time on a show that promised much but ultimately delivered very little. I will temper this criticism however by saying Sonny Boy can be enjoyed more if you take each episode as a standalone tale which is actually very possible as each episode touched on an interesting topic. Sure, some episodes may not hold much sway over the overall narrative but on its own they can provide its own source of entertainment.

What is immediately apparent from the beginning of Sonny Boy is the unconventional art style, the vibrant colours and surreal imagery is a constant feature of the anime. It is certainly a draw and selling point for the series but despite these obvious strengths the weakness of the animation is also equally obvious. The character models often lack in detail and this isn’t even limited to the distant shots but also important close-up images when important characters make key speeches. The backdrops, whilst initially striking, also act as a means of budget cutting as the lack of background detail does give a sketchy look that does the series no favours. The music is appropriate and fitting and the ending theme is also solid although it should be noted there are no opening songs for Sonny Boy. The ending theme is "Shounen Shoujo" by Ging Nang Boyz.

Your enjoyment on Sonny Boy will largely rest on your propensity to enjoy a deep mystery show that delves heavily in symbolism and hidden meanings. If that is your thing then likely you will like this a lot. Moreover, this show is best watched SLOWLY so you have time to ruminate over the various the musings this show dishes out. It is better to take the episodes as standalones however as the questions do not necessarily fit into the overall narrative and are often not touched on later.

It is this issue of overall narrative direction (or lack thereof) that is the chief complaint for detractors. Despite the symbolism and questions posed ultimately the progress made is disappointingly little and it is this lack of development makes one wonder if the writers simply did not know how to tie up the loose ends or were just adding complexity for its own sake. What you do have to make peace with is there is no definitive conclusion and what happens at the end is simply open to interpretation and speculation. Personally, I feel that landing a good conclusion is difficult and this lack of conclusion does hinder Sonny Boy as not only are we given no true ending but many of the questions raised are simply left unanswered making you question what was the point of this show.

Story 6.5 – The start is eye-catching, the build-up captivating but like quite a lot of anime shows it cannot build on this good start as the story largely stalls at the midpoint and loses it sense of overall direction. If you can enjoy the individual stories contained within these episodes and are a fan of uncovering the various hidden messages then you will get more out of the story. The ending however leaves a lot to be desired.

Characters 4 – Despite the coming-of-age vibe Sonny Boy seems to project we get surprisingly little character development in this regard. There are notable exceptions but the backstories of characters are largely left unexplored and what you see at the start is for the most part what you get at the end. Given the screen time for some characters this can be quite grating.

Animation/music 6 – On the plus side we get very surreal environments, vibrant colours and an interesting character design. It certainly makes a good job in making Sonny Boy standout in the animation direction unfortunately these good points are undermined by significant loss of details in both the characters and backgrounds. Moreover, those exciting surreal scenes decline in frequency as the series progresses and there will come a point when you begin to clearly see the budgetary constraints this series faced.

Overall 5.5 – Sonny Boy is like Marmite; you either love it or hate it. The metaphors and stories will strongly appeal to some but the lack of narrative and character progression means that symbolism can likely be seen as pretentious acts that ultimately serve no purpose. This, I feel is the source of controversy for Sonny Boy.

If you like a series to have strong plot and character direction this will prove to be a disappointment. If on the other hand you can enjoy a series simply for the messages it tries to convey and are not so bothered about the ending and are more in it for the journey then you will likely give this a higher score. If you are more from the latter group add an extra point or even two to my score if that is really your thing.

I have included a gallery for Sonny Boy which has some wild funky scenes. Check it out especially if you are one to take funky “stimulators”! 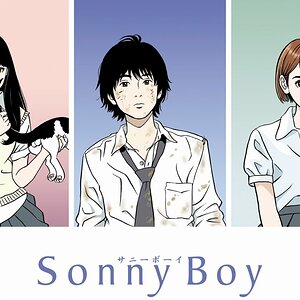 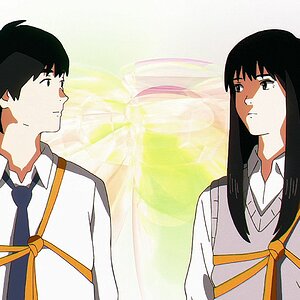 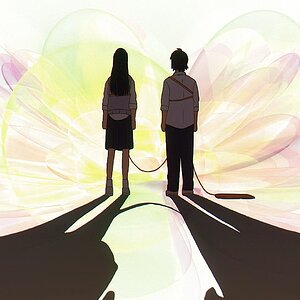 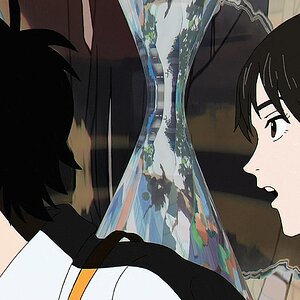 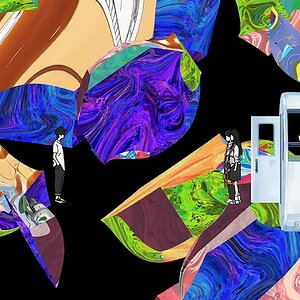 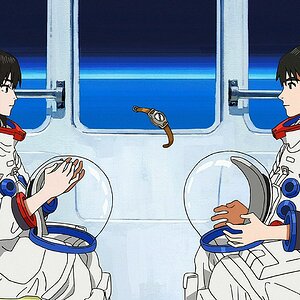 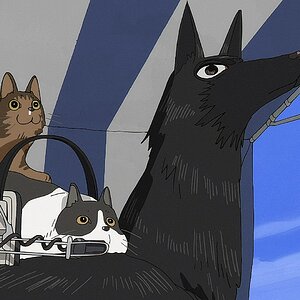 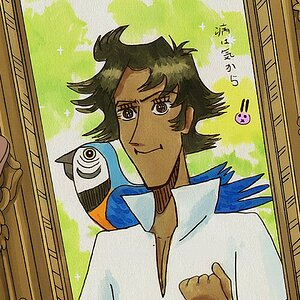 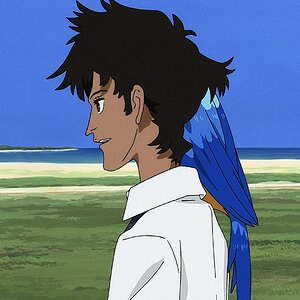