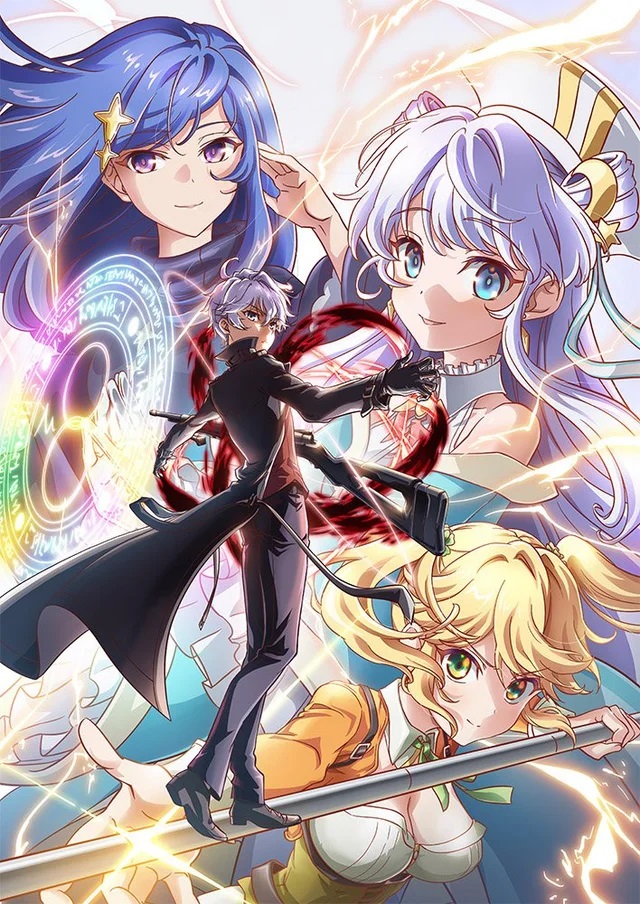 Synopsis: Lugh Tuatha Dé is the best assassin in the world and has worked faithfully for his organisation all his life. On completing his final mission however he is killed in a speculator fashion for reasons unknown. Instead of dying he gets a second chance on life when a goddess decides to revive him. He is given the choice of being reborn as a new person but can live the life he wants. Alternatively he can retain his old memories but then must fulfil a "final assassination" mission: that is to assassinate the hero of the world! All on the goddess behalf! Which option will he pick?

Thoughts: This series lays it all out at the start: cute girls, maids, magic, action complete with sniper rifles. It doesn't try to beat around the bush with its target audience so if you like action with cute girls then this will be for you! It was a great start but what may throw you off somewhat is the change of tone (and pace) as the episode focuses on our protagonist's previous life.

It is after that initial banger of a start when the pacing takes a much more measured approach. Everything up until the end of the second episode is gone through in a more methodical and detailed manner. The first bit being directed at the guys former life. The important bit to glean here is the guy's personality. Later on, when the inevitable happens and the guy goes to the great beyond he is given a choice: come back as a random but live the life he wants or retain the memories he had but then he has to assassinate a hero to pay for this privilege. You and I know what he picks and he does indeed opt for the assassin mission option.

It is here were get a good grounding on his new world and the abilities he possesses. Near the end we also get introduced to a magic user who happens to be a looker. As the promo suggests we will likely get more beauties in the following episode (even the protag's mum was hot) so expect more of the same. The fact our main guy is so serious though suggests that any harem element is unlikely to be a big feature of this anime. Therefore what I expect is fanservice, action, magic and maybe some guns too (the guy is a genius). This one is for the action and girl lover crowd and I have doubts this will carry a universal appeal. 6.5/10 for me.
Click to expand...

The slow and steady pacing is the continuing trend in this anime. Each episode deals with one concept with the third episode delving into how magic works in this world. In a way this episode was a premier in magic usage from Dia. Naturally with the girl being this cute we do get some nice fanservice to keep viewers attention. On the whole this was a good episode that neither dragged or feel rushed given the content that was on show.

The stronger episode however was the next one as we are introduced to our next major character in Tarte. The way she is recruited by Lugh will be a talking point as his methods was quite something. Not everyone will necessarily agree with his methods and it does paint him in, let us just say, a different light. A big chunk of this episode is then devoted to training but there is another interesting development from the goddess. Whether this will materialise into something substantial is another question but it is an interesting twist.

On the whole things are progressing at a steady clip and there is enough going to keep you interested. Plus if the story is a bit slow for your liking you do get quite a few cuties to enjoy in this anime making this a series that can be enjoyed by a bunch of people. I give this a 7/10 for now and look forward in seeing more.
Confused about the monsta review scores? Then check them out with the link here!
You must log in or register to reply here.