Remake our Life! Also known as Bokutachi no Remake is a time-travel romantic/drama anime series that was first released in the summer 2021. The premise of the show centres on Kyouya Hashiba; a 28-year-old office worker who is major fan of the “Platinum Generation” which is a group of highly talented artists. His admiration for the group is tainted with a hint of envy and it is this envy that makes him regret his decision in pursuing a traditional university degree instead of following his true dreams of attending art school and then working in the gaming industry. 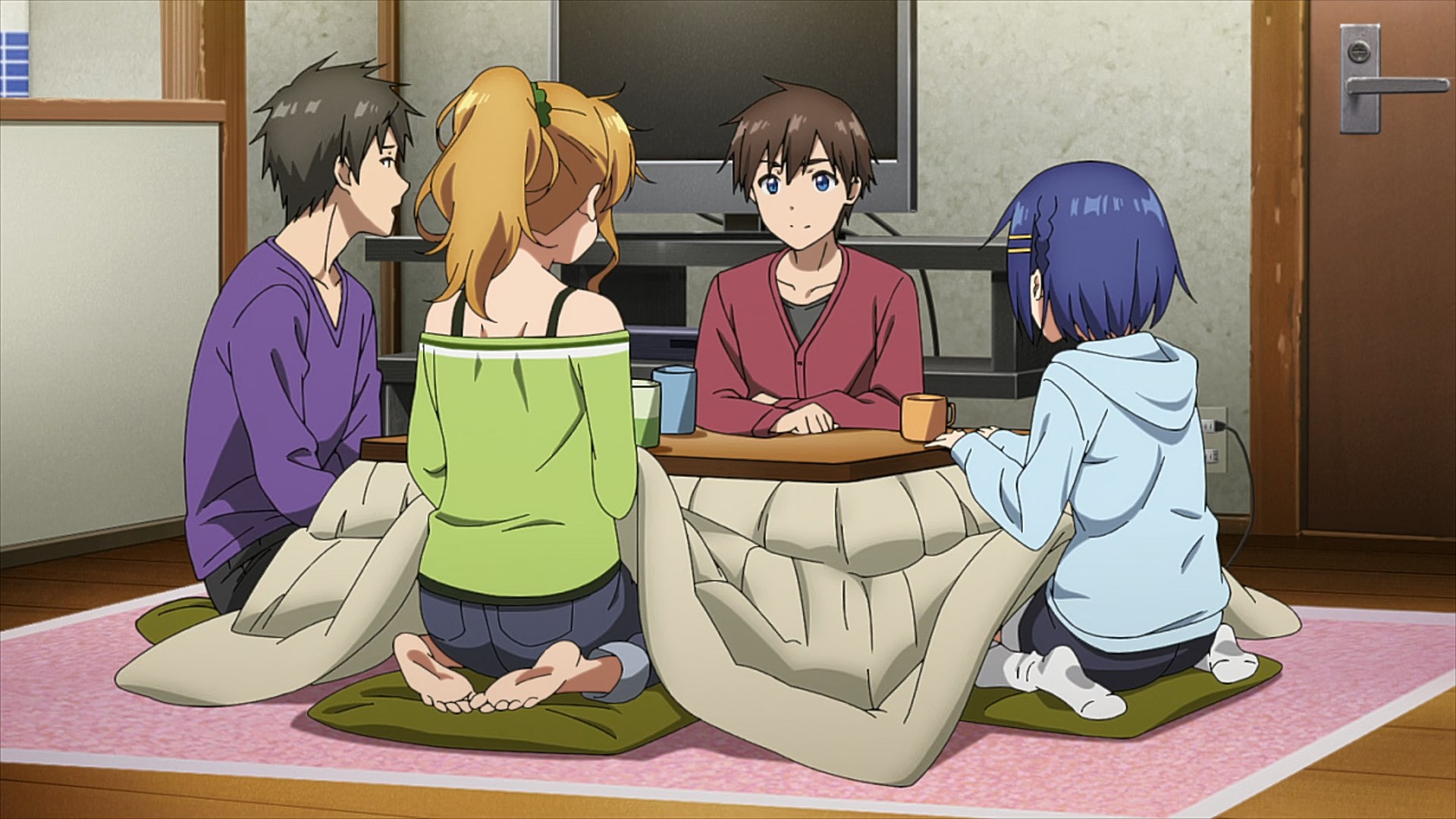 Vowing to make his dream a reality, he decides to quit his job and pursue a career in video games. His entry into the video game industry is a short-lived affair unfortunately as he is quickly made redundant in his new role. Dejected and broken he laments that one cannot get second chances in life. However, by some miracle, Kyouya gets the chance to do just that as he transported back into the past to a time just before he gets to choose his university. Determined to follow his dreams, he decides that this is the time he will join Oonaka University of Art so he can go into the gaming industry and then rub shoulder with his idols, the Platinum Generation!

The premise whilst not exactly original is something that could lead to good things provided the idea is executed well enough. On that score the series does a good job of building on the premise as we introduced to a unique backdrop that is art school. In this school we get a novel insight into the inner workings and tasks involved in the gaming and creative industry. The challenges the characters are presented with are entertaining but more than that the means in which the Kyouya and his group resolve the various dilemmas posed are both creative and inspiring. 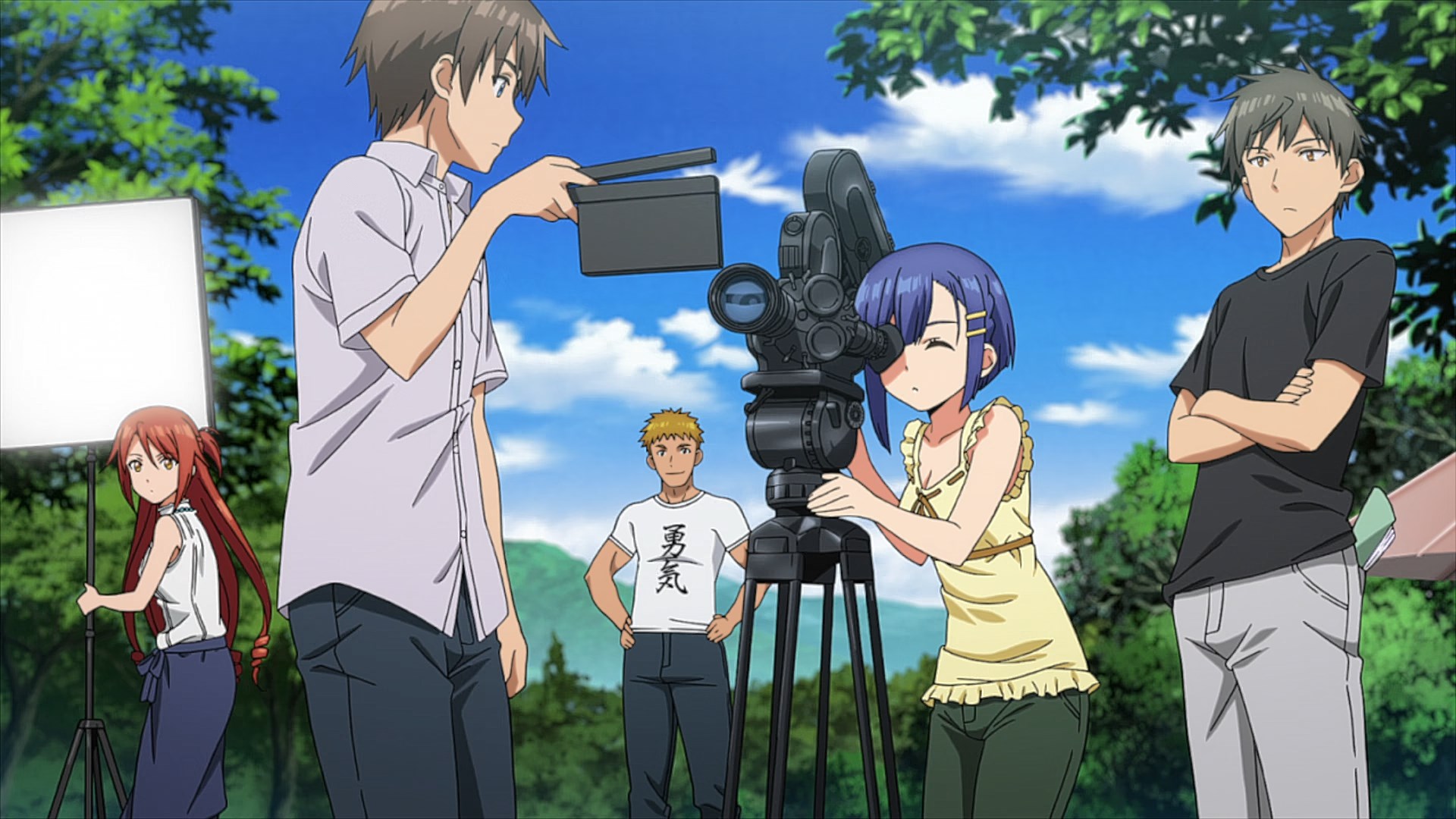 This creative and out of the box thinking certainly underscores the point that Kyouya is a talented individual that inspires confidence in colleagues. This obvious creative talent is refreshing as it is not often we get a genuine reason why the main character receives so much praise from others. It is Kyouya’s initial success that make him gain the trust in the other lead characters, the most notable being Aki Shino, Nanako Kogure and Tsurayuki Rokuonji who are the trio that collectively make up the Platinum Generation.

While all these people respect him, it is ultimately the differences in their personalities that largely drive the incoming drama in the following arc. This is because none of these characters are without their problems, each of them - Kyouya included - have significant character flaws. These issues mean that the while the characters are good people at heart their actions (and reactions) can often lead to outcomes that are less satisfactory.

This drama is a big source of entertainment as we are treated to not just a love triangle but also a major rivalry between the two main male leads and the fiery Eiko Kawasegawa who acts as the friendly foil. All these interactions are developed and well written so if one watches these opening episodes with a keen eye you could make out the major twist that occurs in the 2/3s in the show. The outcome in this major twist is shocking as well as dramatic but it is all understandable given all we know about the characters at this point. The events that happen here are the accumulation off the flaws mentioned previously plus the fact the same mistakes are repeated over and over again. This repetition of mistakes is actually something I found to be realistic as often, people are not aware of their character defects and so commit the same mistakes again and again. 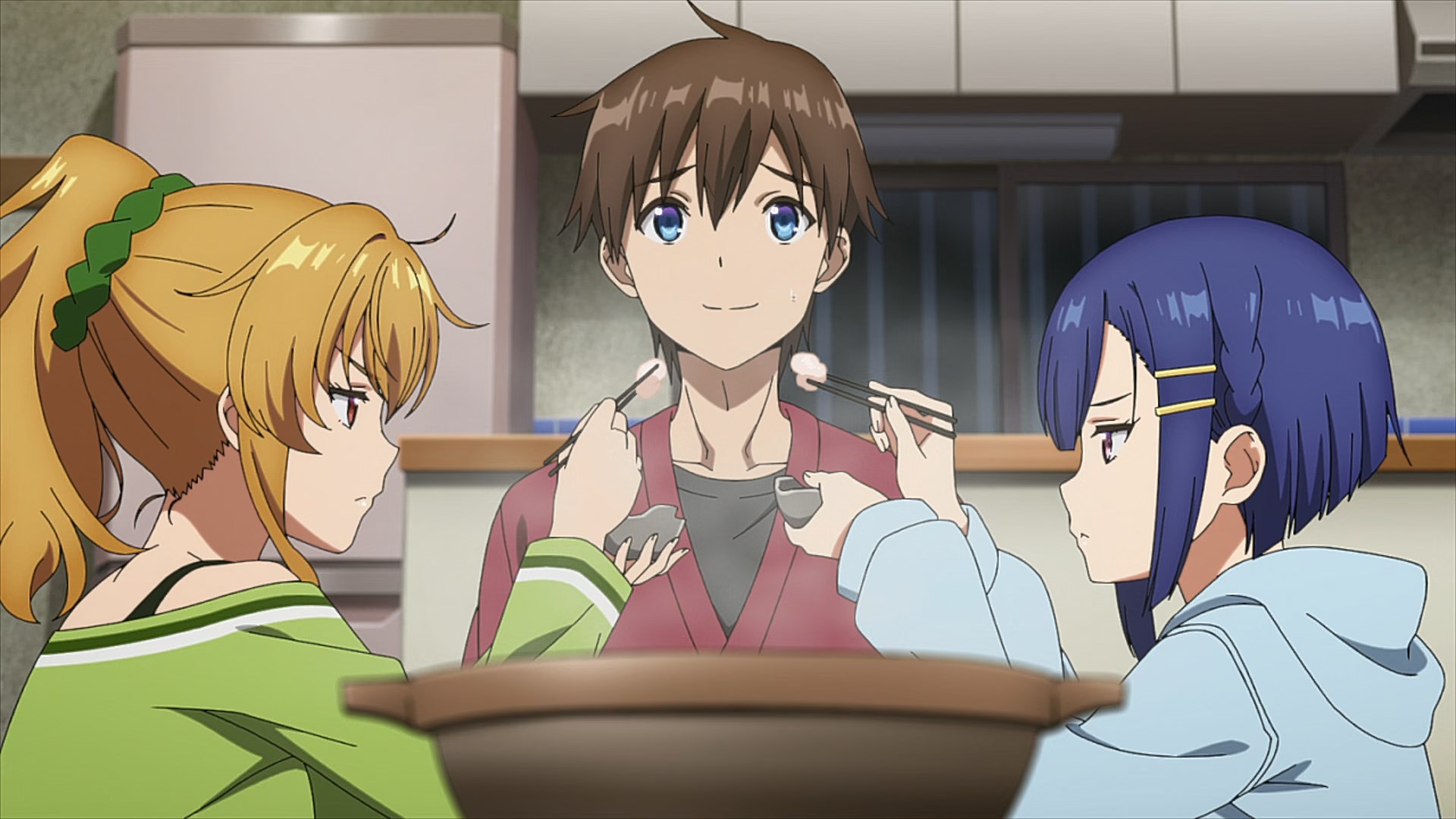 However, it is this twist that will prove controversial. Whilst most people can certainly understand why events happened the way it did; it is an entirely different story whether people like or agree with the events that transpire. I feel the outcomes that come from this event can play a huge influence in your enjoyment for the show. If you can understand and relate to what Kyouya experienced then you will likely have a much stronger opinion of Remake our Life. On the other hand, if you disagree with his actions then your view of the show will be forever tainted.

These viewpoints will only be hardened by what you see in the final third where we get to see the same behaviours and mistakes we saw previously. Depending on what your viewpoint is, this could either garner sympathy or invite further scorn for our main protagonist. These viewpoints are pushed even further in the climax of the show when things are pushed to their logical extreme. Personally, I had no problem with what happened in the twist but I did take offence with choices in the finale but that is only my opinion. Your mileage could certainly vary from mine.

Ignoring this point though I found this final third to be the weakest part of the show. The solutions for the problems encountered here are neither satisfactory or creative. In fact, I found the way Kyouya handled events were rather clumsy and realistically would have faced considerable backlash. Especially in a Japanese setting! What’s more too often the solutions were too reliant on contrived scenarios or plain dumb luck.

Animation for Remake our Life remained consistent throughout the shows running. It was not spellbinding but then this isn’t a show that would have benefitted from great quality anyway as it was not heavily action driven nor was it used to portray futuristic backdrops. What is more notable however is how the producers accurately depicted the software of devices in the mid to early 00’s. Anyone growing up during this era would certainly appreciate the care in conveying those pieces accurately as this was shown in various moments of the anime series. Music was serviceable and did its role well enough but was something that did not stand out for me. The opening was "Koko kara Saki wa Uta ni Naranai" by Poppin'Party while the ending song is "Kanousei" by Argonavisso. 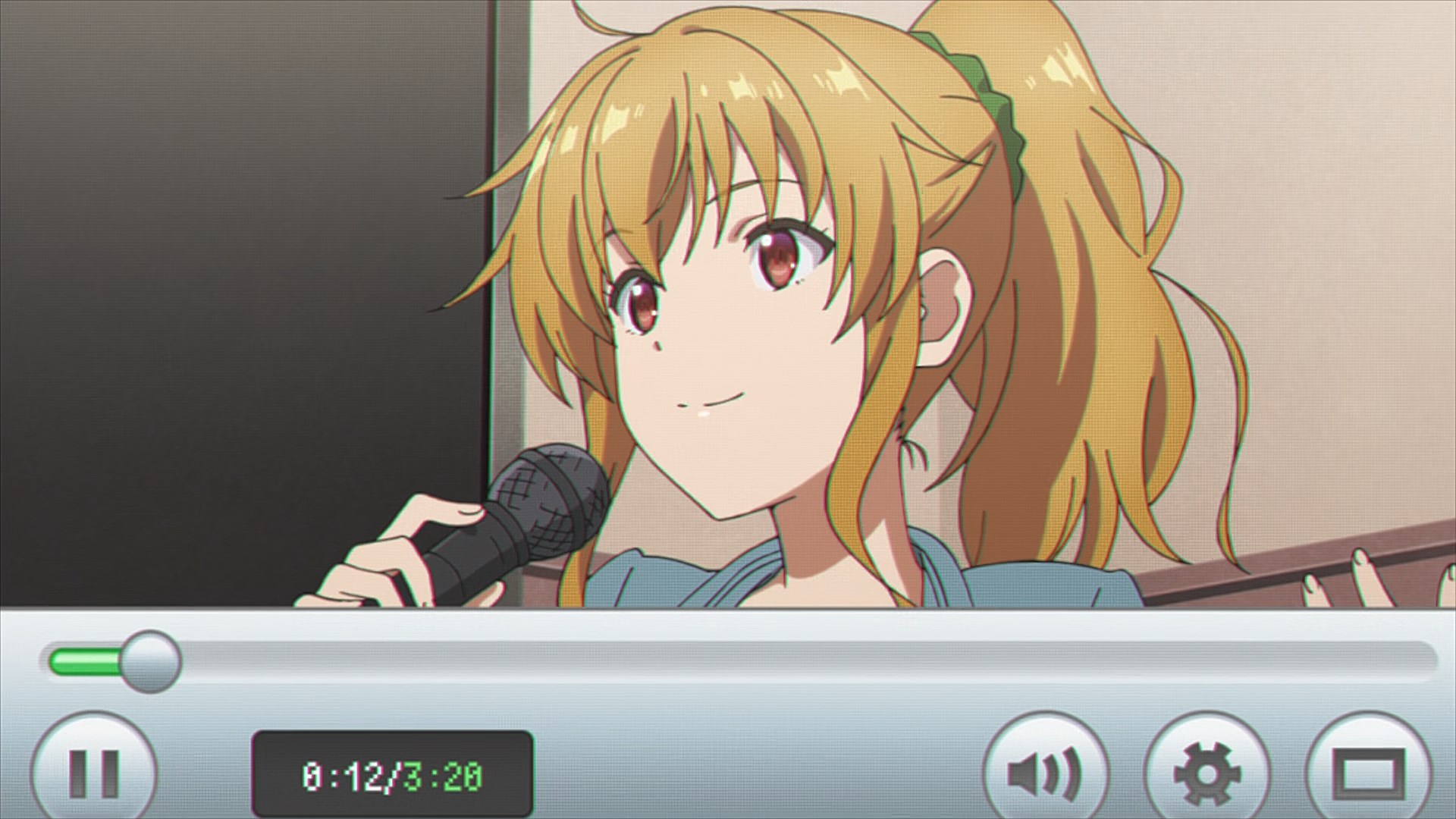 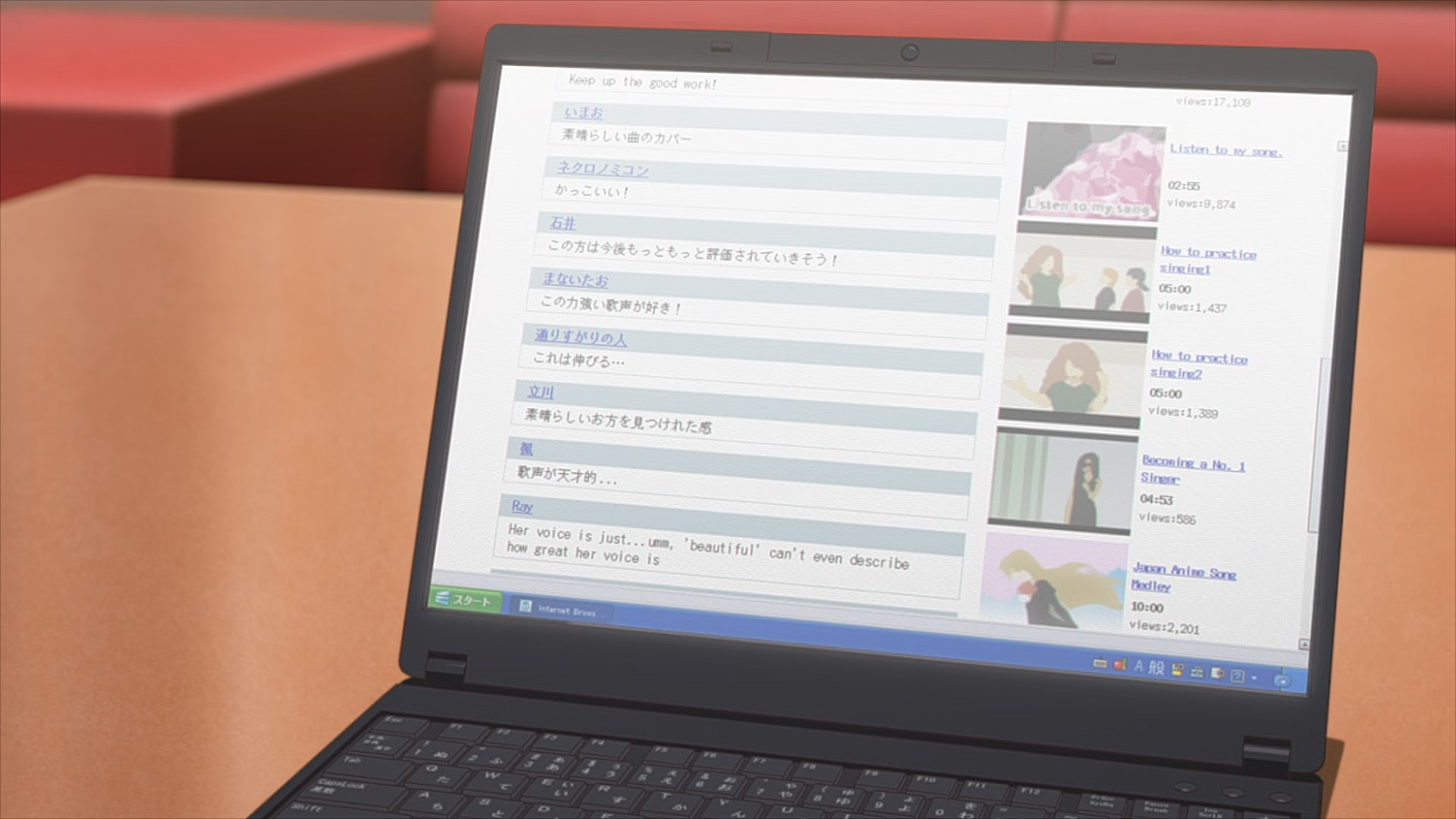 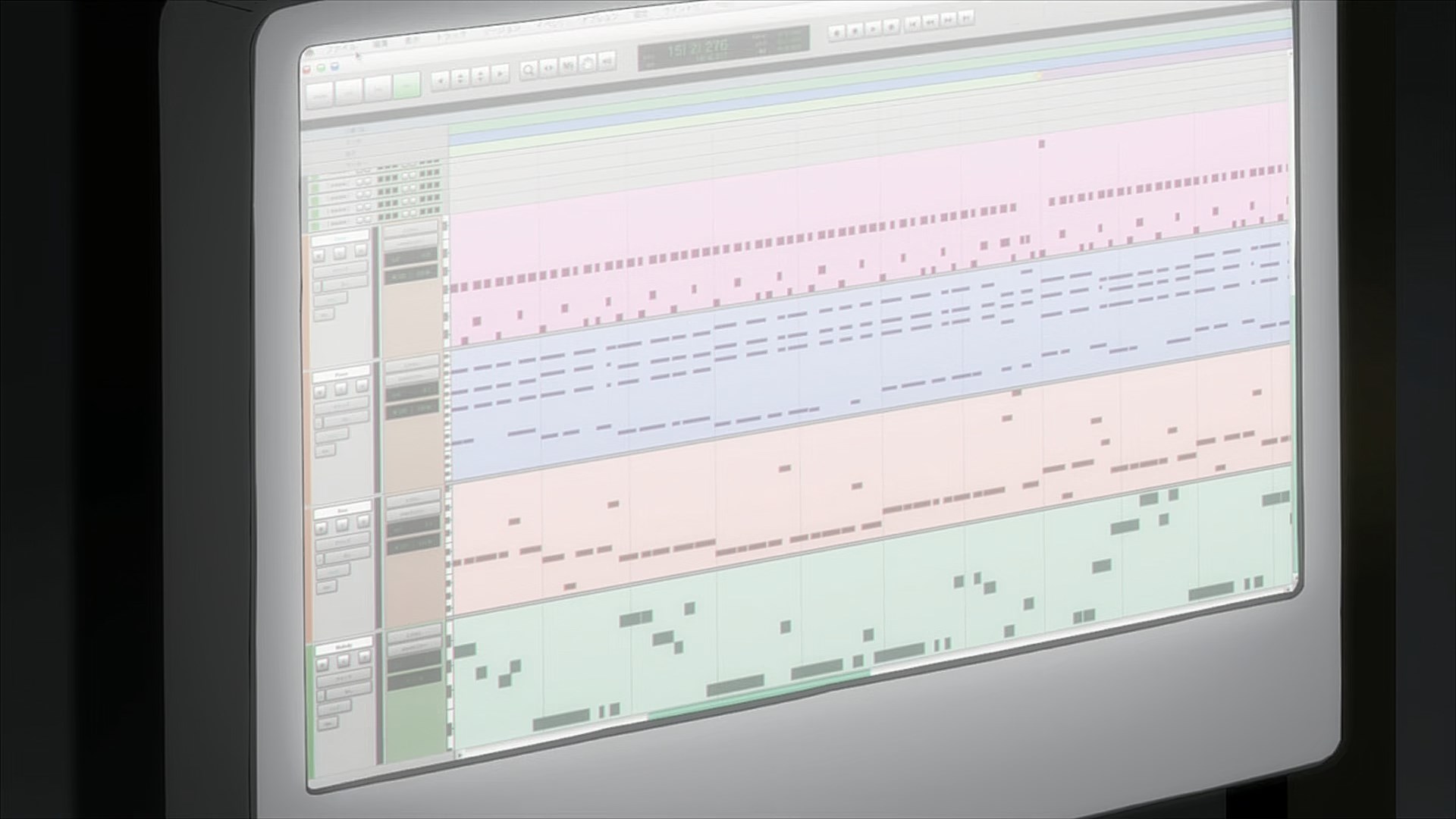 Series that use the theme of time travel can often be intriguing and in many ways that is how I would describe Remake our Life. The premise is good enough but the main strength is how this story is built and the characters developed. The writing in the opening parts of the anime is certainly commendable and whilst the initial time travelling element may have been the big drawing point, it largely plays second fiddle to the drama and romantic elements that quickly becomes the main focus of the show. If drama and romance is your thing then you will enjoy this part in spades as all these events happened in a relatively unique backdrop of art school.

However as before what is well developed and understandable does not necessarily translate to it being enjoyable. The biggest issues in Remake our Life lie not just in the final third but also in the characters themselves. Kyouya himself will be a controversial figure that you can either love or hate (this will likely be determined by the twist). This issue extends beyond him however as while the main leads are certainly developed, they are not necessarily likeable. For one, the girls generally followed the classic anime tropes too rigidly plus for the one that actually didn’t, she felt like an empty taxi. As much I understood them, they did not generate enough emotion for me that I would be very interested in a second season. If you want shows that involve redoing your life then I would suggest Relife to be a better series than this. However, take this last point with the disclaimer I did not like the decisions Kyouya made in the series finale so that may have tainted my opinion of the show.

Story 6 – Decent premise which is built on nicely give this series a lot of initial promise. Things reach a dramatic climax two thirds into the show and this is largely a turning point. Personally, I was okay with the twist but the final segment was largely average and not nearly as good as before. This weak end was only compounded by the finale which was largely lacklustre.

Characters 6.5 – The characters are well developed and if one pays close attention, you can certainly identify the weaknesses they have early on that spurs them to take the actions they did later. However well-developed doesn’t necessarily mean good as whilst I can understand the reasons behind their decisions the show did not do enough to make me care. What I found lacking was the charm and charisma these characters had which ultimately meant I was less interested in wanting to see future seasons/ovas/movies.

Animation/music 7.5 – Solid and consistent is the animation in a nutshell. What was also nice was seeing the old interfaces for the early to mid-00 era devices that will add a nostalgic touch to anyone growing up in that period. Music was serviceable but not special.

Overall 6 – If you like love triangles and drama then this series will likely appeal to you. There is plenty to be had here plus the unique backdrop of art university gives this a unique flavour. What’s more with the characters carrying a degree of nuance it makes the climax all the more dramatic.

Biggest issues for the show are the girls sticking too rigidly to the classic anime tropes. What’s more the final third plus ending are the weakest part of the show. All in all, this could have been a great show but the flaws it had dragged the series down.

There is a large library of Remake our Life pictures that can be found in the gallery. Click on the spoiler tags to view this gallery! 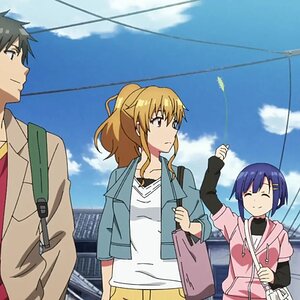 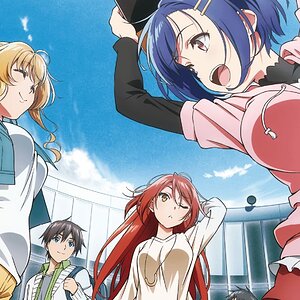 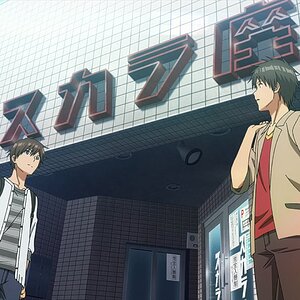 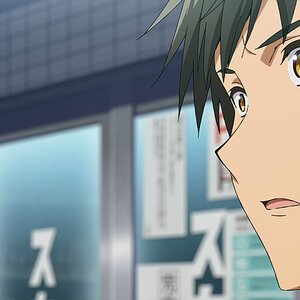 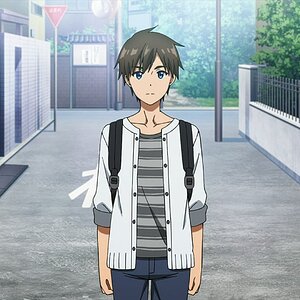 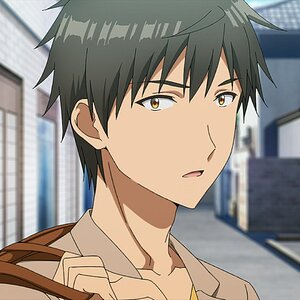 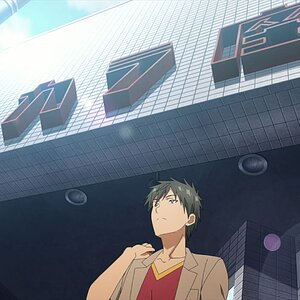 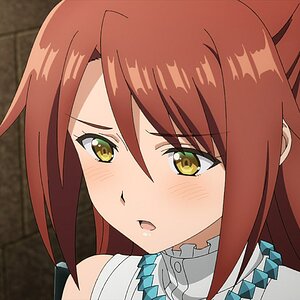 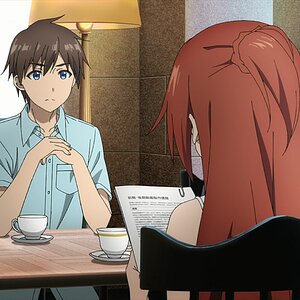