The Washio Chapter is actually a prequel to the original Yuuki Yuuna season although if you want to get the most out of this franchise I would still recommend watching the original Yuuki Yuuna over this. I say that because the revelations mentioned in this Washio chapter will spoil a major twist in the first season. In terms of the target audience this will be great for people who like slice-of-life anime or magical girls and is suitable for veterans and newcomers alike. The ending is stronger here and this chapter is an improvement over the first season. 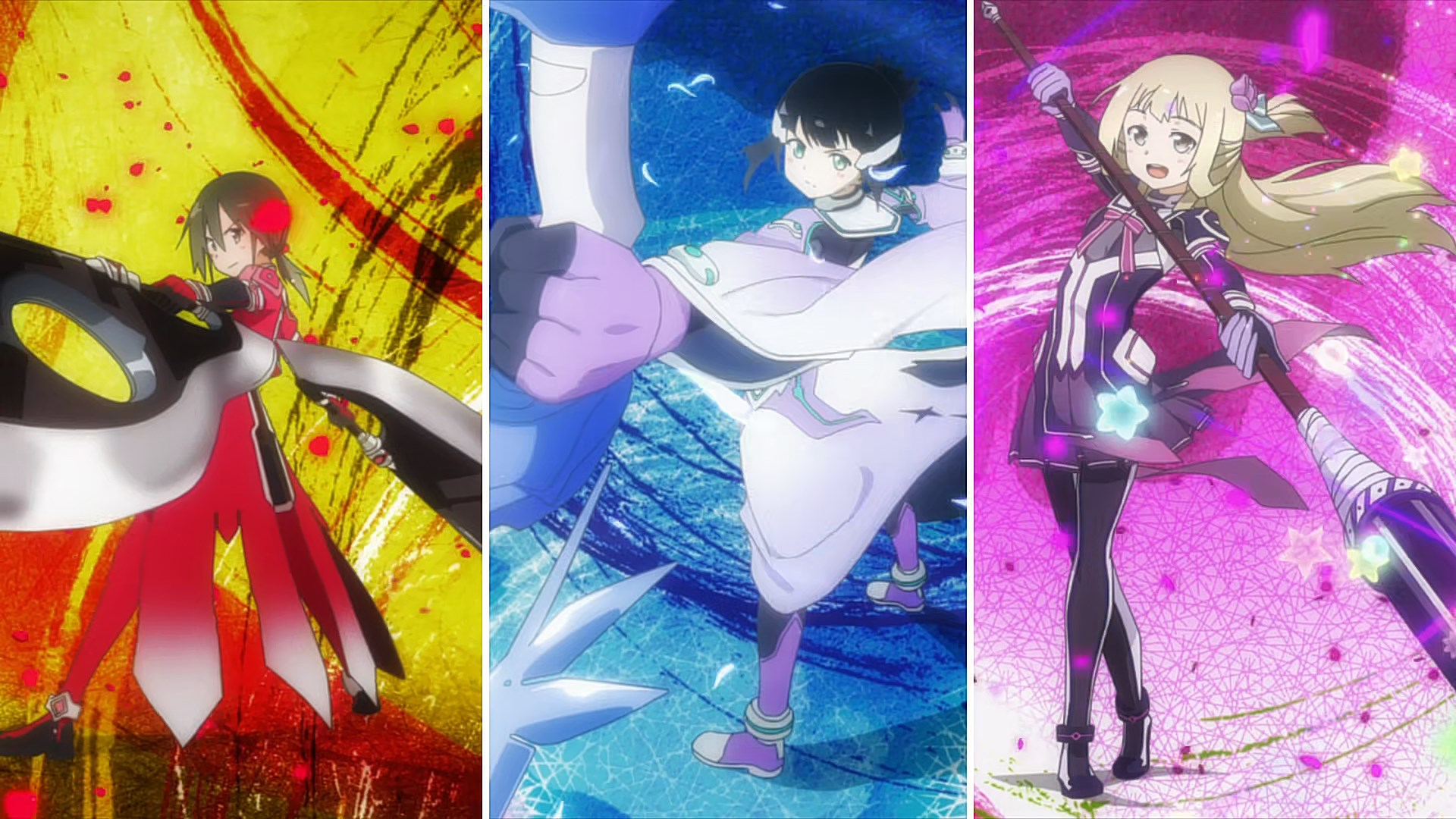 Despite this being a prequel to the original it is recommended you watch season one first for many of the revelations made in this anime will act as a major spoiler to the original. If you do not want to be spoiled to a season that is twice as long then avoid watching the Washio Sumi Chapter first! The purpose of this season is to add backstory for Mimori Tougou and provide clarity to the origins of the hero unit that we saw in the first season. Moreover, with the knowledge we gained from Yuuki Yuuna we are able to fully grasp the contents of the ending for the Washio Sumi Chapter that is likely to be lost (somewhat) to newcomers. 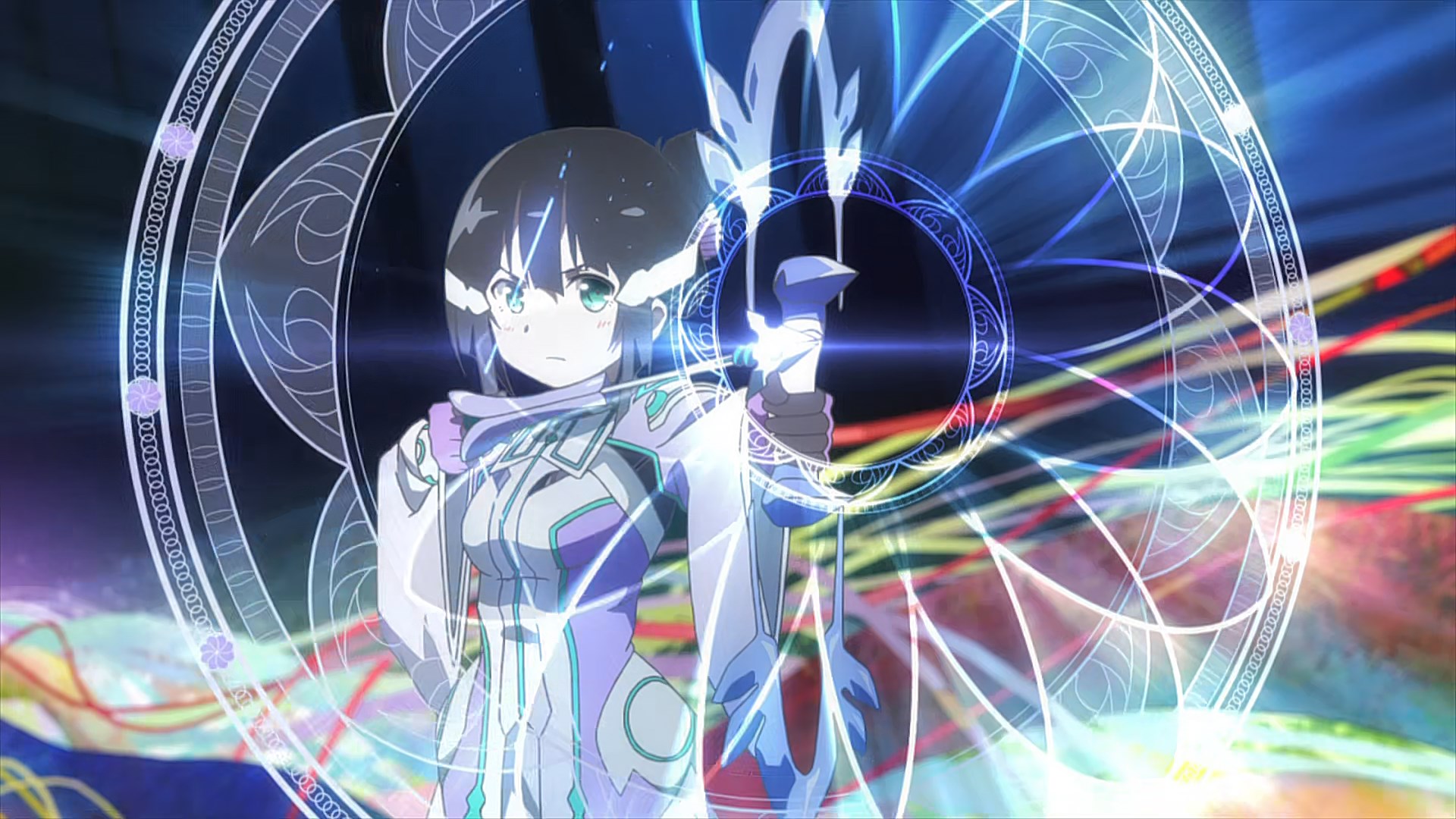 The Washio Sumi Chapter starts in a similar fashion to its predecessor with a rollercoaster ride of an opening episode. It starts in a typical mundane manner but things are quickly turned upside down only for us to get some heart-warming moments right at the end. It is a good opener that will likely stir various emotions from the viewer. At the same time, you are not quite sure where this anime will go as the first episode has a bit of everything.

In the subsequent episodes the focus is clearly on our three main girls; Mimori Tougou, Sonoko Nogi and Gin Minowa. I got to say, the trio have a great chemistry with one another and from the first episode we get some sweet moments as they all share similar characteristics of being friendly but shy, at least initially. The friendships that grow carry a more organic feel than what I saw in Yuuki Yuuna the original and it was entertaining to witness not just their individual characters slowly blossom but also how they interacted with each other. The contrast between the overly serious Mimori to the chilled out, laidback and disorganised Gin was always amusing to watch. 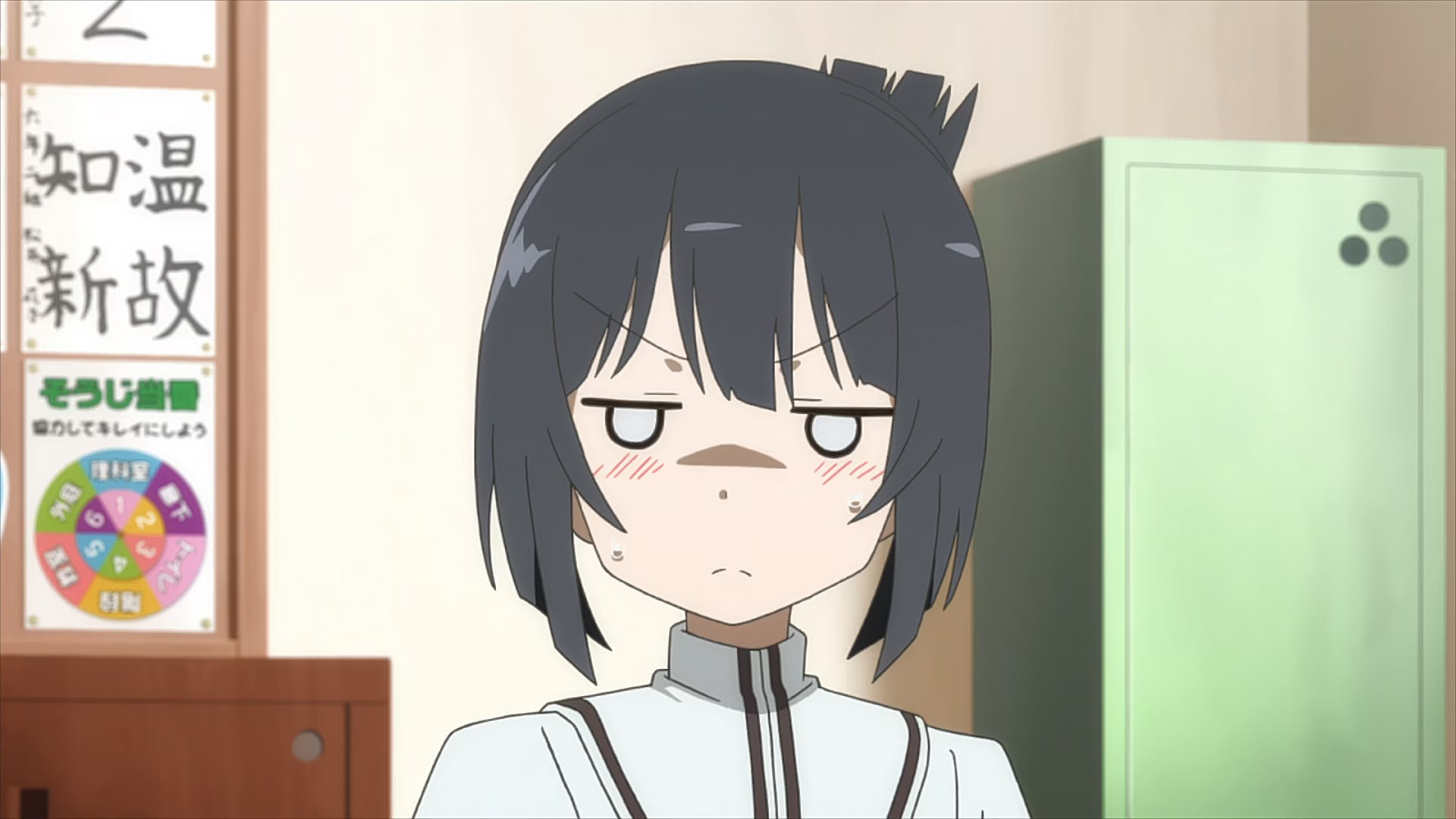 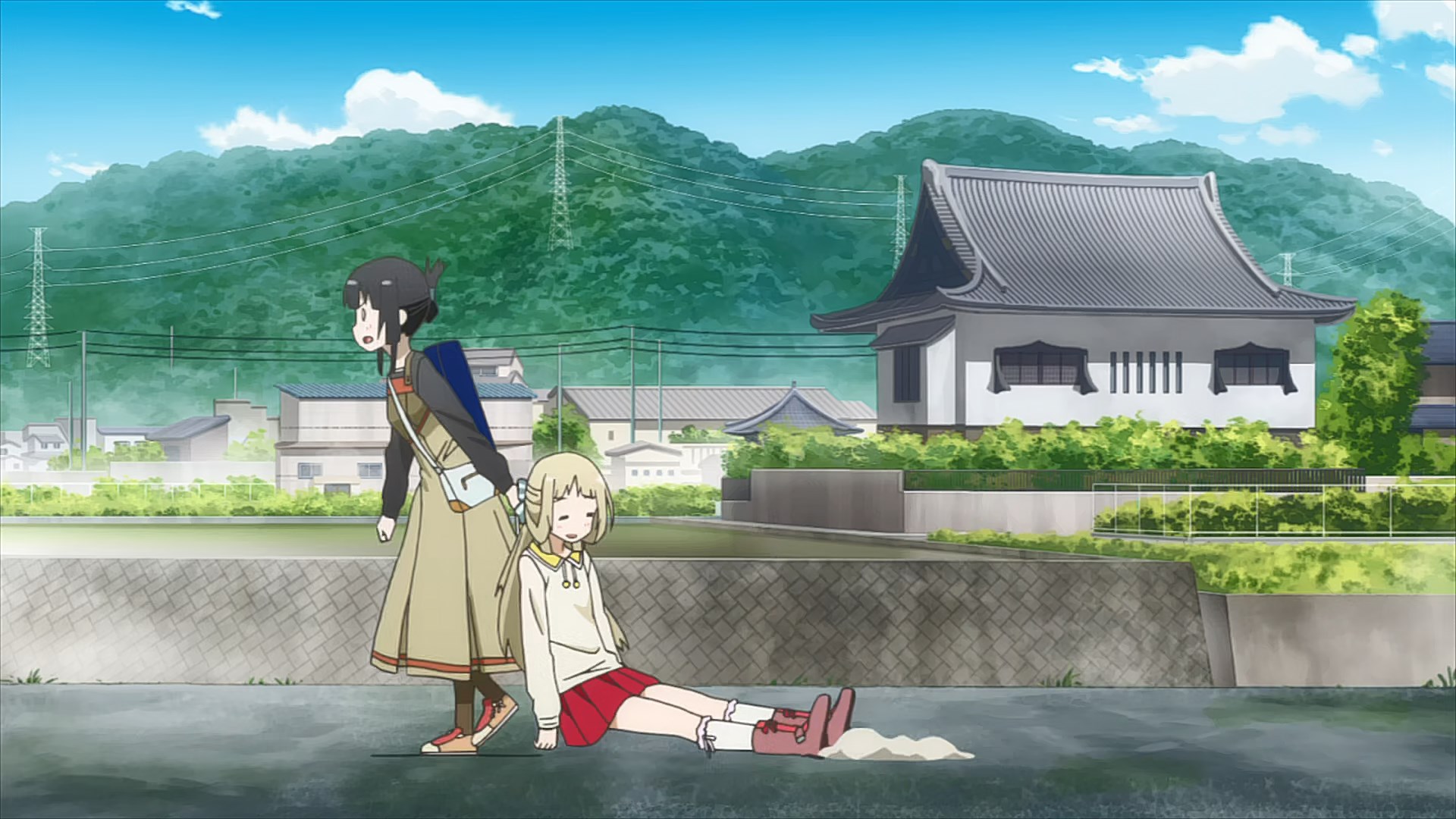 Saying that the next three episodes in this mini-series largely follows the typical slice-of-life comedy script that whilst entertaining can seem like a drag if you went into this show expecting something more serious or wanted to learn pressing answers to the pressing questions raised from the original season. Things do take a dramatic turn as the series takes a decidingly darker tone later in the show when the plot finally kicks on.

What makes this shift in tone especially poignant is two-fold; the character building done in this early segment whilst perhaps a little too long does an effective job in getting us attached to our trio of girls. That plus the fact that events prior to the big event have largely been happy go lucky even comedic that you almost got the sense this would be a simple slice-of-life show. That is definitely not the case and you do need to beware there are dark moments in this anime! 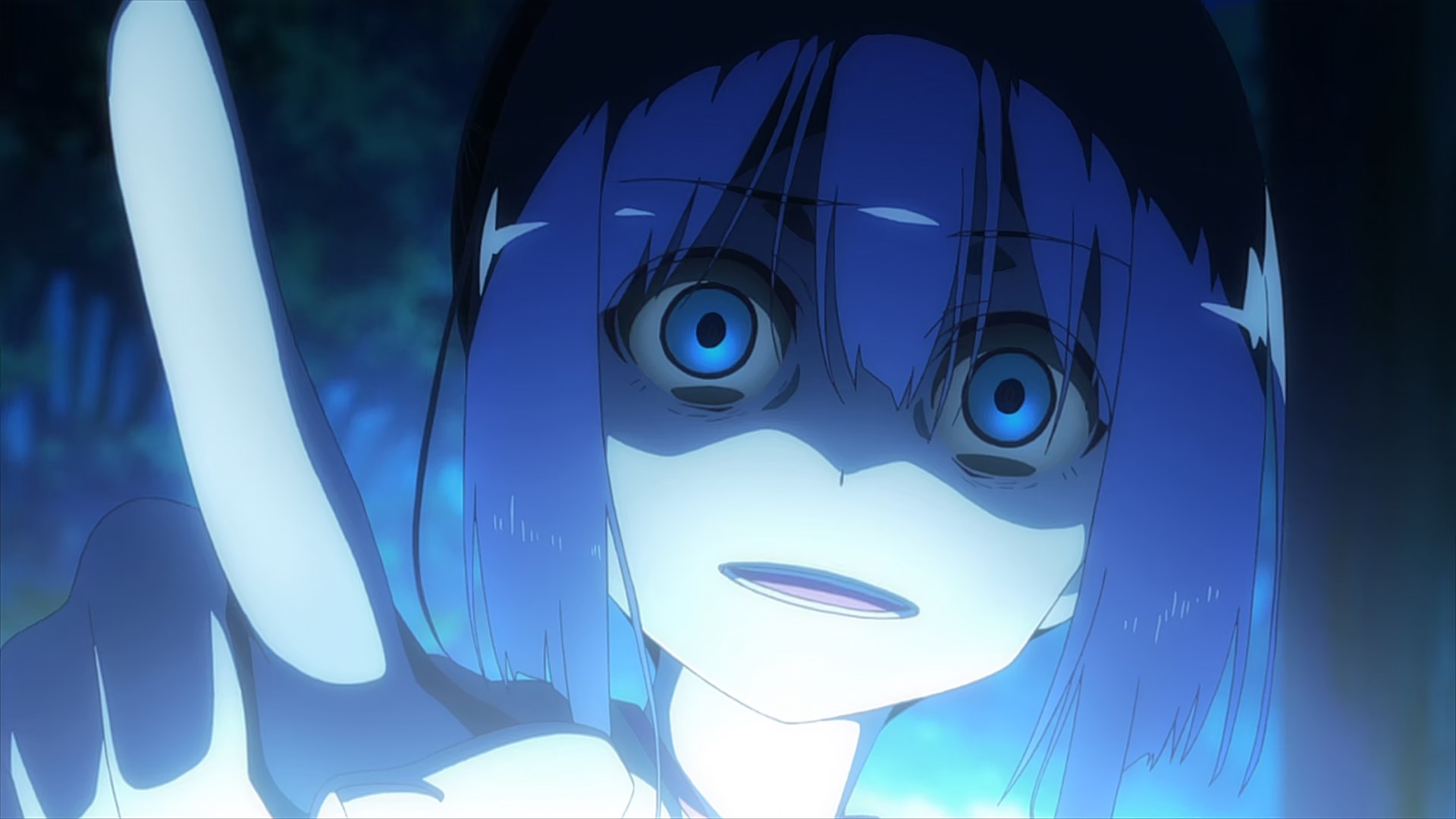 It is at this moment, when the series gets darker and the plot moves at its greater pace as we learn the biggest details of not just this season but also gain clarity over the events that occurred in the original Yuuki Yuuna. For newcomers the ending will be especially shocking as some of the details revealed in the original will be news to these viewers.

In this regard newcomers will like the ending for the Washio Sumi Chapter even more than people who already saw the first Yuuki Yuuna season. This may sound like a case for watching the prequel first but this extra joy will come at the expense of becoming majorly spoiled to a big plot twist from the original series. Considering the original is the longer show and the twist is bigger to boot I would recommend it is best to watch the Washio Sumi Chapter second.

In my case (after watching the original series first) I found the ending here to be more powerful than the first one as this Washio ending provides answers to the final events of the Yuuki Yuuna ending. This was a big relief considering the rushed nature of the season one ending. On top of that we do get some answers to how the hero unit works which was another plus.

The animation in the Washio Sumi Chapter is of a similar standard to the original Yuuki Yuuna series and remains solid throughout. In the early episodes we get more chibi and cartoony shots as the early part of the series goes heavy on the comedy and slice-of-life act. The action scenes are similar to before as we still get to enjoy the scenic backgrounds of the barrier when the girls fight.

The opening and ending animation sequences are stronger in this season and I enjoyed the music for this opening. This was "Egao no Kimi e" by Suzuko Mimori. Like before there are multiple ending songs in the Sumi Chapter with these being: “Tomodachi” by the seiyuus of the three girls, “Tamashii” by the seiyuu of Gin Minowa and “Yakusoku” which is duet between the seiyuus of Nogi and Mimori. 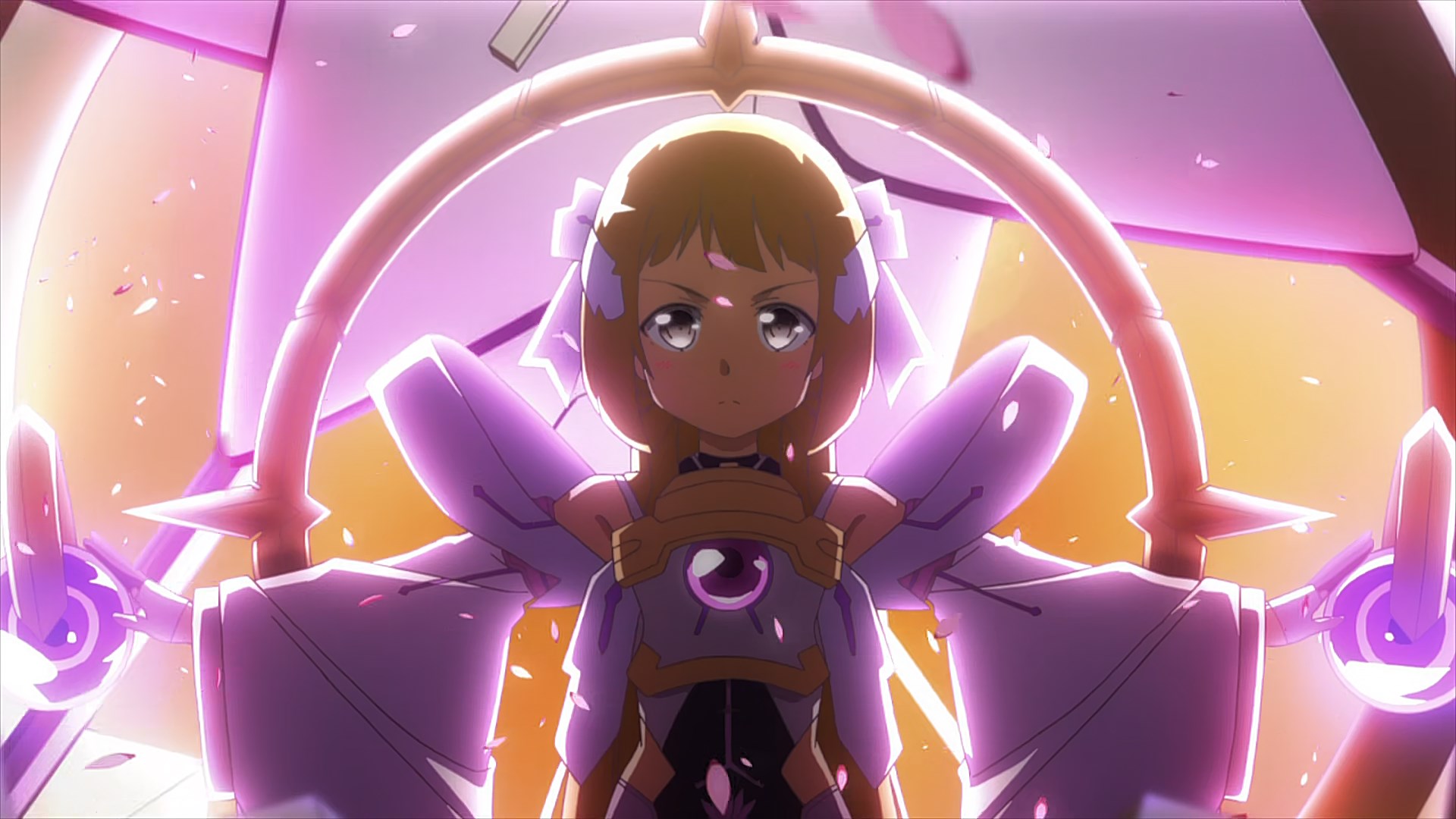 The Washio Sumi Chapter is a solid edition to the Yuuki Yuuna franchise for veterans and newcomers alike who will gain different things from this anime. If you are a veteran then the Sumi Chapter will add clarity to the final events of Yuuki Yuuna. Newcomers will get even more bang for their buck with this season finale as the revelations will be that bit more shocking. However, this extra joy does come with the caveat that the reveal you gain here will come at the expense of already knowing a major plot twist from the original season thus your enjoyment of the main series will be diminished.

What should be noted is whilst the original Yuuki Yuuna had significant slice-of-life and comedy moments that is pushed even further in the Washio Sumi Chapter. If you want to watch a dark magical girl series then the middle part of this anime will prove to be a frustrating experience. If you can get over that hump however then you will be rewarded with a stronger ending.

On the other hand, fans of slice-of-life will love this bit as not only are the moments good by itself but they work even better in this anime given the chemistry between our three main girls being that much stronger. This good chemistry does act to elevate the drama that comes later so beware of that. On the whole this is a show I would recommend to existing Yuuki Yuuna fans or fans of the magical girl/slice-of-life genre and perhaps even yuri fans.

Story 7 – Like its predecessor, the Washio Sumi Chapter starts on a strong note as the season opener has a bit of everything. The following episodes will likely generate a more mixed response as it runs pretty much as a slice-of-life/comedy series. If you are a fan of these genres then your enjoyment of the overall series will be even greater if not then this will be the painful part of the anime. Things do take a swift turn though and it is here when the plot goes on high gear with revelations for old and newcomers alike.

Characters 8.5 – Not only are the characters of Mimori, Gin and Sonoko very likeable from the get go but the chemistry and the way their friendships develop is stronger and more convincing than the original. It is this strong cast and chemistry that makes the plot work effectively as it is their strong bonds that ultimately elevate the drama of the final climatic moments of this anime.

Animation 7.5 – The standard is solid and consistent like before with no significant declines in quality. Like before some of the battle scenes do deploy some CGI animation but it is blended well, perhaps even better than before so it is not all that noticeable. The musical score is also better this time round and the animation that accompanies those sequences is stronger too.

Overall 7.5 – A solid addition to the Yuuki Yuuna franchise. This is one to recommend for fans of the original Yuuki Yuuna, magical girl or slice-of-life genres. This is a series of two halves with the first largely devoted to character building/slice-of-life and comedy. The dark moments come later and the shift is both swift and dramatic. It is shocking almost jarring. This moment does set the stall for the rest of the series as the plot becomes the main focus of the anime. It is here when we get the most answers for the questions raised in the original Yuuki Yuuna series. 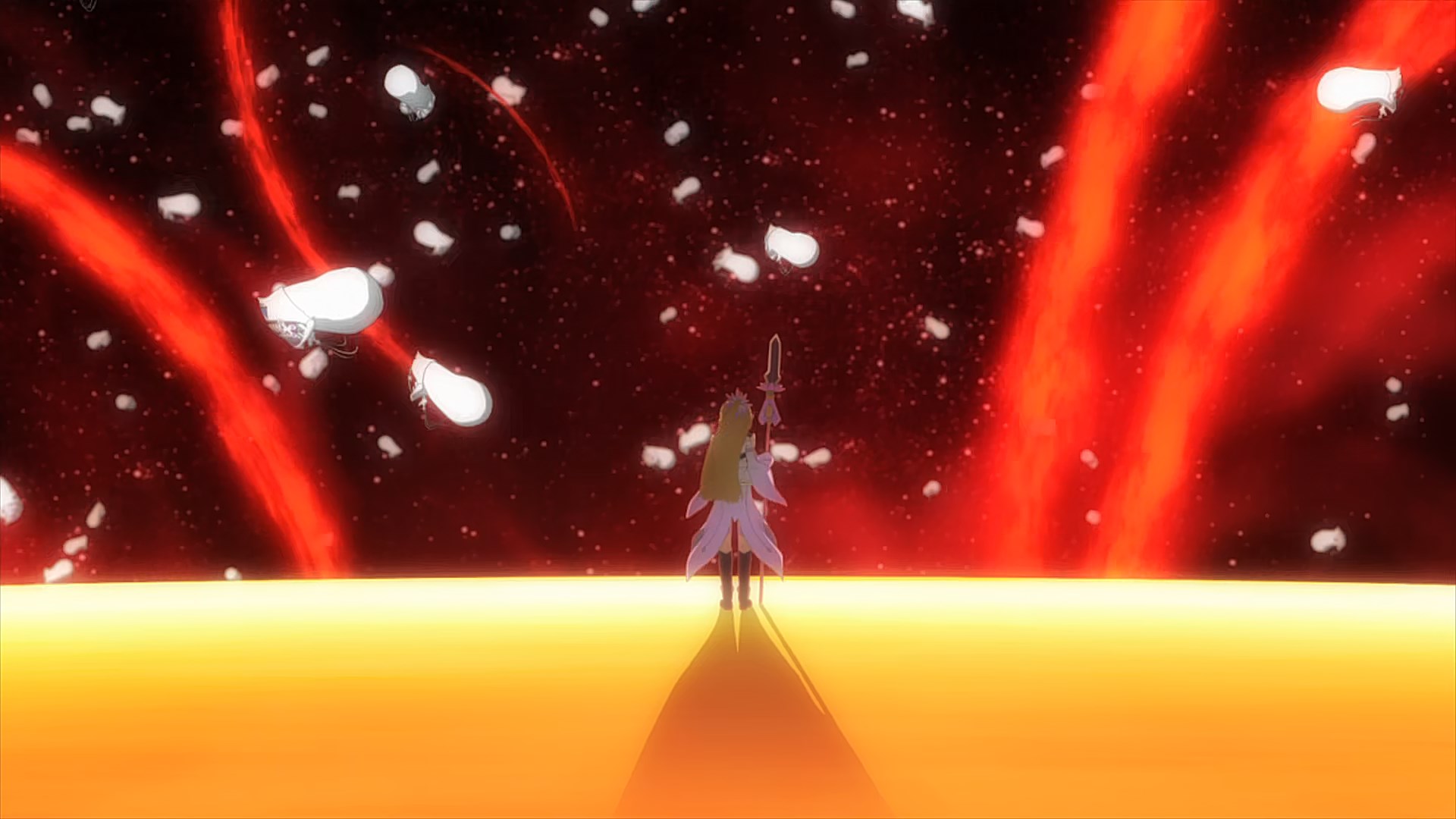 The link below contains a link to the gallery of the Washio Chapter if you want to see these magical girls in action!: 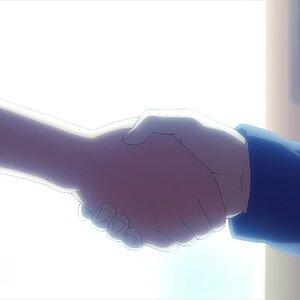 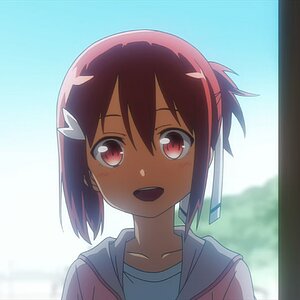 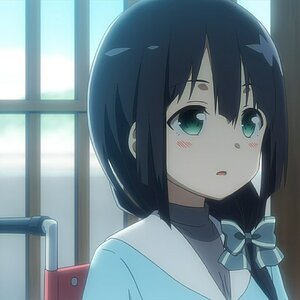 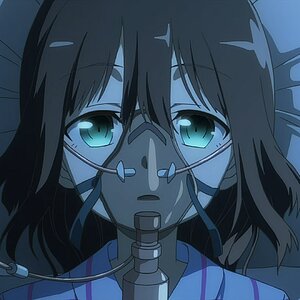 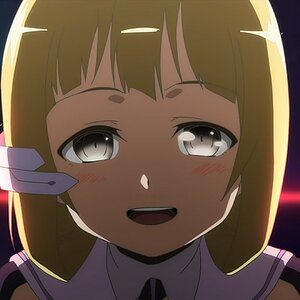 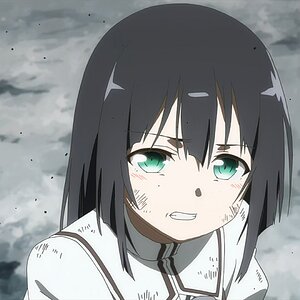 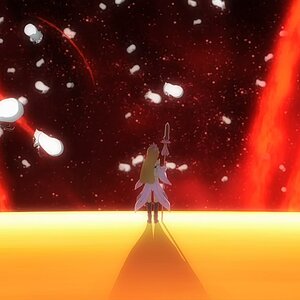 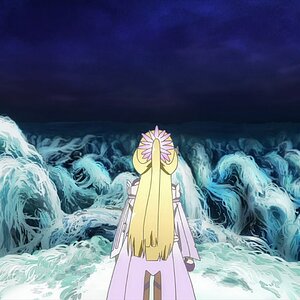 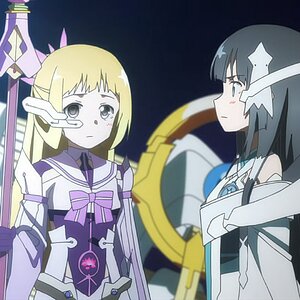 Yuuki Yuuna is a Hero The Washio Sumi Chapter