Like cooking or simply like to pig out? Then I got a series for you and that is Restaurant To Another World where the main "characters" are the delightful meals on offer! Come enjoy the meals and on the side we got a bunch of rowdy and eccentric diners who will entertain you with their stories from a land far away! Yes this is a quirky series for those who like their anime to be a little different. 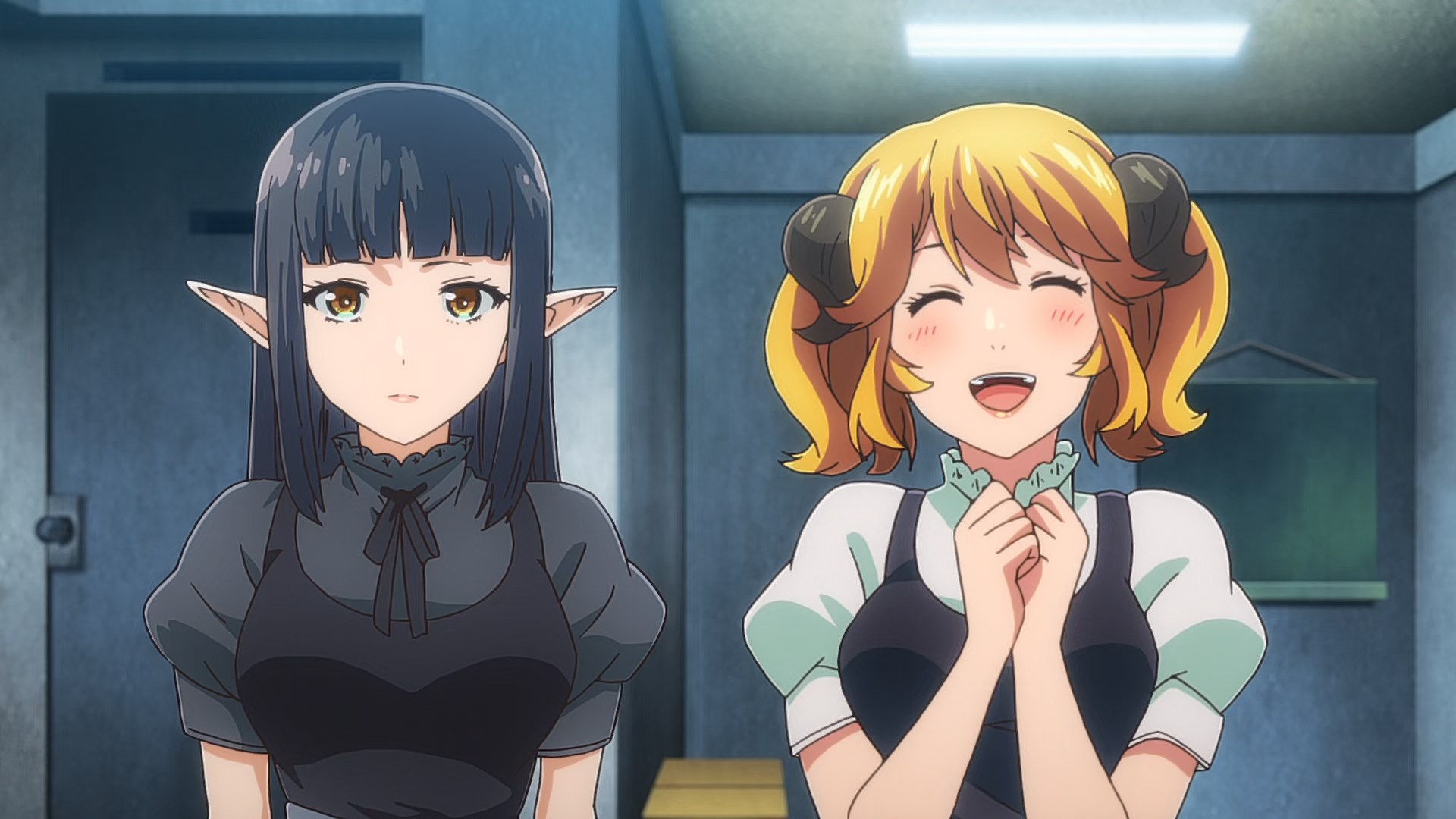 Restaurant to Another World also known as Isekai Shokudou is a slice-of-life/fantasy series featuring lots of delicious gourmet food! Yum Yum! The first season was originally released in the summer 2017 season whilst a second season is airing in autumn 2021. As the title of the anime suggests, this series centres around the mysterious restaurant known as Nekoya Restaurant. On most days this place is your bog standard Japanese Western restaurant but everyday Saturday - when it appears closed to the general public - the place actually opens its doors to a fantasy world where diners from another world get to enjoy its fantastic cuisine!

This is anime is certainly different to your usual affair as the episodes almost exclusively focus on either the gorgeous food that is on offer or the backstories of the various diners that come to the restaurant. The series is episodic in nature meaning it is possible to watch this series in any order. Saying that, you will get the most bang for your buck by watching it in order. This is because knowing the previous clients’ backstories does add a little spice to later episodes especially when the diners begin interacting with one another but this extra is just the spice; it is a nice extra but not a necessity so don’t worry if you catch an episode being released and want to give this thing a go. In this anime it is the food that takes centre stage! 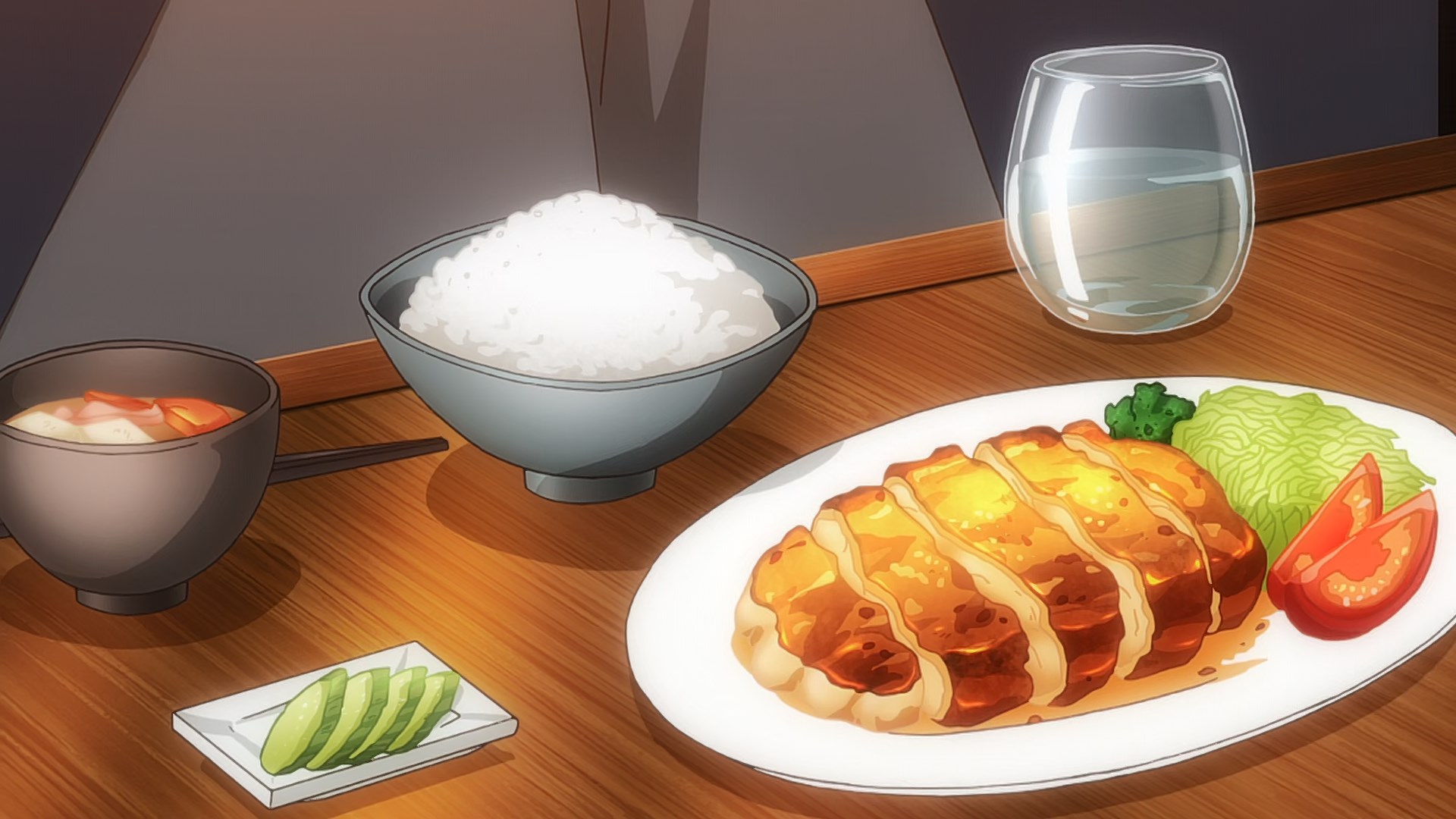 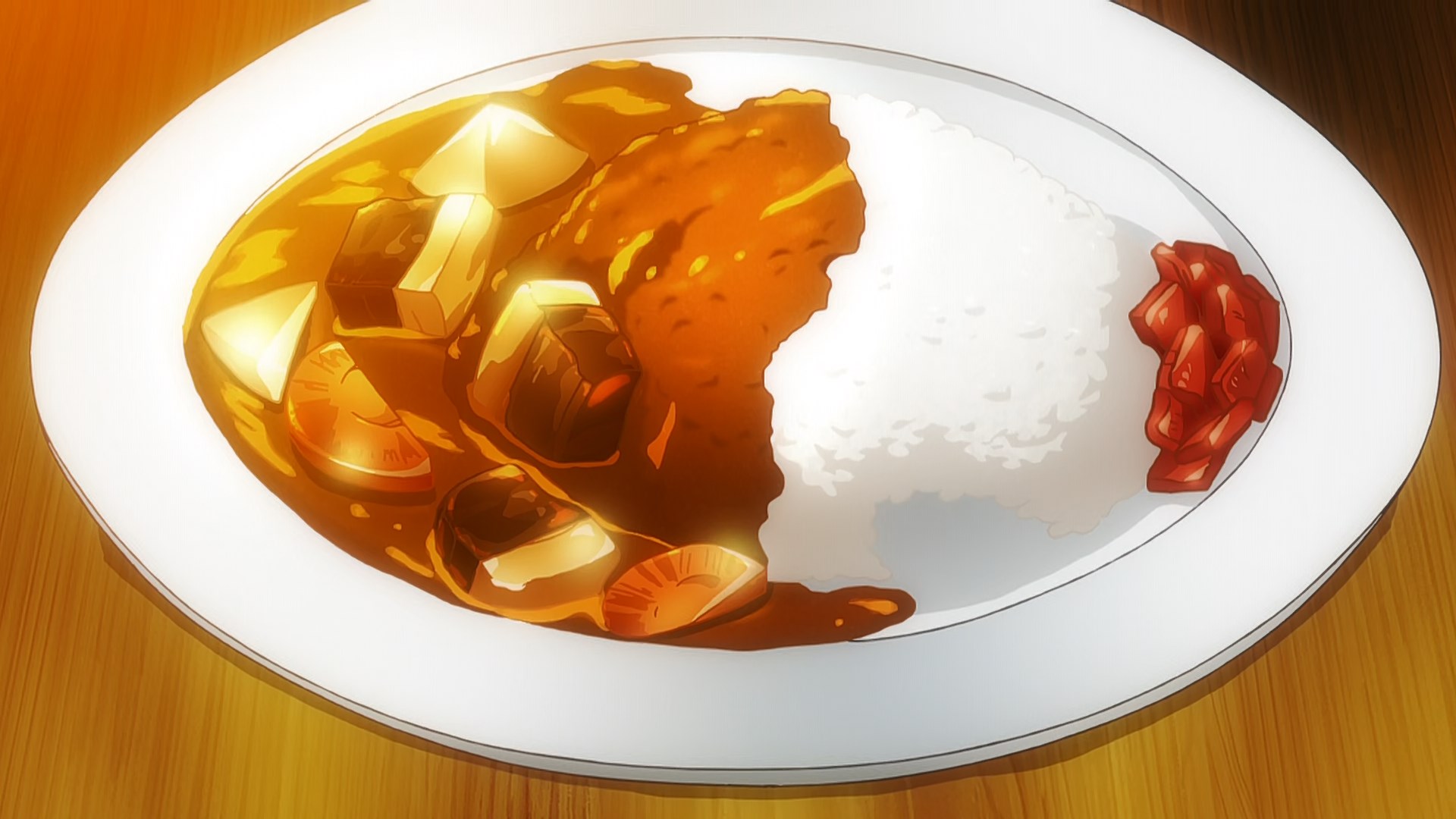 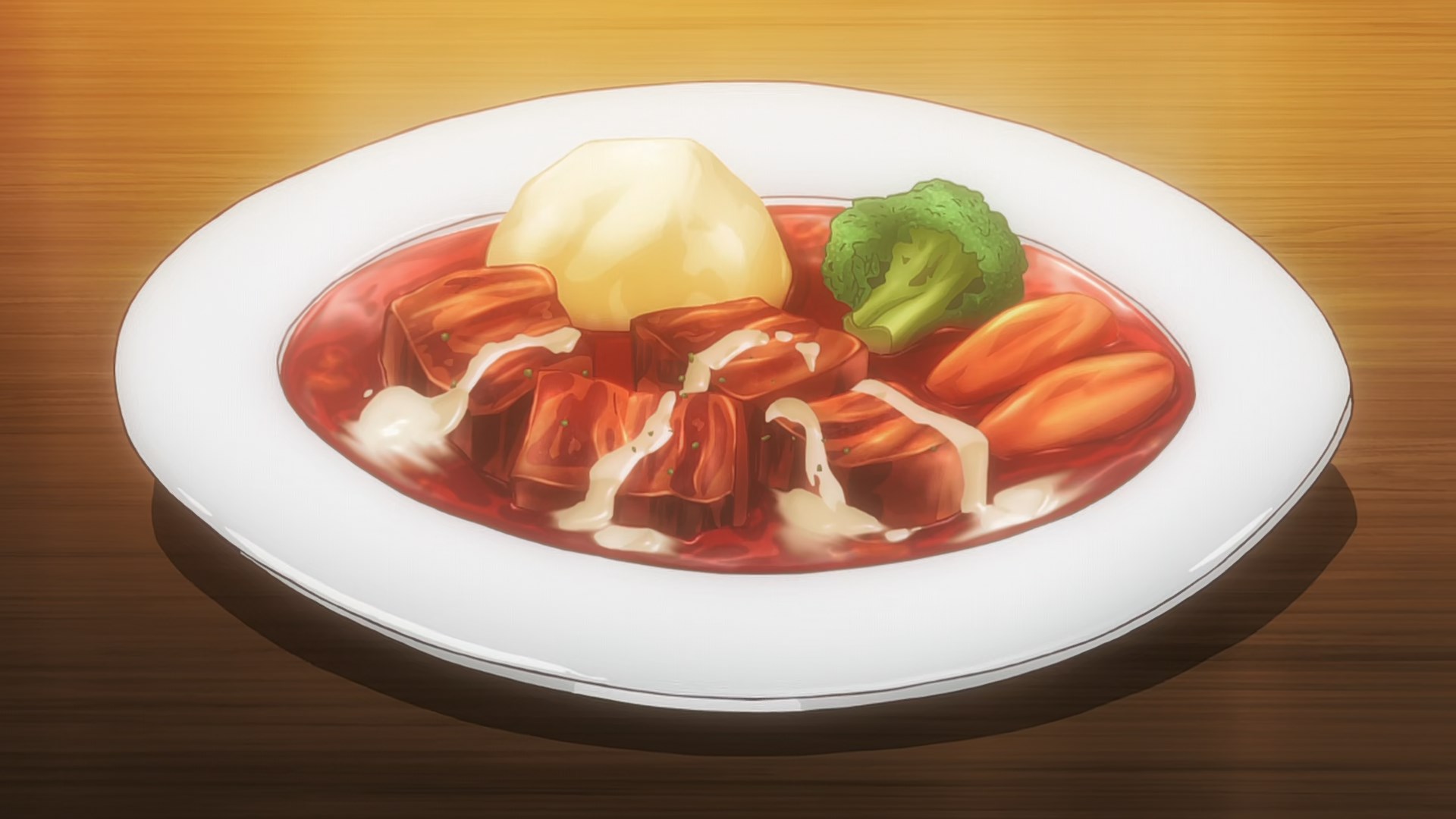 Episodes are structured in a formulaic manner which the series never really deviates from. Now formulaic doesn’t mean bad as in the case of Restaurant in Another World the simple structure is executed well so something is always added to the overall series. The tid bits of information we get from the individual diners may seem like subtle additions granted but these “appetisers” of information really do make a difference and these effects are felt as we progress through the series. As we come to the end and understand the backstories behind all the clients, along with their favourite dishes, it really helps build our insight and what to expect when the diners begin interacting with each other as we know their individual quirks. 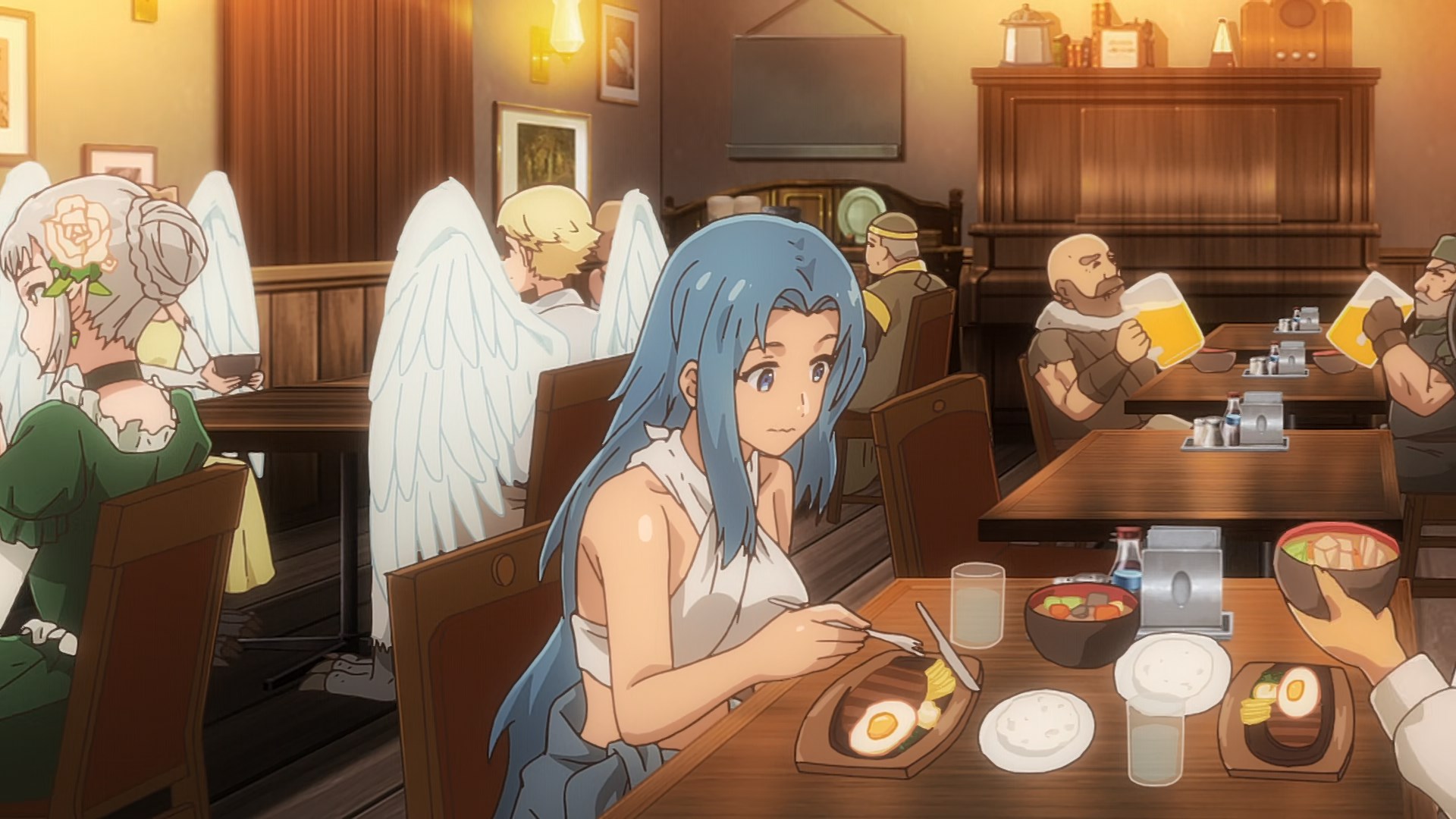 This simple setup is certainly something that may initially seem a little stale even repetitive but to me, it was sort of an acquired taste that built slowly but surely. As I progressed through this series, I found myself enjoying the episodes more and more as I got a greater understanding of not just the characters but also the world these characters came from. The personalities of the characters are not just varied but considering this is a fantasy world we get clients in all shapes and sizes! From dragons to fairies or even mermaids this restaurant has it all! Because of the range of characters, we slowly come to understand the overall structure of this fantasy world as we learn all the major countries and powers that govern that world. It is not a critical plot element so there is no need to worry about getting the notepad out or anything but it does add an extra layer to the anime that keeps you wanting to learn more.

This character and worldbuilding is quite surprising considering the simple premise and episode structure but how does this anime hold up when presenting its main course? I am glad to say it is does a great job in the food department as the range of items on offer in Nekoya is quite impressive! The food shown are great for the most part and if you happen to be hungry when watching this anime then the treats on offer will that bit more special! In fact, I feel this series is something best watched before a meal as not only would it get you in the mood to eat but it could even inspire you to try out the dishes itself. The range here is big enough that I am sure you will enjoy something that is one the menu. If you want to see what is on offer just click the spoilers below to reveal the offerings at Nekoya!

The most notable thing that struck me about Restaurant in Another World is the gorgeous scenic shots that were very picturesque. I really enjoyed these scenes for their beauty and variety and it really does capture the fantasy world this series is trying to project. The second strength is something that is less surprising and that is the presentation of the food itself. This is the bit you are all actually waiting for and here it does deliver succulent foods that often gets you salivating and the stomach rumbling. The food close ups were always a delight to watch so can’t point many faults there although there were some bits when it was lacking in details.

The weakest part of the animation came from the character models that did suffer from a lack of detail on a semi-regular basis. It is not too grating but it is there. The opening “One In A Billion” by Wake Up, May’n! is an upbeat and cheerful beat that gets you in the mood although I was more lukewarm to the ending “Chiisana Hitotsubu” by Kiyono Yasuno.

If you are a foodie or just after an anime that does something a bit different then I would certainly recommend you give this a go. It is quirky, it is light-hearted and most important of all, is an easy series to watch that doesn’t demand much from the viewer. Just sit back and enjoy and if you happen to be hungry then these episodes will be all the more enjoyable!

Beyond the simple pleasures there is something to be had from the characters and even a little worldbuilding is thrown in for good measure. These final two points are all just the sauce to give the meal a more complete flavour so whilst the additions are nice, don’t worry about having to absorb it all! They can be skipped, if needed with no ill effects.

Due to the episodic nature of the anime this series can be watched in any order. I expect the same will hold true for season two so if you just want to skip starters then feel free to go straight to the current course on offer and try season two. It is likely be enjoyed by newcomers or veterans alike. The only people who would want to give this anime a pass are those that expect their anime to have more depth and meaning either character or plot wise. If that is you, then it will be best to skip this anime as all it provides is a bit of mindless fun nothing more.

Story 7.5 – The anime may have a simple premise that follows a straightforward episodic structure but the charm lies in the way it is executed. Not only do we get good meals presented on the regular but the diners backstories are entertaining. What is more as the show progresses, we gain a greater understanding over how this fantasy world works. The simple premise also works because we know what to expect going into the episode which helps when we have fixed expectations namely to see nice food and quirky diners!

Characters 7 – The backstories among the diners are relatively simple affairs but the strength comes with the subtle but ever present character building that is only enhanced further with the chemistry and relationships that form between the various patrons. We also learn the history and mystery behind the main master of the restaurant who runs things along with the waitresses he uses to employ. Moreover, the characters are a varied bunch meaning that every personality is distinct and no personality types are recycled.

Animation 7 – Good food presentation, great scenic shots make this a delight for the senses. There are lots of nice food to savour and the scenery in this fantasy world is varied and beautiful. Character models are the weak point and whilst the opening was enjoyable, I was less enamoured by the ending theme.

Overall 7 – A quirky series that is something that can easily be watched in any manner. You can marathon it, you can watch it slowly or even out of order. There are no demands here so enjoy as you see fit. If you like cooking, are a food junky or simply want to try an anime with a difference then add a point to my overall score.

Most anime fans should enjoy this though although if you are one who want deep plots or yearn for drama, suspense or even romance then you came to the wrong show. 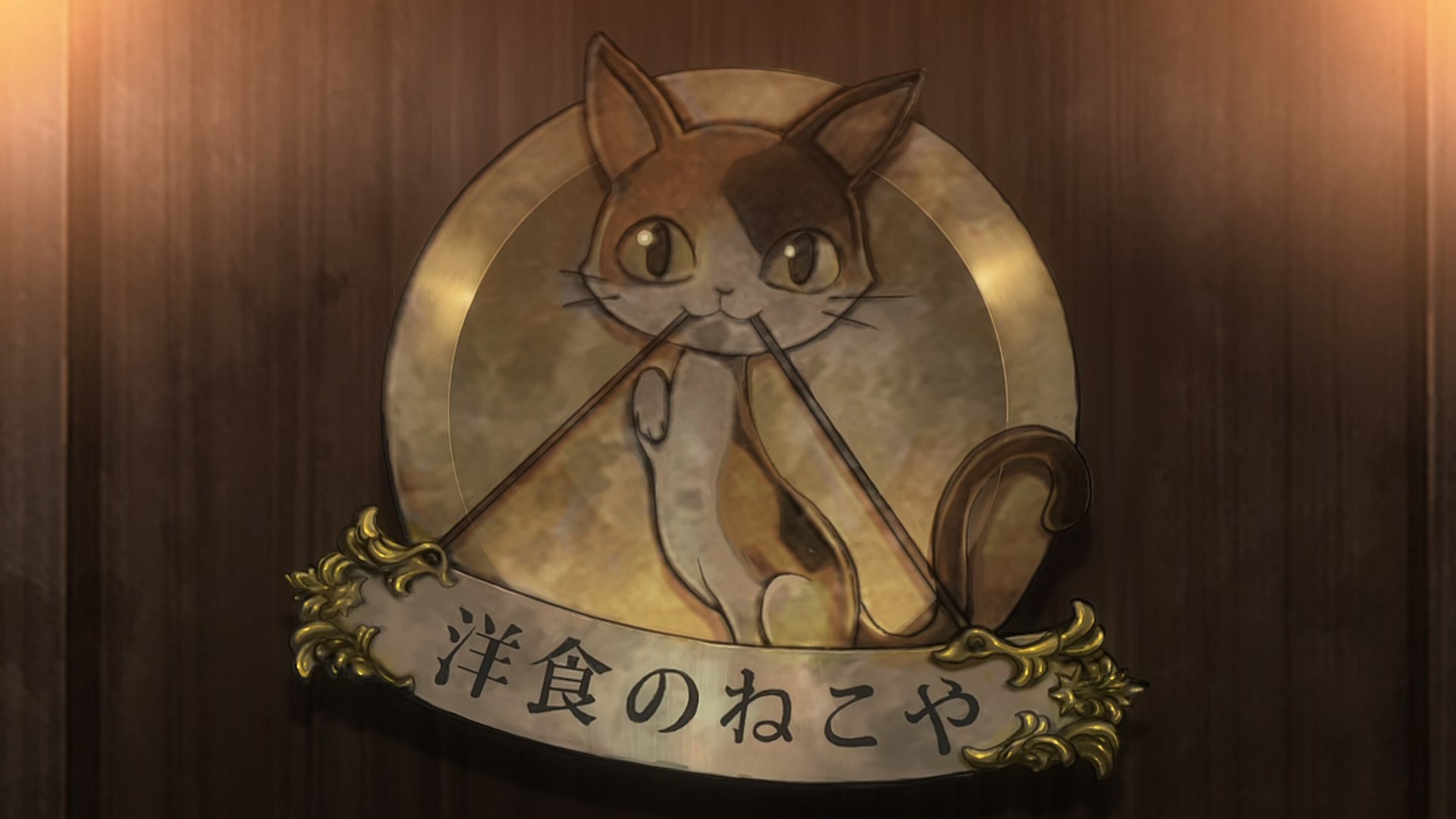 If you wish to check out the wonders of the Nekoya restaurant please browse the diner and sign the guest book that is contained in the spoilers below! 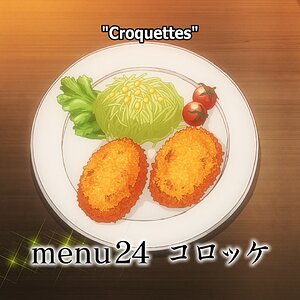 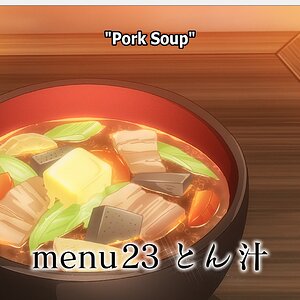 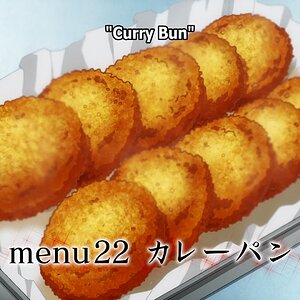 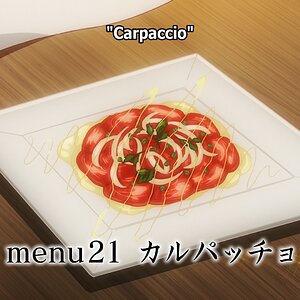 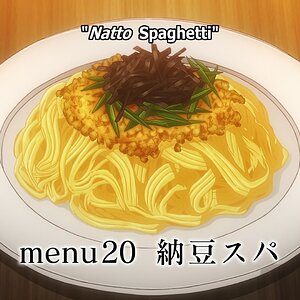 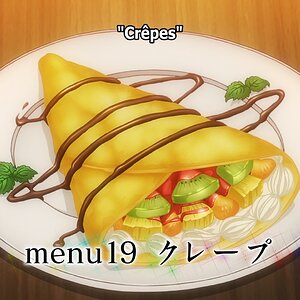 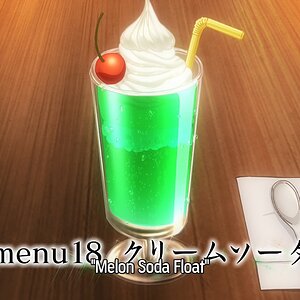 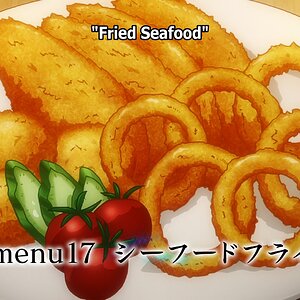 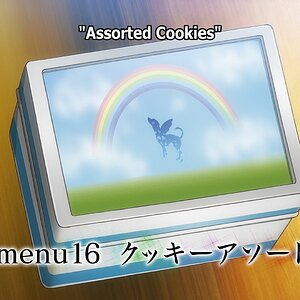 Restaurant To Another World