When They Cry - Gou is an anime of two halves. The first 13 episodes of this show are devoted to the retelling of events from the original When They Cry series whilst the final 11 episodes take the franchise into new directions! Beware that this season has no conclusion and if you wish to see the ending then you will need to view the Sotsu sequel. As always, this is not for the faint of heart plus I will add this will not be enjoyable for those who enjoy mystery series. 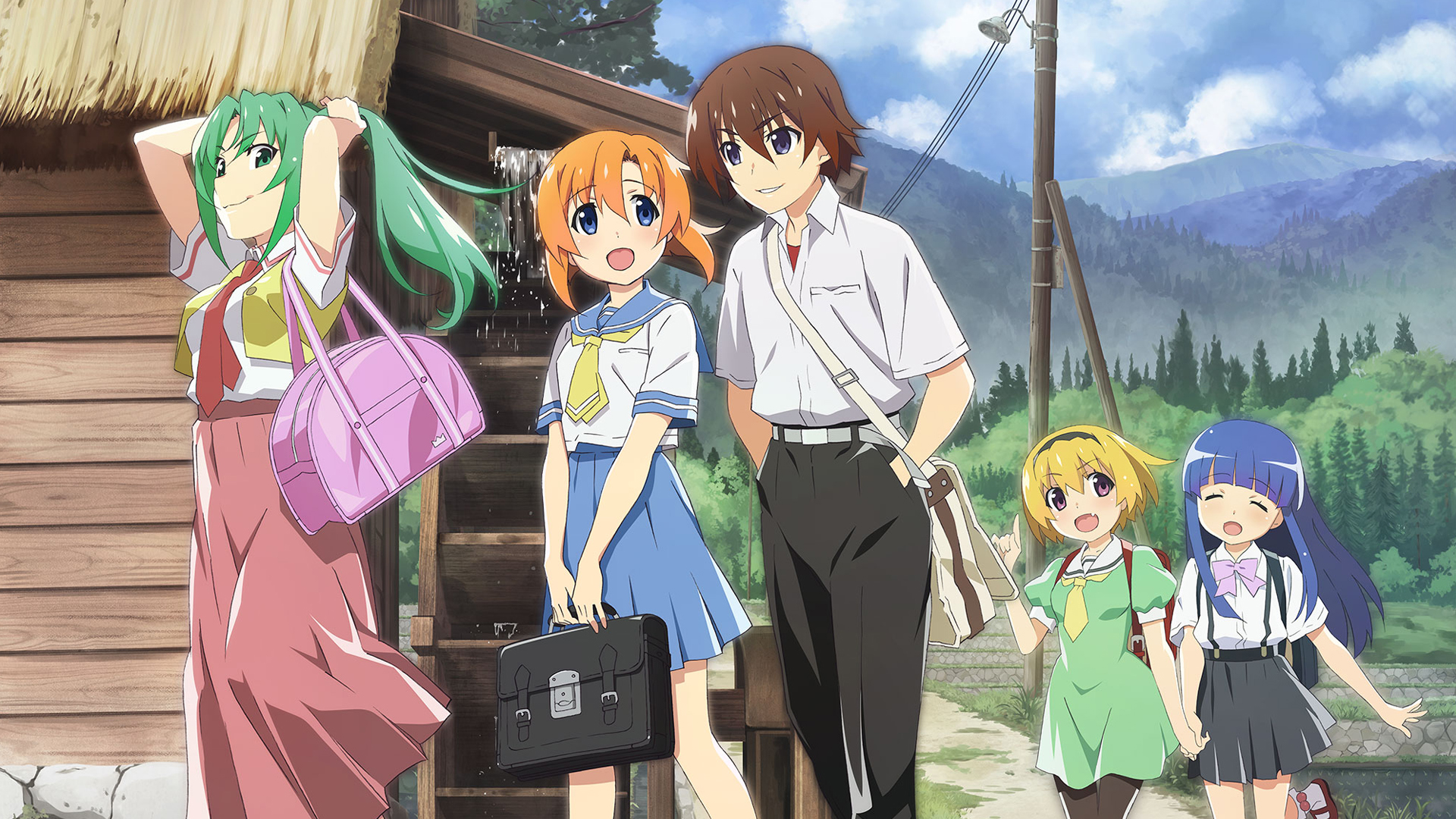 Higurashi: When They Cry – Gou also known as Higurashi no Naku Koro ni Gou is a supernatural, horror/thriller series which first aired in the autumn of 2020. Higurashi no Naku Koro ni Gou is the fourth season in the franchise with the currently running Sotsu season being its sequel. If you wish to read the reviews for the previous seasons then please refer to the links below: 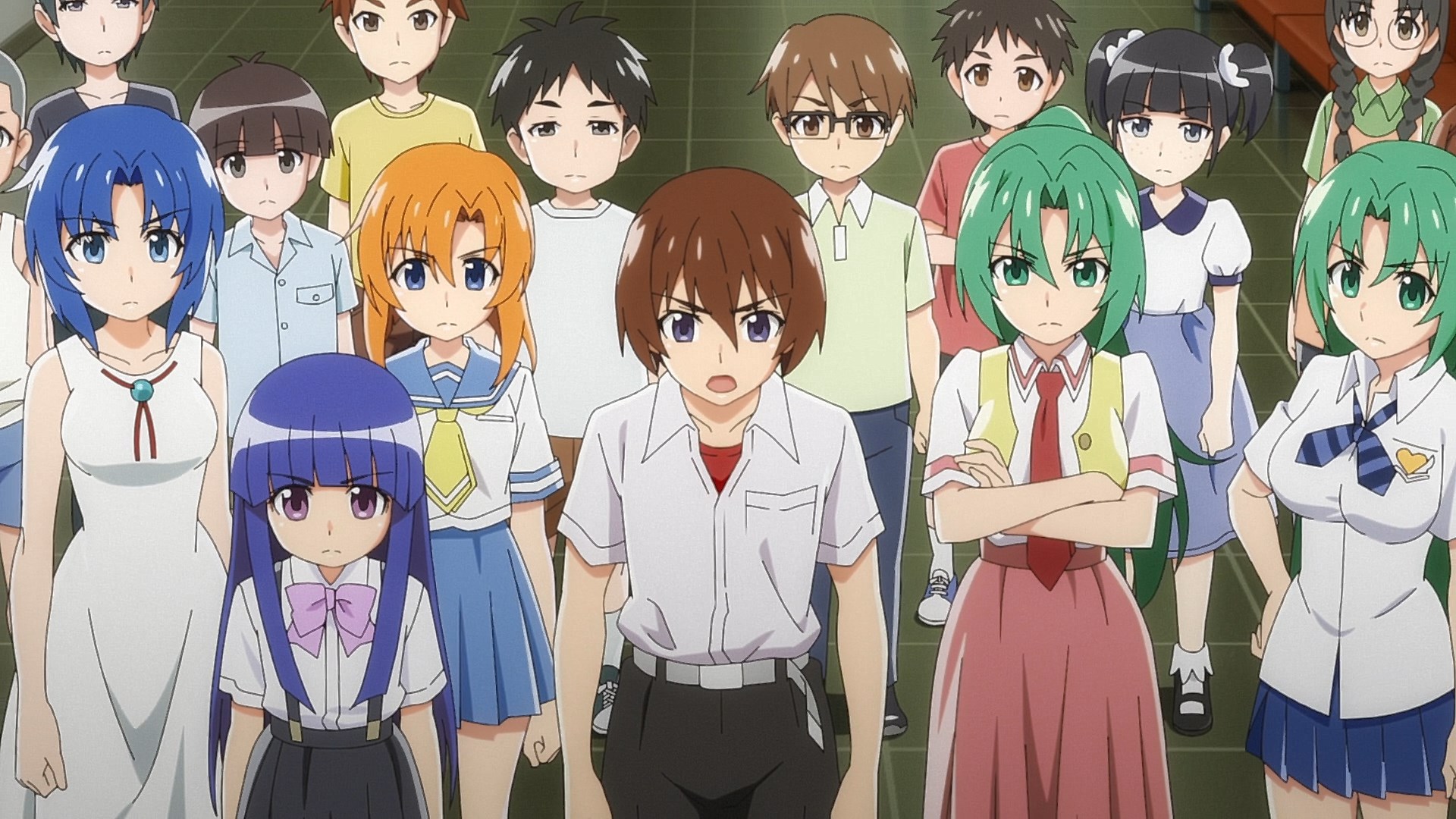 Saying that, I can only tentatively recommend this for newcomers as whilst it is a reboot there are numerous important details that are only glanced over. If you fail to recognise those key points (which will be an easy thing to miss as a newcomer) then it will be difficult to follow the progression of the story. As such I feel newcomers will not take the most from this show and would be better off watching season one first. The ideal candidates for Gou would actually be people who did watch the original Higurashi season but have not viewed it sometime; that way whilst you can grasp some of the finer points the particulars of the story will be forgotten thus the feeling of repetition will be diminished.

On the point of repetition this leads me to my next point. The first half of Higurashi Gou is pretty much a retelling of events from the original season. The structure of the season is the same with the plot broken up into numerous arcs. Like before, these arcs are split into a question phase that builds suspense while the answer arcs resolves the mystery, and like the Higurashi of old, this is often delivered in brutal fashion. If you have any kittens then cover their eyes and ears cause the violence can get pretty grizzly! Some twists to the endings are made but the deviations are never major so for people who have recently watched or marathoned the previous Higurashi seasons these episodes will be a struggle to get through.

The major deviation in the plot occurs around the midpoint of the show. Now the direction it takes will cause some issues. For newcomers a lot of arcs from season one and two are introduced in quick succession. For people not versed in the finer points of Higurashi this can feel like information overload. For more experienced Higurashi viewers while the developments will be easier to grasp there will be some potential snags.

The first potential pain point will be the direction this show takes. Gou moves away from the mystery and suspense of the original season. Instead of suspense we get a character driven thriller series which is punctuated with high levels of violence and gore. I would also add that in terms of gore the midpoint of the series is, even by Higurashi standards, extremely violent and to me was excessive. Yes, there was point to this madness and it all served the purpose of driving a character into making a key decision. But still, the levels of gore seen are very high, and is one of the most violent passages in any anime I have seen which is something considering I have been viewing anime since 1995. 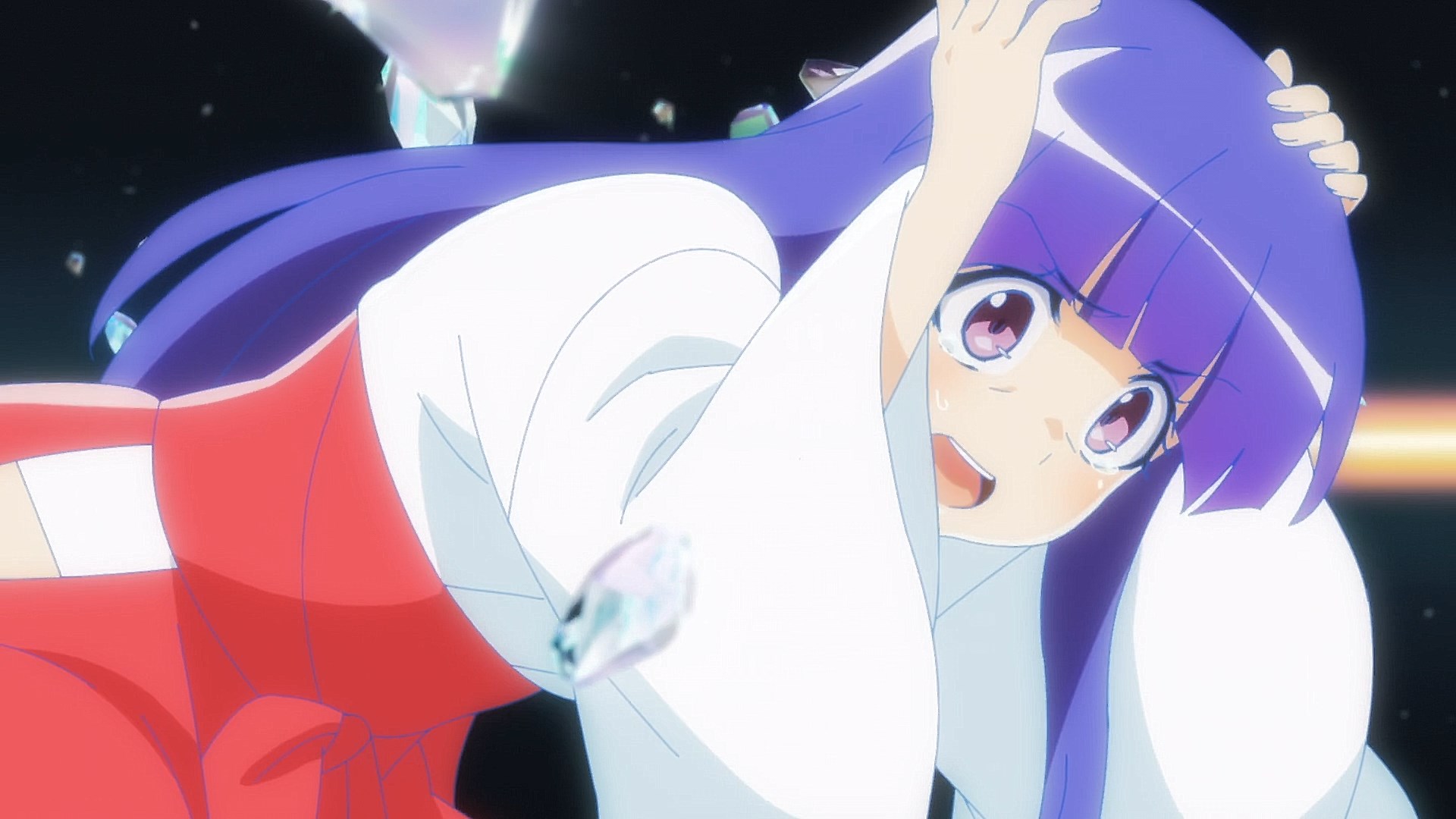 The violence can get a bit much at the mid-point...​
Beyond this midpoint violence the Gou season essentially becomes a conflict between two key Higurashi characters. If you are in this show for the mystery elements then you will be best checking out because the rest of the series is going to be a pure thriller between these two characters. On the other hand, if you like the characters of Rika and Satoko then these developments could certainly prove interesting as Gou adds a unique twist and subversion to this established relationship. Readers or fans of the Umineko anime series will get a particular kick out of the developments that occur in the second half of Gou.

This subversion is not without its flaws however as the change exhibited for one character is both radical and swift. On top of that the intervening developments made me question some of the actions taken as being out of character. This out of character behaviour could certainly be a point of contention but it is something that can be overlooked as the drama and thrill does certainly go up a notch. Your enjoyment of this part of Gou will largely rest on how much you liked the characters beforehand. If you liked them then the drama and thrill will allow you to overlook those flaws but if not, then this inconsistency will seem pretty glaring. 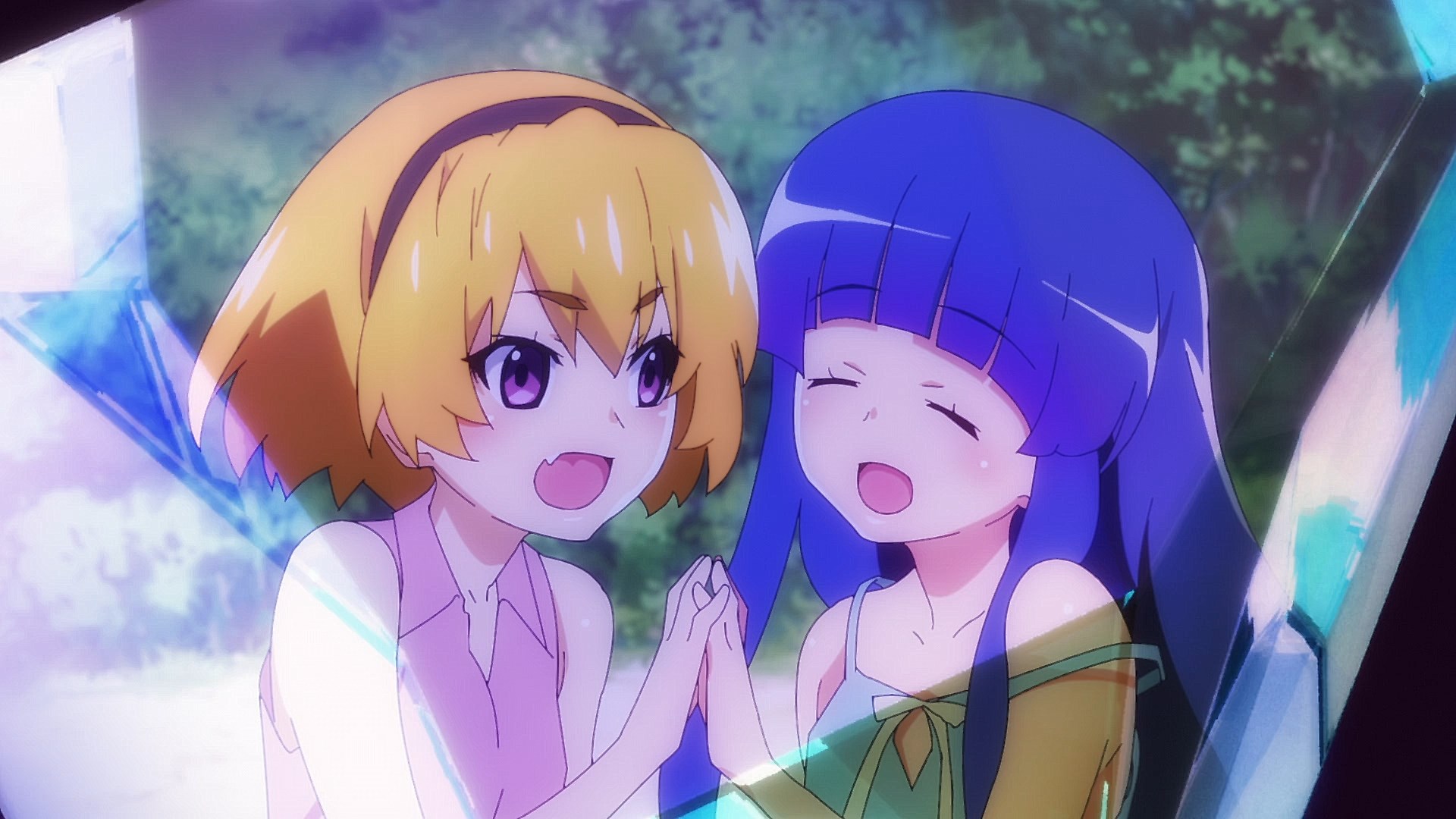 One final important plot point is that there is no clear resolution with Gou. Things simply crawl to a halt. If you want some closure then you will need to watch Sotsu. As Sotsu is slated to have 15 episodes I am hopeful that is enough time to reach a proper conclusion on this latest arc of the Higurashi saga.

In terms of character developments there is not a large deal of character development. What we see here is essentially the cast of the Kai series who have the more rounded personalities. The biggest point of development comes from one of the major characters right at the end. We do witness a new side to this character that is quite striking. This new side, whilst surprising is not out of place given what we know of their background. Nonetheless the changes made take those plot points to its logical extreme which can rub people the wrong way.

Animation for Gou is an acquired taste. I did not fully take to it and thought at times it looked somewhat strange. However, I did grow to appreciate it as the series progressed and even found the quality actually increased towards the shows end. The artwork for the opening and ending sections was well done and the songs solid. Gou has one opening song which is "I believe what you said" by Asaka. Meanwhile it has four ending songs which are "Higurashi no Naku Koro ni " by Eiko Shimamiya (episode 1); "Kamisama no Syndrome" by Ayane (episodes 2-17); "Fukisokusei Entropy" by Ayane (episodes 18-23) and the opening song is used for the season finale ending.

This is a series of two halves. The first half of Gou is for the most part a rendition of the original series. This part is newbie friendly and acts as a good recap for old viewers that have forgotten the details of the old seasons. It is what happens at the midway point and beyond that will prove more controversial. If you want mystery then the second half will prove disappointing. Newcomers will have more difficulty navigating the midpoint as several arcs are thrust in quick succession.

Beyond this the new arc will largely focus on Rika and Satoka. If you like those characters then the second half may prove enjoyable. Just be warned that whilst the violence does dial down from its epic midseason high the second half of Higurashi is still more bloody than its first half. Tension, drama and violence are the recurring theme as this becomes a straight up thriller. There is no conclusion to Gou so you will need to watch Sotsu to gain closure so keep those episodes on standby. Umineko fans will also get more mileage out of the second half.

Story 6 – Ideal audience is the person who has not seen Higurashi in quite some time. Newcomers may enjoy this particularly if you enjoy gore or Rika/Satoko. Mystery elements essentially disappear at the midpoint so people who like mystery should check out. People who marathon or watched previous seasons should jump to episode 13 as you will be skipping old ground.

Characters 5 – The Higurashi gang are as likeable as ever but, in this iteration, not a whole lot of character development is present. Biggest growth goes towards one character and that development is dramatic but some will wonder if the changes are entirely believable.

Animation/music 6.5 – An acquired taste. Quality is maintained and even gets better towards the end. The opening and ending for Gou are pretty solid.

Overall 6 – It’s a mixed bag. First half can be a good watch if you have not seen other seasons recently. It is the second half that will divide opinion. If you like drama and changing relationships then you will enjoy this. If you are after mystery then this is likely to disappoint.

Check out the Gou gallery for more pictures from this season: 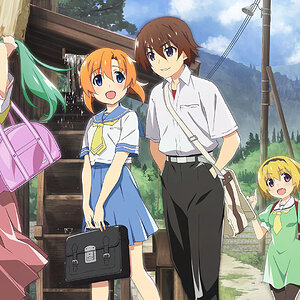 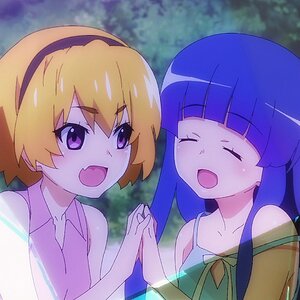 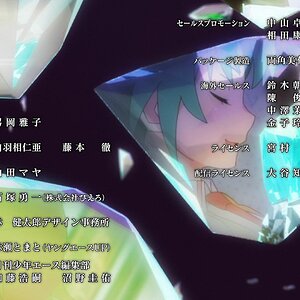 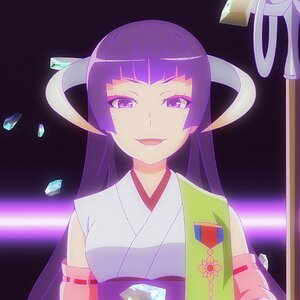 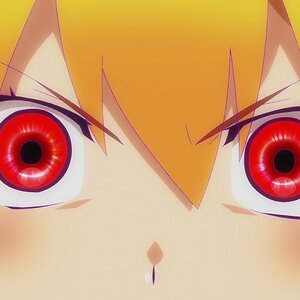 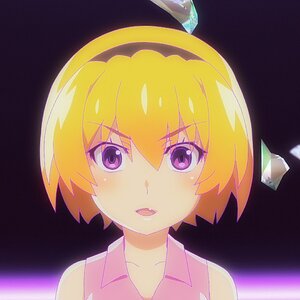 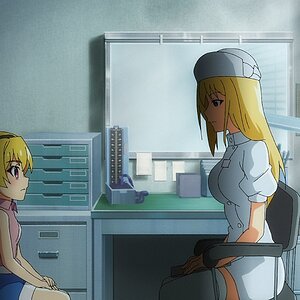 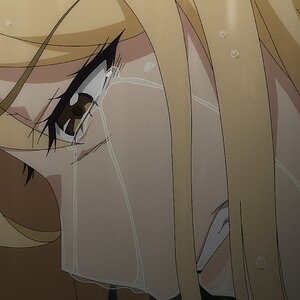 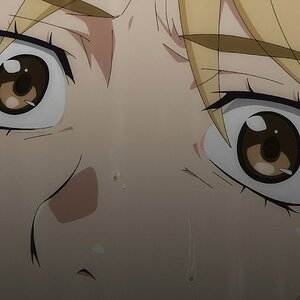