In this prequel watch we take a look at the second season of Higurashi series which answers a lot of the questions raised in the first season. In many ways I found Kai to be the true end and felt the subsequent seasons were, in essence, money grabs as entertaining as they were. If you want to get the complete story to Higurashi story then you need to watch this along with season one. 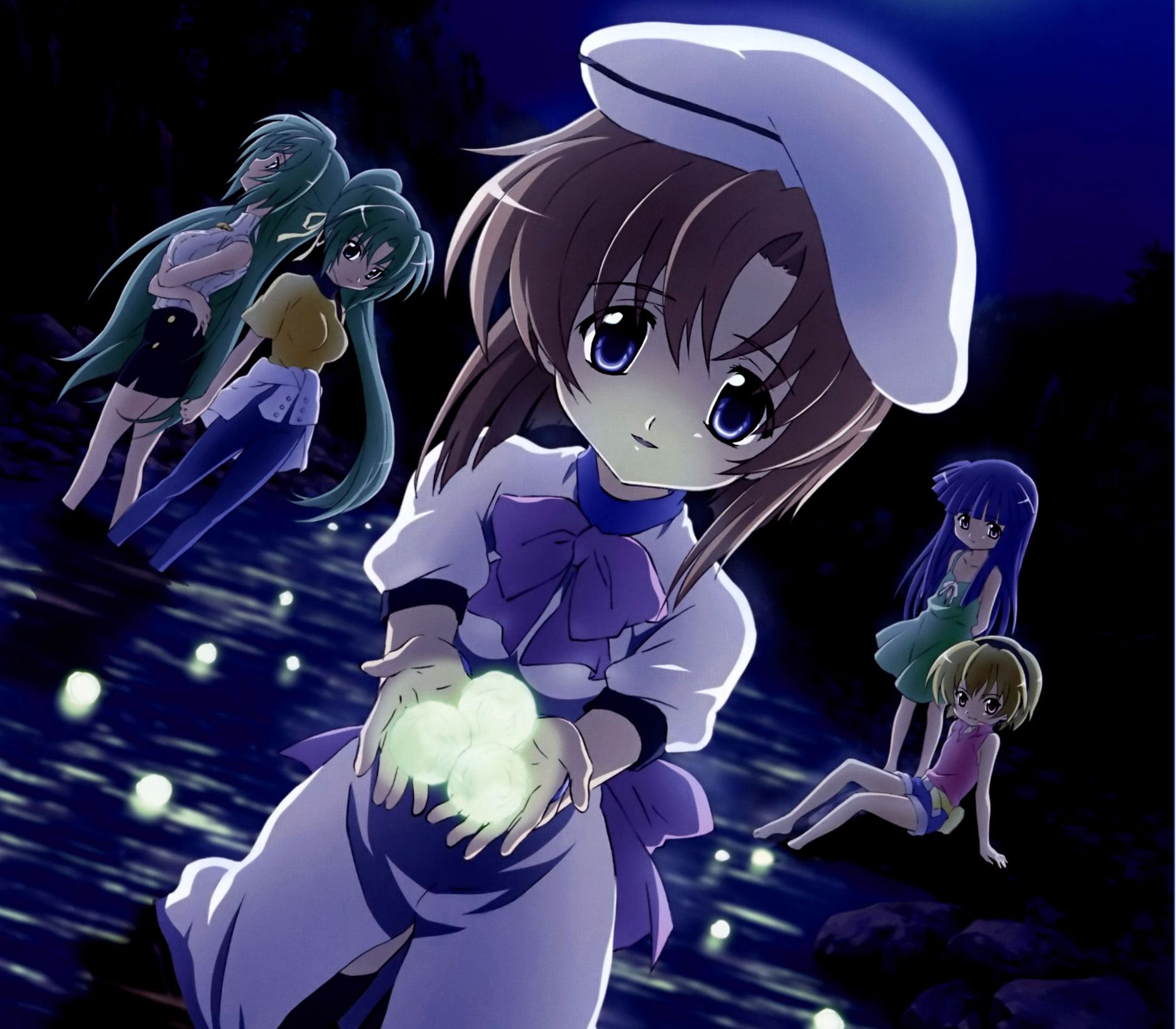 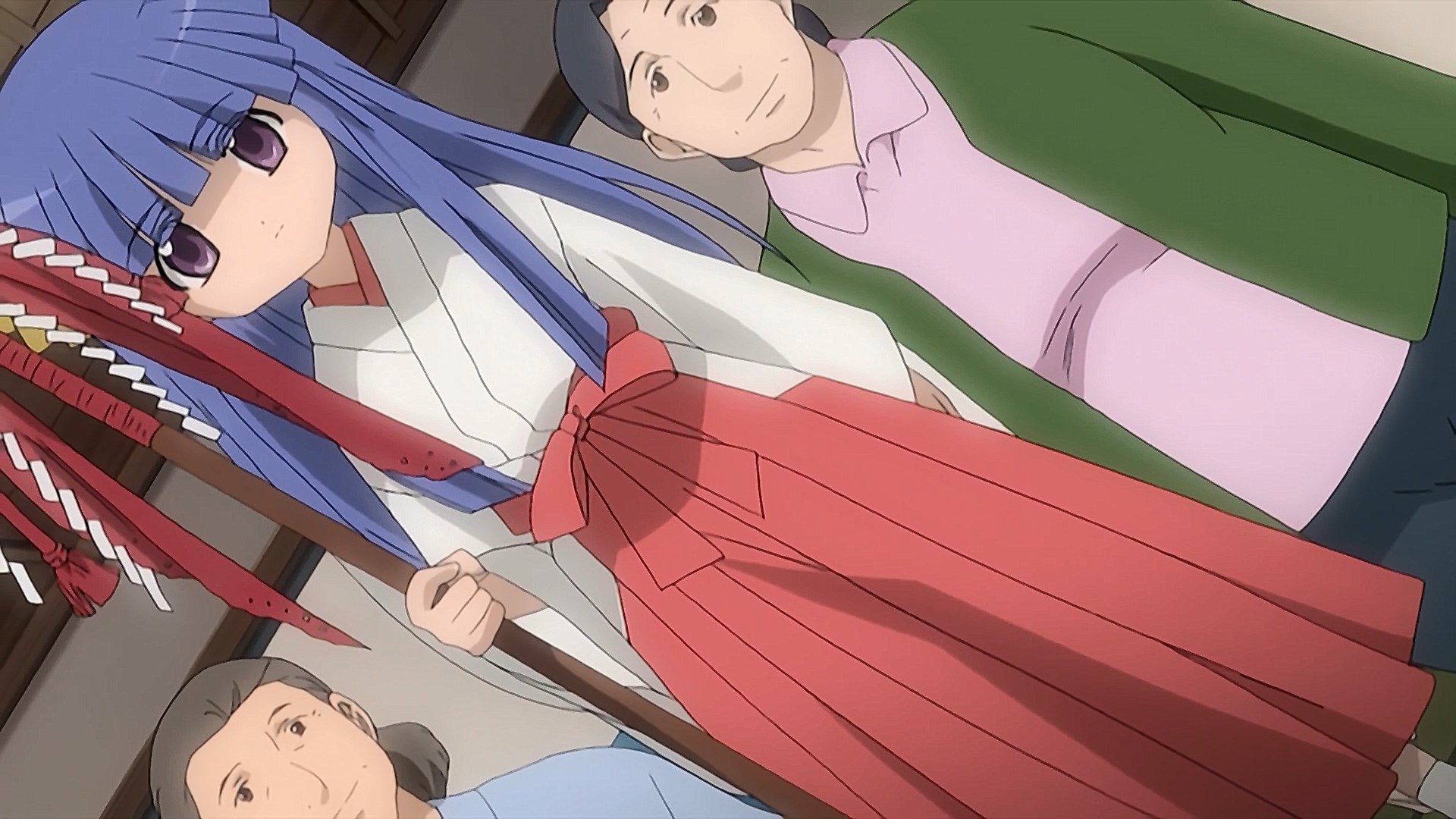 Seeing as Kai is the sequel to the original series it is recommended you watch the first season as some of the content covered in Kai, whilst still understandable to newcomers, will have a more profound impact if you have seen the first season. The only circumstance I can see someone benefitting from jumping into season two is if you have a much stronger preference to thrillers as opposed to mystery/horror anime. If you prefer the former over the latter then this could be the option for you. For people who were fans of the fast-paced mystery driven horror show that characterised Higurashi then you will need an adjustment in expectation as the pacing of this story is fundamentally different.

Instead of applying short question arcs that culminate in often dramatic bloody action this season has opted to take a slower more reflective approach when delivering its story. The arcs delivered in this season are considerably longer and more time is devoted in covering characters backstory. This character exposition does come at the expense of action or the highly charged emotional scenes that had almost become the signature mark of Higurashi.

In addition, the violence and gore have been toned down considerably and even the mystery element has reduced significantly. In fact, many of the questions raised in the original series have been answered and this show is often played straight as a slow burning thriller with supernatural elements. In all, this style of narrative is distinctly different and could prove decisive with some fans of the original show.

Different doesn’t equal bad however and in many ways this transition from a mystery to a slow action/thriller has been handled well. For example, many of answers and revelations made in Kai were actually foreshadowed in the original series. There are no asspulls and if you have a keen eye, it is possible you can even predict the events that come in Kai.

This point extends beyond the plot as many of the events that occurred in the season one arcs are either followed or subverted in various ways. This subversion of events often acts a tool for character development as many of the main cast get over various obstacles that plagued them previously. As a result, we are able to witness alternate futures. This ability to get over obstacles is often the catalyst that makes them become more rounded, level headed and balanced than before. Cleverly these developments also tie in with the plot developments of the story. 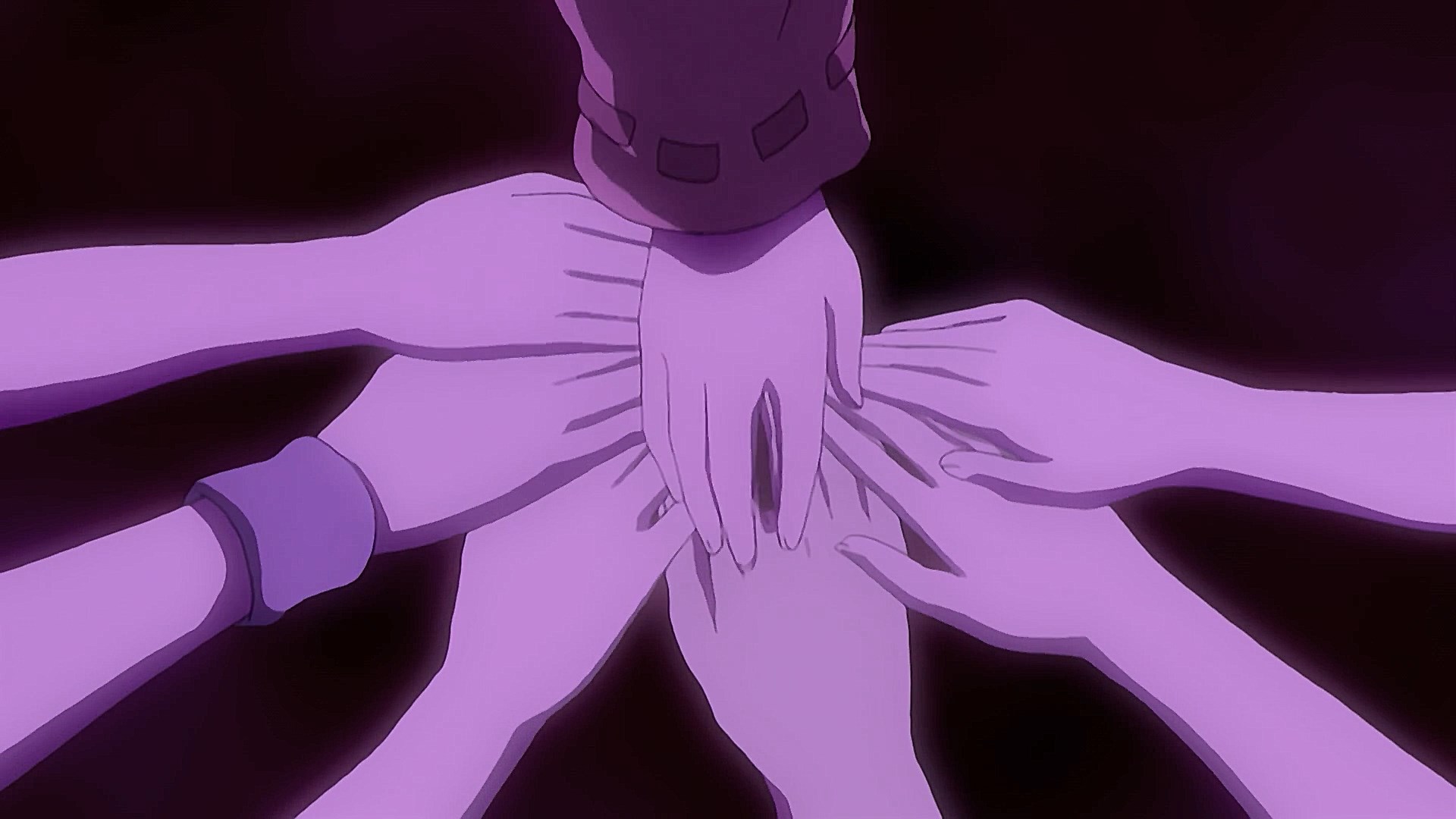 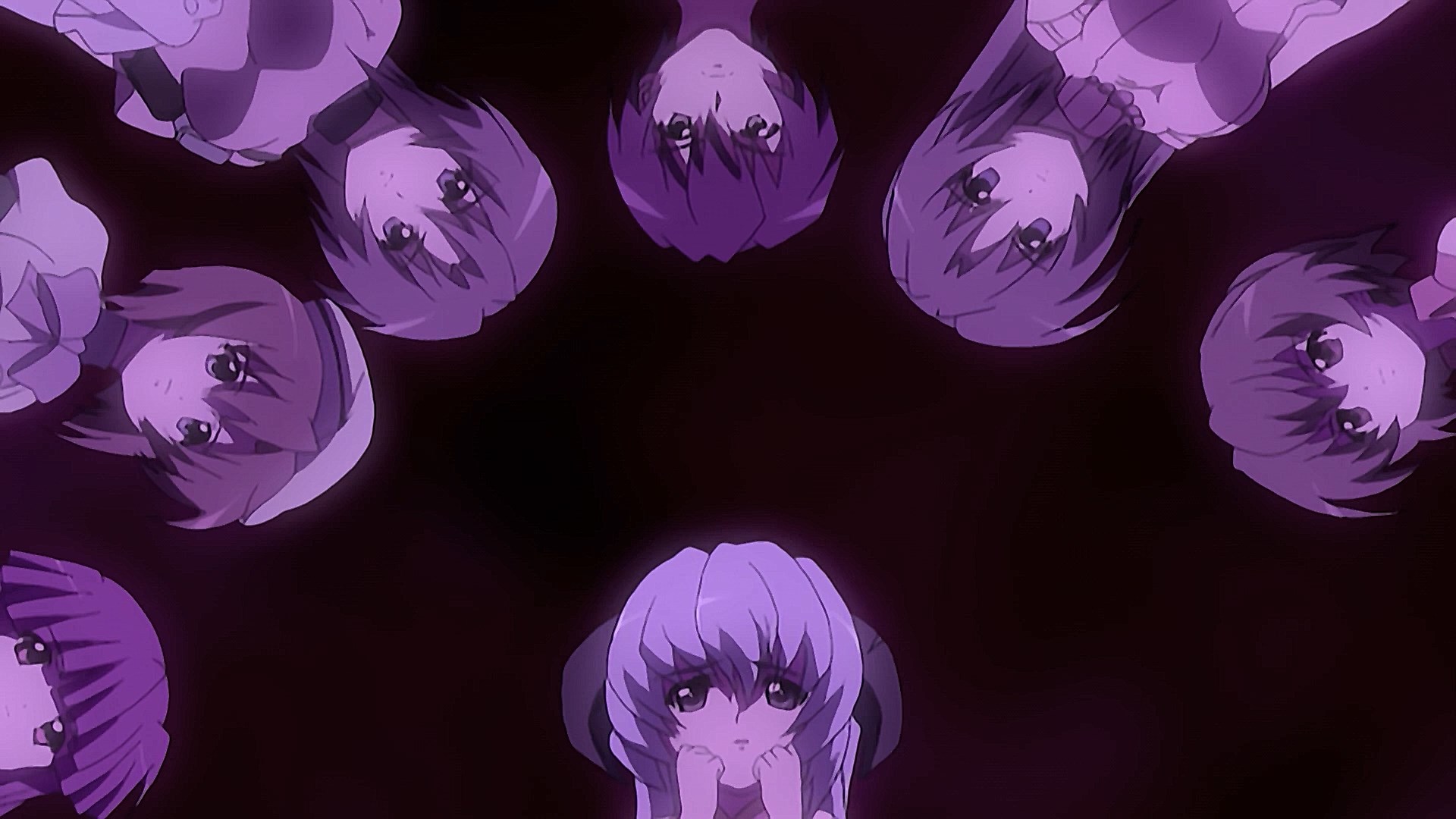 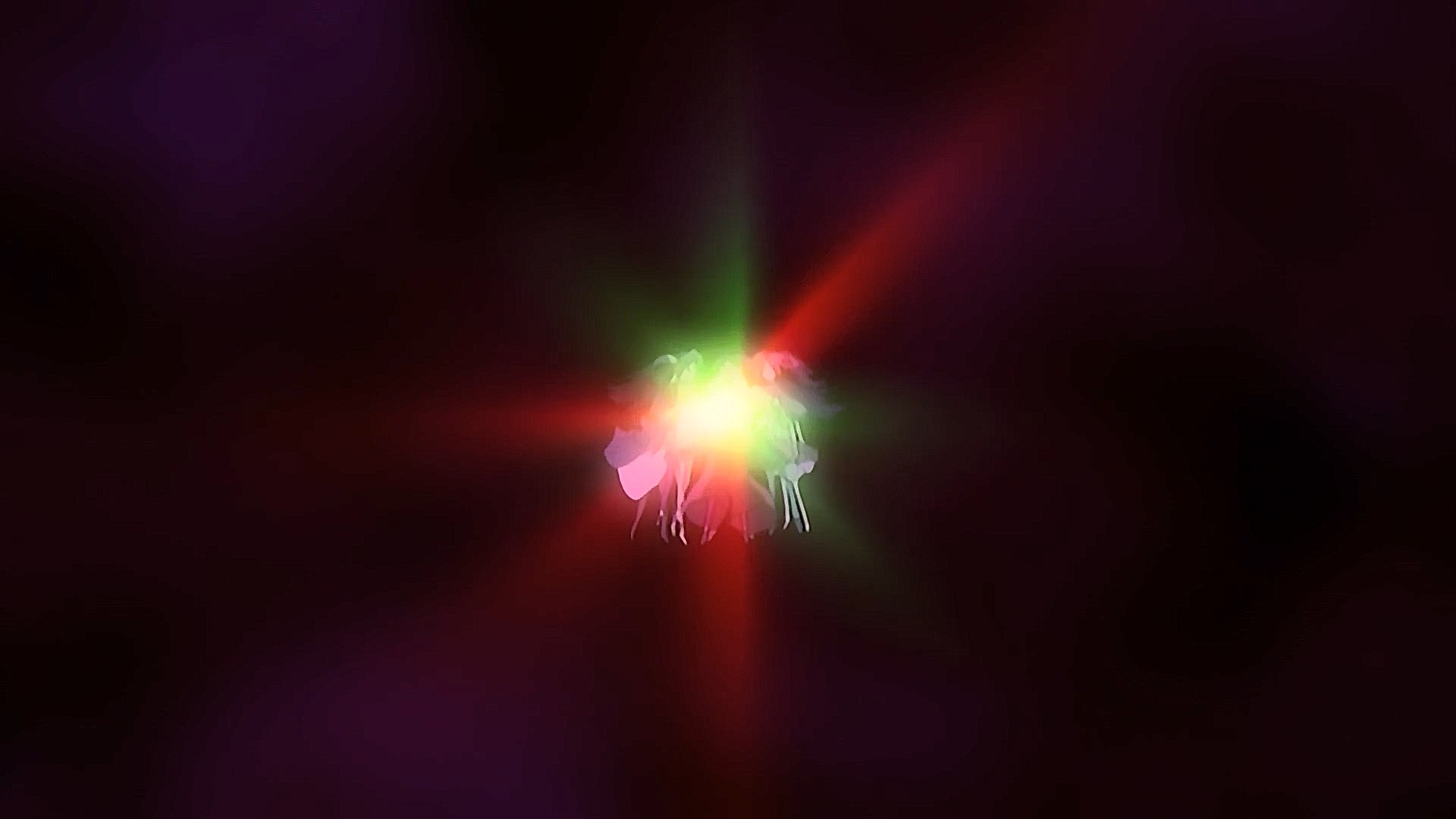 All these character developments however are relatively minor when compared to two key characters who both play pivotal roles in Kai. A good amount of time is made in developing their backstory and individual struggles which all serves in creating drama late on. Both these characters are present in season one although not a lot of screen time was devoted to them. Again, if one is sharp you can link the comments and actions they make in season one to events in Kai. This makes all the developments and behaviours that occur all the more believable as it is foreshadowed and doesn’t come out of the blue.

Saying all that, there are flaws in the way the narrative is delivered. One of the mystiques of Higurashi was its sense of mystery. In fact, it was often this sense of mystery that helped propel the horror of the show. It was the fear of the unknown that fuelled all the paranoia and angst that formed such an enjoyable part of the series. With the main questions answered that sense of tension has largely gone. Without that mystery element what we have is a series driven by knowledge and more reality driven detective work.

On the note the answers provided have also given me the clarity to see the emerging plot holes. These plot holes whilst not game breaking did bug me and have come about because some of the answers given cast serious doubt on how certain events could have happened. What is more, as far as I am aware, these inconsistencies were never addressed which indicates an oversight was made on the part of the writers. As a result of those oversights, I have lowered the story category by a point. The final point of contention I would make was the pacing of Kai which was quite slow at times; there were definitely moments when I felt events had overstayed their welcome. 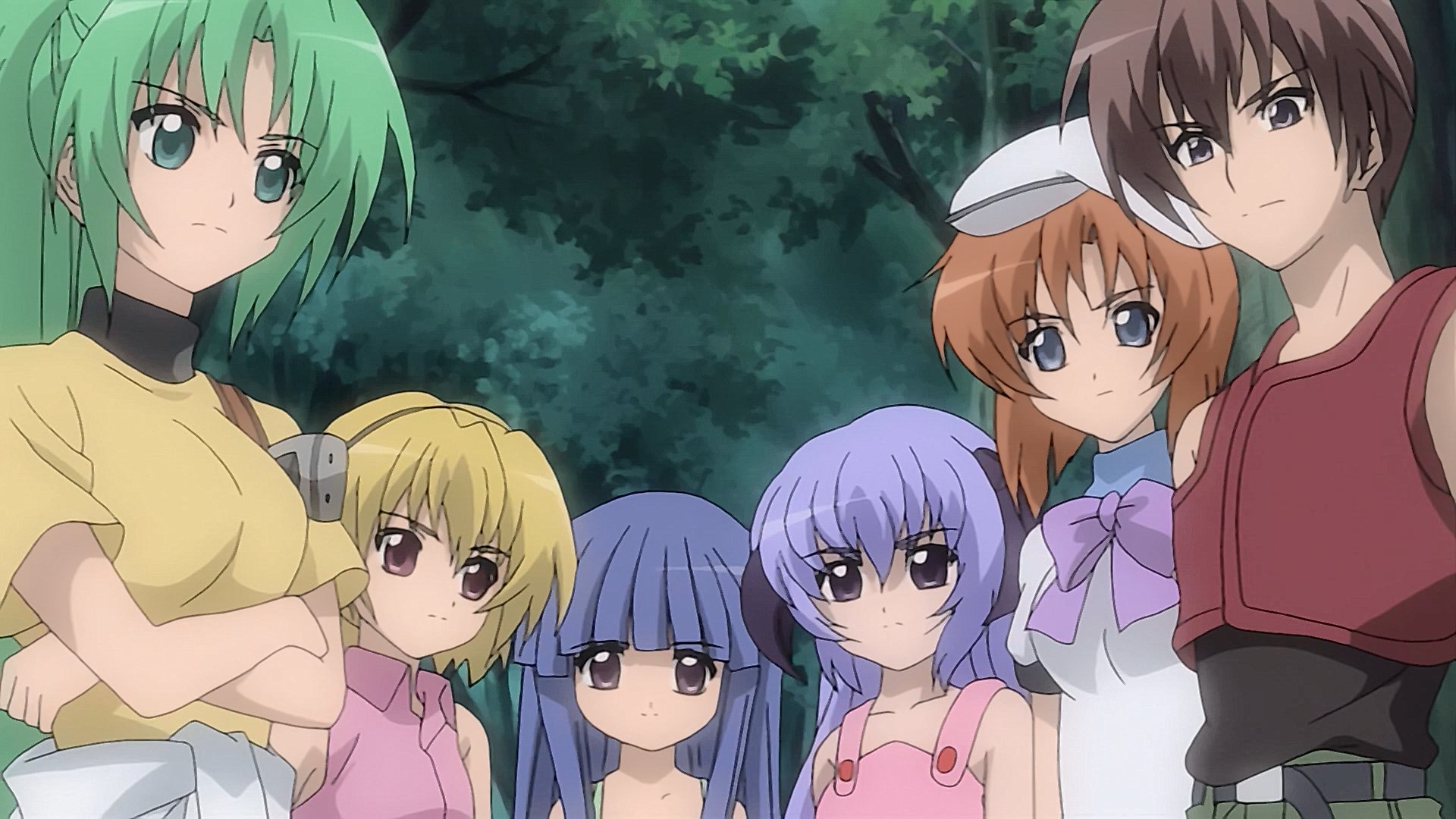 Animation for Kai was noticeably better than its prequel; character models were more consistent and there were no jarring drops in quality as seen previously. It was generally pretty solid and there were only some moments when the quality deteriorated but never on the same scale as before. In terms of opening and endings these were of a similar standard as before. The opening song was “Naraku no Hana” by Eiko Shimamiya whilst the ending was "Taishou.a" by anNina.

Overall, my thoughts on Higurashi Kai are it is a very solid series which cannot quite match the heights of its prequel. It is actually hard to make a direct comparison as this is in many ways a different series to the one before. Instead of mystery/horror and gore we get a slow building thriller series. On the plus side, many of the revelations come from clues dropped in the first season indicating good story writing. On top of that we do get a real sense of character development in our cast. This is especially the case for the two major characters who act as the main driver for events in Kai.

The main negatives are that while the answers given are believable and understandable when taken in isolation. It is when those answers are taken as whole that we can see they have a detrimental effect for the overall story. The main one being is that those answers rob us of the sense of mystery that captivated us in the first place. It is kinda like that feeling we get where there is more tension in knowing the monster exists but once we find out the details of the monster our sense of fear and suspense diminishes. On top of that the pacing was rather slow which is not helped by a few minor plot holes. All in all, newcomers and fans alike will enjoy this but probably not to the same degree as season one.

Story 6 – Did well in linking major plot points to events in season one and it was a good touch how previous events were used to aid character development. The first half of Kai was definitely stronger than the second half. The main negative points are the slow pacing of the plot plus the minor plot holes.

Characters 8 – Strong point of Higurashi. The cast was pretty fleshed out going into this but a lot of them developed even further in Kai becoming more level headed and assured. The earlier erratic displays are greatly reduced due to events in the plot which was a nice touch. Good character development provided for the two central characters in Kai.

Animation 6 – Improvement over the first put made this an easier watch. Some moments when the animation took a dip but nothing dramatic like before. Decent opening and ending tracks.

Overall 7 – If you are into thrillers that like to slowly build suspense then you are likely to enjoy this flavour of Higurashi. Higurashi fans more accustomed to the high drama and emotionally charged sequences of the original maybe left wanting. Set pieces in Kai run on a slower place so you need to adjust for that if you are used to season one’s pacing. Ultimately this series is the answers arc to the prequel, which was more a question season. If you like closures to your mystery series then Kai certainly provides it!

There is a gallery for Higurashi Kai, so if you want to browse the pictures available, please click on the spoiler tag: 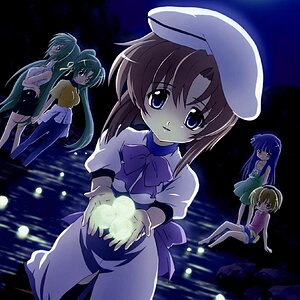 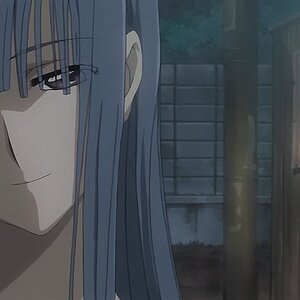 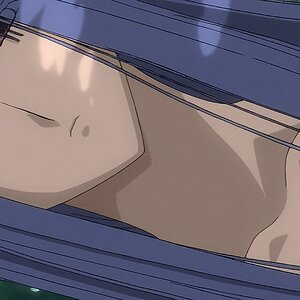 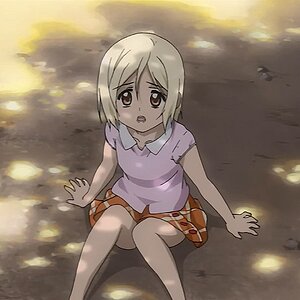 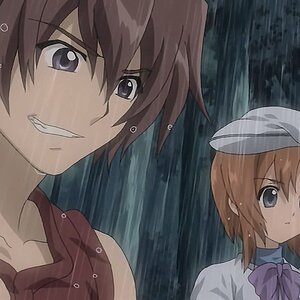 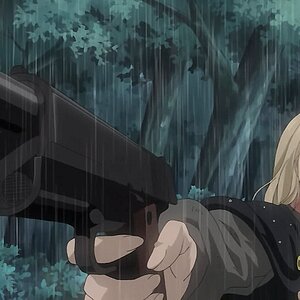 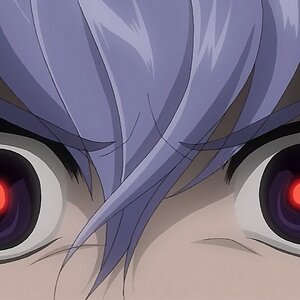 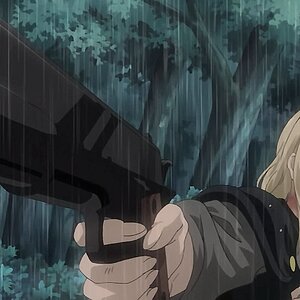 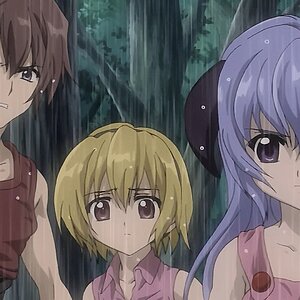