Bojji has completed his training and even sports an impressive little sword which Kage is excited to see! Where did Bojji gain the strength to wield such a thing? The answer is soon revealed when he removes the sword from its sheath and all we see is a stick thin rapier! What a joker! 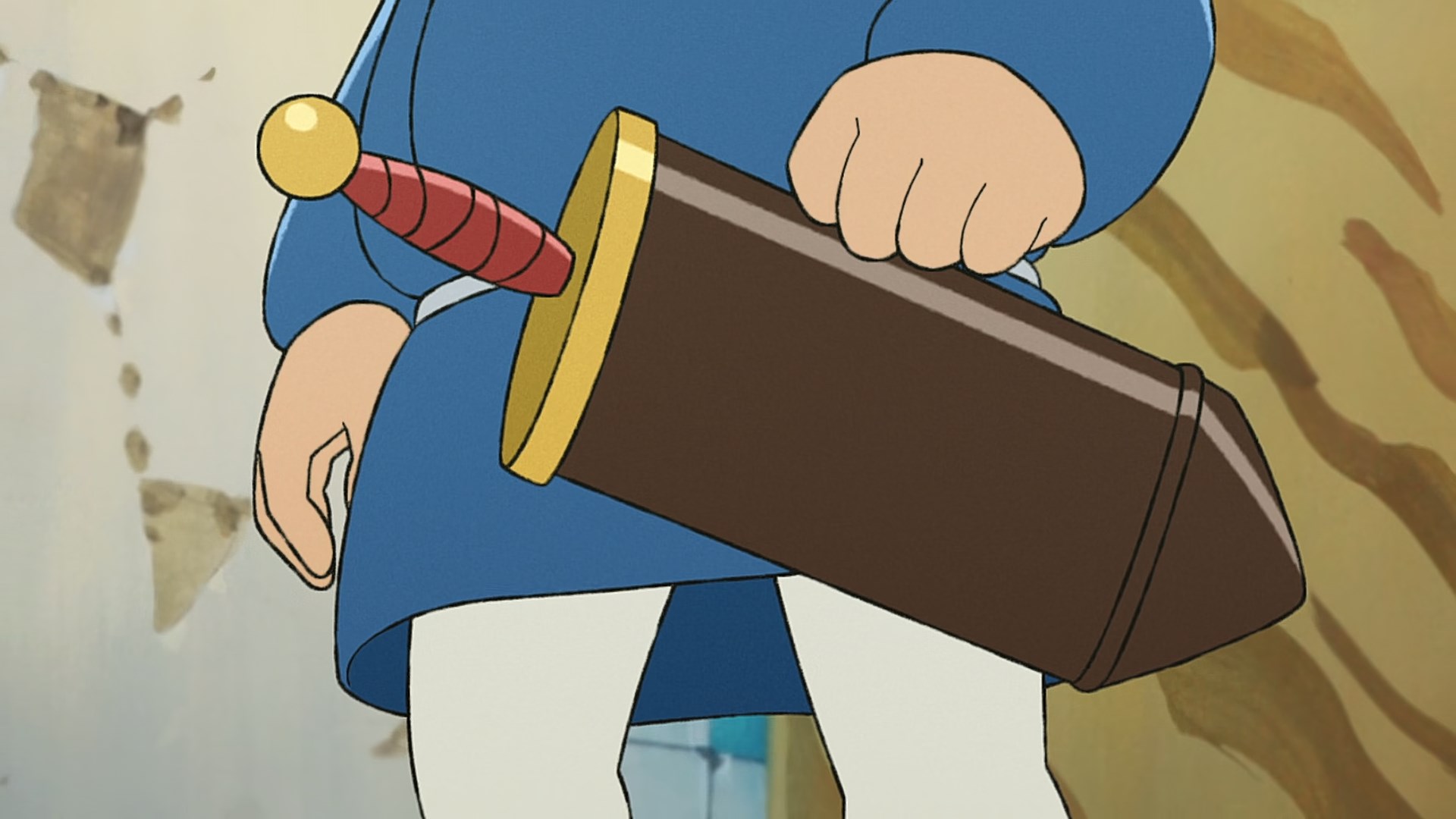 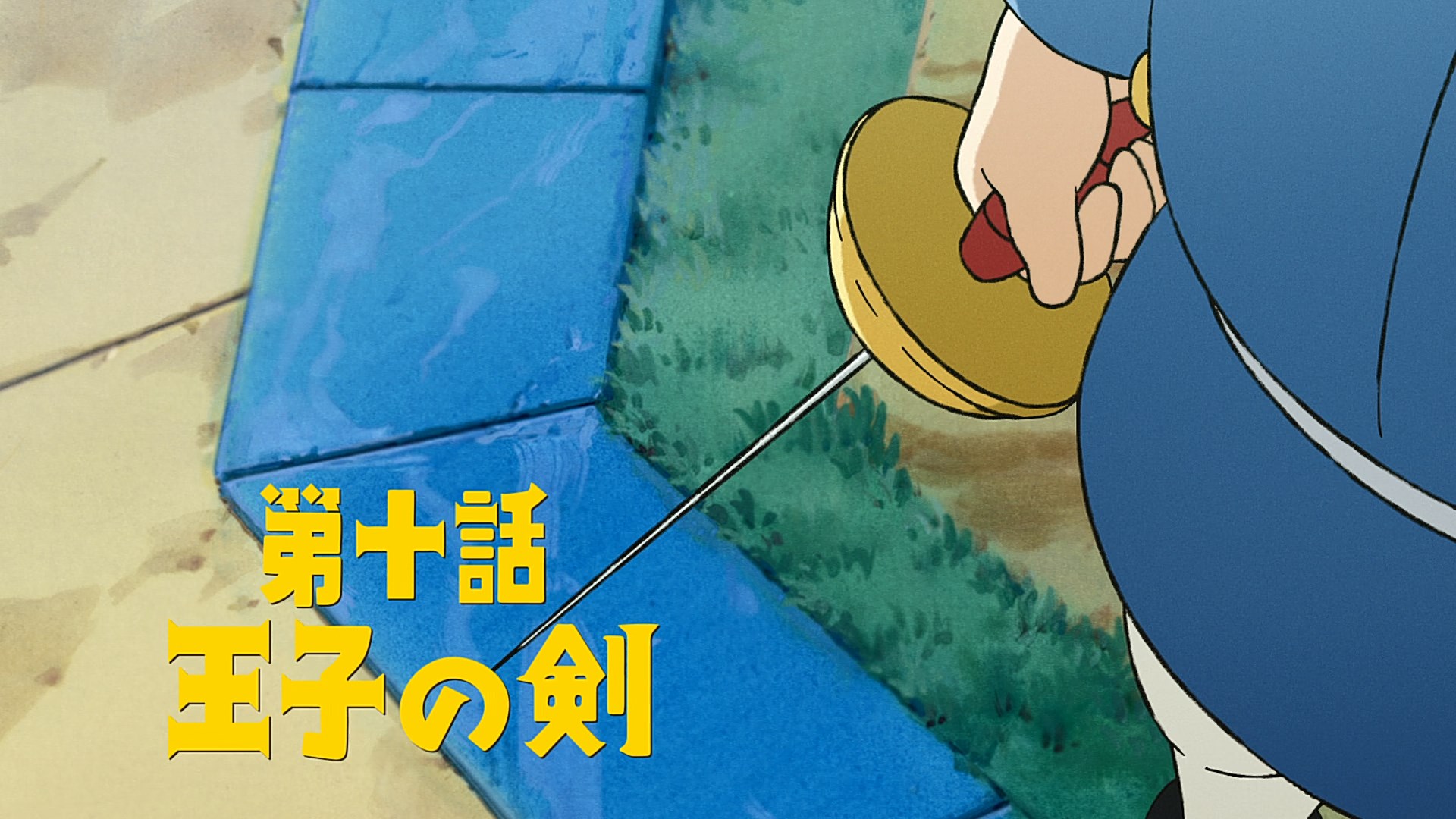 Kage can’t believe it and believes this stunt with the sword is just a load of porkies. Despa prefers to call it a bluff. Bojji meanwhile looks deflated that his little act didn’t spur a more positive reaction but when Despa tells him to buck up his mood immediately lifts. There is a moment silence then Kage finally accepts things by recalling that strange event he saw previously with the rock. 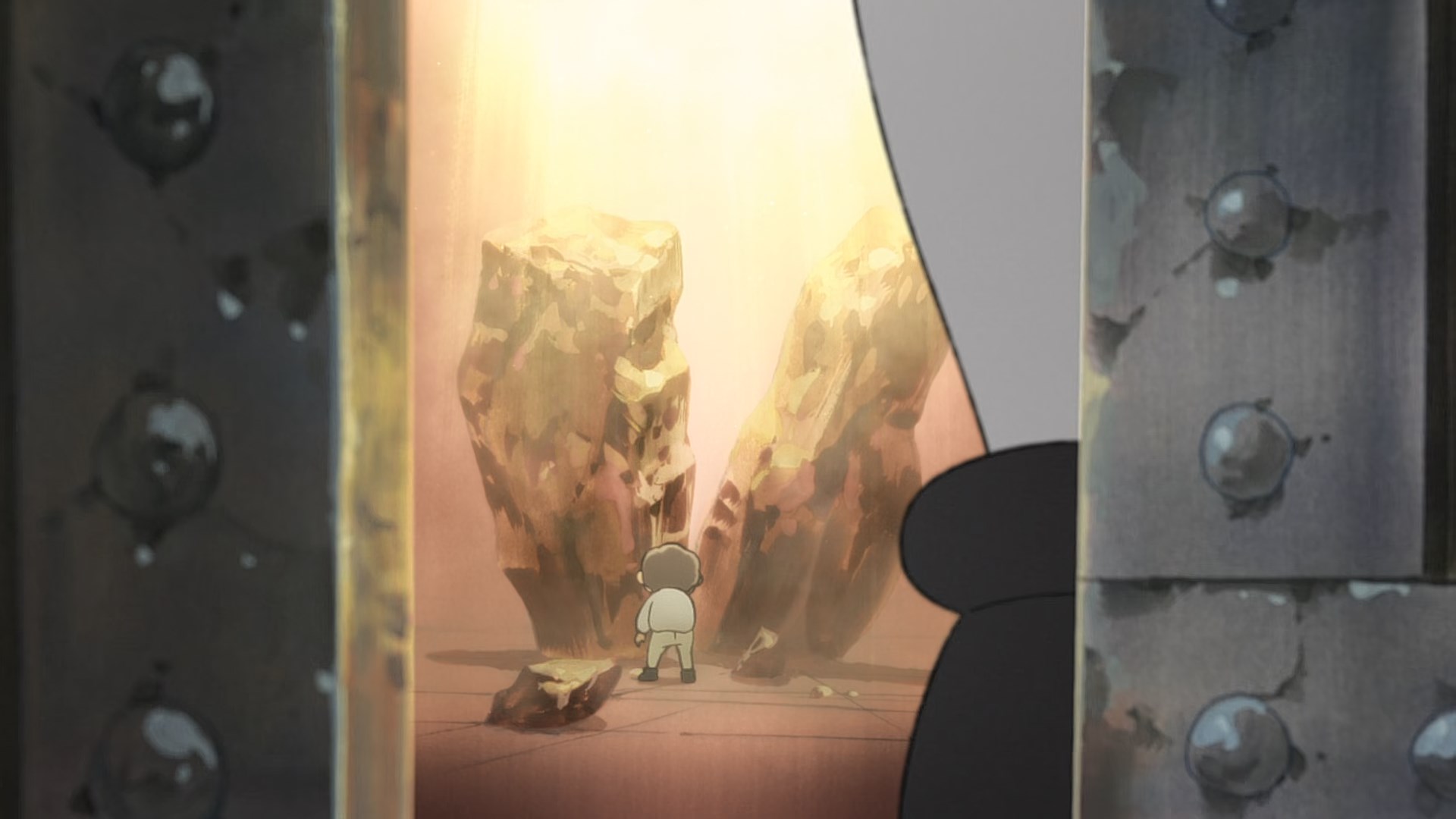 The trio go to a nearby restaurant and celebrate with a toast on Bojji’s mastery of the Despa arts. Their celebrations do not last long however as a bunch of rowdy ruffians soon circle them. It turns out these people are the same hooligans that smashed Despa's head in previously but instead of another major fight both Despa and Bojji play it cool. This calm composure façade does not last as all it takes is for someone to bait Despa before he strikes a haymaker at one of the guys! A fight ensues and Despa is beaten badly. Bojji can’t take to seeing Despa get hurt and leaps to take a mighty blow to the face! He is struck and goes flying but miraculously comes straight back to challenge this man. The man is pumped! 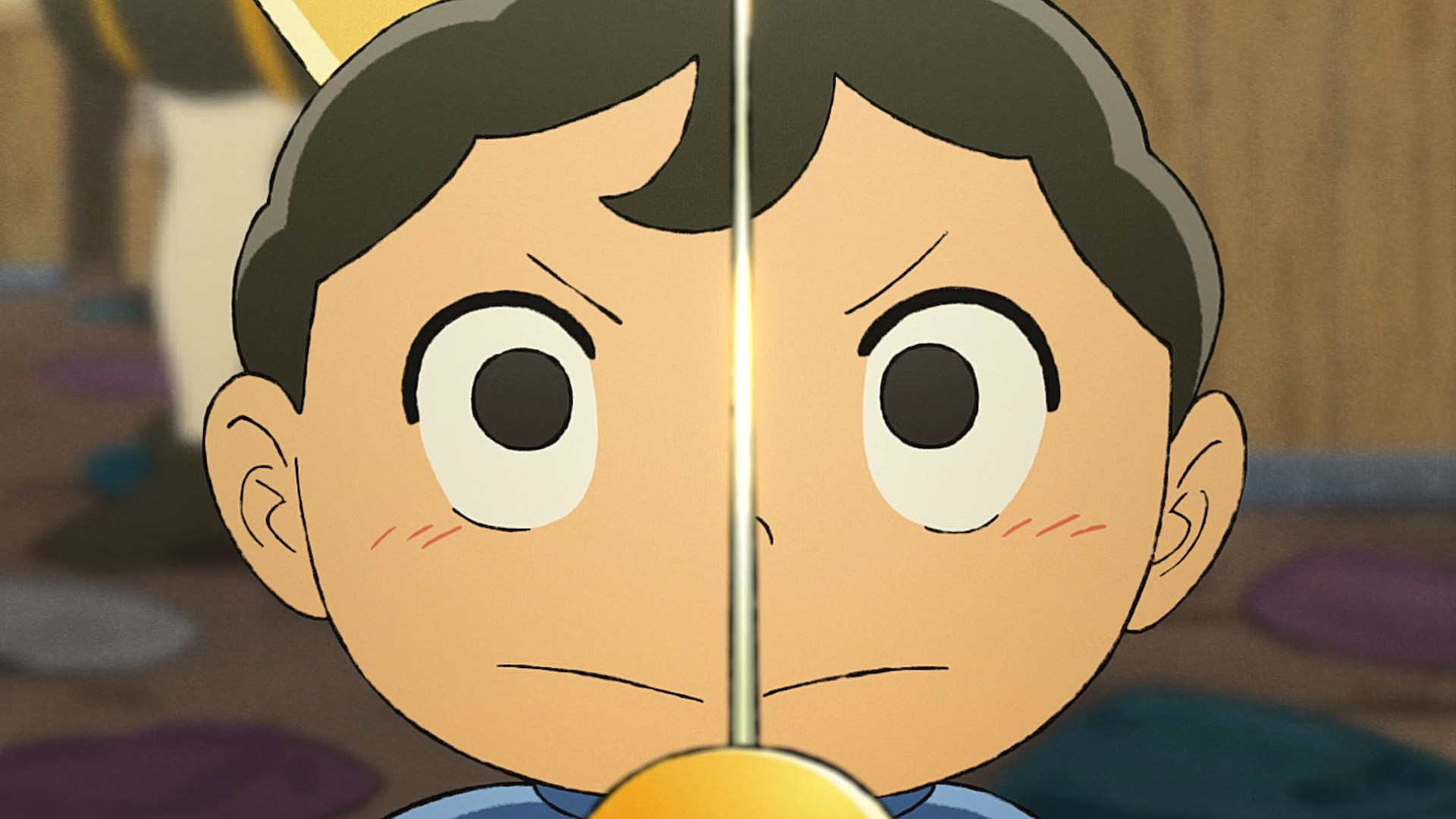 Bojji charges and evades the guy’s punches with ease before striking a blow straight for the man’s jaw. It such a light strike that he remains startled at what just happened. He soon staggers and falls to the floor unable to get up! What just happened? The other two assailants decide to gang up on Bojji but then suffer a similar fate! Kage is stunned at what he is seeing! It’s like these guys pop unconscious with just a simple tap to the jaw but Despa explains that Bojji’s moves are so effective for he uses his opponent’s momentum and places his punches with such precision to gain the maximum impact. 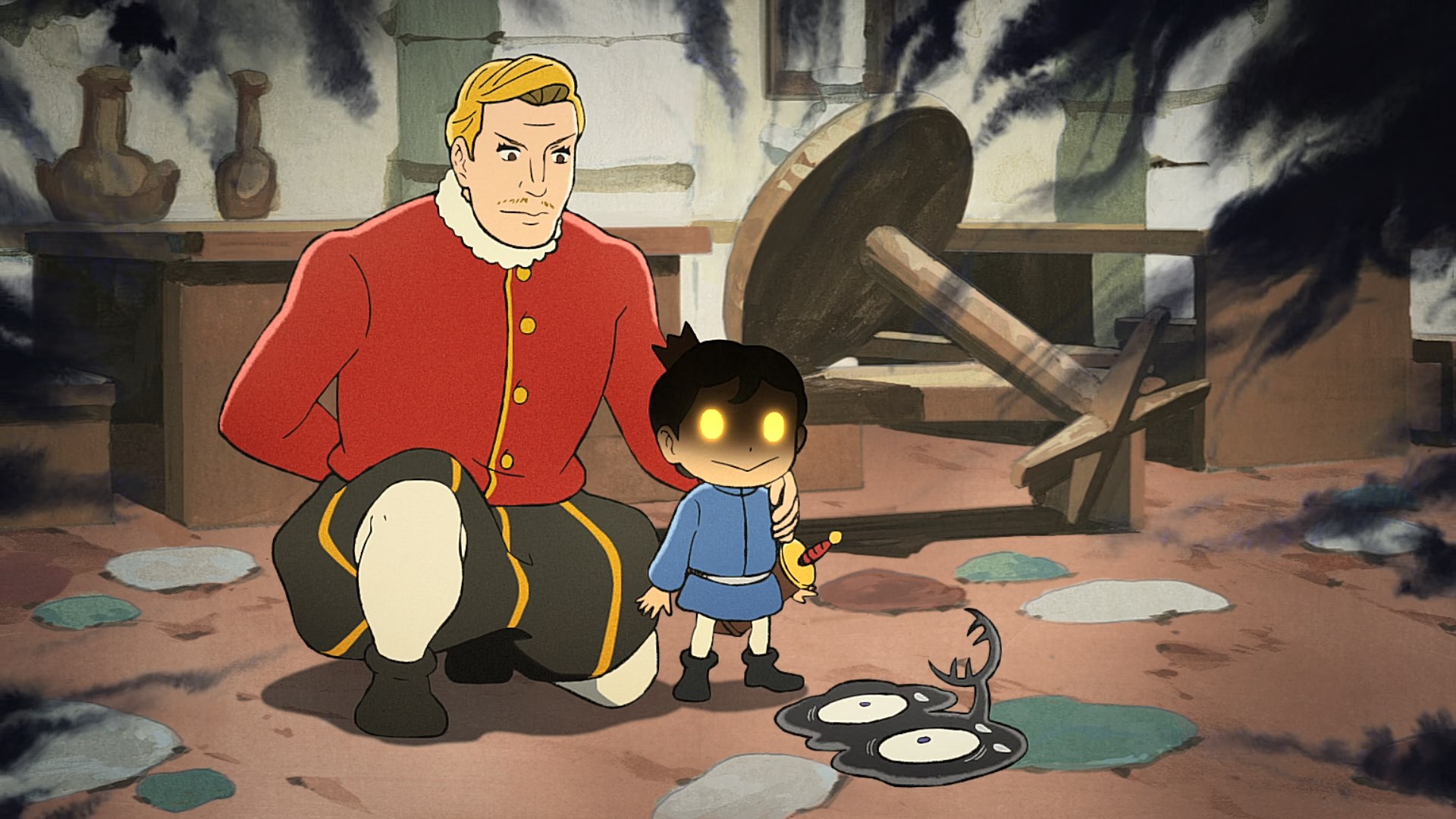 Things get serious when one of the blokes picks up an axe and postures to attack Bojji! But Bojji is unphased and remains calm. Despa throws him his rapier and in one quick elegant motion dispatches his foe with ease. Knocked out and confused the men retire for the night and Bojji is the victor! Kage is ecstatic but remains baffled at how Bojji achieved his feat. Despa proudly explains that this handy work was the result of Bojji attacking the right pressure points to incapacitate the enemy. It all flies over Kage’s head but the results are what matter so who cares about the details? Kage rejoices at Bojji’s triumph! Despa does mention, in a more ominous manner, that his strikes can easily kill should Bojji actually desire it. Kage freaks out a the thought!

With this win out the way the three go on their merry way. It is not long however before Despa says he needs to split and will meet the two later on. Despa dashes carefully to ensure he is not followed and then meets up with the gang that attacked himself and Bojji. It would seem that the whole ruckus was an act but the actual sword fight was real. The men really did lose that encounter (or did they?) but more interesting than that is the idea that Bojji may have some even bigger tricks up his sleeves. What could those powers be? 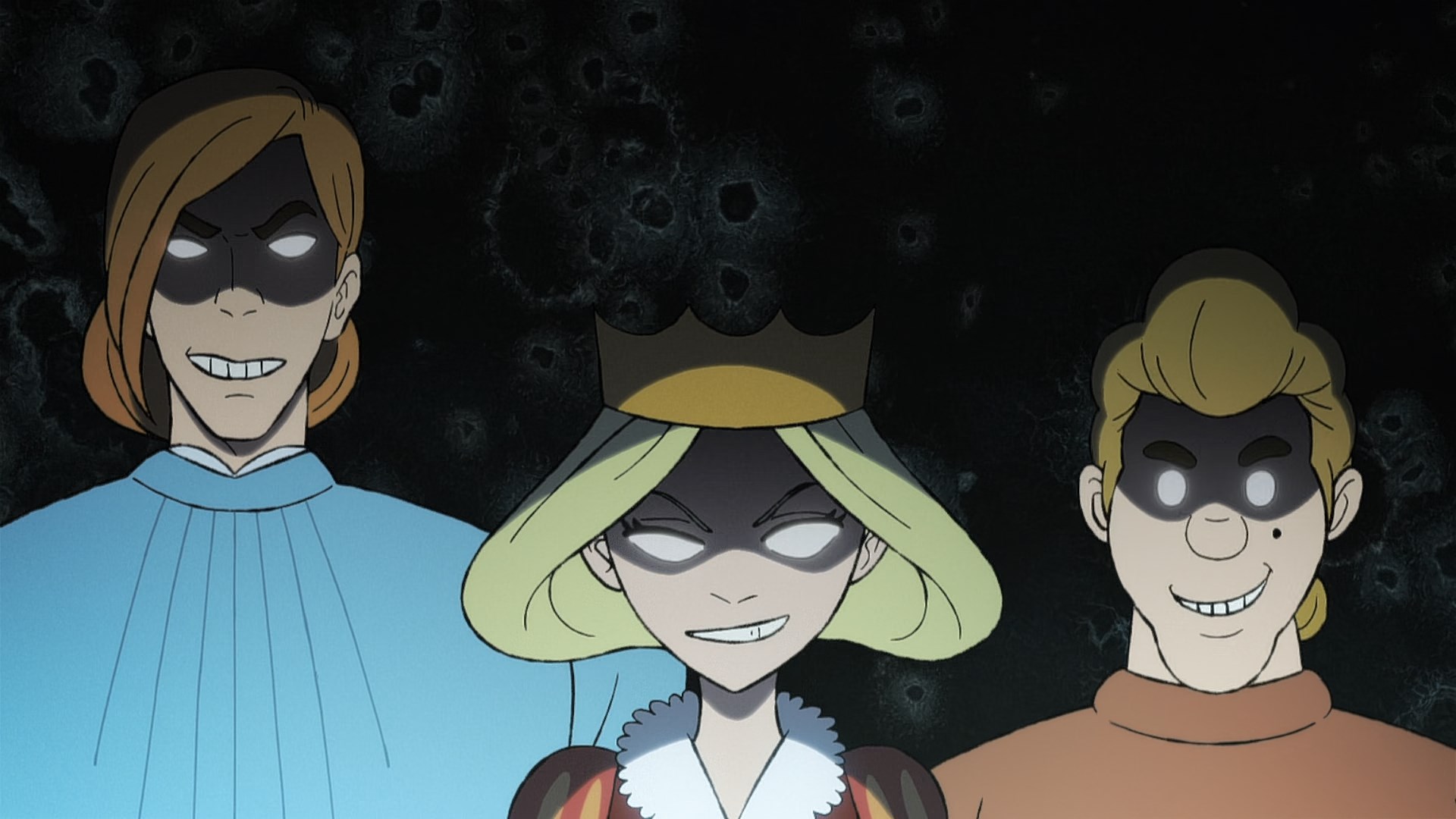 Kage accepts Bojji’s new ability to find pressure spots but remains perplexed at his extraordinary ability to dodge attacks. Bojji explains that it was the snake Mitsumata that honed his abilities to dodge attacks and it is a move Bojji developed through feel and instinct. He does not rely on his vision to see and evade enemy attacks. The scene goes to Mitsumata who explains to Bebin the situation regarding Daida and Bosse. It looks like Bebin could be in a bind but is impressed with what he hears about Bojji’s development and wonders if he can really be the king that can save everyone. If there was one aspect that troubles Bebin it is the fact that Mitsumata trained Bojji to read lips. Never got an incline for him having that skill. Bojji is quite the sly one for keeping that talent under wraps!

Kage ponders on this explanation and says that if his story is true then it is likely Bebin knows of Boji's gain of strength. He warns Bojji that there is a massive conspiracy afoot and Bojji needs to be careful. Bojji immediately fears the worst and believes everyone is after his head and is visibly shaken. Kage tells him to buckle up and Bojji reflects on the words of Despa that said he needs to believe in the words of others. He losses himself in that moment and breaks down into tear and kicks himself for forgetting such a simple truth. In the final scene of the episode, we get some mysterious figure scoffing down a dead rat. What is this little critter and how will he impact the story? 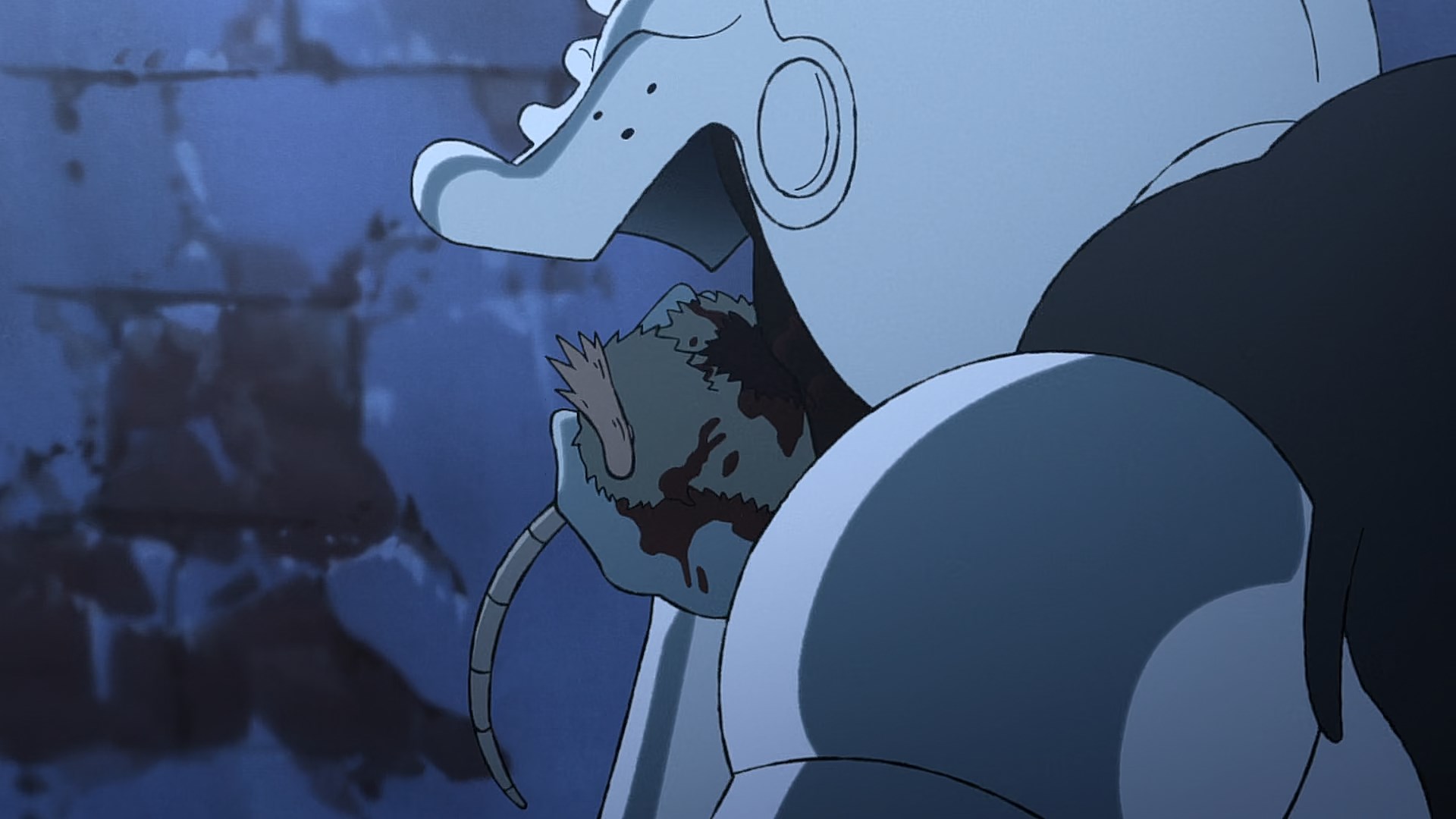 Thoughts: With the last few episodes largely focusing on Daida it was nice to finally get some Bojji action. His new found strength is remarkable but is it really real? I think so but the bit about Despa saying Boji had the ability to easily kill seemed to foreshadow some future event when Bojji will kill someone pretty major. Not sure that will happen as it goes against his nature but a thought to brood over. The other big question is the motives of Bebin who while seems supportive of Bojji has loyalties that ultimately lie with Daida. Does he hope that Bojji will rescue Daida from his current predicament? It would be fitting especially when you consider Bebin's remark that Bojji is the one to save others from peril. Well I could be totally wrong as this is total speculation on my part. Interesting to hear comments from other folks!
Click to expand...