Things kick off with a flashback from a young Zen who is scolded for not getting a perfect score on the test. When a classmate calls for Zen, this only angers his mother further for she feels betrayed that he would hide such details. Although she allows him to attend, in act of aggression she digs her fingers painfully into his scalp. 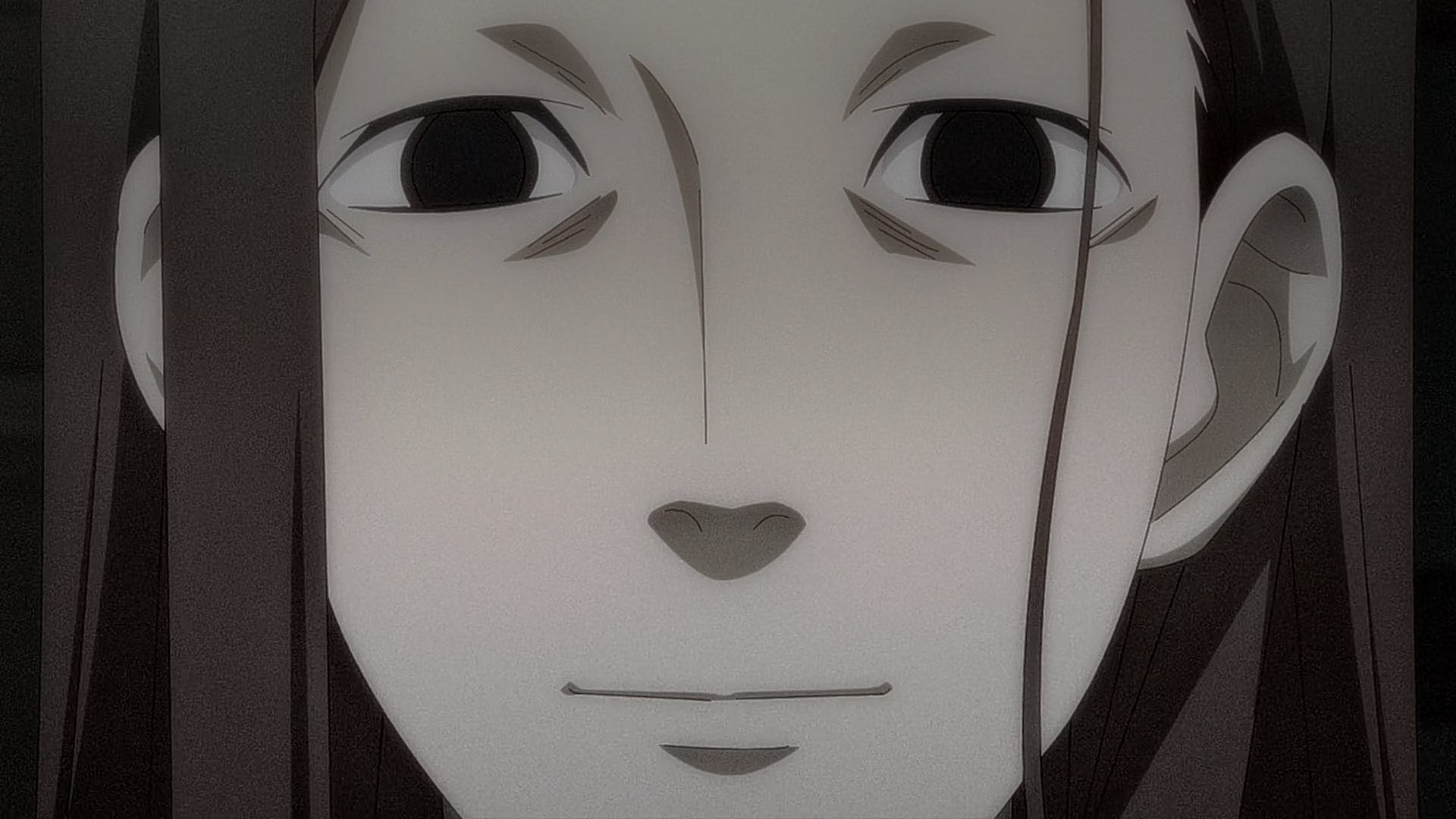 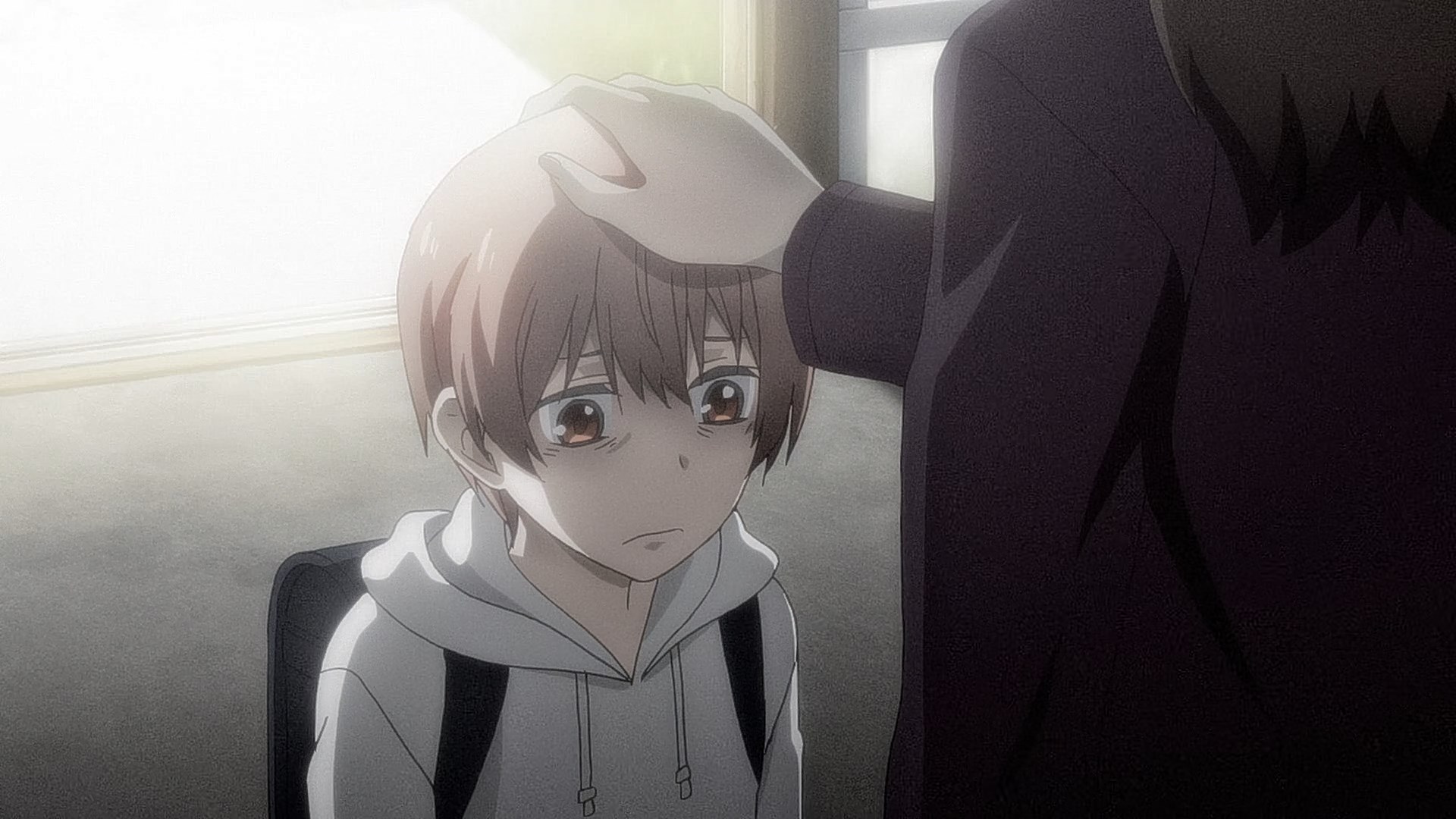 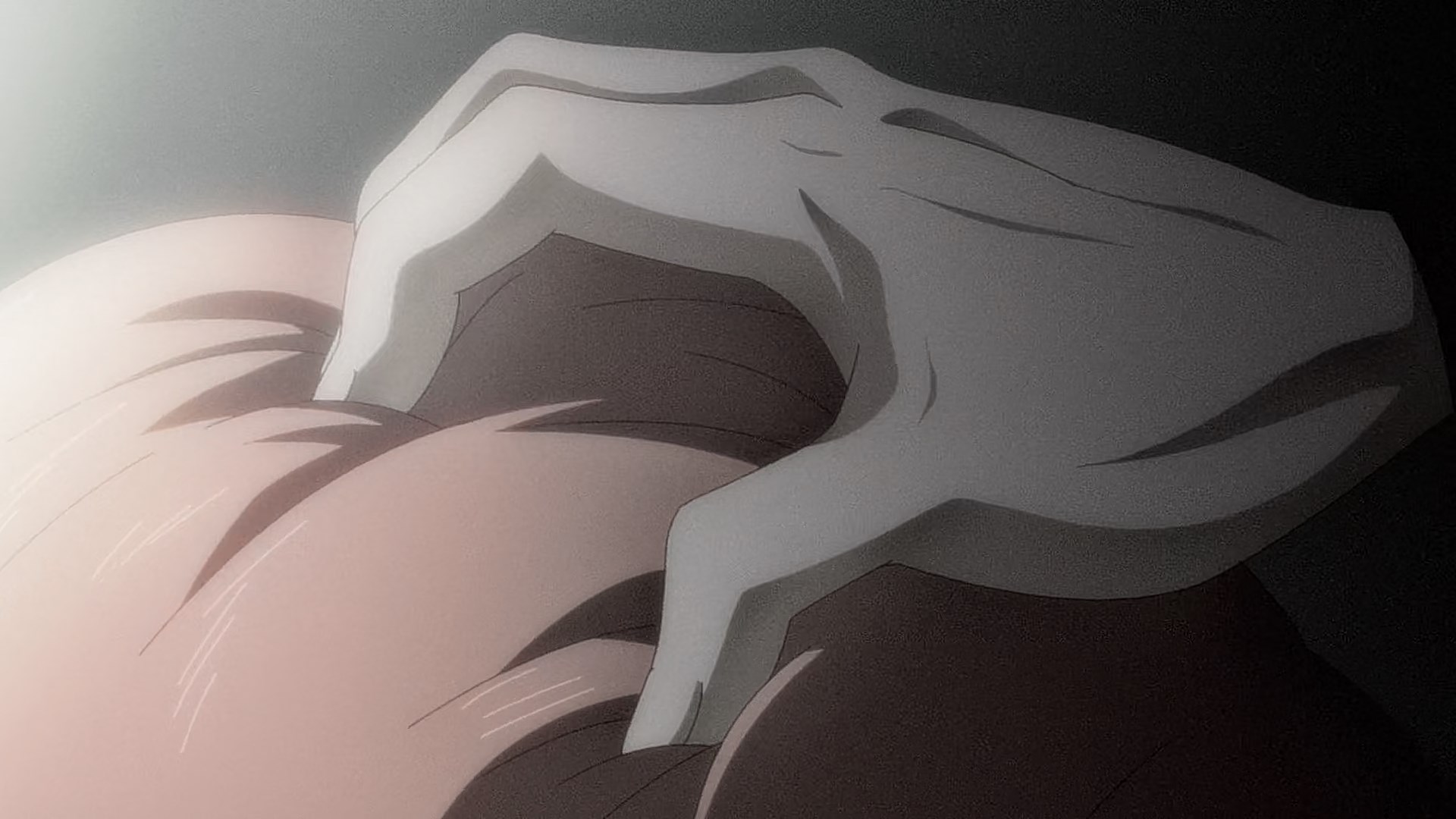 Angered upon over his mum’s outburst he happens to see an innocent kitty passing by, no doubt he will try something unthinkable. This day dream comes to an abrupt end when a student calls him out. Normal service is resumed and we Hana is as hungry as ever helping herself to another treat.

After school Hana and Miko leave together but instead of going to their favourite snack hideout Miko decides to split to see her “boyfriend” so us not alert Hana to the truth. She begins to tail Zen hoping to find something incriminating. It is not long however before she sees a truckload of foul spirits surrounding the guy. It unsettles Miko for a moment but then she recalls that if the spirits do see her again it would create another incident similar to what happened in the park. If such a thing were to happen again it blow her cover on top of that it would be the third and final time she would get help from the shrine spirits.

Her resolve is strong though and she carries on despite the dangers. She finally sees him go into a small alleyway. In the alley he spots a cat and it looks like he will commit the evil deed Miko has been waiting for! She waits with trepidation but when he sees his hand grasping at the poor cat’s head she cannot take it anymore and tells him to stop! A sinister wind flows over her and Zen now remembers her clearly as the girl who denied him the cat. It is not just Zen who is hostile towards her but even the spirit around him growls in anger. He surmises she was following him and demands she return the cat back to him. Miko, despite sweating buckets, legs it and is kicking herself for not holding her nerve until he was caught red handed before calling the cops!

Escape proves futile however as she trips on a set of stairs and Zen is on to her. He asks why she keeps denying him cats but before she can answer the cat leaps out of Miko’s arms and makes a bid for freedom. Zen sees this dash and the imminent danger the cat is in and makes a wild dash when truck-kun’s cousin; car-kun seems to have isekai’ed the man! Oh wow! 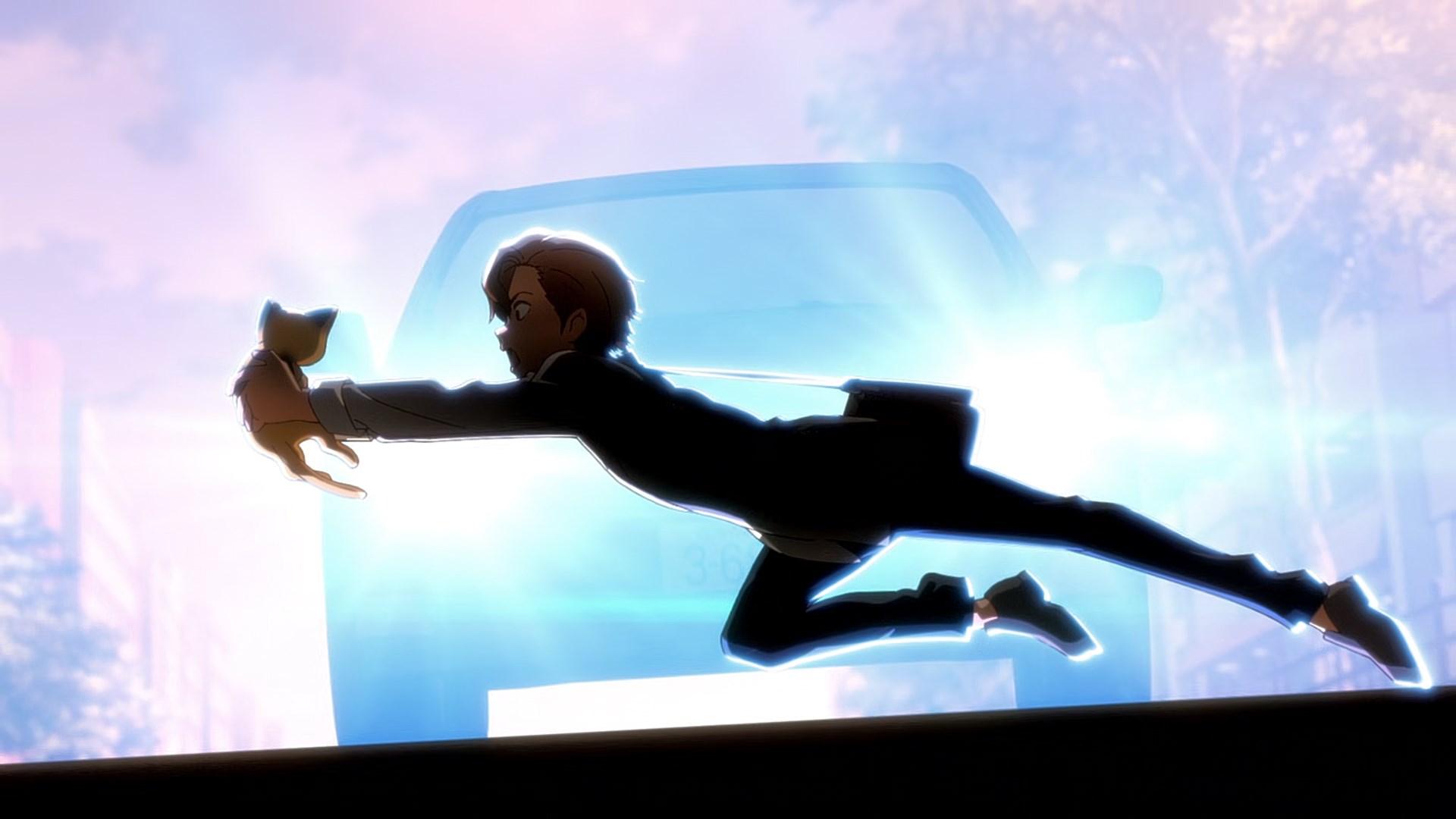 We get another flash scene, this one a continuation of the one earlier in the episode but instead of a vicious attack as it seemed to imply in the earlier flashback, we actually see a young Zen feeding the cat a spot of milk. Happy with this act of charity he continues to study with a smile on his face and grows to enjoy taking care of kitty’s even buying a book on how to take care of them. His efforts are ultimately for naught as his twisted mother decides to kill the cat in brutal fashion much to the horror of Zen. 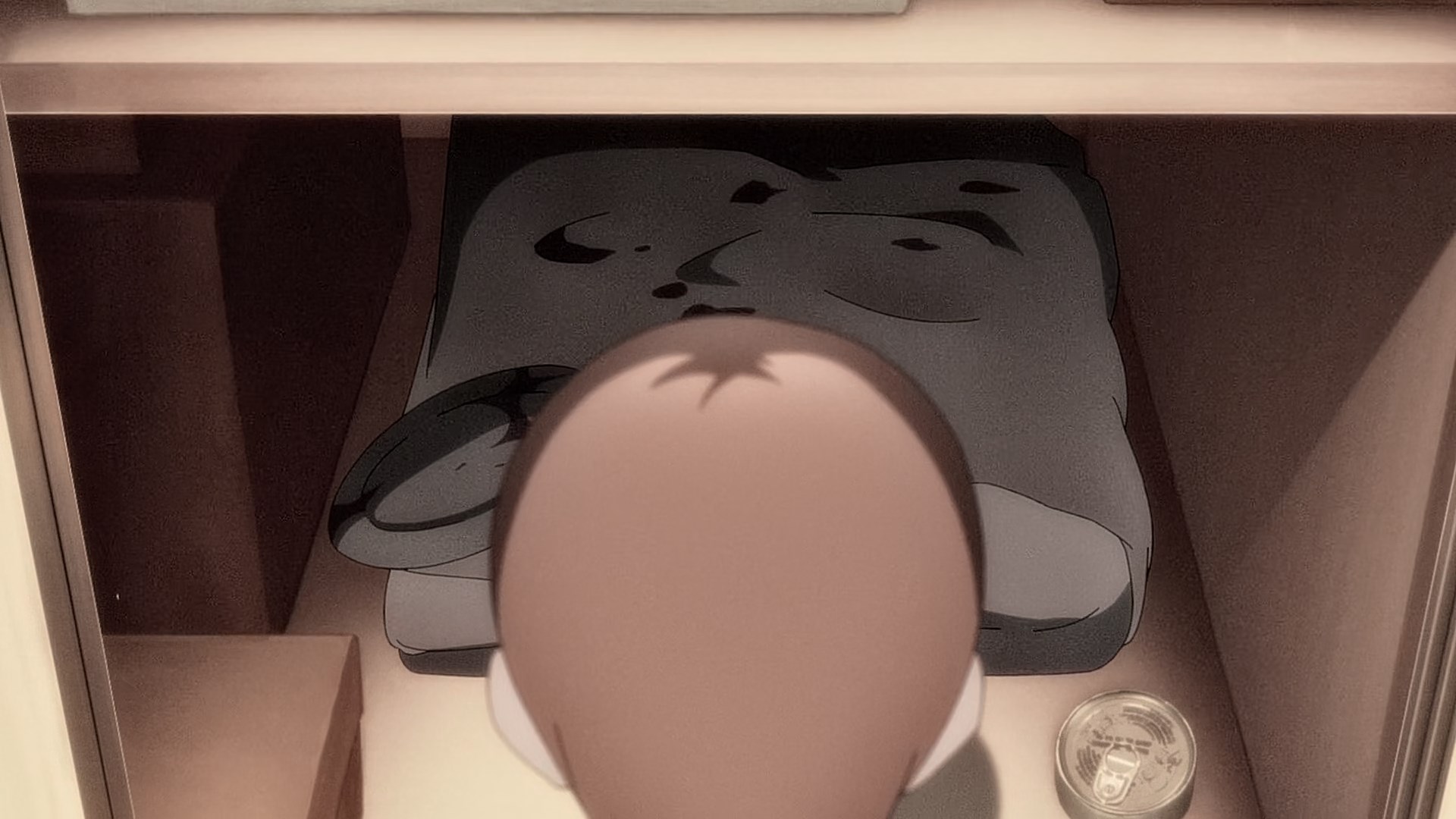 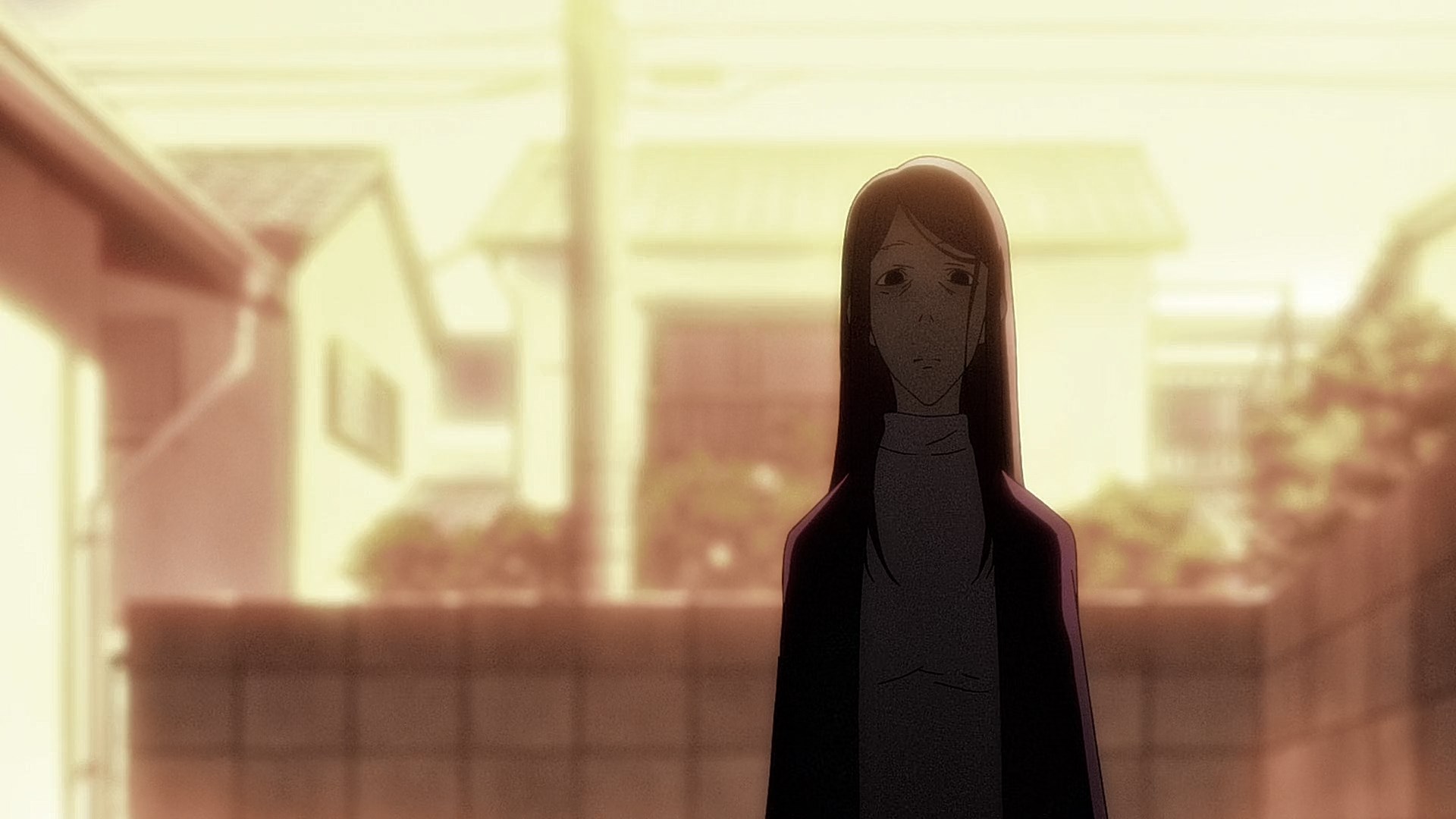 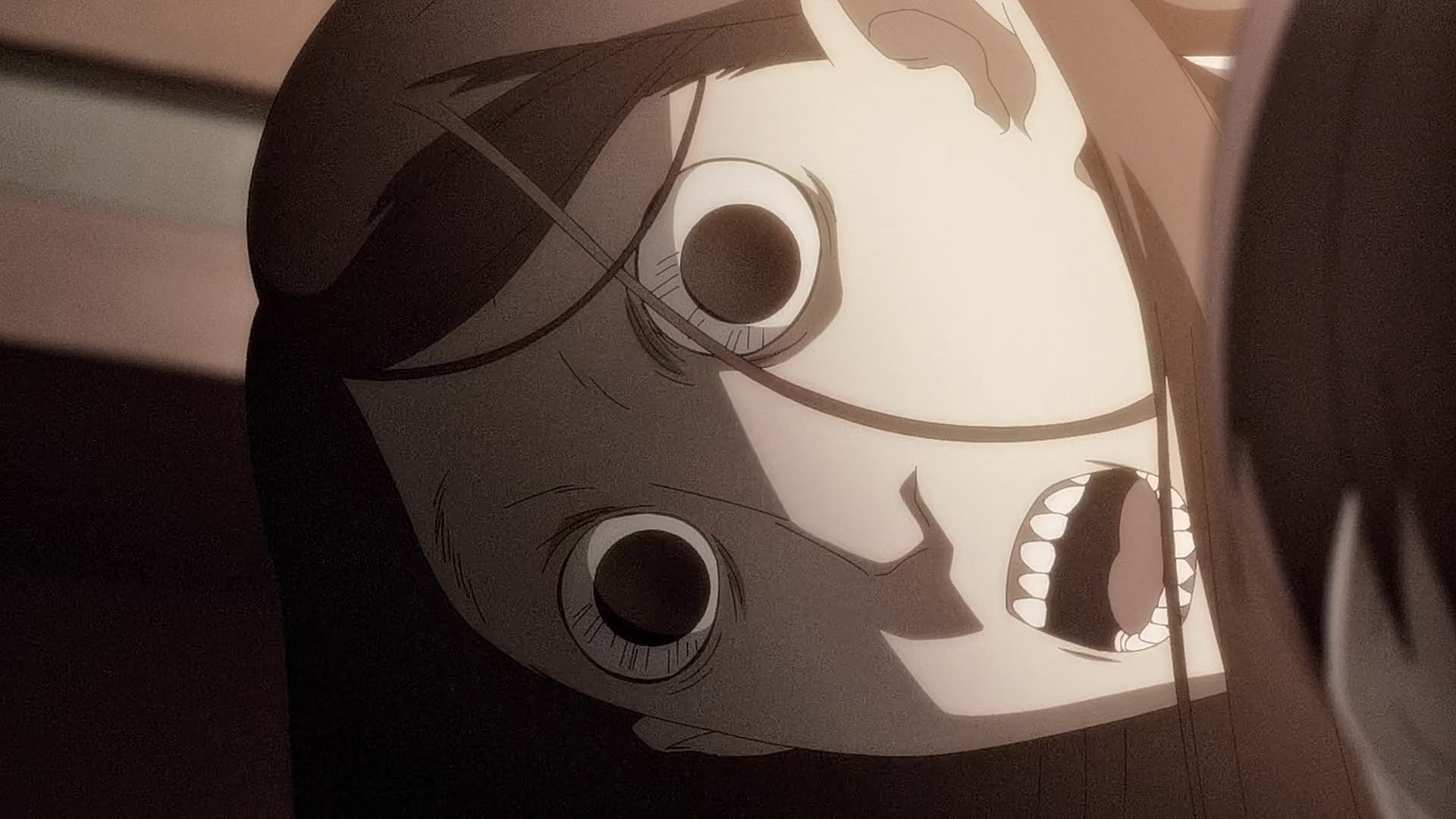 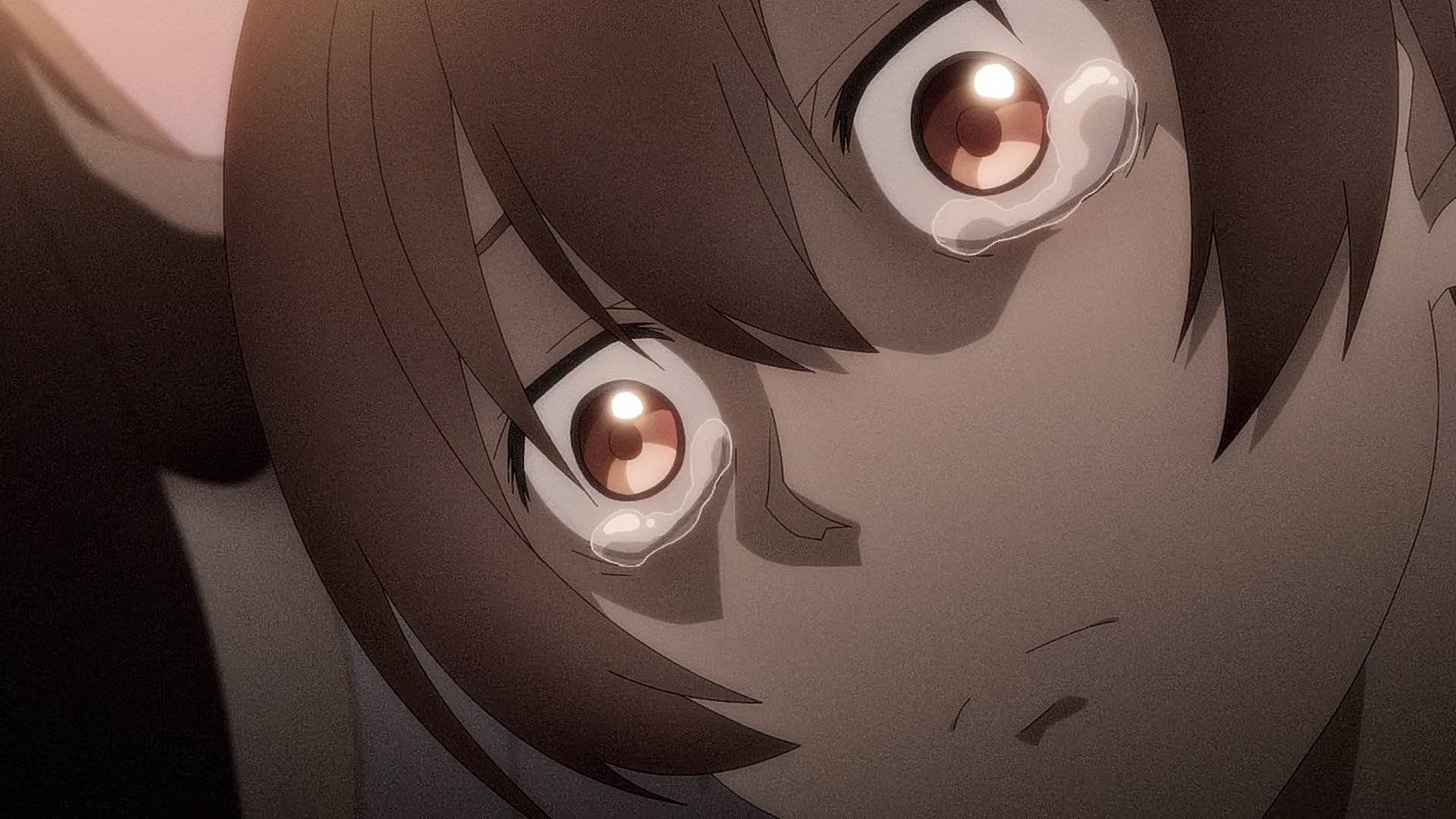 It would seem car-kun hasn’t got the skills of truck-kun as Zen still lives. He asks what happened to the cat and when Miko says her family is taking care of it he is visibly relieved. Miko then asks why he was after the cats and it would seem he had the same objective as her of finding who the cat abuser was. Thing is he suspected Miko of doing and even has the gall to call her a weirdo! Zen is thankful however as he no longer considers her the culprit. He advises her not to look at social media to adopt cats but rely on his connections a bit more.

Cue our friendly veterinarian Satoru to show up who describes Zen as a life-long friend. The pair have a chat on the rooftop and Satoru says that Zen has difficult socialising and is surprised that anyone would visit him in hospital. He describes that the issue with Zen is his overbearing mother who is a control freak and refuses to let anyone look at her son. It is at the moment that Miko puts the pieces together and realises that the spirit that follows Zen is actually his late mother!

Miko goes back down to the ward and asks that Zen takes care of the next cat he saves. He says he cannot do that but when Miko asks if he loves cats Zen pauses for a moment before saying no. She doesn’t belief this answer and says a person who didn’t love cats wouldn’t have risked their lives to save one. To this he has no answer. Miko pauses for a moment and then makes a dangerous roll of the dice as she says to the spirit to set Zen free. The spirit is infuriated at this suggestion and chases after Miko! Just before it has its way the shrine spirits make their appearance and it looks like they have defeated this latest fiend but since that was the third time what will happen now… 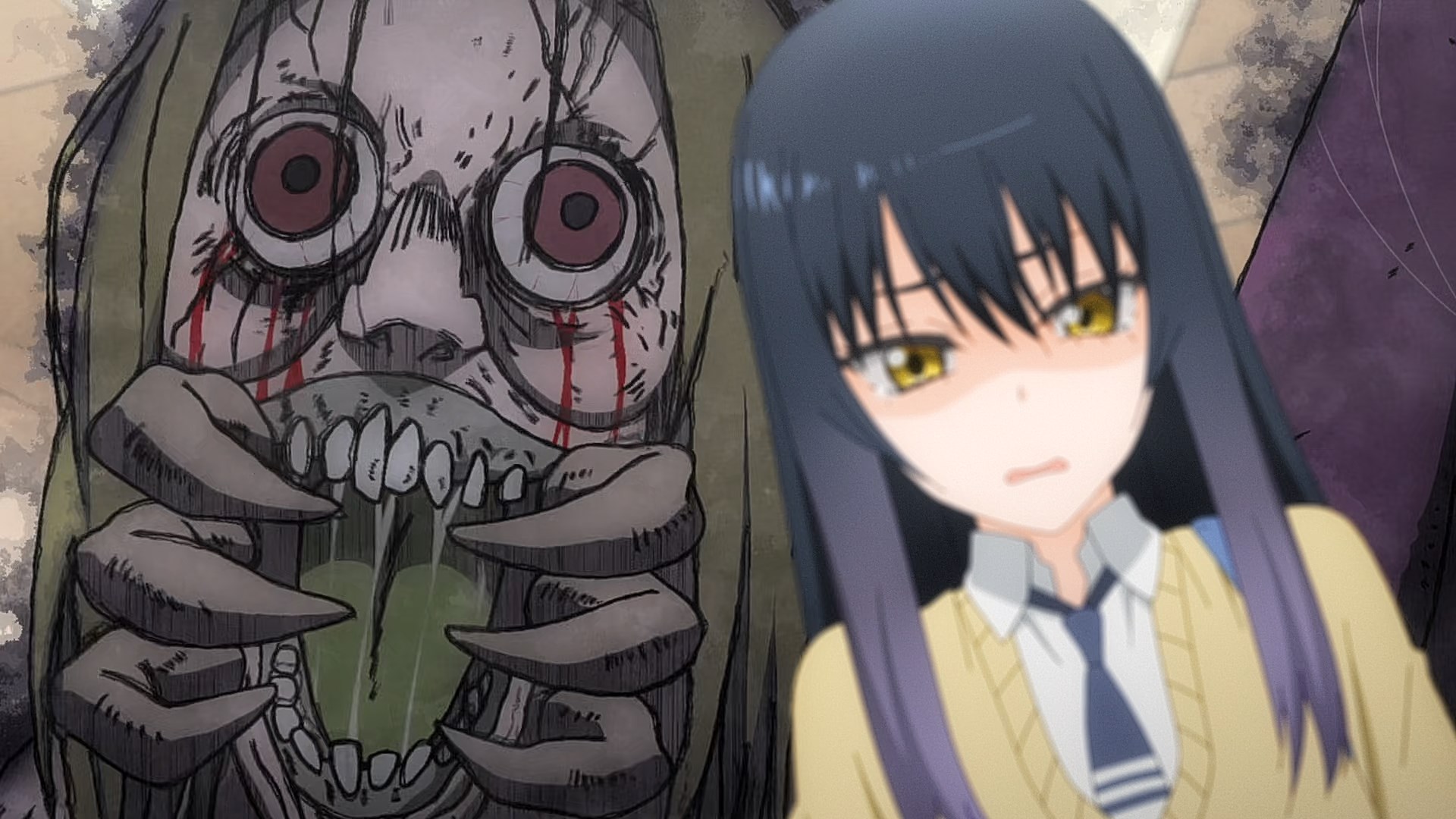 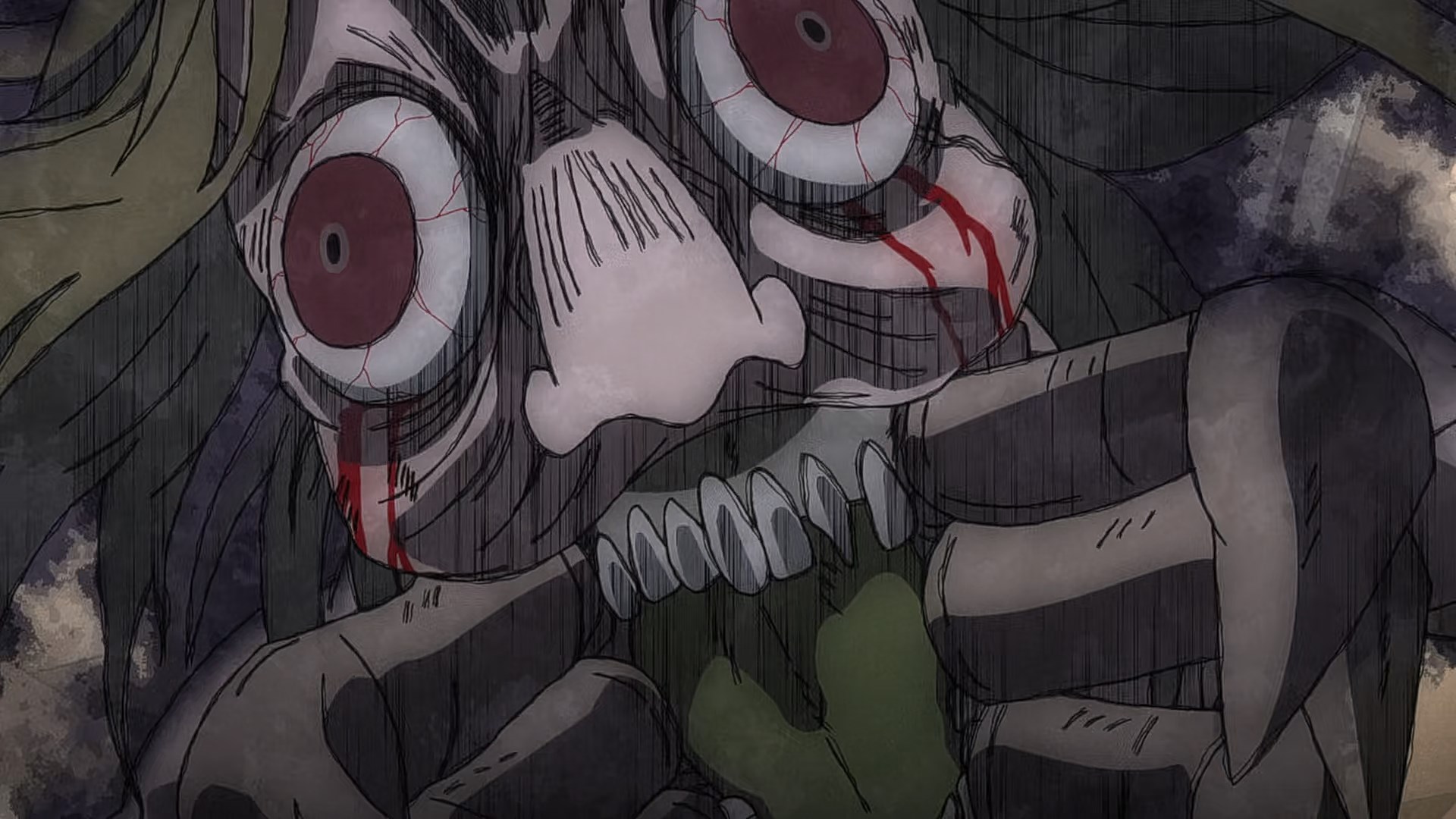 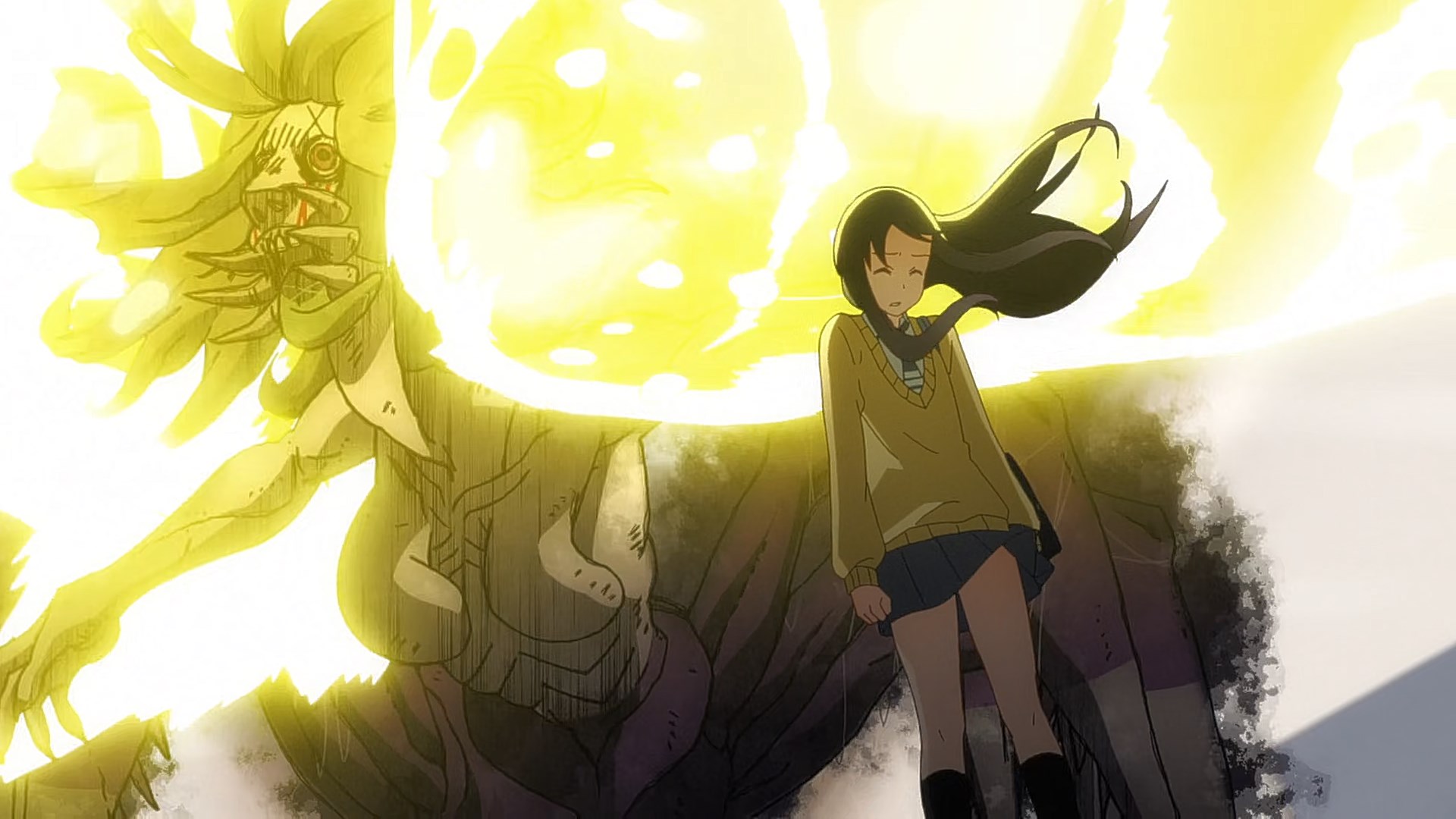 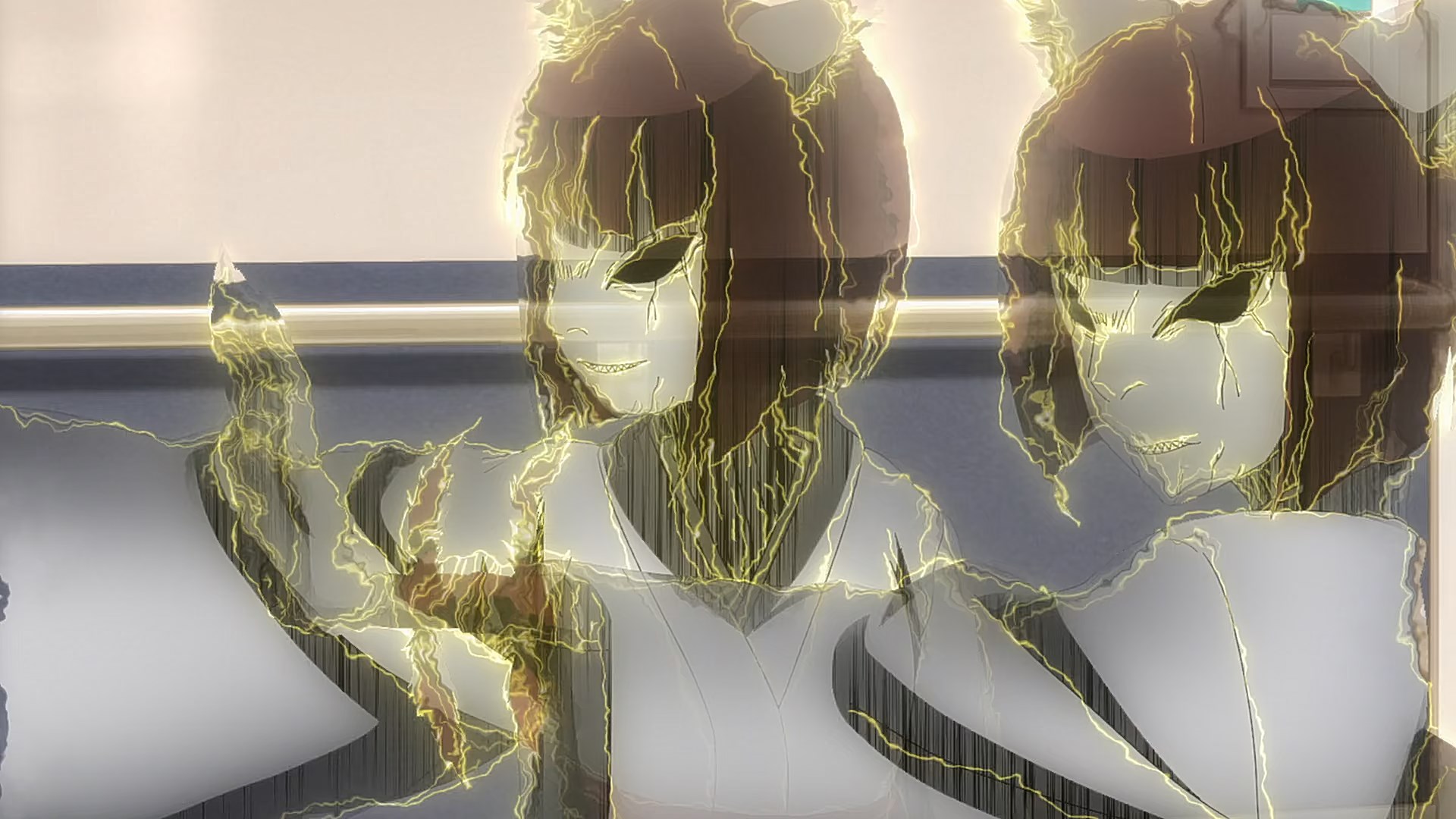