This series is based on light novel with the same title. No English translation synopsis that I could find so far. Maybe people who reads the novel can give some official synopsis.

Anyway, I translated this 'synopsis' with excite from the original website. But it is messed up, so I'm not really understand it fully yet.
Shrine maiden of carving and ..Saint (Stigma).. coming of of bright
red flame that stays from contractor (contractor) old of Fu (It is ..
making.. food in being) to the body.

When the hero of the wind meets the heroine of the flame.
The impact that no one has seen ..Japanese Islands.. blows hard.

It is a right in two as for the skyscraper hotel of the heaven that attaches.
Clash of wind that cuts flame and air molecule that burns everything up and tears it.

However, is this a fight that the high school girl unfolds in the same world as not
the story in the different world but us?ï½¡

Features in order and beautiful long hair are Madonna, and Caminaaya of Ulwashi Samisasagi educational institution ..looking...
High school girl favorite of karaoke box and cake Viking who is anywhere.
However, she had the secret.
Doing from shadow of Japan from old to only daughter of Camina clan and the main denomination that has supported it, and she ..Camiken and Honoocaminariha (not gotten).. is burnt and ã€Š Honoojutsshi ã€‹ of ..ruin.. eminent clan as for manipulation
Young person and eight god harmony hemp that confronts succession right of Camiken and Honoocaminariha (not gotten) transmitted to such Aya and clan putting it, and is defeated.
Girl..defeat..thing..clan..banish..line..know..become..harmony..hemp..after an interval of..come back.

Popular light novel 'Stigma of style' has been said, 'Making to TV animation is impossible' by battle & violence description that surpasses the masterpiece action of the Hollywood majority
The negotiation on the Tsndere daughter and Aya that shows a cool, dark hero, harmony hemp, and 100 expressive looks also wins popularity.
The popular light novel on the publication of this six volume works and two anecdote works makes it to TV animation according to latest Vijualefects and ability sect staff & Cast long-awaited.
ã€€
Fujutsshi ã€‹Tijutsshi ã€‹Mizjutsshi ã€‹It is 'Flame originally' without 'Style' not visible and decided shape
Marvelous power of expression is made good use of, and the clash is drawn on the scale that exceeds the frame of TV animation.

The wind and everything that freely becomes it are foreseen, and a
flame and everything noble are purified.
It begins Eremental battle action that rolls the flame style
whirlpool and here.


Speaking of the studio, Gonzo, I think there is nothing that I have to say. All of you should have known about Gonzo's popularity. Well, some famous anime that Gonzo is involved with: Full Metal Panic, Blood+, Chrno Crusade, and NHK ni Youkoso!

Here's the 6 covers of the novels: 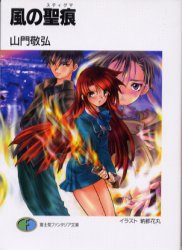 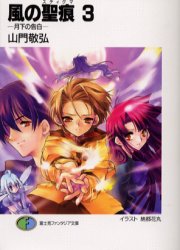 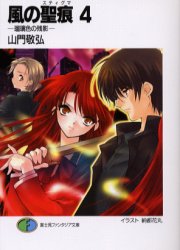 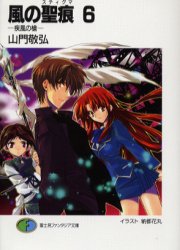 It reminds me of Shakugan no Shana

Retired
I'll be keeping my eye on this series. Seems interesting enough. And the fact that it reminds me of Shakugan no Shana is about reason enough to check it out. Do you know if any of the light novels are translated?
<p>

Kouhai
well i'll keep an eye for this anime also, since as jul10 stated that the maker had alot of famous anime made

Retired
QUOTE (Barbobot @ Feb 17 2007, 10:21 PM) Do you know if any of the light novels are translated?
Not that I'm aware of. There is also not much info about the novel. Well, novel is kinda different with manga, so it is kinda hard to find some info on it. 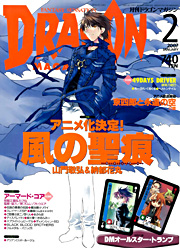 Retired
I like the way the characters look so I'll probably add this to my future watch list and download the first ep when it's subbed to see what this one's about. Plus, I saw some of both Blood+ and Full Metal Panic and did enjoy them both.

Sempai
Anything that's even close to Shana can't go wrong.

And as for Full Metal Panic!...Gonzo only did the first series while KyoAni did Fumoffu and the Second Raid.

Opps yeah..thanks..I have fixed that.

There is also two short stories of the light novel.
Here's the cover: 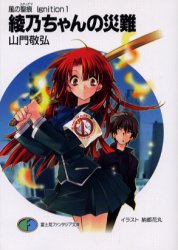 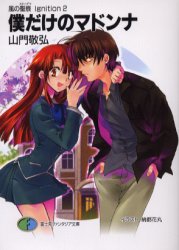 Retired
ohh this is interesting. I'm gonna download this for sure. Classy animation, though.

Kouhai
QUOTE (hamasusuke @ Feb 17 2007, 11:55 PM) ohh this is interesting. I'm gonna download this for sure. Classy animation, though.
Thats actually what appealed me to read the post XD- it gets kinda boaring having the same Style continuously. With this (classy) makes it all more internesting..

"What's the difference between a king and his horse?
I don't mean kiddy shit like "One's a person and one's
an animal" or "One has two legs and one has four."
If their form, ability, and power, were exactly the same,
why is it that one becomes the king and controls the
battle, while the other becomes the horse and carries
the king?!...There's only one answer...INSTINCT!"
- Shirosaki

Retired
This show is slated for a spring release right? Can't wait.
This can be classified as an action/romance story right?

::edit, sorry I just realized in the first post it says it will be released in april..oops::

There's so much thats gonna happen this April.....yeah!

Retired
This sounds pretty cool! It kinda reminds me at first glance of FSN meets blood+ meets shakugan no shana!

any info on the producer and the companies that made this because it has so many similarites to other animes!
Yesterday is History, tomorrow is a mystery and today is a gift. That's why they call it the present
B

Kouhai
wow, the graphics look cool! and even though the summary is kind of vague, it seems pretty interesting. it makes me think of the elements in naruto wherein the wind feeds the flame. somehow this makes me think of that, wind and fire make a lethal combination. i think i'm gonna watch this when it goes out^_^
M

Kouhai
April will be a feast for us anime fans, since there are many good series coming(MGLN StrikerS, sola, this series, and many more). And the timing is perfect, since many series which started in October last year (in which lots of anime were released)will be finished around that time( code geass, Kanon, etc...). Our anime load will not decrease

To be honest, the main girl (the pink haired one) is not as cute as Shana. But there is another girl on the left side that I'm looking forward to. She looks cool.

Anyway, I think the main male character looks more dependable than Sakai Yuuji from shakugan no shana. This is sure a good news to me, I'm kinda tired with the lame and stupid male character, like yuuji...

Retired
This anime caught my eye while I was browsing through the list of new series in the spring and at first I was like OMG WTF another Shakugan? Though it wasn't, I'm actually interested in how this is will turn out, especially after several comments I've read from various sources in the last 10 minutes. Anyways, another one to add to my watchlist and...... I KNOW NO ONE HAS CLAIMED HER YET, SO I WILL BE THE FIRST TO CLAIM Ayano (pink/red hair girl), DON'T GO EDITTING YOUR POST..... my shana replacement since Kurosana took the original

Retired
oohh this is a must-watch for me then. I like the artwork too . this is going into my hit-and-hit-again archive!

Retired
QUOTE (Kit-Tsukasa @ Mar 08 2007, 12:05 AM) I KNOW NO ONE HAS CLAIMED HER YET, SO I WILL BE THE FIRST TO CLAIM Ayano (pink/red hair girl), DON'T GO EDITTING YOUR POST..... my shana replacement since Kurosana took the original

Sorry but I don't read spoiler, so I don't know what you said....

So i can claim Ayano...lol

Alrighty, anyway I will claim the girl with blonde hair on the following scanlation (it is the same as the last scanlation that I posted).

I found out that she is cuter in many ways than the main character on the pics...but I'm not sure about the tv-image later..lol

To be honest, the main girl (the pink haired one) is not as cute as Shana.
Just be honest and admit you like lolis more jul...

Sempai
This anime looks quite interesting with a duo(a girl wielding a flame sword and a boy controlling the wind...I think) but hopes the boy won't only use wind magic and so...Ah it really remind me of Sakugan No Shana but the boy looks much darker and mysterious than Yuugi from Sakugan....But the girl with the school uniform and red hair is quite classic....