Kara no Kyokai - The Garden of Sinners

Retired
^ I was kinda expecting it to have been remastered for BD though, considering the ridiculous pricing (wasn't it like several hundred $?). This is a bit sad.
<p>

Retired
QUOTE (Ausdoerrt @ Feb 12 2011, 02:14 AM) ^ I was kinda expecting it to have been remastered for BD though, considering the ridiculous pricing (wasn't it like several hundred $?). This is a bit sad.
$600 in Japan, $400 in US. The ridiculous pricing in Japan is because it's Japan, their Blu-Rays are $80 per disc and there are about 8 discs in this package. US was planning to retail for $600 but Right Stuf and Aniplex USA decided to bring the price down since Blu-Rays in the US are for some reason cheaper. For example, Ga-Rei -Zero- is getting its whole series on Blu-Ray and DVD bundled together in a single package for about $65 in April.

Retired
Anyhow, ANN's review is bashing at the price

Rightfully so, I might add, since $400 for a BD series set is way overpriced.

But anyway, flipped through the -remix- (didn't bother watching cause there aren't subs, and I hate watching recaps anyway), and it didn't look all that exciting. It's 1 hour short (with titles, so roughly 45-50 minutes of pure footage), and basically recaps key moments from first 6 movies in chronological order. IMO, nothing worthwhile, although them making it makes sense since IIRC it was released sometime before movie 7 so it's a valid marketing move.

The quality for the rest of the movies looks better than the DVD but only marginally so. I'm still debating on whether I see a significant difference between 720p and 1080p. Probably not so much on laptop screen, but maybe on a big screen.
<p>

Retired
I've watched the first Kara no Kyoukai movie at least 3 times since it's release, the most recent time was probably 2 months ago. I had never watched the 2nd movie or any of the others for that matter until last Saturday, only watched the 2nd movie and connected it to my TV, it's a big one, so it really fleshed out the quality of the animation, which was stunning to say the least.

Then from yesterday evening until just a moment ago, I watched from the 3rd movie to the 7th movie and then watched the Epilogue Special.

I won't put my scores here, you can check out my anime list at MAL, the scores are there, I thought the 6th movie was the weakest.

Overall, an excellent series and I'm glad I held off for so long because I got to enjoy it in glorious Blu-Ray HD.

Supposedly, Kara no Kyoukai: Mirai Fukuin, will be a movie, it's sort of a prequel to some of the movies as well as the future (after the 7th movie and Epilogue). I'm not sure if it will be just be one movie though. What I was really wondering is when do you think it will be out?

I already know the story for it by the way, read the Mirai Fukuin novel a few months back....only had like 5 chapters.

The MAL page for Mirai Fukuin:- 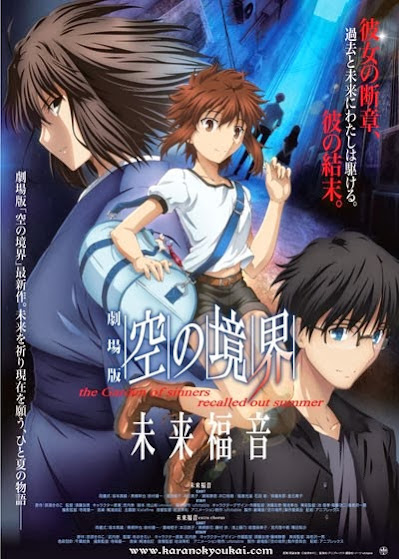 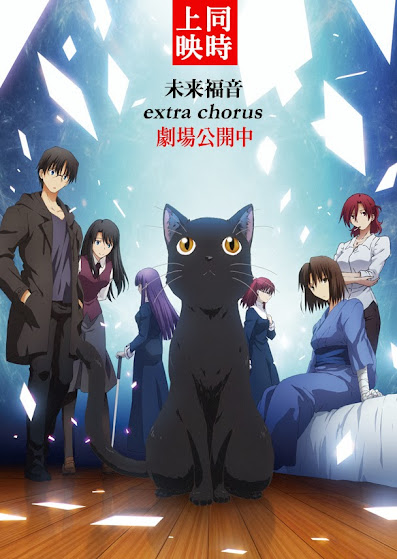 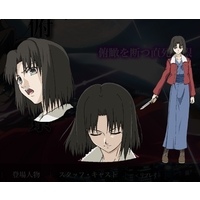 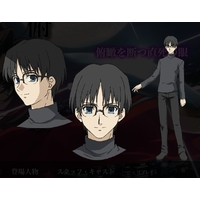 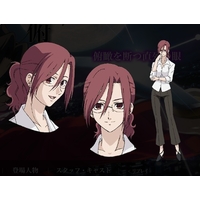 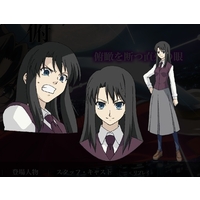 Synopsis: Mirai Fukuin (lit. The Future’s Gospel) is a side story of Kara no Kyoukai novel series. It is divided into two parts; Möbius Ring: It’s about two psychics, Shizune Seo and Mitsuru Kamekura, who can foresee the future. Shizune was sick of her predictable boring life and Meruka became a professional bomber taking advantage of his supernatural power. When Shizune met Mikiya and when Meruka met Shiki, their immutable future started to change. Möbius Link: Taking place ten years after the events of Kara no Kyoukai, Ryougi Mana, Shiki’s daughter spends the day with Mitsuru Kamekura.