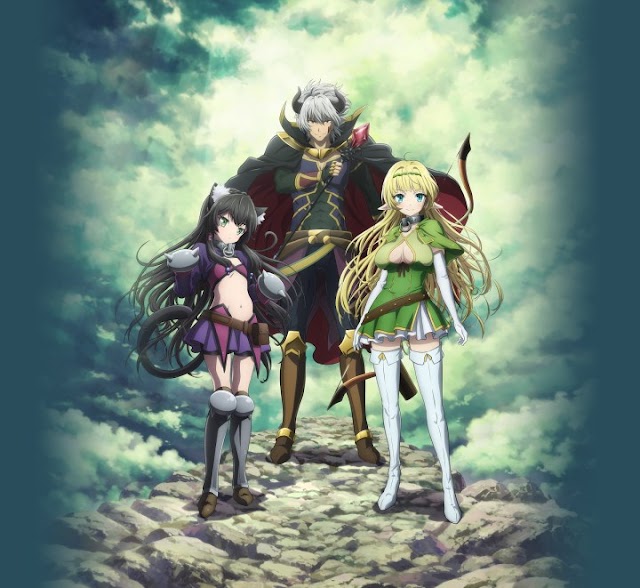 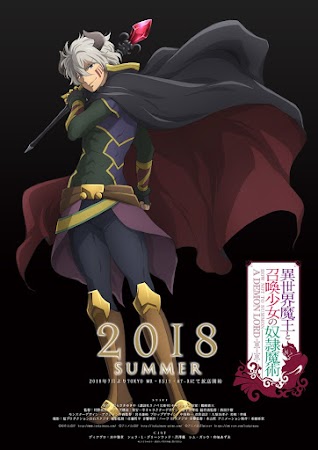 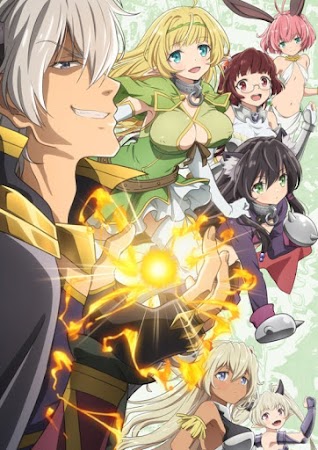 Synopsis: In regards to the MMORPG Cross Reverie, Sakamoto Takuma boasted an overwhelming strength that was enough for him to be called the Demon King by the other players. One day, he gets summoned to another world with his appearance in the game. There, there are two people that insist "I am the real summon master." Takuma gets slave-turning magic used for summoned beasts cast on him by the girls― However, the peculiar ability "Magic Reflection" is invoked! The ones that were turned to slaves were the girls! Takuma was bewildered. He's the strongest magician but, he doesn't have any social skills. Panicking, the first words that came out were the ones that he used inside the game role-playing the Demon King?! "I'm amazing you say? Of course I am. I am Diablo... The one feared as the Demon King!" This is the story the Demon King (acting) that would soon inspire the world and his other world adventure that he plunges through with his absolute strength, raise the curtain!

The amount of ''Reincarnated'' series have really increased lately, but, luckily most of them are still nice to read^^
Click to expand...

It's hardly unexpected, given SAO and Log Horizon's LN success. Isekai/Tensei was already a strong trope of it's own, but those two supercharged it up to 11
Click to expand...

lately 'villains' as MCs are a trend like 0verlord, I'll see how censored is ep.1
Necromendation 2020-‘22, Dragon Quest: Dai no Daibōken |Mam And Crocodine

How to summon a demon lord season two is an isekai, ecchi, harem series and as the name implies is a continuation from the first season which originally aired in the summer of 2019. Now with this being a harem and ecchi series I can say with certainty that Demon lord will NOT be for everyone. If you do not like harem shows then I would advice you stay well clear of this as there is nothing here that really goes beyond the beaten path. This one plays by the numbers so only open the book if you like the rules of the playbook!

To give a bit of a backdrop or for those who have largely forgotten what season one was all about Demon Lord is a series which stars Takuma Sakamoto aka Diablo as the main character. Takuma is a anti-social shut-in who has over levelled his character to an insane degree. Rem and Shera, his previous travel companions, return and we get to see more adventures and more importantly more girls and a bigger harem!

To keep the cast and harem somewhat manageable some of the previous cast members from season one has taken a backseat. Now I am not fond of making spoilers in my reviews but seeing as this happens in the first episode (literally) it becomes apparent that Glebsklem and Edelgard are largely absent throughout this season which is surprising considering the events that occurred at the end of season one. Just giving the heads up to fans of these girls!

In their stead though we do get a number of new girls namely a priest, maid and grasswalker (read loli). Which take up most of the screen time throughout this series. Whilst their personalities and quirks are enjoyable, I did feel a little sad that their screen time has come, to a large extent at the expense of Rem and Shera who, unlike the first season, are largely passengers in this season. But since this is a harem series then here is a picture of the new girls! 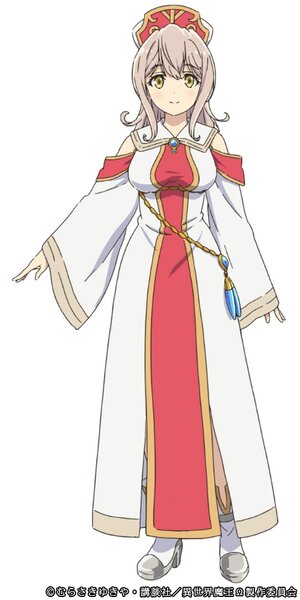 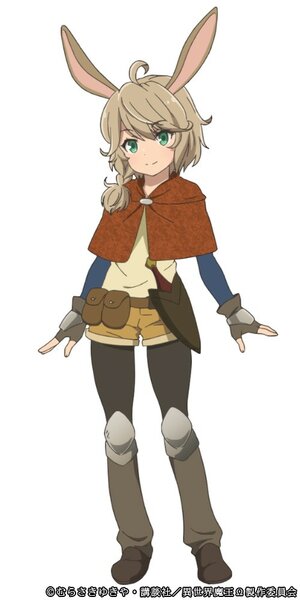 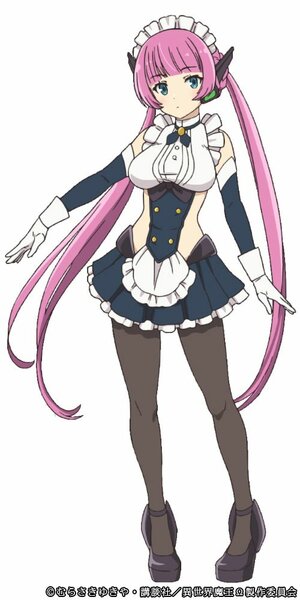 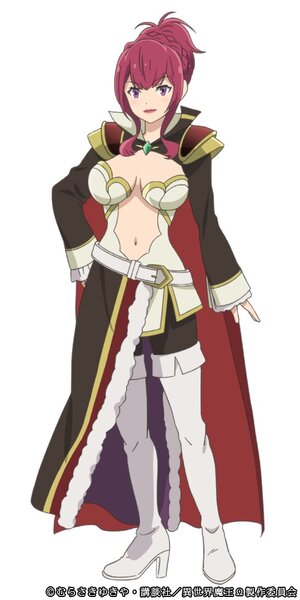 Whilst there are numerous ecchi scenes found throughout the season it is notable that the amount of fanservice has been towed down. Moreover, in this new season they have not pushed the envelope to such a degree excluding a notable exception... If you saw season one and can recall the Rem summoning scene and how far things went there… Well do not expect to hit those highs again. Saying that there is still enough fanservice here to keep viewers satisfied and they do make a panty shot part of a significant plot development so there's that!

So, with the girls and ecchi levels established how does is the story to this series? It is decent but nothing to ground breaking. We get an opening arc an enjoyable filler episode (featuring one of my fav characters) and a final arc. To me the opening arc was more enjoyable as the adventures of Diablo and his gang are more novel, entertaining and funny. The final arc does address and conclude points that were foreshadowed in the early part of the series which is good but I just felt that the developments here were more by the numbers and not particularly special. That’s not to say it was bad it just couldn’t match the highs of the earlier part of the series. What should be noted is that we do get an ending with a decent resolution but in typical anime fashion the ending is left sufficiently opened to allow for a third season.

The biggest weakness that could be levelled at this series is the lack of character development. If you saw season one then don’t expect to see much character development in Diablo. He is as OP as ever before with major events often resolved with Diablo’s OP nature and whilst this was amusing in season one this could be seen as more repetitive when the same gags are used again. Rem and Shera are the same as what you remember and so the main developments rest on the new cast introduced into the series. How much you like these new additions will largely determine how much you enjoy this series.

One thing I also found is the standard of animation was not quite as good as the first season although I would say the opening track is an improvement when taken in isolation... The biggest quibble I have with it however is the tone of the OP does not match the overall vibe to the series. Ending is decent but to me it is more memorable for the fact it does a good job in showcasing the girls in the show.

All in all, I would say if you were a fan of the first season then you will like this new season. It may not be as good as the first one but it still has enough content to keep existing fans amused. It is not going to attract many new fans excluding those that are into the harem genre. This show purely caters to its targeted demographic and to a large extent does it well. I just wonder if they can make a third season entertaining as I can see signs of fatigue due to the fact there is not a whole lot of character development. On the whole only harem, ecchi fans or perhaps maid lovers should apply here. If you want something with a similar theme but with more substance, I would recommend Overlord over this.

Story 7 – Opening arc is the best and I did enjoy the filler episode. Ending is so so with the most positive points being the season ending with a reasonable conclusion. Nothing ground breaking and truly memorable though.

Characters 5 – Add a point or two if you really like ecchi or the girls featured but if you are into character development then you will be disappointed.

Animation 6 – Fairly average and it should be noted the decline in animation between the first and second season is noticeable. Opening and ending are stronger though.

Overall 7 – Good but not great. I recommend to people who enjoyed season one or are just into harem or ecchi series in general. It does not hit the highs of season one and can’t be classed as a classic but it something to watch if you want to indulge in a guilty pleasure.
Confused about the monsta review scores? Then check them out with the link here! 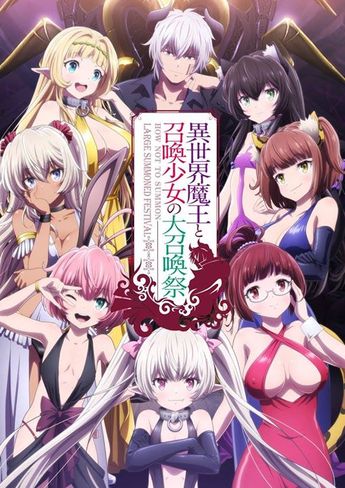 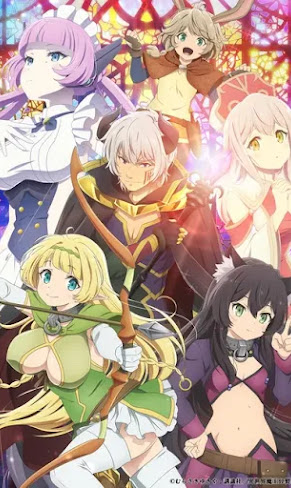 monsta666 said:
On the whole only harem, ecchi fans or perhaps maid lovers should apply here. If you want something with a similar theme but with more substance, I would recommend Overlord over this.
Click to expand...