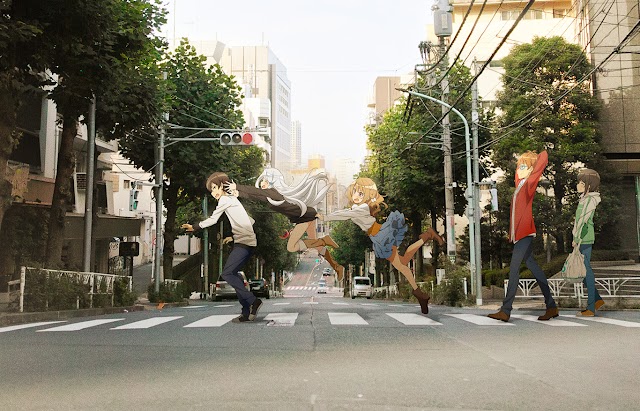 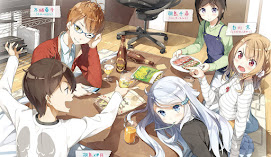 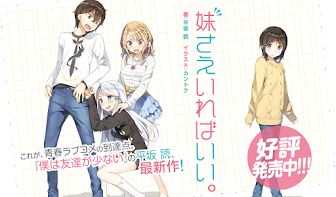 Synopsis: This is the story about the daily life of a young siscon novelist, Itsuki Hashima with his perfect little sister Chihiro, the genius illustrator Nayuta Kani, his best friend Miyako Shirakawa and some insane partners from his publishers.


Masich said:
Imouto Sae Ireba Li, who knows, might be something for the comedy next season.
Click to expand...

Sempai
Siscom??? <_< Not sure I can stomach that.... If it's industry SoL, I might give it a try... but I really don't understand this Japanese love affair with incestual relationships... or pedophilia types... etc.

that said, this "New Game" series was rather well done... outside of some of the usual screechy voices, whinning etc... at least it was 'adult' life, which isn't something seen too often it seems.
I actually liked how it ended... as well as the last minute setup for a new cour, a new 'game'... only problem is typical for anime.... but the manga must be drawn/conceptualized the same... most of the characters look so young, act so young... but at least this one had some adults... well they tried to be.

gdpetti said:
Siscom??? <_< Not sure I can stomach that.... If it's industry SoL, I might give it a try... but I really don't understand this Japanese love affair with incestual relationships... or pedophilia types... etc.
Click to expand...

Staff member
Leader Council
I have to ask myself why did I pass on this one. So far I've only watched up to episode 6 and pretty much I wasn't expecting this series to be about an author having a siscom while he doesn't even have a sister to begin with. Also, I've kind of noticed that some of the board games that are in the background I can say I have played a few of those or at least know about them. Also, as a added bonus they seem to give info on the beer that shows up in a episode or something that is typical in the author business of sorts.

Kid-Wolf said:
I have to ask myself why did I pass on this one.
Click to expand...