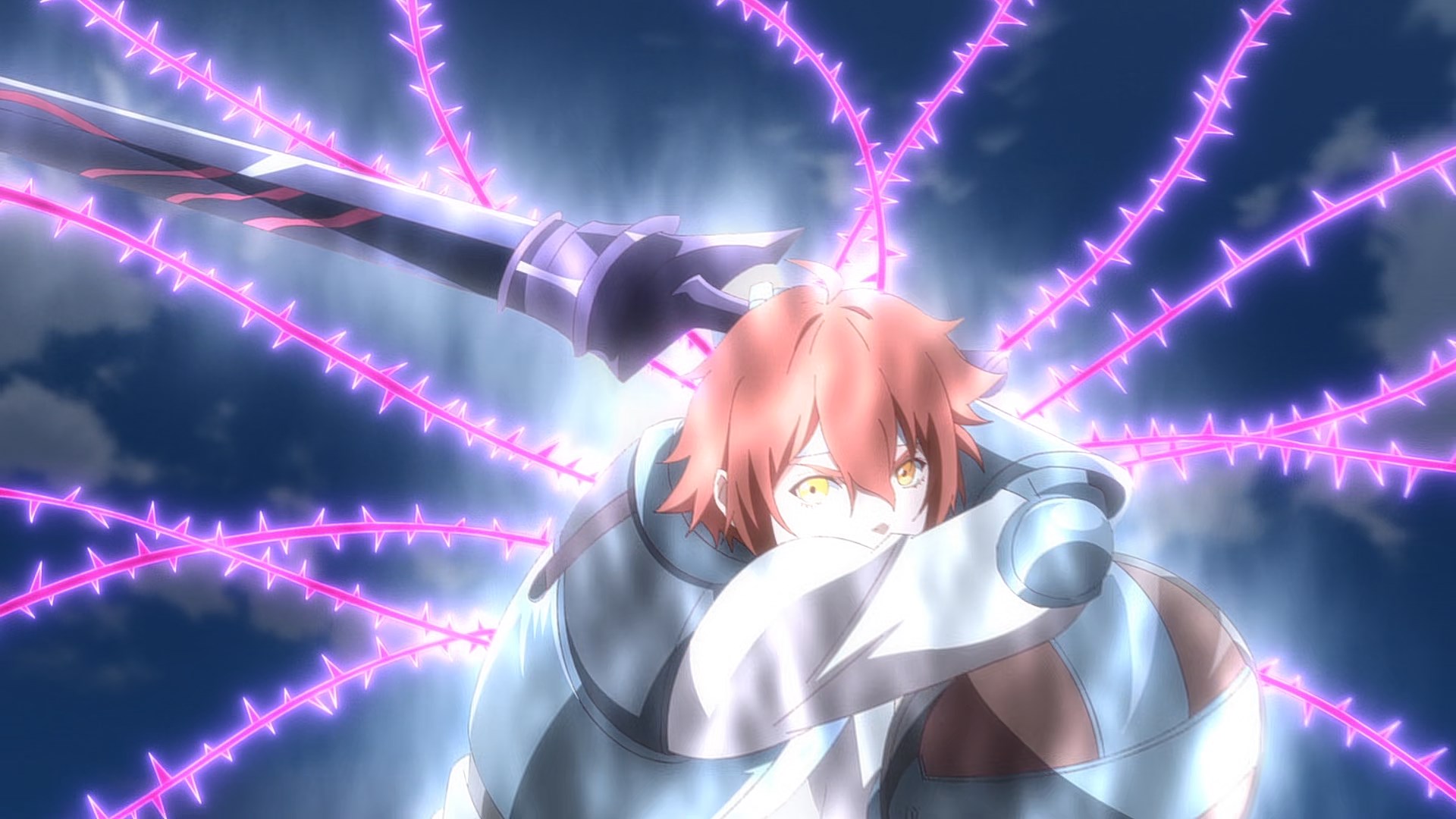 The Faraway Paladin also known as Saihate no Paladin is an isekai/adventures series that was released in the autumn 2021 season and is a Children’s Playground Entertainment works. It has been confirmed that a second season will be released although the date has not been finalised at of the time of this writing.

Faraway Paladin follows the life of William Gracefeel Maryblood who is reborn into a new world where he is raised by three undead creatures named Mary, Blood and Augustus. Living in a ruined city, the three teach him in the arts of prayer/morality, battle and magic to prepare him for adulthood.

Despite the love he receives from the three undead “parents” there seems to lie some hidden secret that leaves William unsure and unsettled about their true motives. These doubts slowly build and culminates when he reaches his coming of his age ceremony. What is the meaning behind the cryptic comments and actions made and what implications will it have after William graduates from his coming of age ceremony?

Unlike a lot of anime series that go all out with their opening episode, Faraway Paladin takes a different tact as it goes out of its way to take a slow and measured approach when telling its story. A considerable amount of time is taken fleshing out not only William but also his undead “parents” trying to give them distinct personalities and motives. 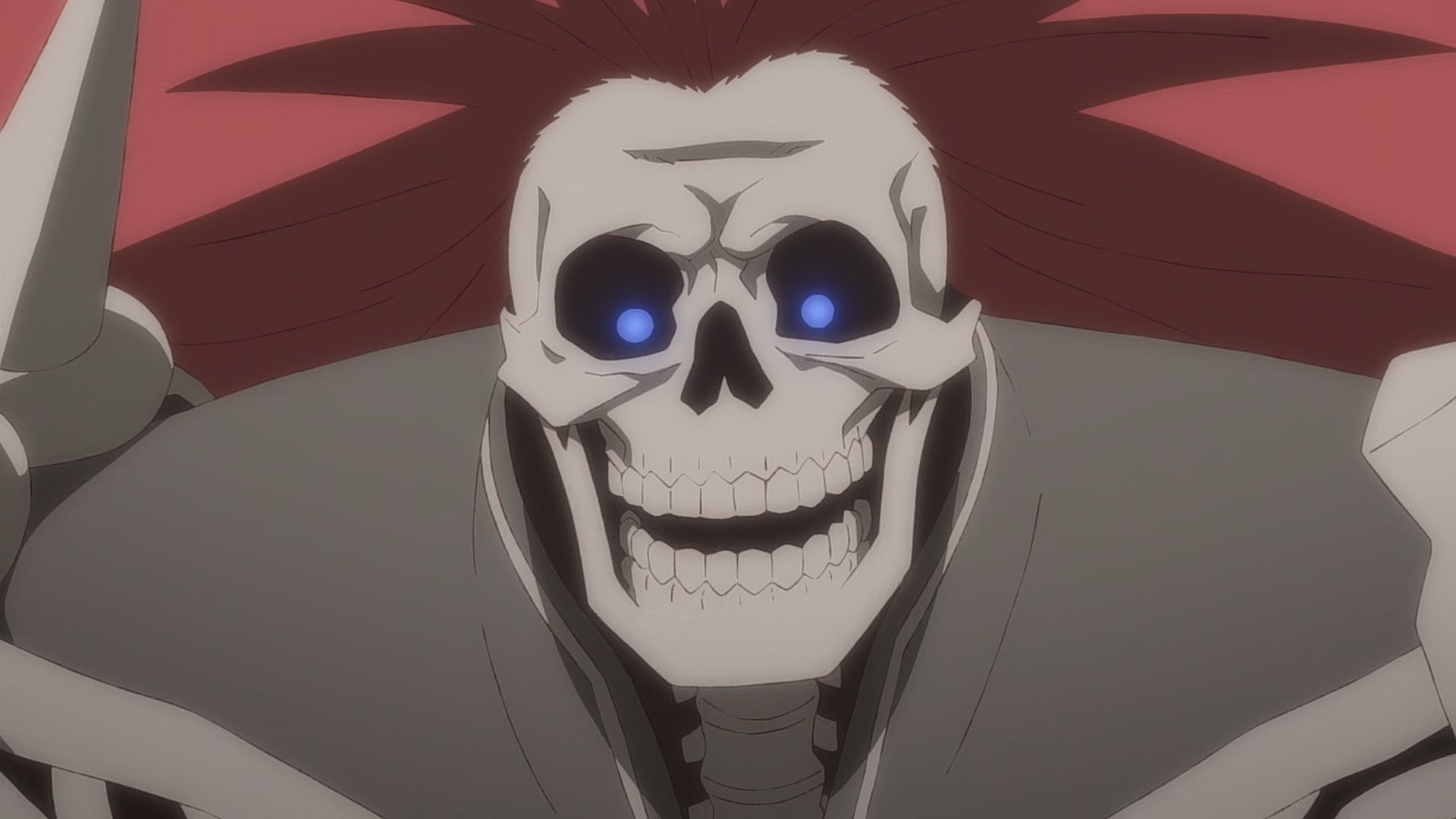 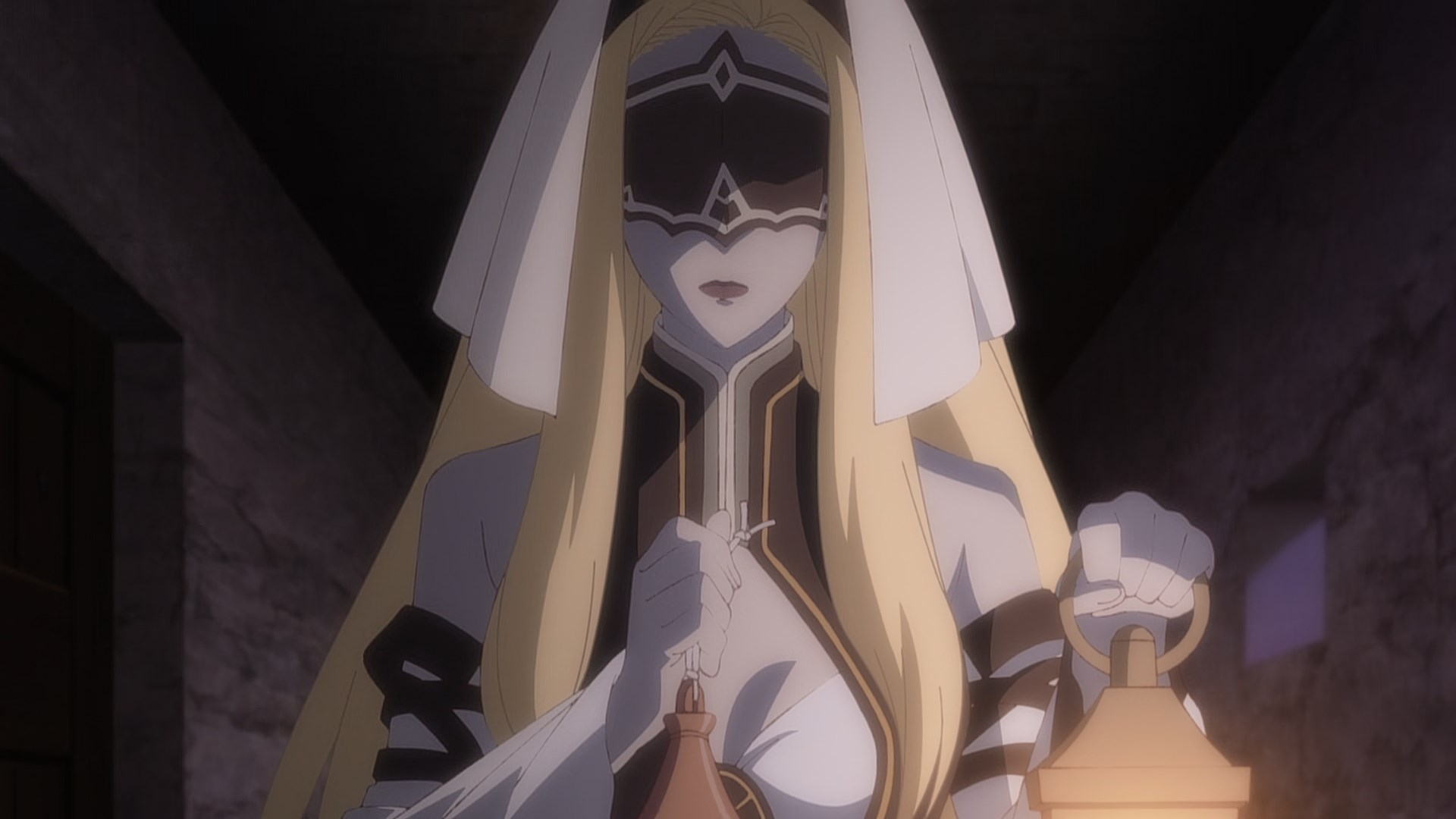 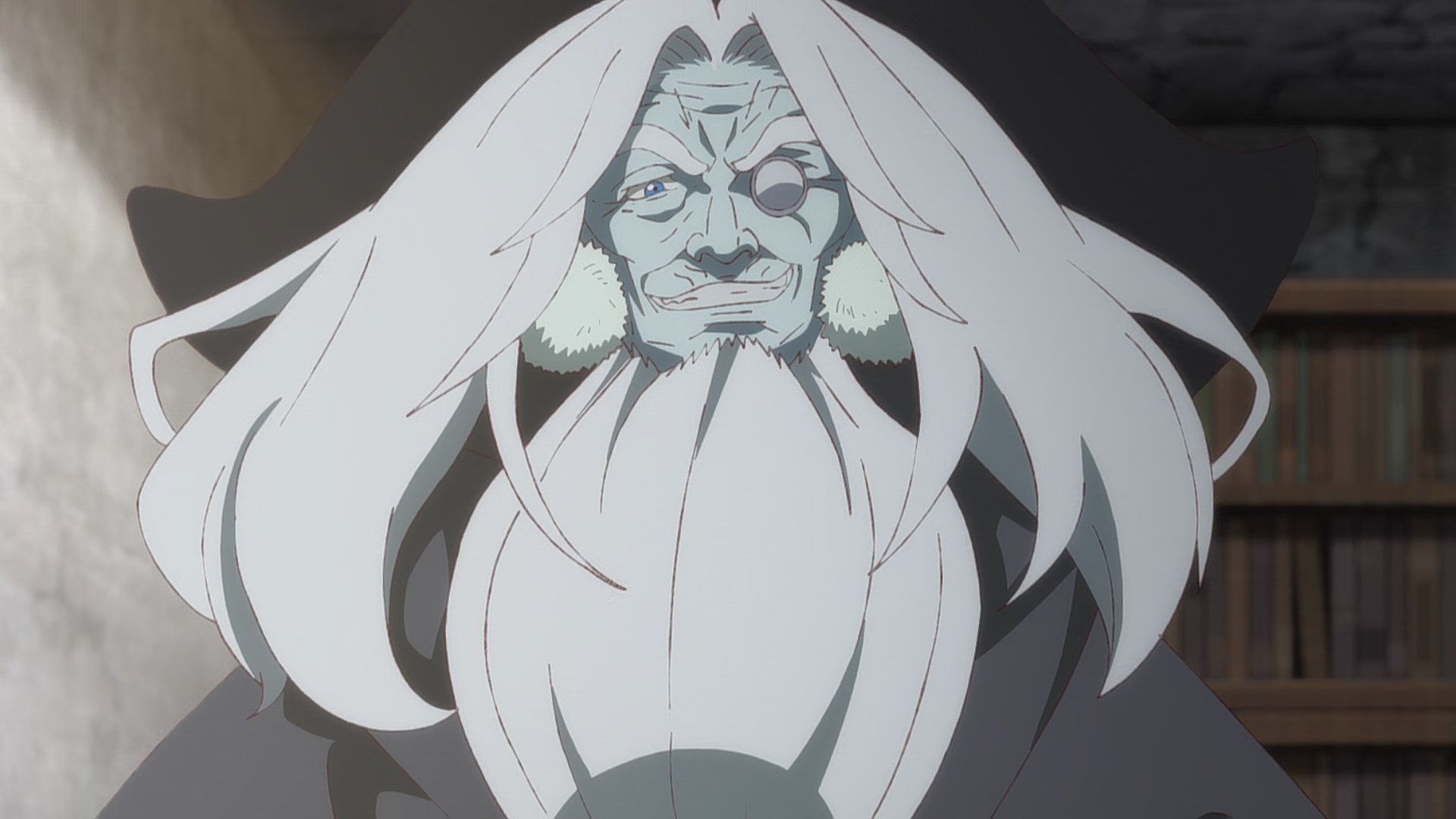 The slow pacing whilst effective may not be to everyone’s taste and if you are one who like fast paced action from the get-go then it is recommended you give this series a miss. If you can stick with it then there are positives to be had as quite a lot of care is applied in character and world building. What is also noteworthy are the cryptic comments dropped by various characters which generates a sense of mystery and tension that will leave you pondering on what happens next. 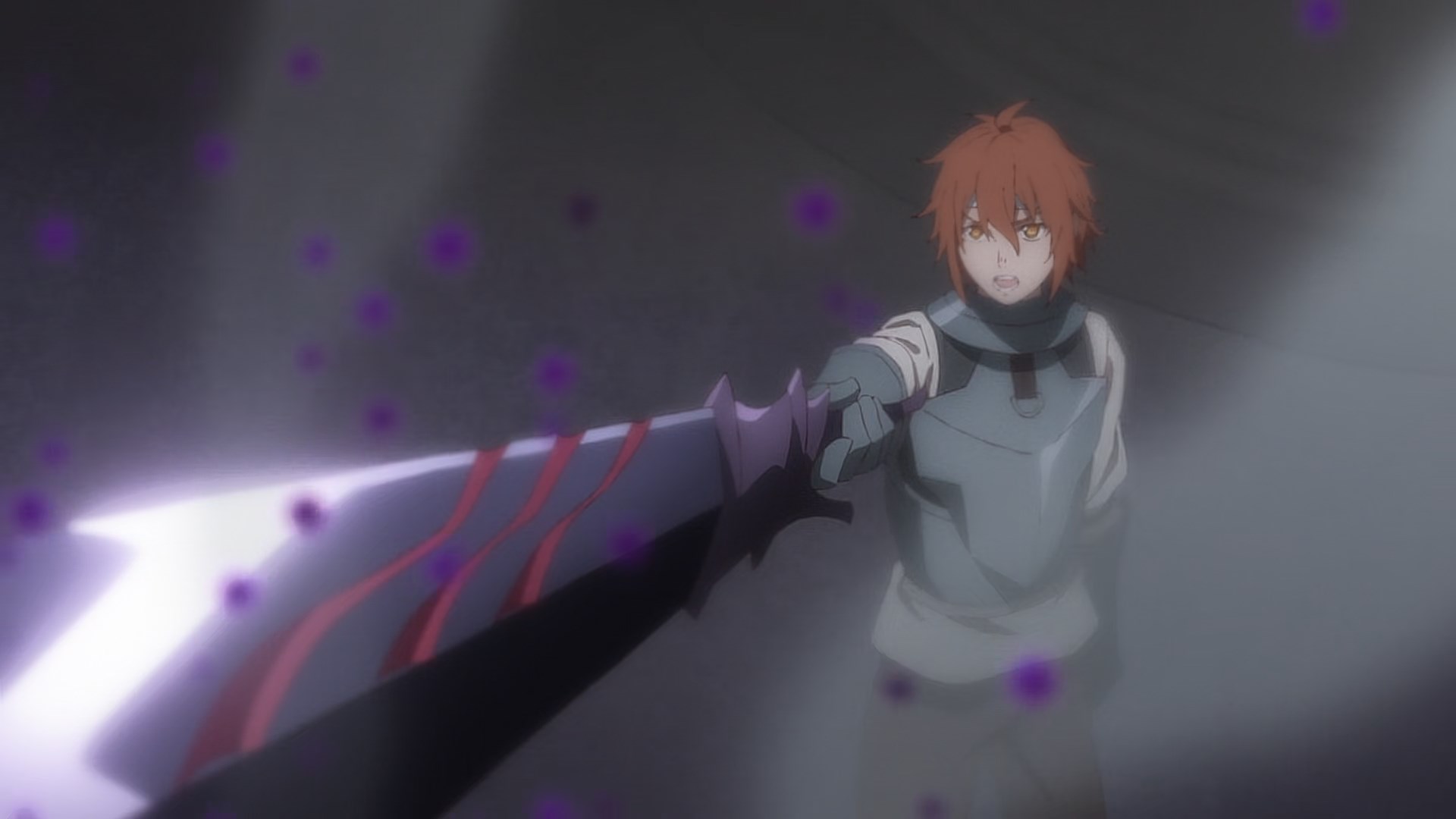 Eagle eyed viewers will be rewarded for the lines and exposition provided will prove critical in understanding the conclusion to this strong opening arc. This arc also has long lasting effects in the latter part of the series as all the comments made here have future relevance so it really pays to keep those comments in mind even beyond the conclusion of this opening arc.

It is after this opening segment where the sense of adventure begins in earnest as we see William embark on his lifelong quest which is driven by what has come before. It is at this moment where I felt the show lost its sense of direction, at least to some extent. Whilst I am not going to say it was outright bad (I did enjoy the subsequent arcs) the thing missing was a clear-cut goal which was always left somewhat ambiguous. This lack of a defined end point meant there was no clear idea where the series was heading. This lack of direction meant we are denied the opportunity for the story to build-up to some climatic point to keep viewers really engaged. This directionless story was not helped by the fact that the conclusions of later arcs never had the same impact as what we got in the opening act of the anime.

Still, if you liked the style of storytelling then you will likely enjoy what happens next. Like before, a good amount of time is devoted to world building as William’s horizons are expanded greatly now that he is out in the real world. On top of that many of the key characters introduced are given a considerable amount of screentime so we can really get a good handle on their personalities, motives and life outlook. 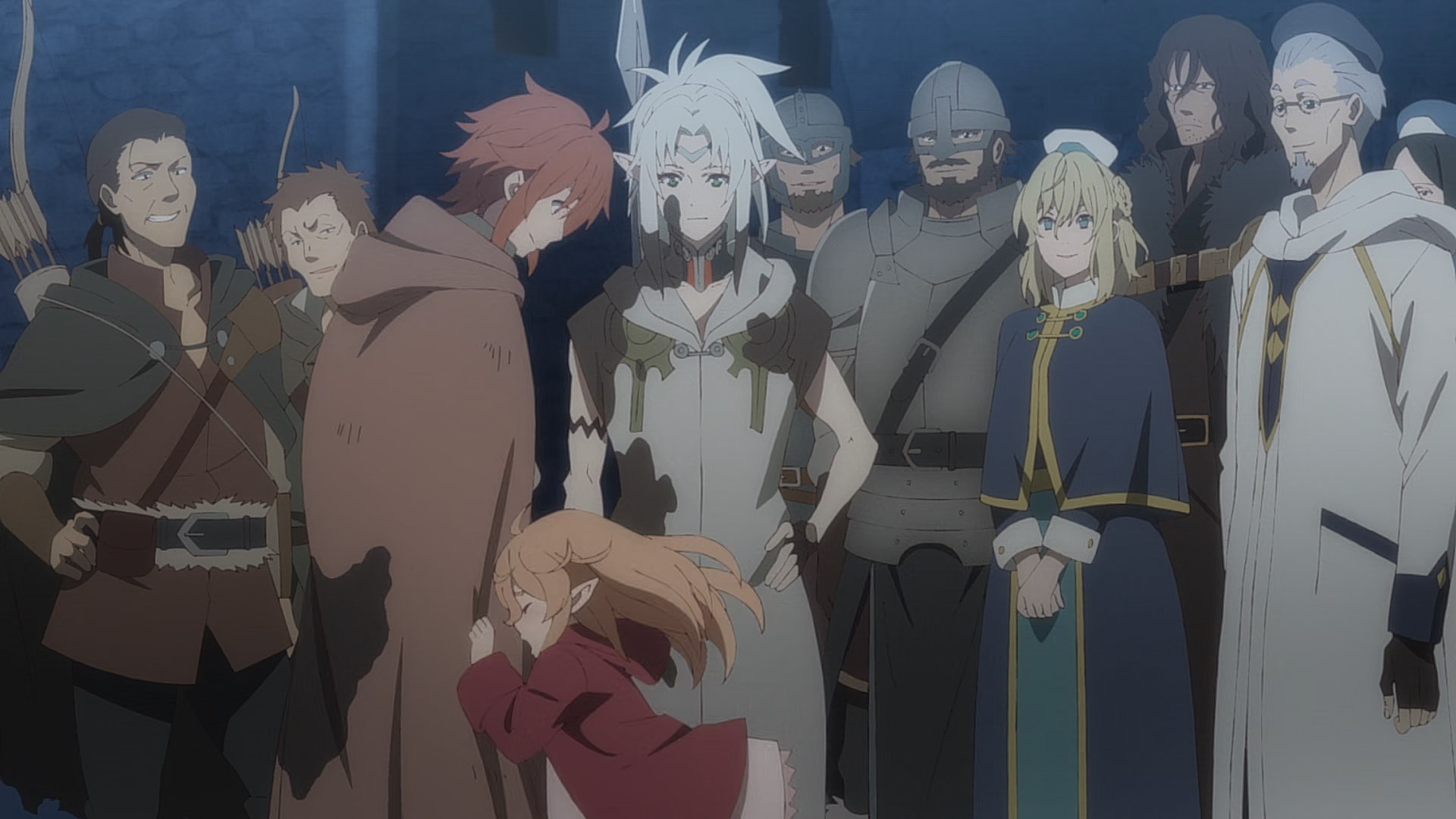 This slow build-up whilst requiring a degree of patience remains effective and I would say the casting, for the most part, is solid and there isn’t a character that is likely to inspire hate or even annoyance. There are no dumb characters so if you are concerned about Faraway Paladin going down the harem or ecchi route which is so common in the isekai genre then rest assured this doesn’t happen here. It is a serious show that focuses on its story and characters. In fact, if there is one disappointment I had with the show it was that some key secondary characters were not fully expanded on and their motives, even by the seasons end are still shrouded in mystery.

Speaking of endings, things are left rather open ended as while there was a climax it was far from conclusive as it was clearly stated that William has a few more hurdles to jump through before achieving his goal. His uncomplete mission, coupled with the fact that some key characters still have opaque motives means that a second season (which is coming) has a lot of potential avenues it can go. I suspect, judging by the style of storytelling this will likely prove to be a more enjoyable affair as many of the fundamental concepts have now been covered meaning that the second season can focus more on driving the plot forward and upping the ante and drama.

Big weakness of the show. Faraway Paladin will not gain any fans with the quality of animation which was largely subpar throughout the entire series. Character models suffer from a lack of details even in close-ups and this basic look only looks worse in the more distant shots when the characters almost take on a sketchy look. It is bothersome and this poor animation is made all the worse in the action scenes when we get shoddy CGI and moments when the proportions of characters seem to go out the window.

Fortunately, the opening and ending animation sequences are better and the songs used better still. Out the opening or ending tracks I felt the ending "Shirushibi" by Nagi Yanagi edged it although the opening beat "The Sacred Torch" by H-el-ical// was also a good effort. These strong sequences prevents Faraway Paladin getting a poor score on the animation/music score.

Faraway Paladin is an isekai series that tells its story in a slower and more methodical way than you will see in most anime. If you can bear with this slower pacing then you will enjoy the piece-meal nature of revelations being delivered which are not only relevant but add to the sense of tension and drama. This type of story telling is most effective at the beginning.

Unfortunately, this style does not work to the same degree in the later parts of the story as there are no grand villains or goals to drive the story narrative. Instead of end goals we get lots of world building and the addition of extra cast members, several of which are likely to entertain viewers. In many ways this season has set the platform for a second season which will hopefully utilise these tools to deliver an even more enjoyable show.

If you are a fantasy lover who is interested in a character driven series with no harem/ecchi antics then you will likely enjoy Faraway Paladin. The only thing worth noting is the animation which is largely subpar.

Story 7 – A consistent feature of the plot is its relative slow pacing as it takes it time to provide exposition on either the characters or the general world lore. Any points raised even if seemingly trivial at the time often has future relevance so it pays to keep alert. On the less positive side there is less direction later on and the ending is left open to a second season so don't expect a lot of closure.

Characters 6.5 – Time is spent fleshing out the main characters so we gain a good understanding of their background and personalities. This also extends to some of the secondary cast adding some depth to the casting. The fact some key players have some ambiguous end goals serves to give you an incentive in watching season two.

Animation/music 4 – It leaves a lot to be desired with the character models consistently lacking in detail. This only gets worse in the action scenes where the quality often drops and the CGI used is poor. It won’t win any rewards that is for sure fortunately the opening and ending sequences are better in quality especially the music which was actually pretty good.

Overall 7 – A story-driven show that rewards people who follow the small details. Faraway Paladin is more serious in nature so don’t expect a lot of comedy moments or silly harem/ecchi elements. The opening acts are the best part of the series although there is sufficient worldbuilding and intrigue that those who reach the end of this series will look forward to future season two developments. You just have to be patient with the pacing and in particular the animation which won’t be to everyone’s tastes.

Want to see more of William then let me shed light on you by showing you the Paladin’s gallery! 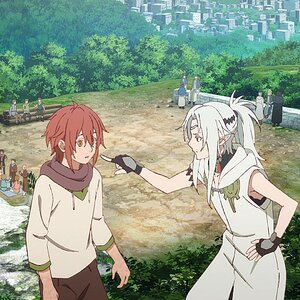 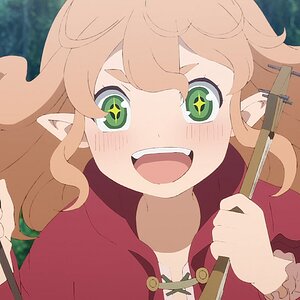 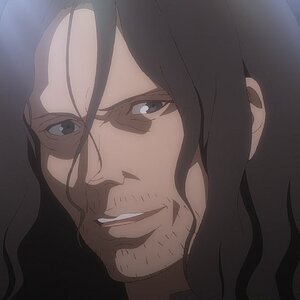 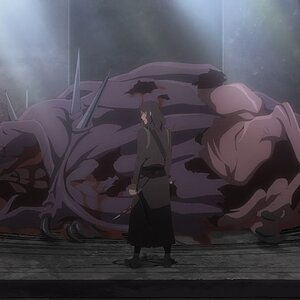 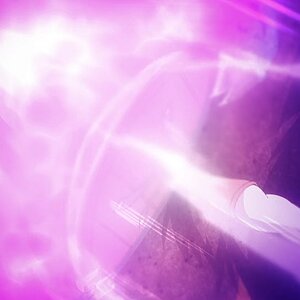 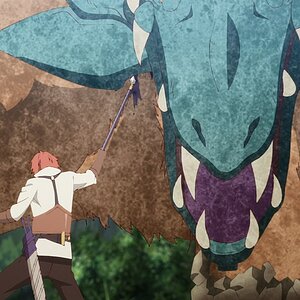 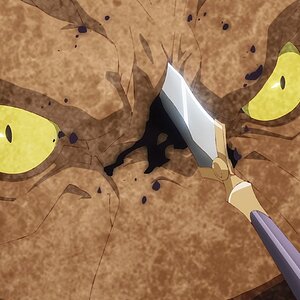 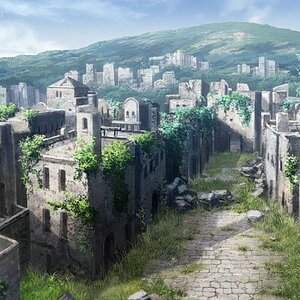 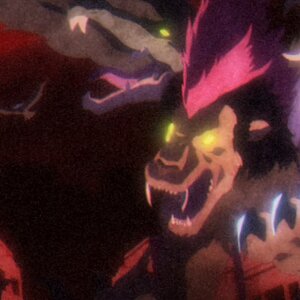