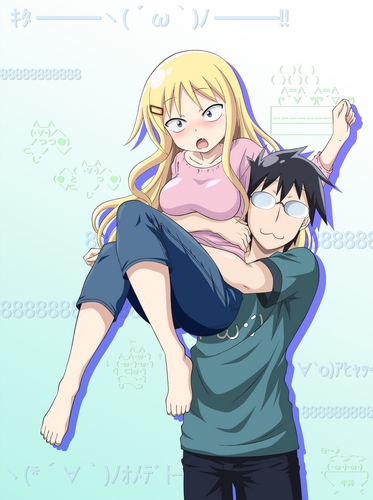 Plot:
Follows the daily life of an earnest, hardworking office lady named Kaoru and her otaku husband, Hajime, who is totally immersed in a certain huge net bulletin board system.
(~from MAL~)

Retired
Too many to read about but this one also caught my eye on MAL, so thanks, Capitano for bringing it over here.

Anyway, here's hoping this one is geared towards adults and has witty humor to add to what reads like a maybe fun one to watch as winter approaches...here's hoping. ^^
How ironic it has become ... a one man show.

Sempai
First impression *First episode*: I don't really mind this. It has all the typical stuff or better said: Paranoid image, that some people have when they think about Otaku, all to be honest... most of those things are sort of true (depends on the person).

Either way, this is my favorite short serie so far.
N

Sempai
Indeed a nice little series. Hopefully it will remain to have some good humor. Maybe we will also get the reason why she dyed her hair blond..

Retired
QUOTE (nijlandp @ Oct 03 2014, 11:04 AM)Maybe we will also get the reason why she dyed her hair blond..
Interesting...I too wondered and remembered all of the so-called stories that are told...one that came to mind:

Maybe that's why she dyed her hair.

I like this short...gonna keep watching.
How ironic it has become ... a one man show.

Retired
This anime is just off the charts hilarious, I mean the stuff they say and show in episode 03, I can't believe they get away with it. This is a fantastic short anime series and hell yeah I'm watching this every week from now on.

Man, she's such an understanding wife and I quite like it that the husband is very much in love with her....it's sooooooooo sweeeett!!XD

Sempai
This series is indeed fun to watch. Maybe an episode in which we get to see how they met and started dating would be fun. Kaoru and Hajime may be completely different but they both want the best for each other. It is indeed heartwarming to see.

Retired
QUOTE (nijlandp @ Oct 29 2014, 05:55 PM) This series is indeed fun to watch. Maybe an episode in which we get to see how they met and started dating would be fun. Kaoru and Hajime may be completely different but they both want the best for each other. It is indeed heartwarming to see.
Yup.

Hajime finally gets a job....I'm not sure if he had one before. Hajime is really lucky to have a wife like Kaoru, it's nice to see her put her insecurities aside and support her Danna.

Episode 5 was fun. Kaoru is a beast when drunk. Hajime does not seem to mind though. Again a good episode to see that they both have different opinions but always connected to each other.
N

Sempai
Again a fun episode. To see Kaoru try to get better at cooking as her husband is actually better at it was somewhat strange. However the remarks she made with her father again made it clear that it is again due to the feelings between her and Hajime. This series feels heartwarming again and again

Sempai
Hmm..i wonder why the writers suddenly wanted to introduce a child visiting them. Did they want to show Hajime's behaviour around her? Or Kaoru's fears? It was a bit of a strange ending: does this mean they want to have kids?
N

Well, this was a nice episode. The first date between them was a nice feature. So she took the initiative to ask him. Just as expected

It becomes more clear why she dyed her hair: Ai Plus?
N

Sempai
Episode 10 already and indeed the child question come into action. That mother sure is pushy. Still we get to see how the two react to the question. The names were fun. As expected, Hajime picks anime ones (shinji and rei....why not asuka??

). Kaoru does realize they aren't ready yet for children which again shows her intelligence.
N

That was surprising. At first i thought which series am i watching? The animation was so different and the characters were younger. And suddenly it became clear that this is intentional. All of it is the memory of Kaoru before she met Hajime. To show the difference between now and her previous life (which seems to be a sad memory for her) the animation was changed. The best part was her room...it just feels sad with all the stains and dark windows. Again this series is surprising me in being so very good.

Sempai
QUOTE (Masich @ Oct 03 2014, 05:04 PM)Either way, this is my favorite short serie so far.
Well, I am still not disappointed^^.
QUOTE (nijlandp @ Dec 12 2014, 08:55 AM)That was surprising. At first i thought which series am i watching? The animation was so different and the characters were younger.Indeed, I was also surprised with episode 11, but the first thing that came to my mind was: Oh great the studio has probably gone bankrupt xD. But no, luckily after 20seconds, I finally made the connection that it was a sort of flashback or memories indeed. which I must say... how the animation mixes with it is.. incredibly well done.

So a christmas episode and Hajime felt sad without Kaoru. He is just as bad as Kaoru with his feelings. That visit to his friend was very good (Incompetant..nice one

) Nozomu and Rino are a nice couple just like Yamada and Tanaka. Poor Hajime in the end, he hoped for the 9 to 3 time but Kaoru is way too serious about doing her best at her job.

Sempai
God!! why!! why did it had to end!
Seriously this is the best anime short serie that I have ever seen in my life. Sure people commented on a bunch of other sites on why was it not longer or maybe it gets a 2nd season?... I disagree, the timing and script was all perfect till the end...and about the end... I don't mind to admit, but I honestly cried.
As this short show has shown many people: A short serie (In duration) can give as much feeling out as a long one.

Overall, my rating for Danna ga Nani wo Itteiru ka Wakaranai Ken (I Can't Understand What My Husband Is Saying): 10/10
Animation: 10/10 (It fits with the contents and that is putting aside the manga *see for yourself*).
Story: 10/10 (Was it cramped?, quick? and a lot of scenery changes? well yea, but that is how something of such duration should be. No long stories that take up a whole episode or two, just something simple and quickly solved at many times and yet, still gives enough info and satisfaction).
Characters: 10/10 (They are how they are, you don't need a introduction or flashback to get to know them, what you see is what you get, no explaining required *That is putting aside episode 11, which still Good job!*).

I recommend this show to anyone that wants something quick and yet very enjoyable + has a re-watch value.
Now... I can't understand what my cat is saying, so be right back, grabbing a dictionary.
N

Sempai
So the last episode went by too fast. Hajime actually had the right idea about what was happening. A sweet and nice ending to this series.

In all the series was indeed very good. It had some exceptionally well made episodes like the memories of Kaoru. Getting all of that emotions fit into a few minutes was top notch. The characters were fun and likeable and story wise it were mostly unconnected episodes but each was good fun.
So in the end an 9 out of 10 for me. 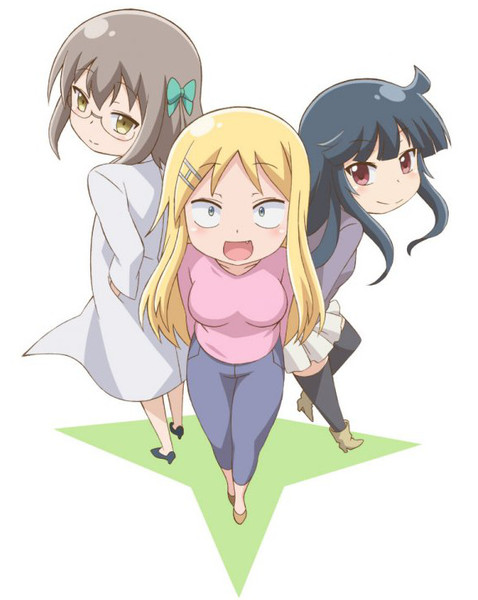 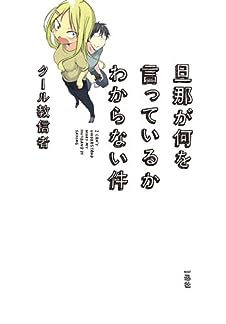 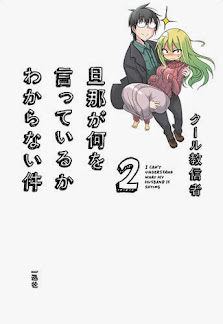 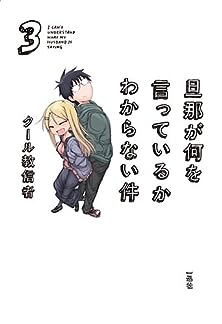 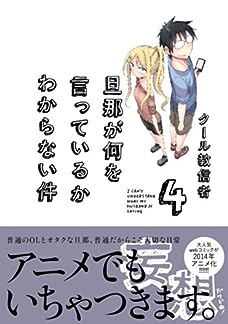 Synopsis: The series centers around the daily lives of Kaoru, a hard working office lady, and her otaku husband, Hajime. Using popular anime and otaku tropes and in-jokes, the characters explore the conflicts and similarities between daily life and otaku culture in urban Japan. The witty dialogue accentuates the animation and sometimes slips into manzai-style humor.

QUOTE (Masich @ Dec 25 2014, 03:58 PM)God!! why!! why did it had to end!
Seriously this is the best anime short serie that I have ever seen in my life. Sure people commented on a bunch of other sites on why was it not longer or maybe it gets a 2nd season?...
QUOTE (nijlandp @ Dec 27 2014, 04:24 AM)So the last episode went by too fast. Hajime actually had the right idea about what was happening. A sweet and nice ending to this series.thnx for your recommendation ^^ now as S2 began, i'll have to finish S1 first

I still find this the best of all shorts I have seen so far, don't get me wrong on that part!

It's just, that having only the last three episodes to continue beyond the cliffhanger of the first season, without having much to show/tell us in it, is a bit of a downer

Sure the episodes with Miki and Mayotama were hilarious xD, but I rather wanted something like Kaoru & Hajime actually being a family of three in the end, not a whole episode about thinking of the responsibility or worrying how it will be with him as a father, Nice topics, but not in the last three episodes and afterwards skipping to a point in which they are arguing about picking a name!! as final episode!! I like the first season more than the second, but that is the global rule apparently (not untill Ansatsu Kyoushitsu most likely).

Overall, my rating for Danna ga Nani wo Itteiru ka Wakaranai Ken 2 (I Can't Understand What My Husband Is Saying 2): 7,3/10
Animation: 10/10 (No comment)
Story: 6/10 (I'll be trying to make a correct story line with the second season into the first season)
Characters: 6/10 (Very random as are the episodes till the end... and the end...)