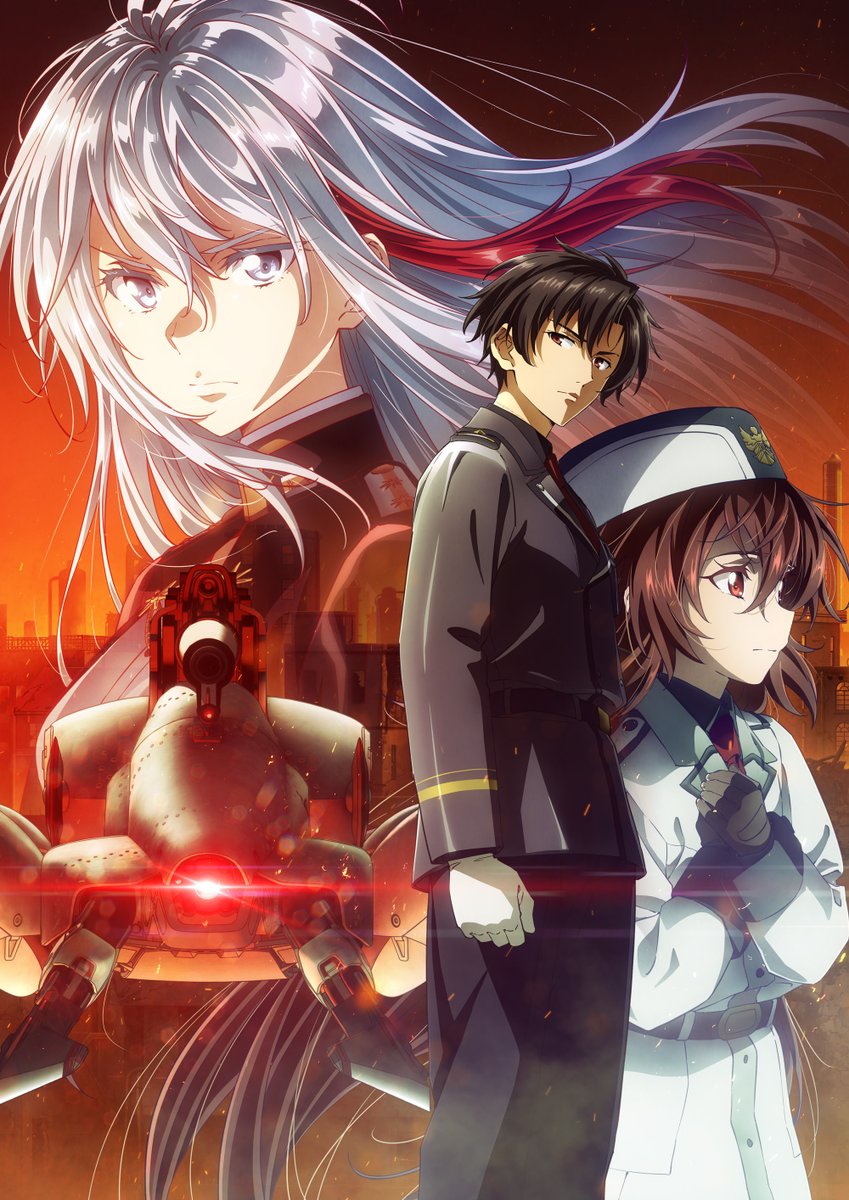 Synopsis: 86 Part 2 is a direct sequel to the first season so folks who haven't seen season one watching this is a non-starter. To give you a low down on what you are missing, 86 tells the story of the war between the Republic of Magonlia and the Gilead empire. What separates 86 from other mecha/war series is that the underclass of the Magonlia Republic, the 86, are used as soldiers to fight this war.

What's more, in the Republic the units they operate are said to be powered autonomously and therefore when these 86 soldiers perish their deaths are never acknowledged as they are not considered humans. This propaganda lie coupled with the less human status of the 86 opens the anime to issues of social inequality, justice and even to a lesser extent genocide and ethnic cleansing. Deep themes but do not worry about this anime being too dark. Much of the story is seen through the perspective of two key characters and it never gets too depressing nor dark. It is a good title that could have been great had the pacing been better and the worldbuilding been given a greater emphasis.

Thoughts: The opening two episodes gives me quite a bit of hope that things are taking a turn for the better as we got some significant plot developments that was sorely missed from the first part.

Most of the screen time in these two episodes is devoted to the five team members of the 86 as they find themselves in the Gilead empire. What they find there is both surprising and confusing. It also sheds extra light on the world around them and gives the characters (and the viewers) pause for thought as things are no longer black and white when it comes to who the good guys are. Introducing the Gilead empire was a great move as it helped humanised them in a big way seeing as all we saw of the empire in part one amounted to robots. An interesting loli Towa lookalike is also inserted in the show and her powers are likely to prove instrumental in the 86s future endeavours. What I do see is the inevitable conflict between the 86 and Lena; their former handler and perhaps future alley. The last bit is just speculation on my part so don't count that as a spoiler!
Last edited: Thursday at 8:29 AM
Confused about the monsta review scores? Then check them out with the link here!

Staff member
Fansub TV Team
And once again, Shin is back in the battlefield!

The difference between the two countries is fascinating, but also incredibly creepy- The Republic whose discrimination was based on Race and the Federacy's discrimination against the survivors of Spearhead for being the borderline eldritch horrors that war has made them. (I mean... what else would you call a group of kids who seem to be able to do everything but die, who make everyone around them hear dead people?)

We also see that the Giad Federacy is not exempt from the merciless attacks of their precursor empire's runaway creations, and are locked in the same insane war of annihilation with the Legion that the San Magnolians are.
It also won't be that much longer before we find out that there are two other powers hanging in the winds, all ostensibly allied against the Legion, but so cut off from each other that it's hard to call it an alliance. I think they were actually mentioned in a throwaway line early in S1, but I'd have to rewatch it to be sure.
I am really looking forward to the reveals about Frederica's Knight. They teased us way too hard with that last scene in the season premiere. And they keep tempting us with images of Lena looking awesome.

Also, we still need to learn what happened with that crazy fakeout ending last season!
You must log in or register to reply here.