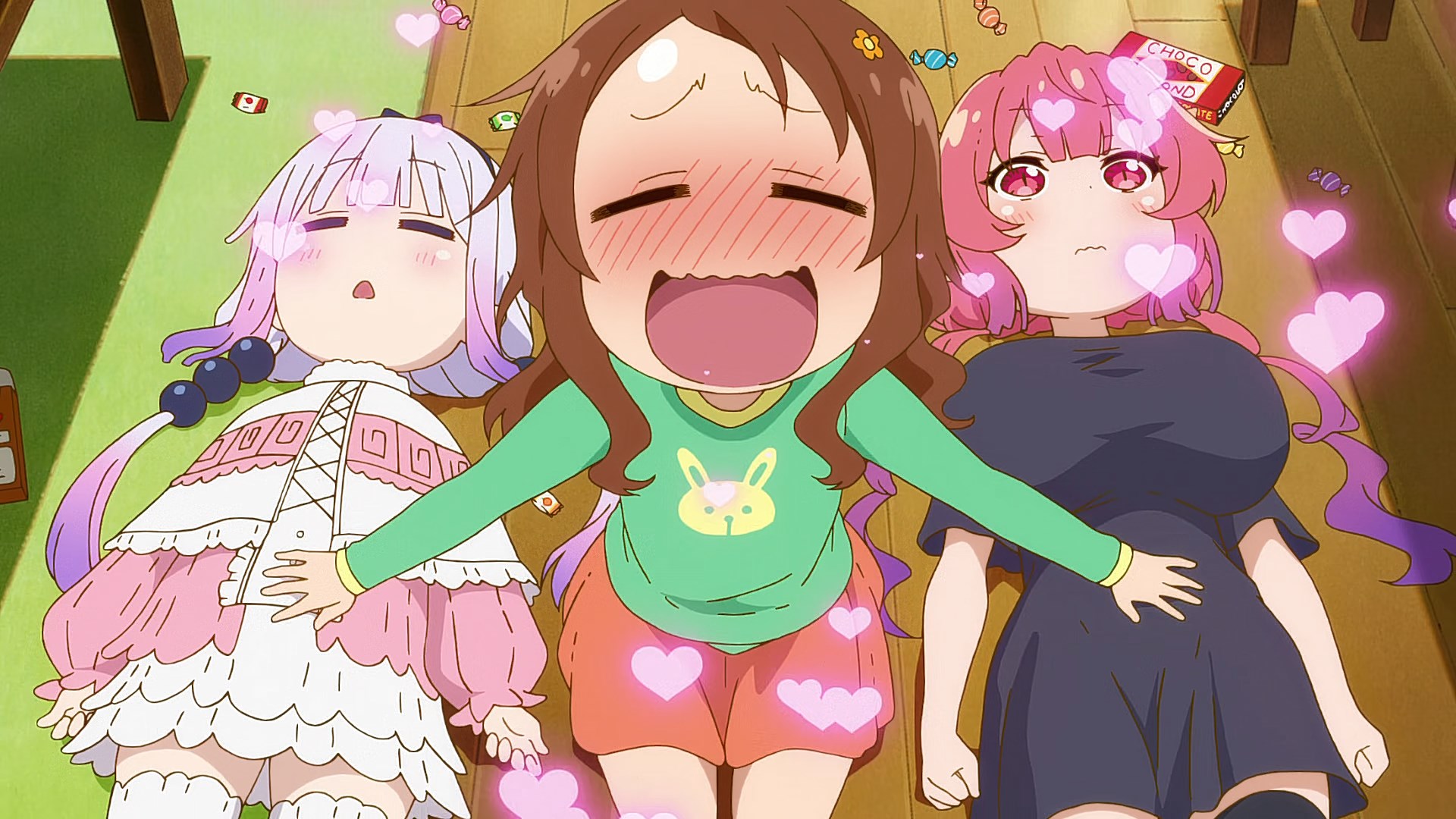 Kobayashi Dragon Maid continues to go from strength to strength as the last two epi’s were actually stronger than the first two. What is more with this being a slice-of-life/comedy series you can watch the episodes in any order.

If you are a fan of Kanna, Saikawa or just maids in general then look no further than episode three because this episode is a showcase in how cute Kanna and Saikawa can be PLUS it is a brings to life the awesomeness of maids! The episode kicks off with Saikawa entering the scene and you just know where this will go next. And yes! Your expectations will be met; there are plenty of kawaii moments and with a little push from a certain someone we actually get a few wholesome moments to complement these happy scenes. This strong start is then all capped off with an exhibition of maids and all their glory! Enter Georgie-san as she provides us with a premier on what it means to be a maid!

Episode four is more for the Elma fans as things kick off with her developing on multiple levels! Despite these developments, weakness remain as Elma is a sucker for receiving compliments and praise from Kobayashi. But in typical dragon fashion however, things get derailed over a comical misunderstanding. These dragons sure have a knack for cooking up the strangest ideas!

Overall Kobayashi continues to deliver and the series has maintained the comedic qualities of the first season which is a feat not so easy to pull off in a second season. I can say with greater confidence than before that Kobayashi Dragon Maid S will be one the better series this summer season. 7.5/10 for me and I will continue watching this. 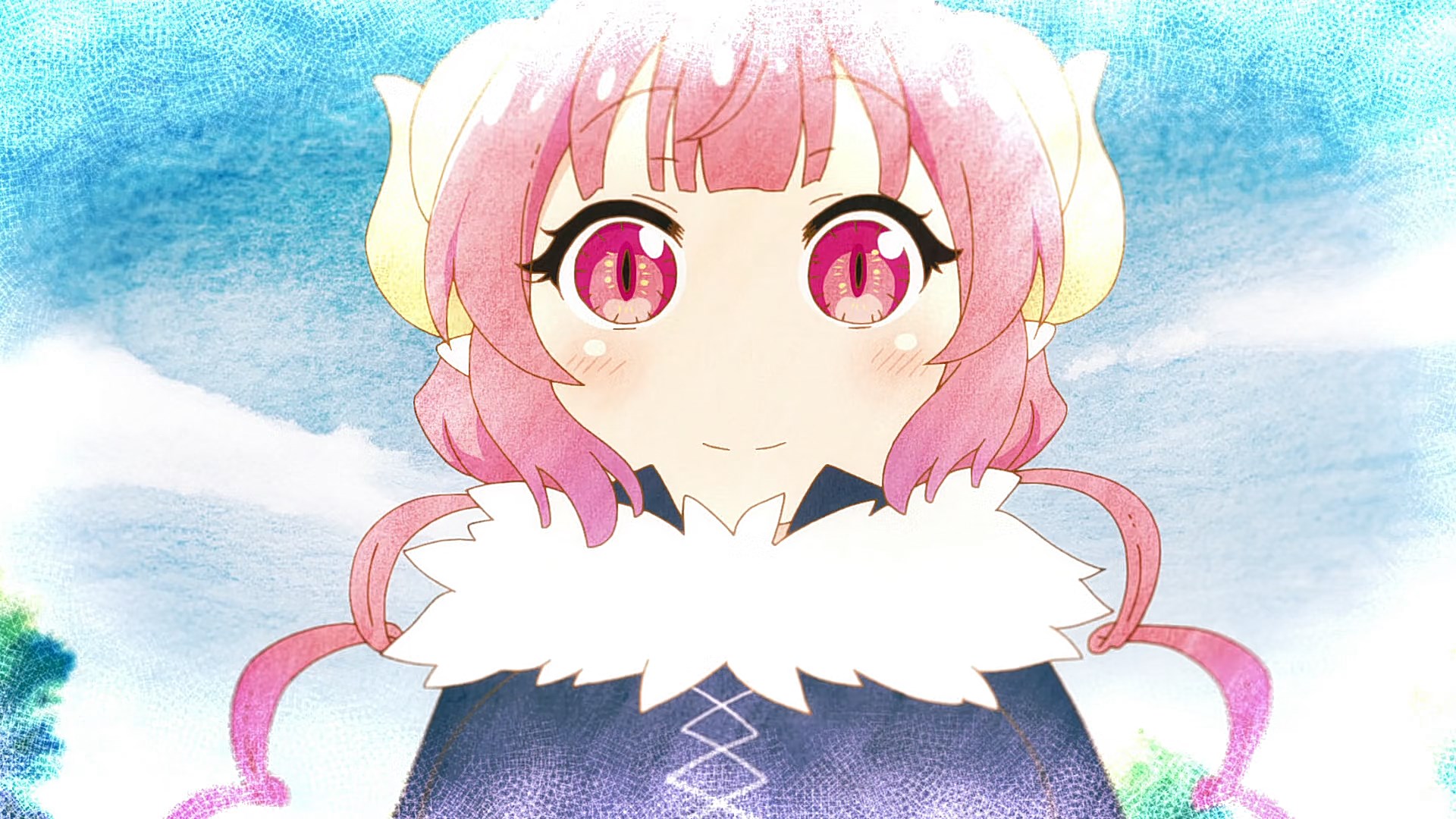 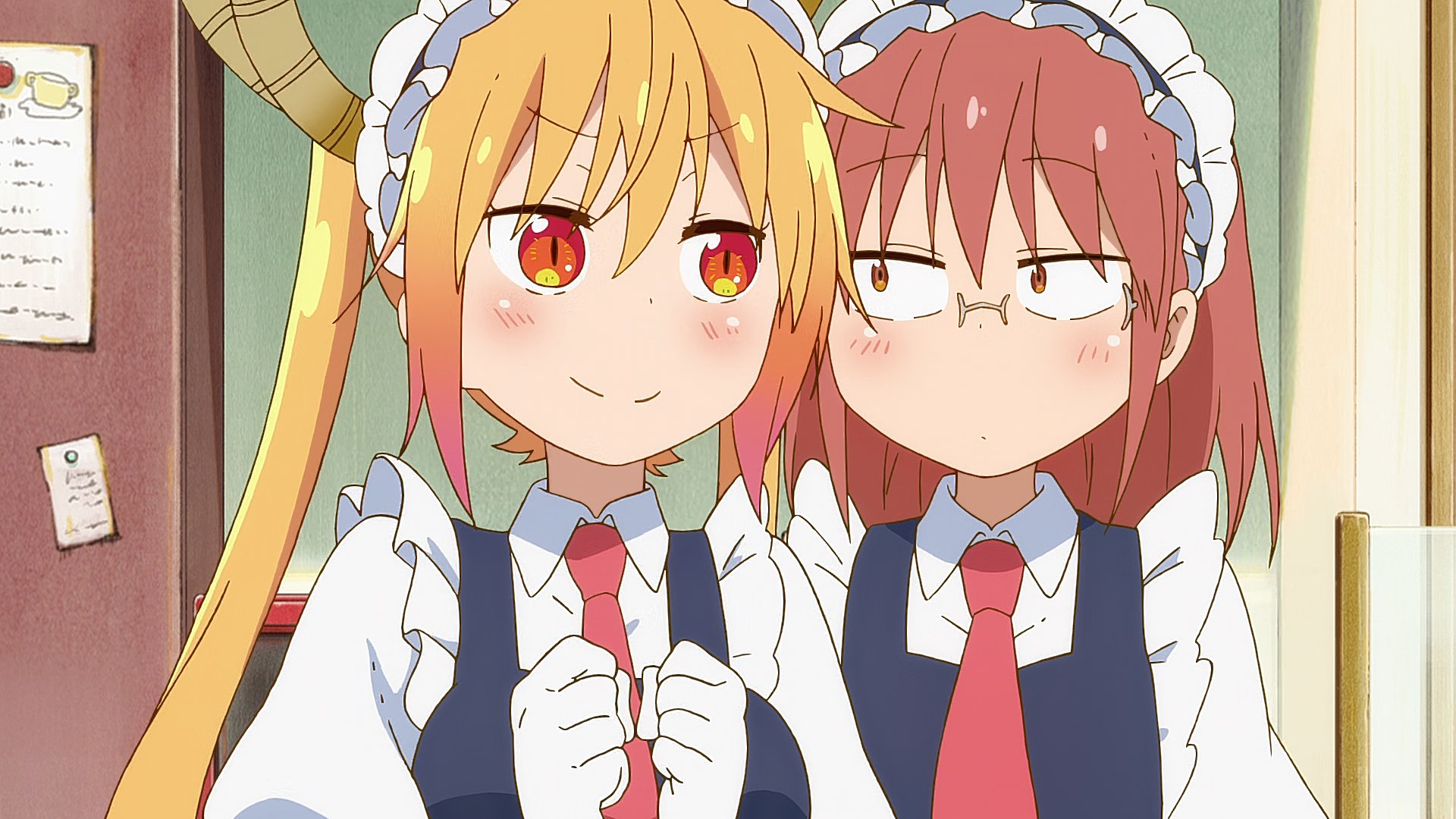 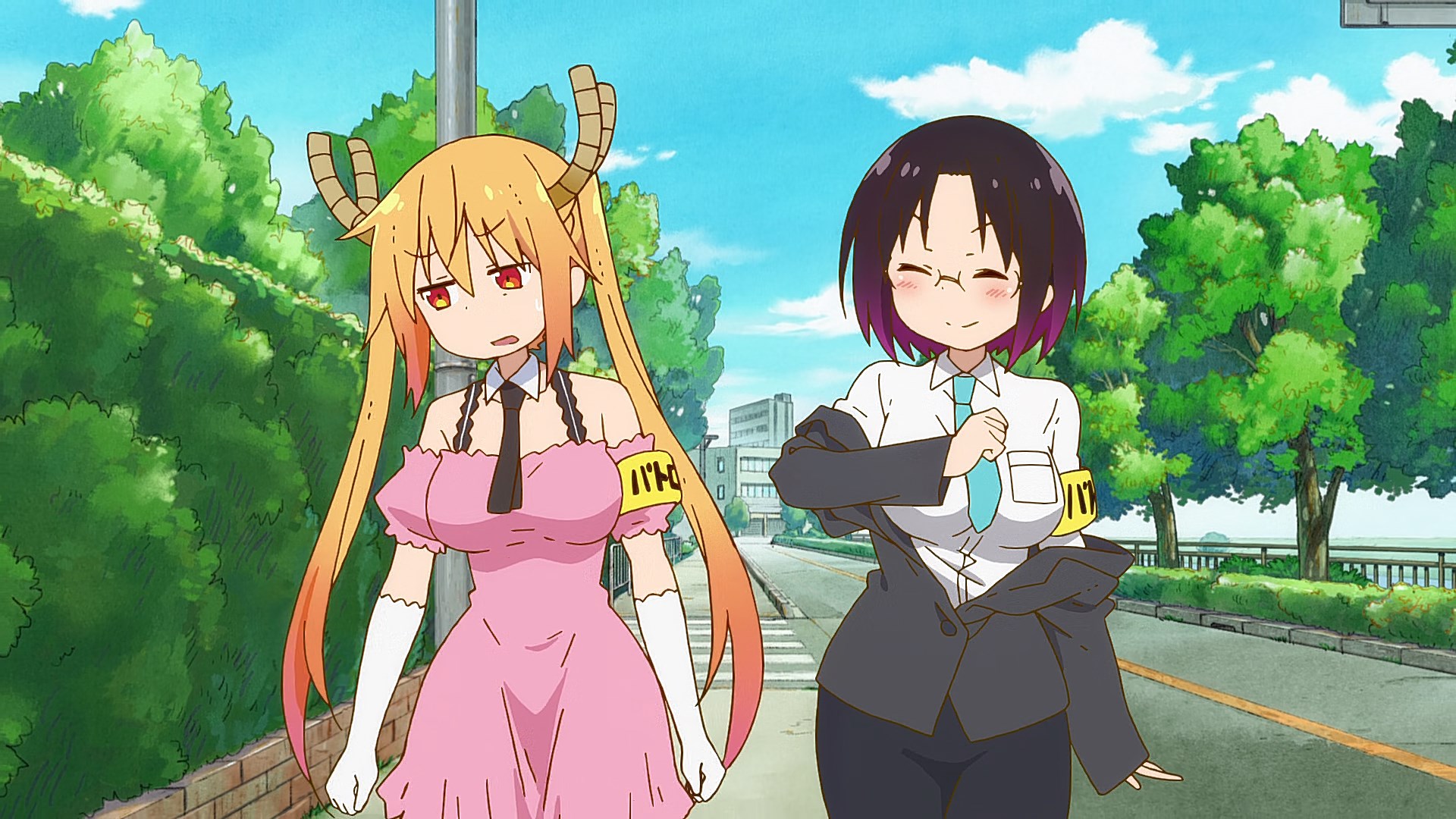 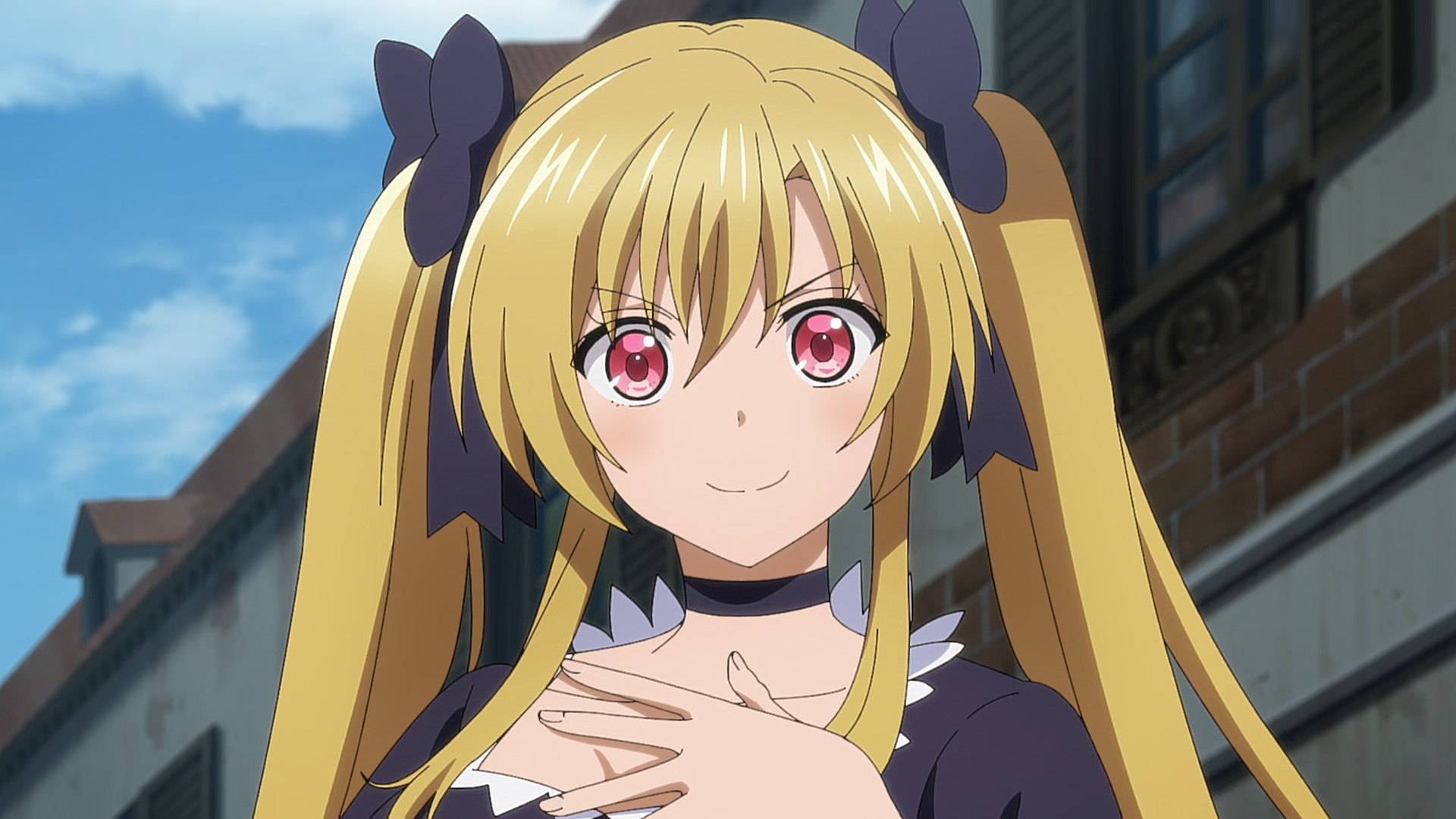 The frustration of airing episodes out of sequence begins to show itself in the next two episodes. With the opening of the third I am left wondering if there was a either a time skip or episodes were skipped between the second and third episodes. Whatever it is be prepared to be thrown off as it would seem a few things have transpired since the last episode.

Those quibbles aside the episode was not bad even despite its disjointed nature. There were several things that took place that will leave you pondering at the future of this series. The various rampages and killing sprees we borne witness to has, predictably, created a backlash. To prevent further bloodshed a rally is called to address the new recent threats. In this rally new characters are introduced and the number of people seeking revenge grows ever greater. This meeting seems to be a harbinger of things to come as I see it as a clear sign of future fights and epic scenes which given the shows nature is promising seeing as action is its strong suit.

The best is saved for last however as the cliff-hanger created looks set to create pretty major ramifications. Depending on how that scene plays out the repercussions could shift the series in radically different directions. In a normal show you would be keen to flick on the next episode but Peach Boy Riverside is not a normal anime and it would seem the creators have decided to give us the finger by putting, what appears to be, the opening episode of the series at least if you take things chronologically.

It is frustrating not to see what happens next but casting that thought aside the actual opener wasn’t a bad one. Some of the introductions made here should prove surprising plus there was pretty good and cute eye candy to be had. It is just a shame we did not get this as an actual first episode.

After seeing the first four episodes of this series I am left in two minds. On the one the hand I can see some potential with Peach Boy as it has a decent plot, good characters, fanservice moments plus good action scenes. On the other hand, the chop change nature of placing episodes out of order really does stifle the flow of the series. I don’t know why this was taken as a creative decision as it doesn’t appear to offer any positives only negatives. For me I will watch this series but put it on hold and wait until all the episodes are out then figure out what the chronological order is later. I would give this a tentative 6/10 for now. 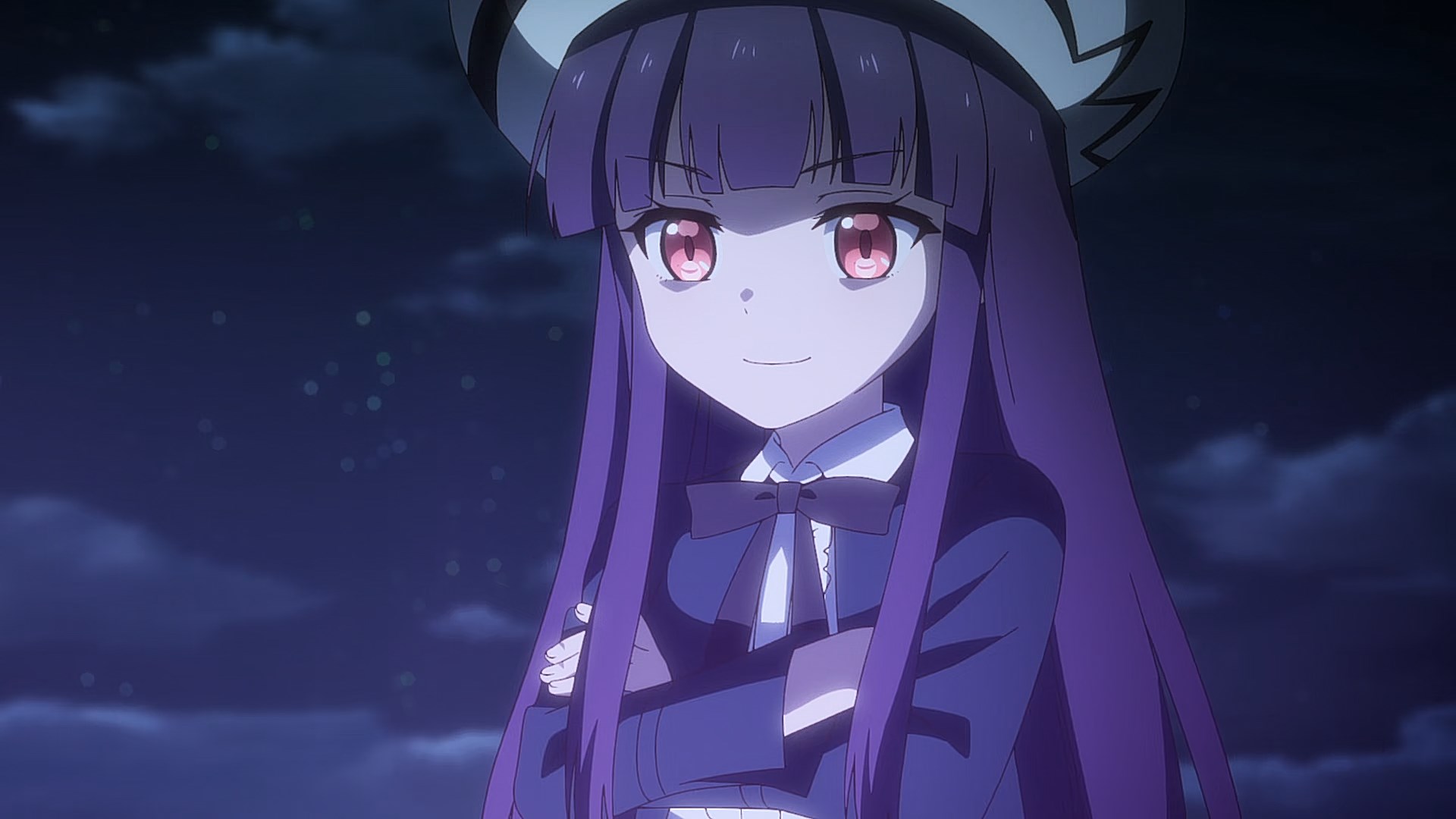 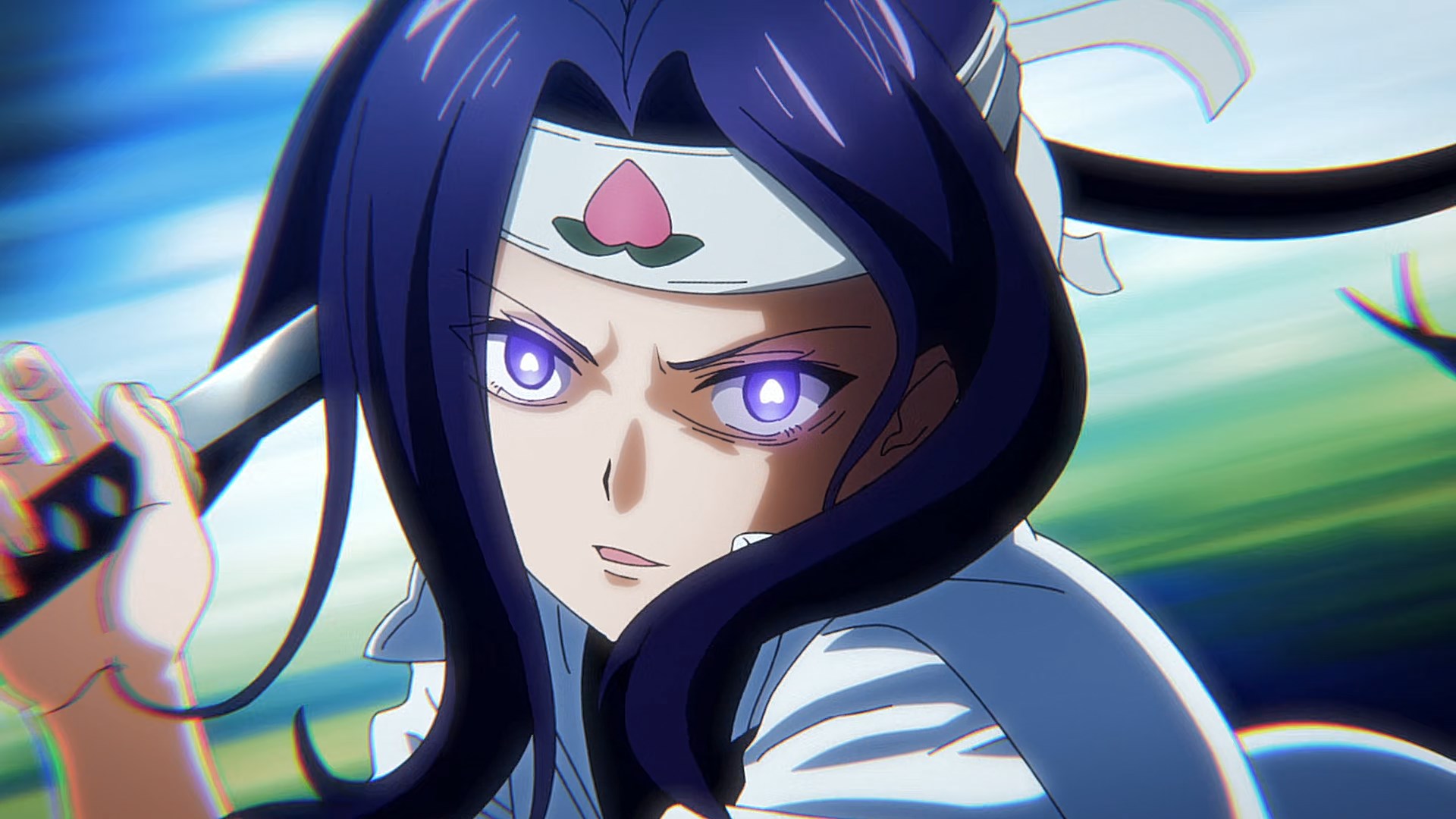 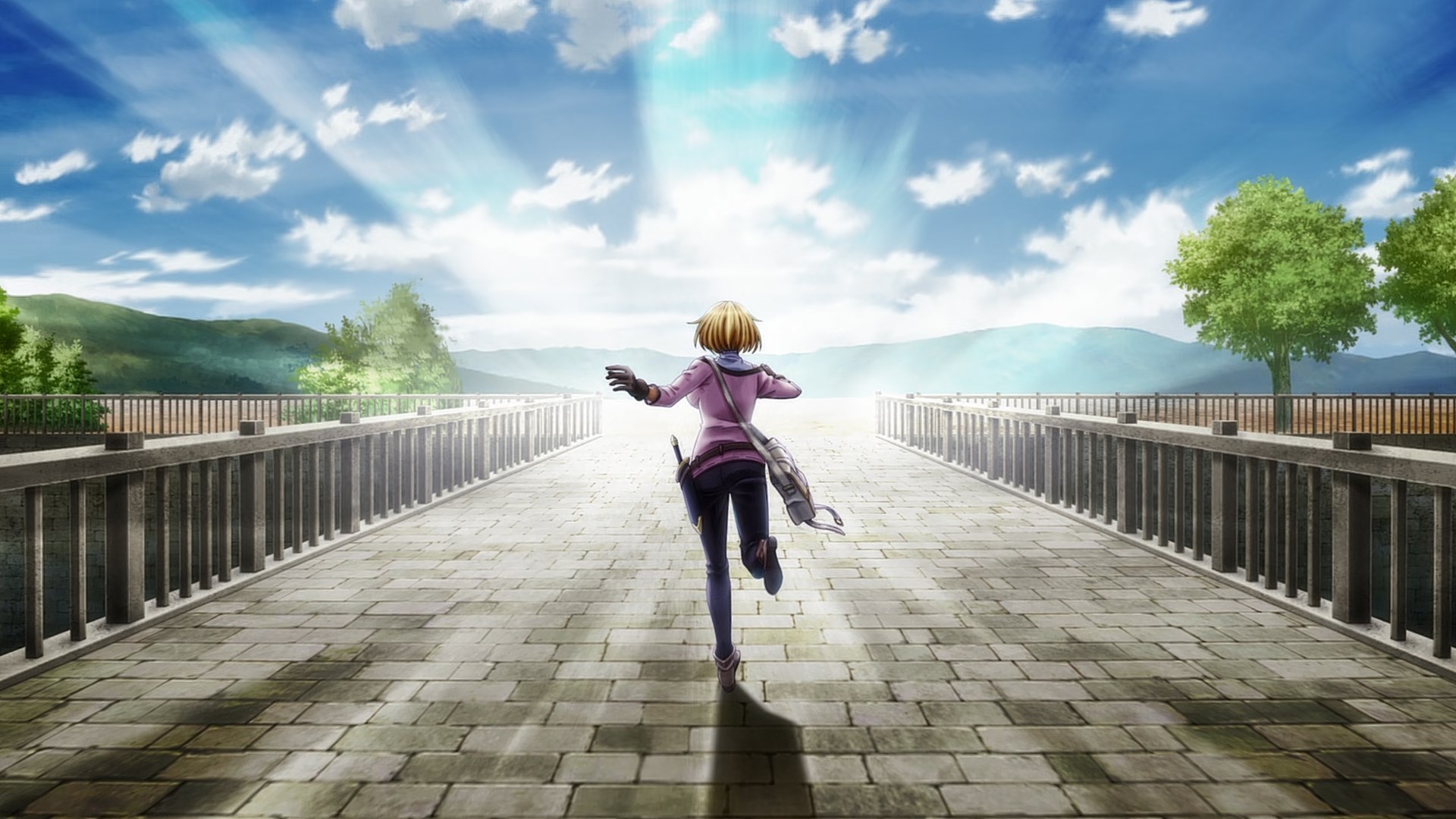 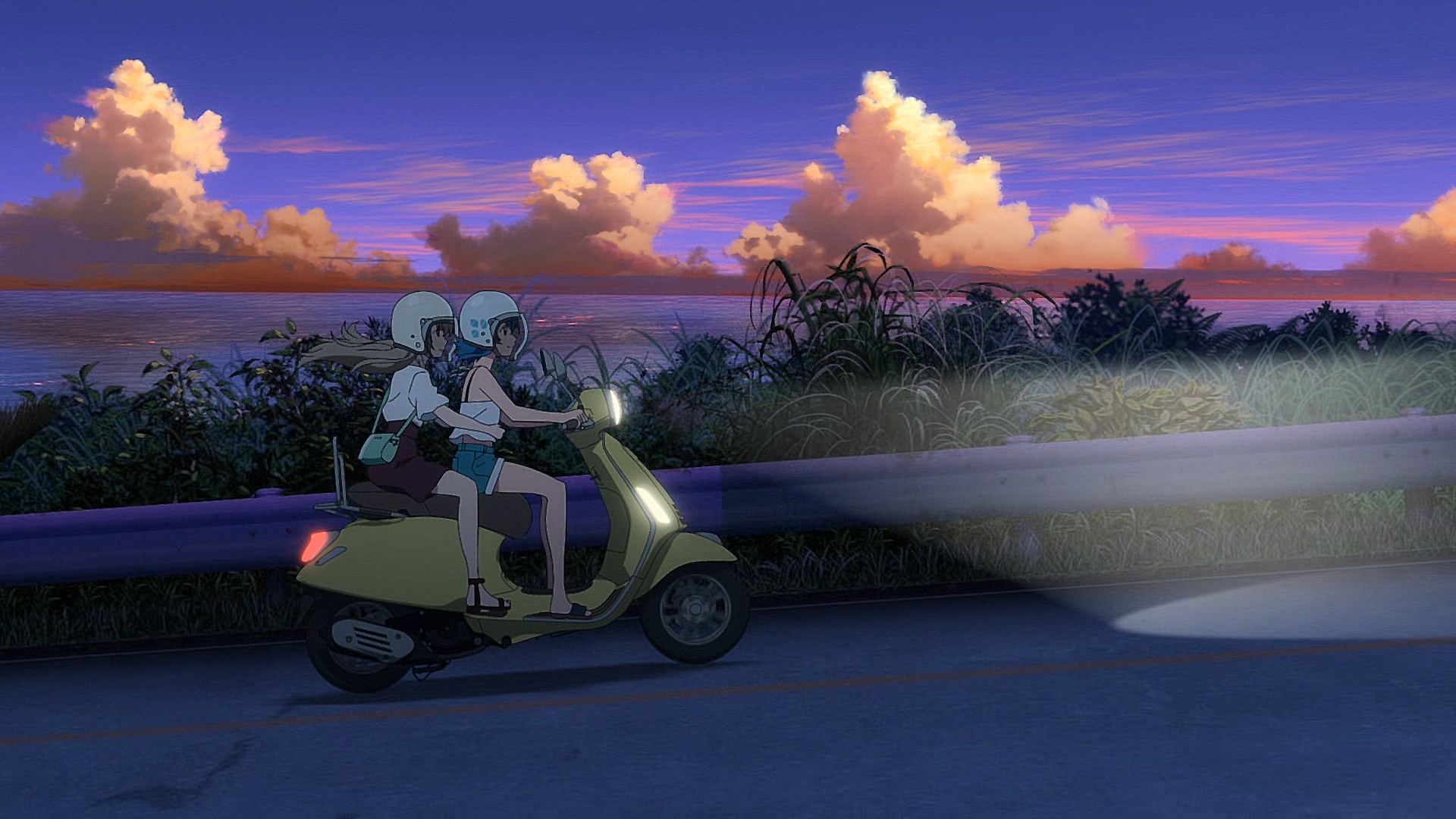 The Aquatop on White Sand (Shiroi Suna no Aquatope)

After the somewhat dramatic start the following two episodes settle into a pace that is far more typical of a slice-of-life series. The biggest difference being that the day-to-day life we see here is in an aquarium-based setting rather than the more common school type setting. The show doesn’t try to pull anything overly ambitious with each episode following the same general formula i.e. an event occurs which leads to some accompanying drama which is then resolved in some fashioned leading to a moment of growth for a given character.

Just because the setup is formulaic doesn’t mean it is bad though. The stories were good and the drama that ensued was entertaining for different reasons. The first bit of drama as seen in the third episode created more of a uh-oh type feeling. Well actually if I were in their shoes I would probably be using stronger language. It did make me think, somewhat ironically if I may add, that if the characters weren’t so keen on getting stuff done all the drama could have got averted. I have to admit it was kinda funny to watch.

The second event that occurred in the fourth episode was more engaging to watch but the twist this time was something of the more inevitable kind. I won’t say what to spoil things but this event could have a more lasting effect. A further twist is even tacked in the dying moments of the episode.

Aquatop won’t appeal to everyone but as far as slice-of-life series go it is pretty enjoyable. What is more, it goes away from the beaten school slice-of-life which is welcome. Our main leads Kukuru Misakino and Fuuka Miyazawa are likeable characters despite having their individual flaws. The support cast are friendly and the overall vibe I get from Aquatop is a wholesome feeling and this comes primarily from the friendly cast plus the beautiful scenes from either the aquarium itself or the coastline shots that are littered throughout this show. This relaxing is ideal to watch on a chill Sunday afternoon. I will maintain the 6/10 I gave it last time round. 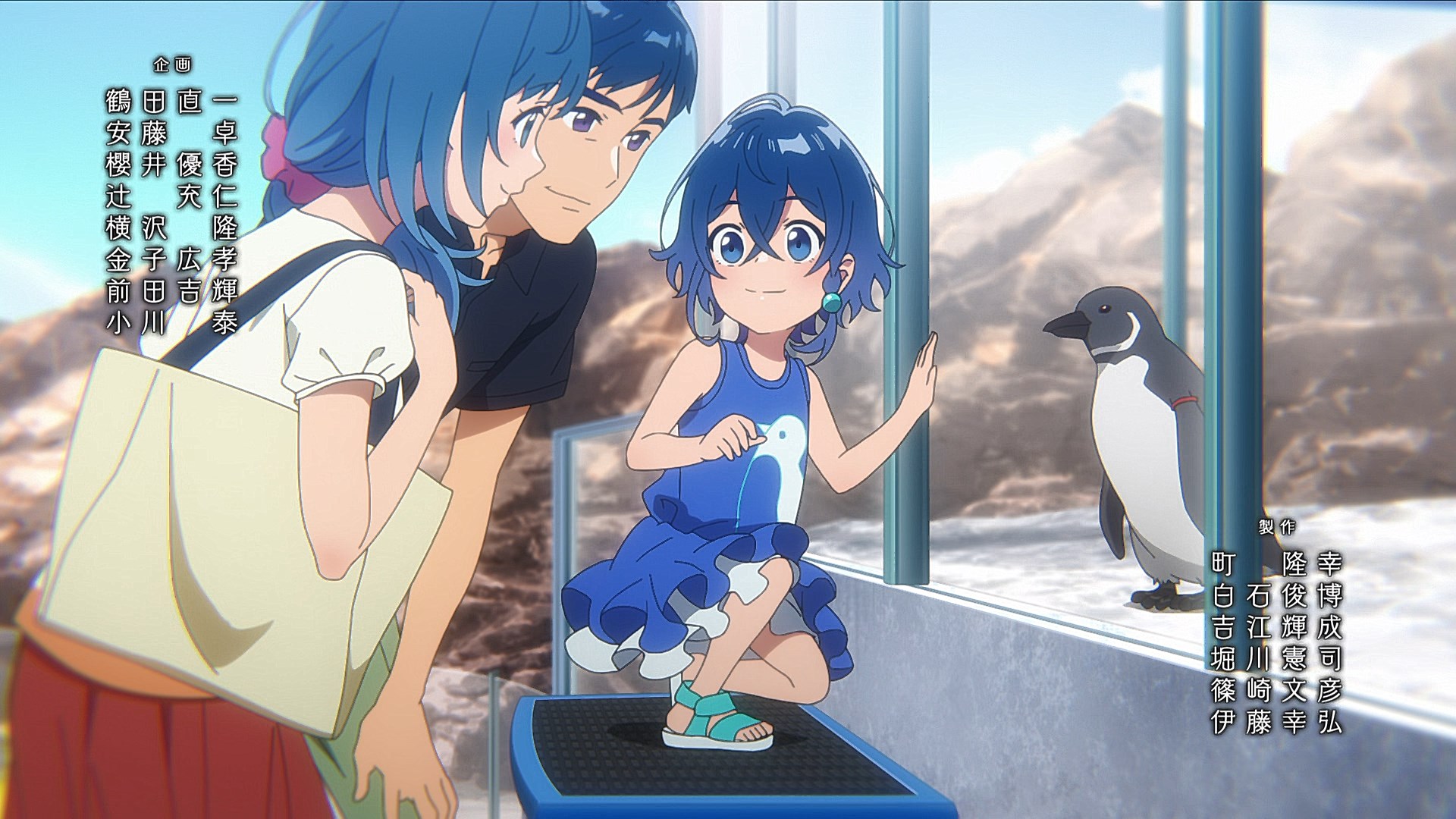 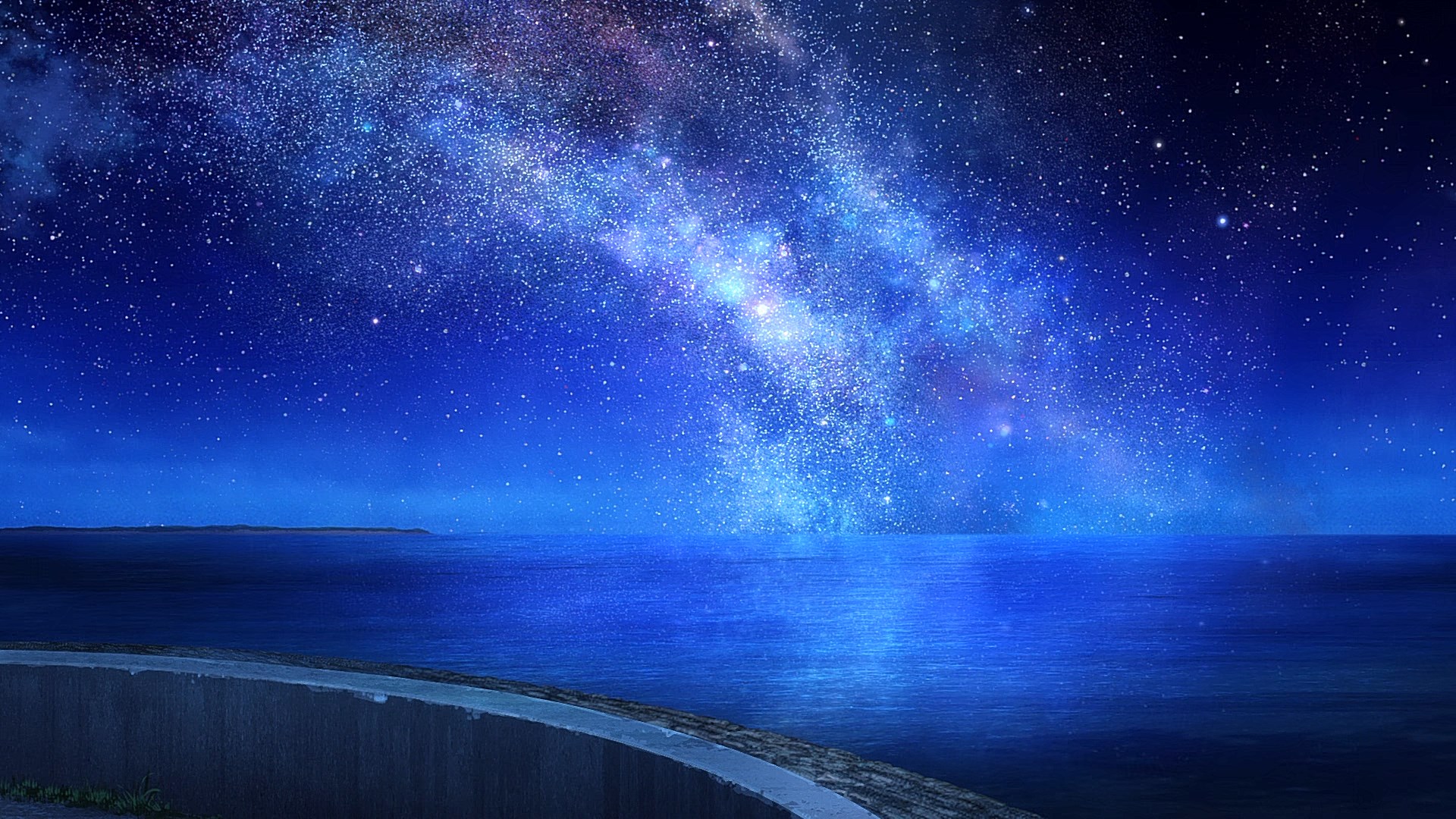 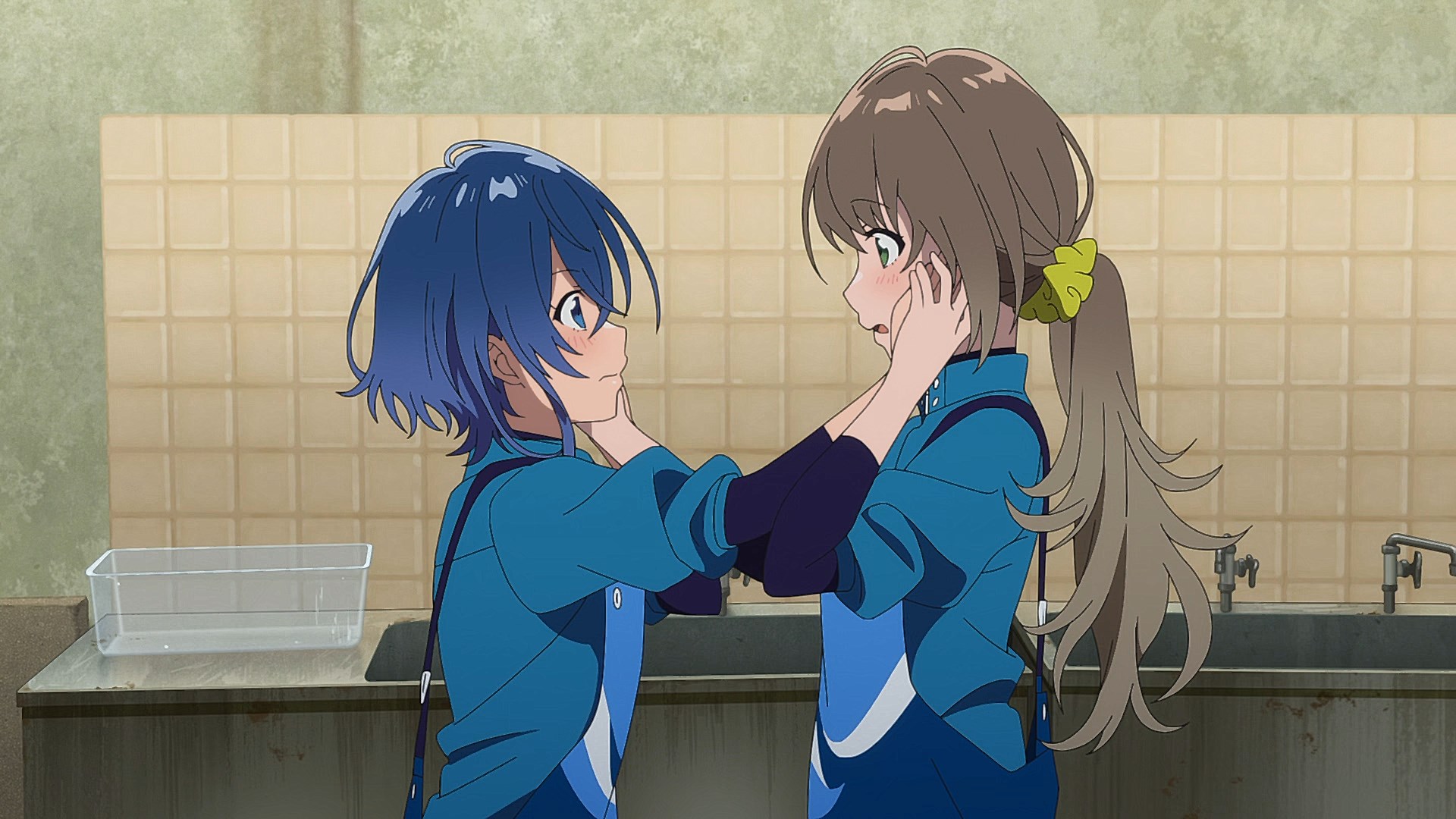 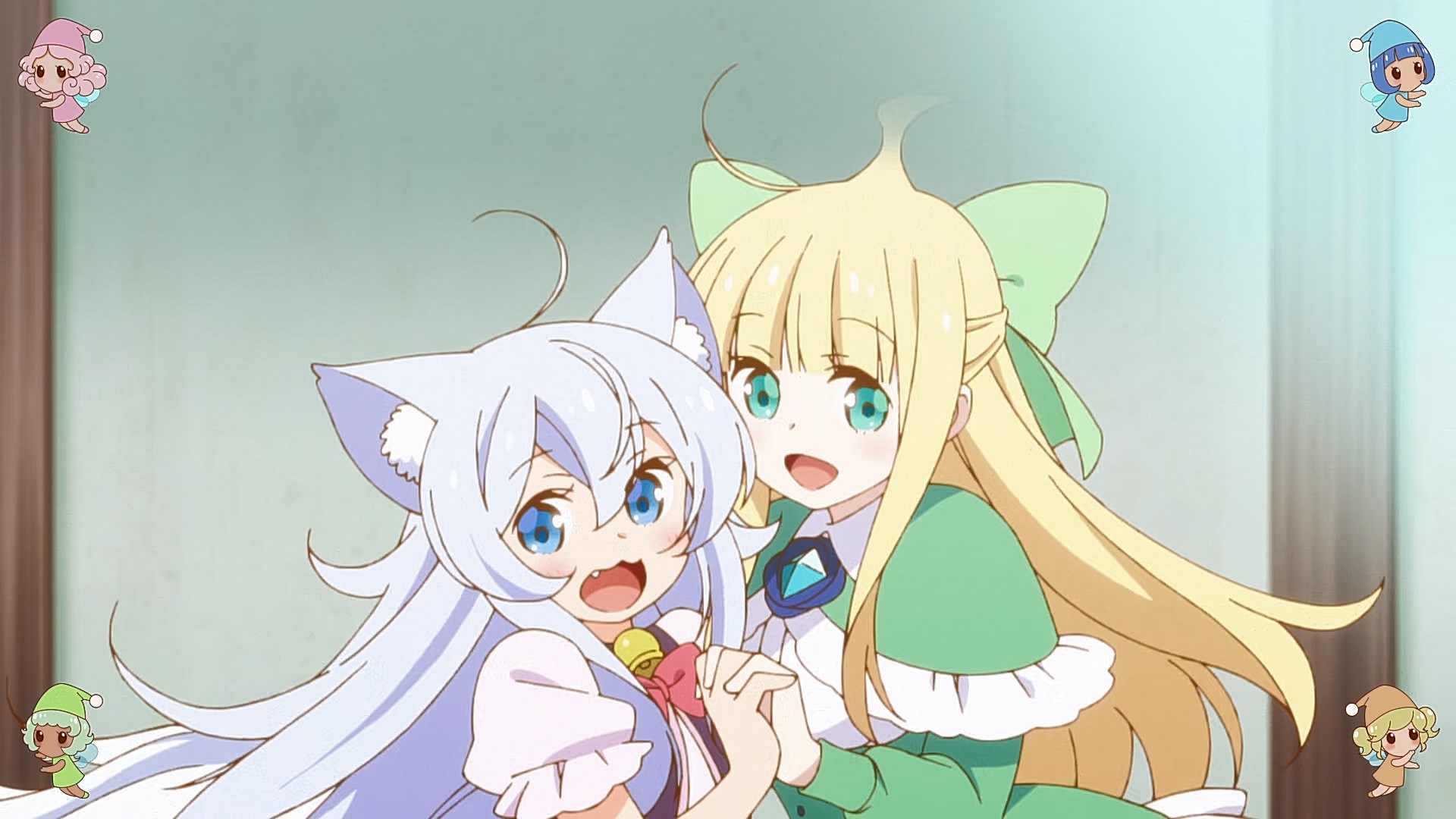 Cheat Pharmacist’s Slow Life: Making a Drugstore in Another World

I said this was a moe series and moe is what we get in episodes three and four. It would seem that the plot is merely there to service the moe and comedy aspects of this show and whilst that is a formula that could work provided the comedy is good enough. Unfortunately for Drugstore in Another World this wasn’t the case. More often than not the jokes fall flat and whilst there are some hits, it is not enough.

This simple plot plus the poor comedy gives the feeling that this show lacks any purpose making it difficult to figure what this show wants to do. In the end there is not enough substance to hook you into the show. On top of that even if you could get over the show’s shortcomings, I feel this is a very forgettable series and I have doubts anyone will be talking about this in 2022.

The biggest positive I can say about Drugstore in Another World is that Noela, Mina and Annabelle are cute plus we get introduced to another loli in the form of Elaine. On top that there is a promise of an elf joining the gang so if you got a strong itch for moe and harem action then this could be for you. For other viewers however I would stay away as you will not enjoy this.

As before the other issue that plagues the anime is the quality of the animation. It is average at best and this becomes even more obvious when various sequences are repeated over and over. Another thing to note is the series has ended numerous episodes with a demon king but so far this king has made no impact suggesting the scene has been added to pad episodes out. This just goes back to the lack of substance issue I mentioned earlier. Whilst the series is not terrible it is not good either and as a result, I will drop Drugstore in Another World. I would give this a 4/10. 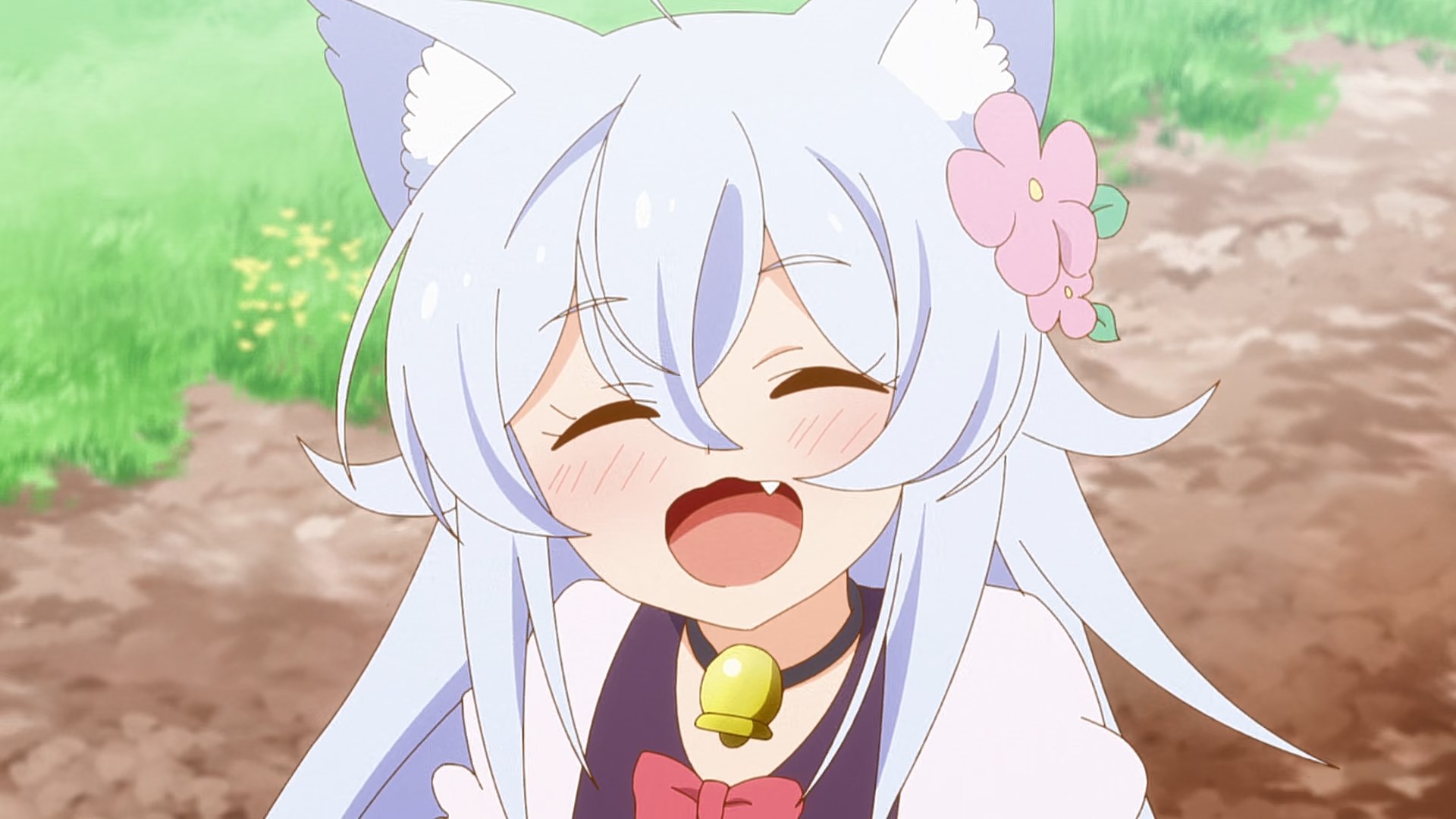 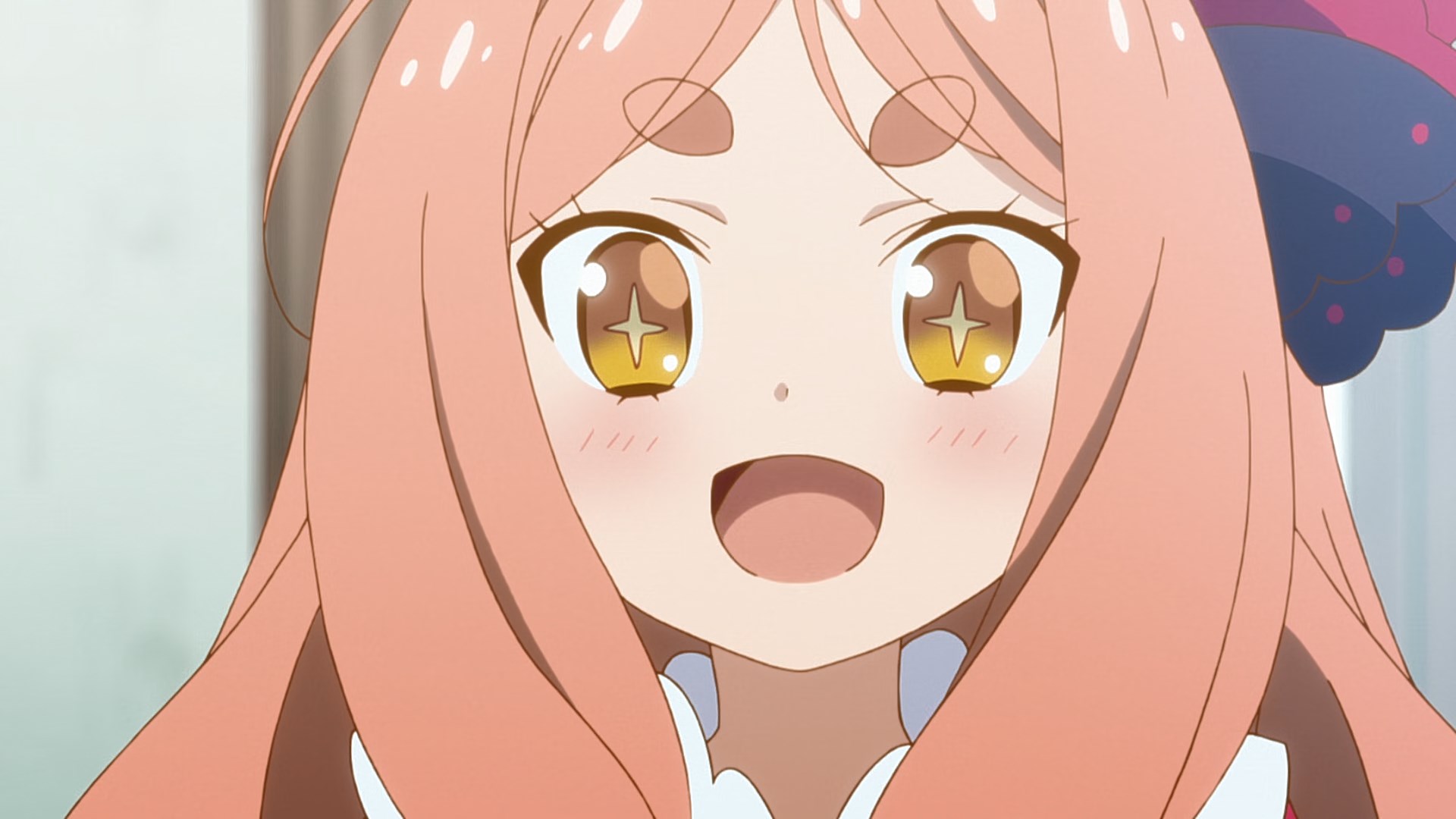 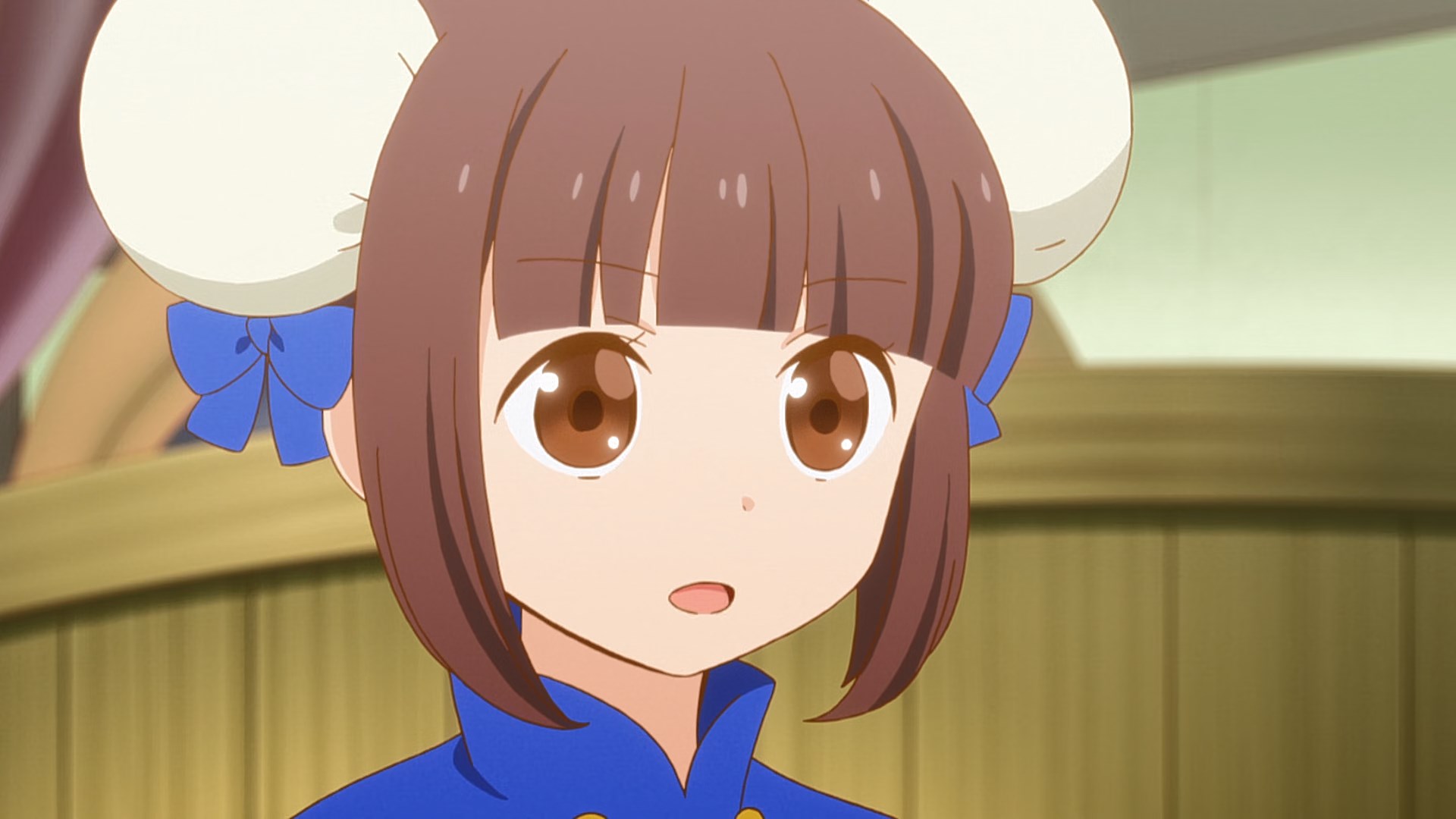 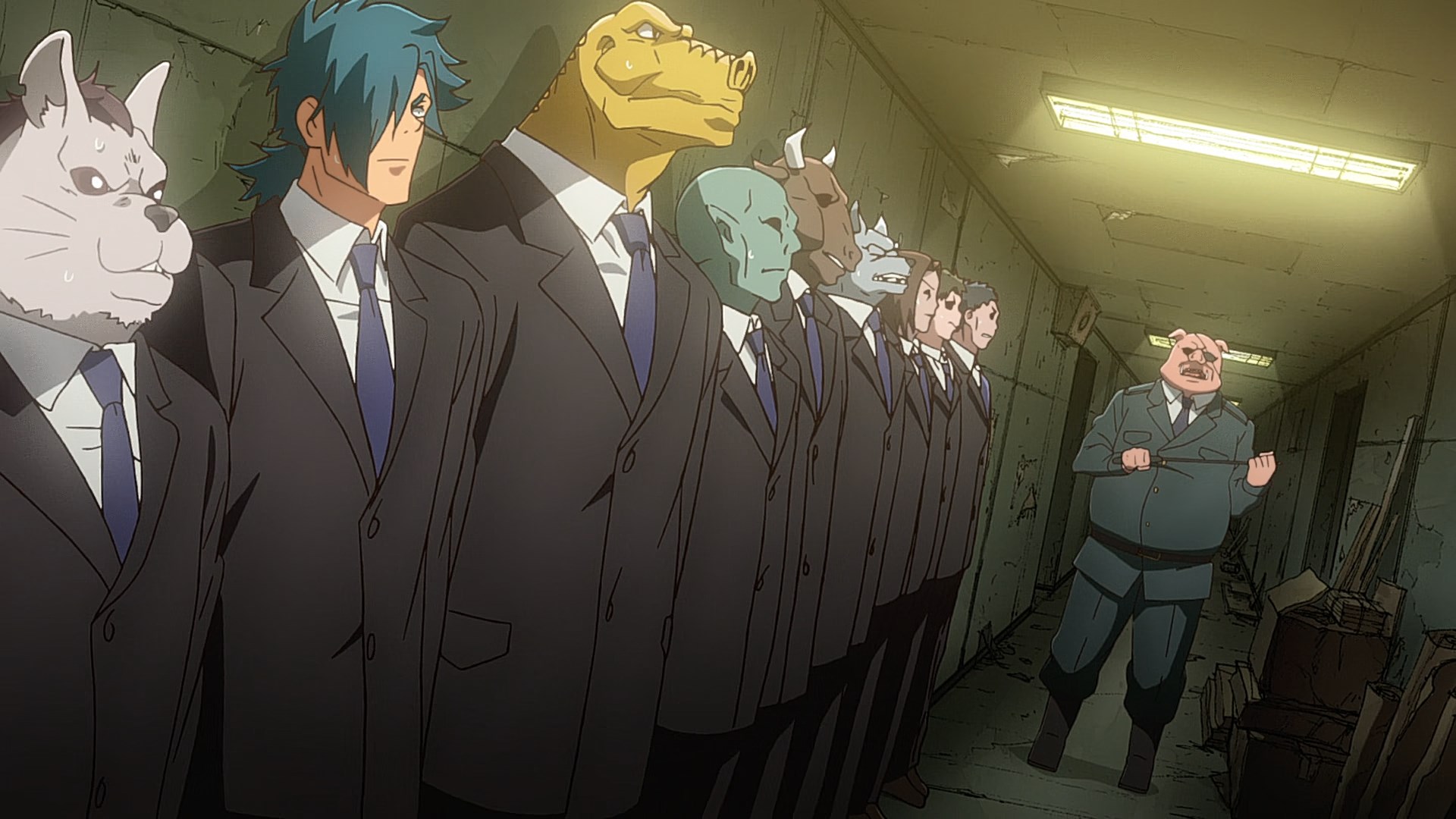 I don’t know which one is worse the black company or Kinji. In many ways this seems like watching a couple of antagonists duking it out for supremacy. I can’t recall an anime doing something quite like this and this dynamic is not only fairly unique, it has been executed well. This dark humour/parody they have going is definitely a selling point to Meikyuu.

How much you will enjoy this series will depend on your ability to stomach anti-heroes. I won’t beat around the bush; Kinji is a bastard and while his work situation is pretty dire it does not really excuse the stunts he pulls off. But going beyond the small matter of morals I got to admit Meikyuu Black Company is a funny series. His craftiness, manipulative nature is funny and at the same time is the sauce that makes everything work. He is repelling but intoxicating all at the same time. And this kind of feeling is reflected in his crew who one way or another has been roped in to the numerous schemes he has cooked up so far.

However, what has been good about this series is the way it has balanced the horrors of this isekai world against the terrors of Kinji. The two things contrast yet complement each other at the same time like one big contradiction that somehow works. This dynamic is most easily seen in the third episode where it opens with an amusing hazing training exercise which is then followed by Kinji’s scheme. Won’t say what happens there but his devious plan manages to reel a new character into his criminal circle. The same sort of thing happens in the fourth episode as well.

My overall thoughts are I am pleasantly surprised with what I have seen as my expectations going into the show where not very high. It is a good show and I hope the quality doesn’t drop. The main issue I have is I am not feeling the animation style. It looks awkward and doesn’t really work but considering the unique dynamic in play plus the good comedy I can overlook this shortcoming. I will give this a 6/10. 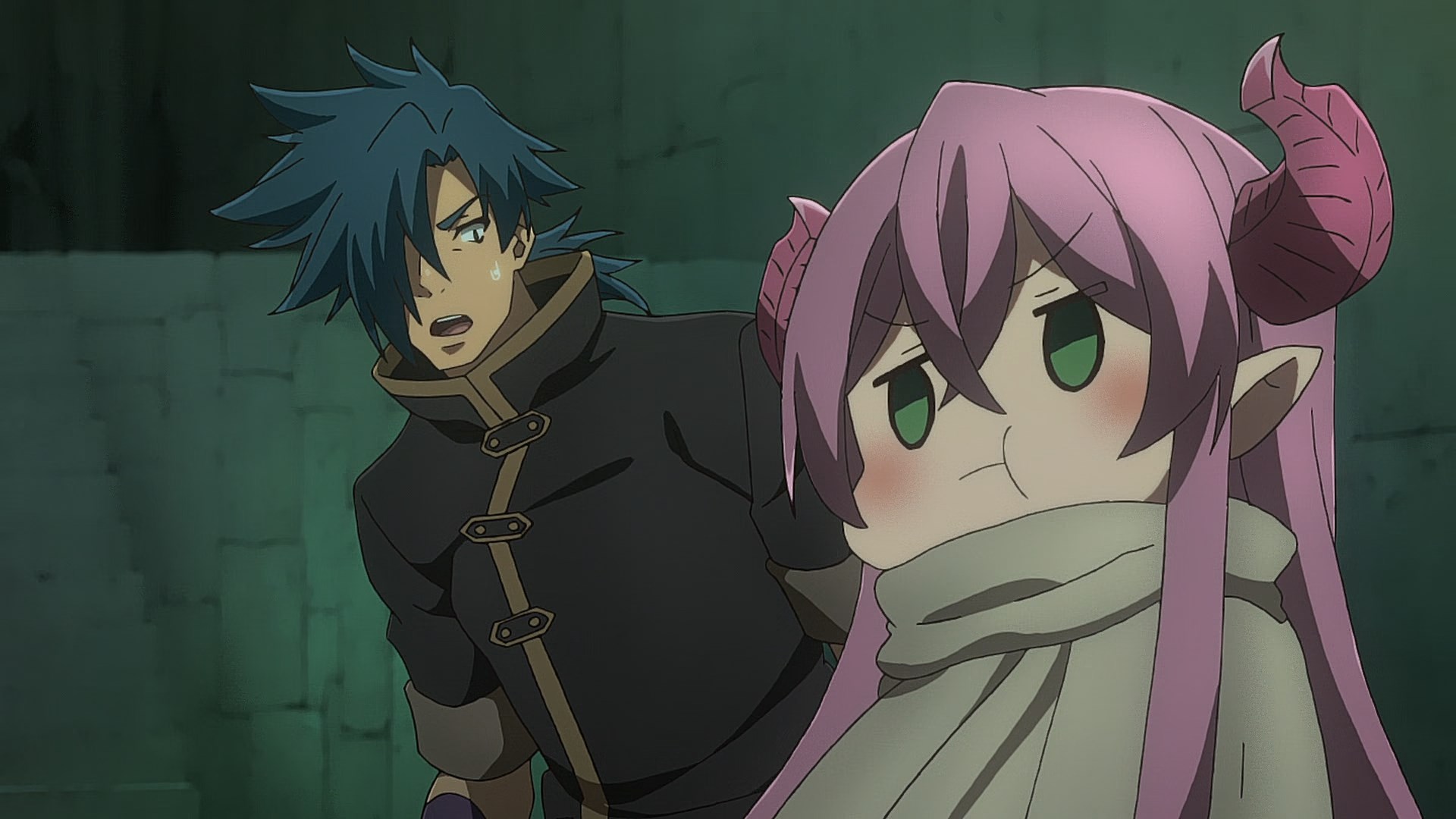 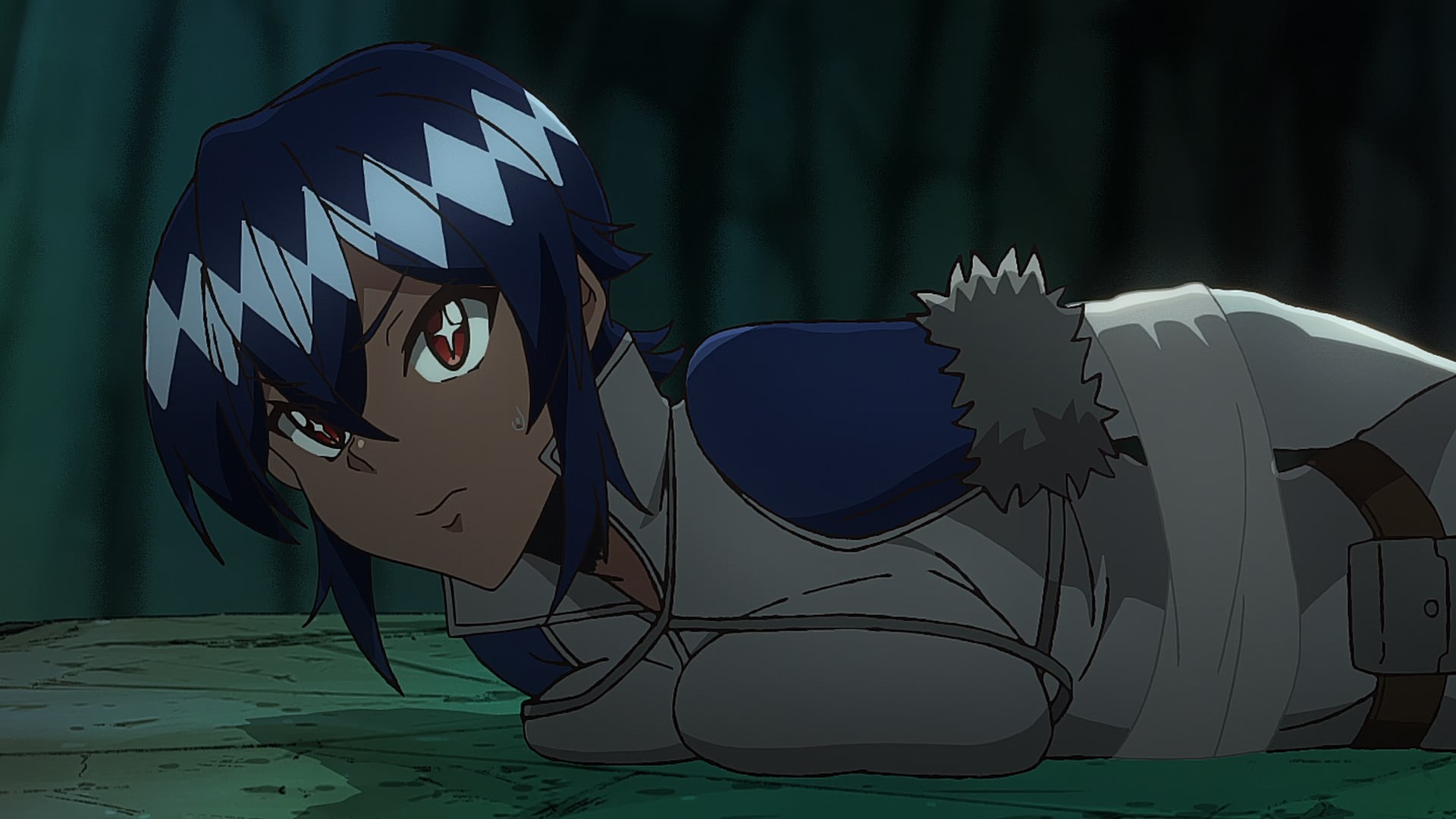 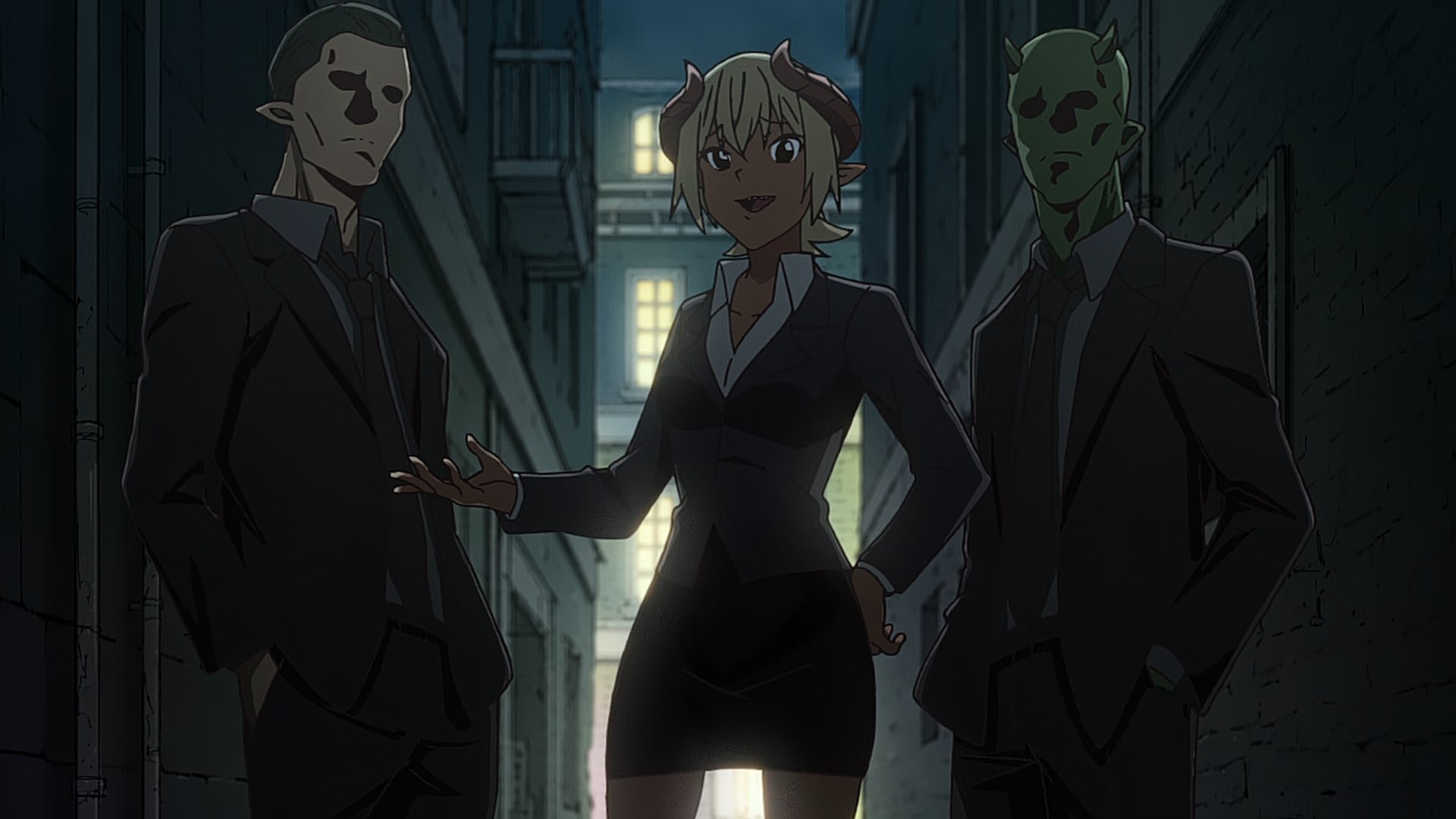