The third part of my preliminary reviews contains what is perhaps the strongest line-up of anime series. We get the supernatural/mystery series Sonny Boy that is worth a go if you are after something different. Then there is Slime Reincarnation which is the most anticipated series of the summer. I also take a peek at Higurashi SOTSU and Scarlet Nexus going into both series blind to see if they are any good. Finally, I see how Night Head 2041; the remake to the 2006 anime Night Head Genesis is trying to see if this remake can live up or even exceed the standards set in the original. 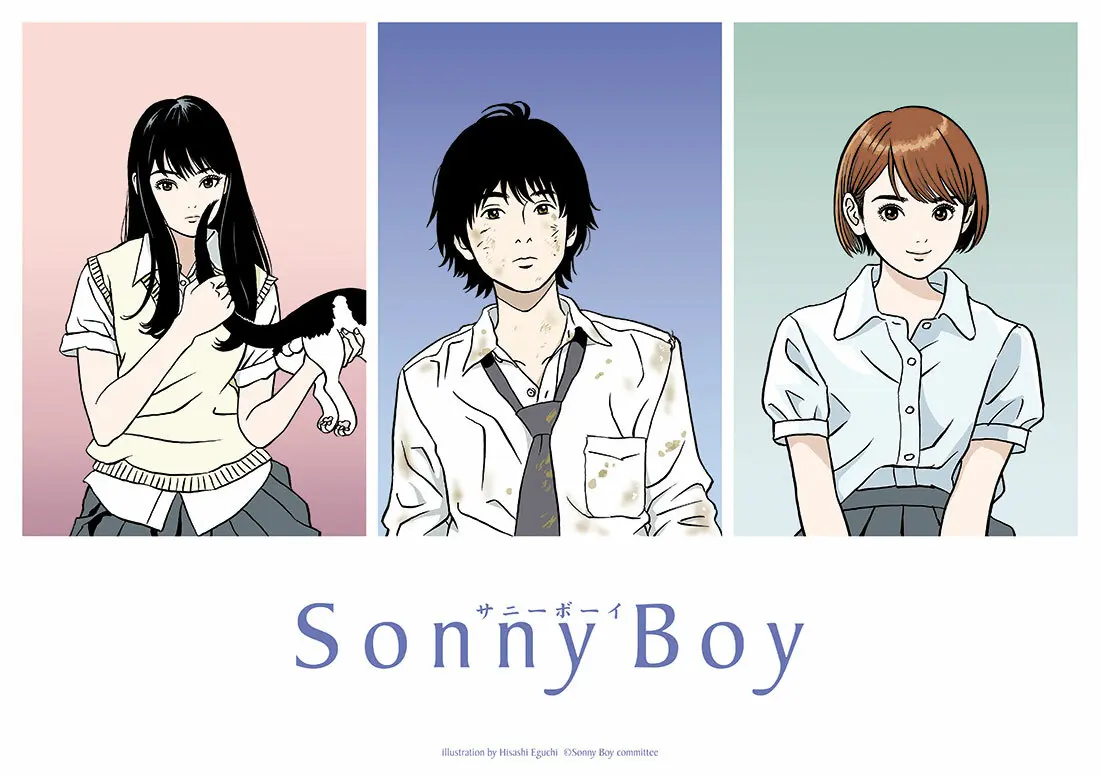 If you like going off the beaten path then it is likely you will enjoy Sonny Boy as this show is not like your conventional anime story. Sonny Boy is a supernatural/mystery series where a bunch of high school students are transported into another world (reality?). On top of that, some of the students in the school have obtained super powers. With no adults or people to supervise them things begin to go a bit awry in the school so action is taken to make sure people follow the rules of the school.

What struck me about the opener is that Sonny Boy has drawn inspiration from the movie Lord of the Flies; many of power dynamics that occur in that film are seen here. Power, corruption and undeclared authoritarian figures are all there but just as you think you got a bearing on the series direction a curveball is thrown with a cliff-hanger ending for the opening episode.

In episode two we discover that this new reality seems to operate on a bunch of rules that must be followed lest the characters suffer major mishaps. The cause of these mishaps is hinted and it actually forms the basis of a major subplot in the episode which goes back to the similar themes touched on in the opening episode.

So far Sonny Boy has been a good ride but this being a mystery/supernatural series means it is hard to say whether this standard will be maintained. The show has the potential to be one of the better or at least more memorable shows of the season but I feel I would get a more definitive answer after watching four episodes. Promising signs so far. Special note that needs to be made is that some of the scenes in this anime can be pretty trippy. 6.5/10 but that score could easily drastically change in either direction. 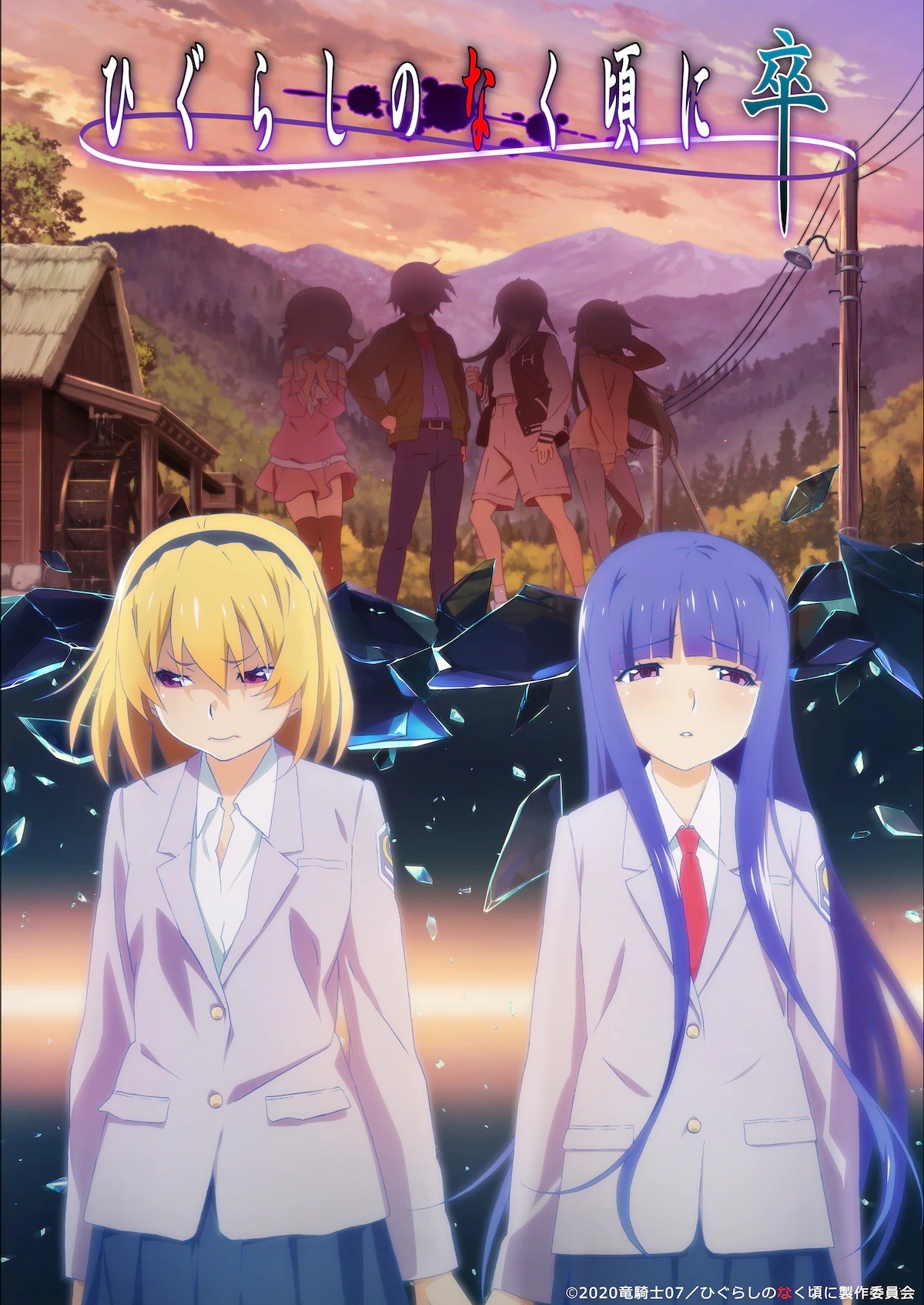 Higurashi: When They Cry – SOTSU

I went into Higurashi pretty much blind. I have seen the original way back in 2007 and saw some of the sequel that aired in 2009 but it has been so long since I watched either series that I have forgotten pretty much all the details. The main things I remember is that Higurashi is predominately a show about horror/mystery, gore and girls going absolutely bananas.

This season of Higurashi kicks off in foreboding fashion as we lay witness to a sinister looking scene of Satoko stating that Rika must accept her hometown in her heart or she will be trapped forever in 1983. Perhaps this is an innocent enough gesture, if taken at face value, but taking the way those lines are delivered plus the scary eyes Satoko projects, you just know it is anything but innocent!

After that opening scene we do get to see how the day goes on with the gang. This is done quickly and to some extent it feels like some scenes are skipped or cut short suggesting that perhaps this season is covering old material. After this brief general overview of how a day in Hinamizawa looks like the series begins to focuses on Rena.

It is at this point we get to see more details of Rena’s difficult personal life plus possible triggers to her eventual madness. I will spare you the details here for it is better to watch first hand suffice to say some drastic measures are taken by Rena under the guise of “I must work harder”. Scenes reminiscent of the original season do present itself and it would seem that Rena may have forced herself in a corner. Gotta watch the third episode to see what happens with Rena.

The ride back into Higurashi has been enjoyable so far but I do feel I am missing out on a substantial amount of content by jumping straight in. I have not watched the previous stuff, at least not recently but even I sense that I would benefit by watching the prequels. Despite that shortcoming I did still enjoy the show suggesting this is suitable for newcomers to the franchise. This will get a 7/10 from me. I will give a special mention to OP/ED which were good additions. 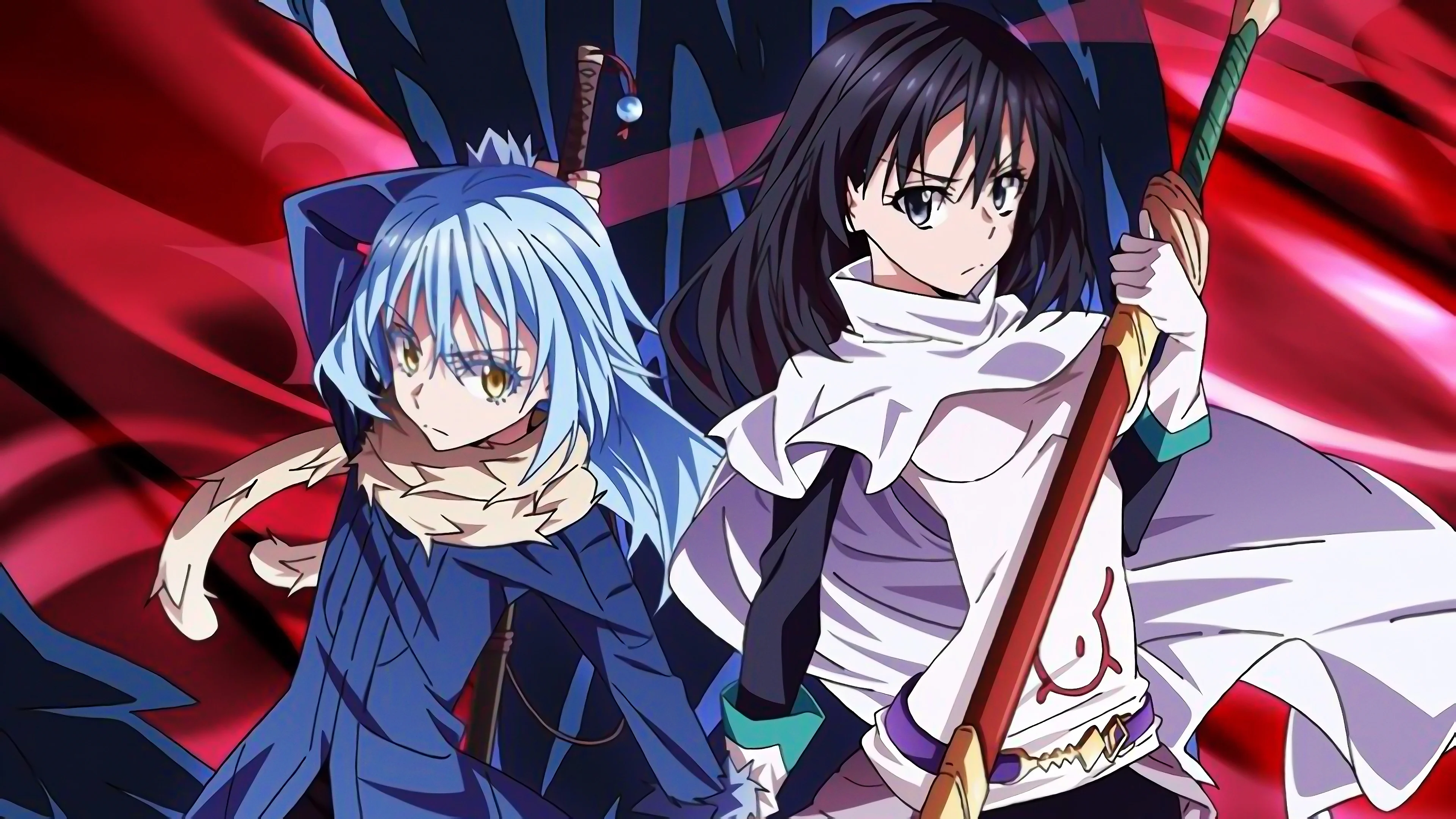 Slime Reincarnation is a long ongoing story so starting from part two of season two without seeing what came before would be madness. If you want to know what all the fuss is about then I suggest having a look at the reviews for season 1 and the first part of the second season.

For people who have reached this point I doubt whatever I say will sway you one way or the other but for those still unsure in pulling the slime trigger I can say that these opening two episodes start in a similar vein to what you saw in part one. That’s right so far screen time has been dominated by various major players laying out their plans on what they will do and what their intended goals will be. As usual the demon lords are up to their usual games and with the slime town being more OP than before he is simply becoming a bigger target to target. One major revelation is made in these series of dialogues. It makes you wonder how our slime will deal with this bit of news. Interesting stuff and hopefully it translates into some good action later on.

Another significant point is covered and this is to do with the person the slime faced in season two part one. It would appear that there are certain details in that encounter that do not quite ring true. What does this mean? Who knows? In any case all we got after two episodes are hints and promises of engrossing developments that are still yet to come. Nothing delivered so far but seeing what has happened before we could be onto bigger and better things. I will score this a 6/10 but think this will score will go in the upwards trajectory. Keeper for me. 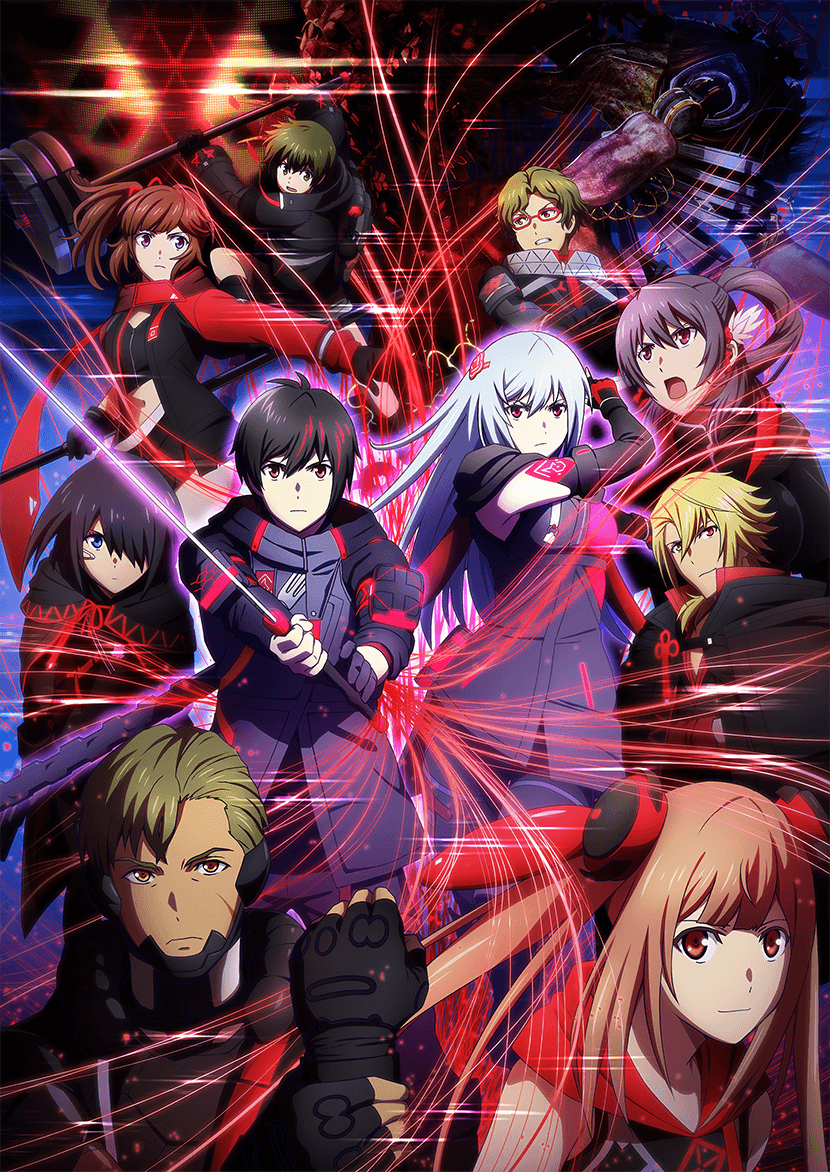 I went into this series blind as I have not played the game on which this anime is based on so I have no idea how faithful it is to the source material. Because of this I am judging the Scarlet Nexus anime purely on its own merits. Scarlet Nexus deals with an elite group of soldiers who hold various types of psychic powers. The opening episode throws a lot of stuff to the viewer from names, team structure and then later on a battle scene. The skirmish at the end is a pretty standard affair but the mix of different psychic skills used does adds a certain flair that keeps things fresh and entertaining.

Questions are raised about the main protagonist Yuito Sumeragi from his background to memories of his past. It would seem he shares some common connection to one of the members of his squad but it is not made clear what that is and how it could be significant. Finally, there are hints of something foul a foot like a grand conspiracy but again we are left hanging and wondering.

The second episode does ease up on the info dump and it follows the usual motions of a training episode. We get more time for some of the extended cast to display their personality traits plus there appears to be some kind of budding romance subplot developing.

At the death we get a big cliff-hanger ending and what happens there seems to elude back to the conspiracy point hinted at the end of episode one. On the whole things have got off to a decent start as whilst one can quibble certain things particularly the early info drop the show has some things going for it. There is action and suspense and the cast seems likeable for the most part. Scarlet Nexus is more catered for the action/war crowd so if that is not your forte then maybe it is best to give this a miss. If Scarlet Nexus does build on its story however then this series could garner a more universal audience. Let us see what happens there but since I can appreciate good action even in the worst-case scenario, I will get some kicks out of this. I give this a 6/10. 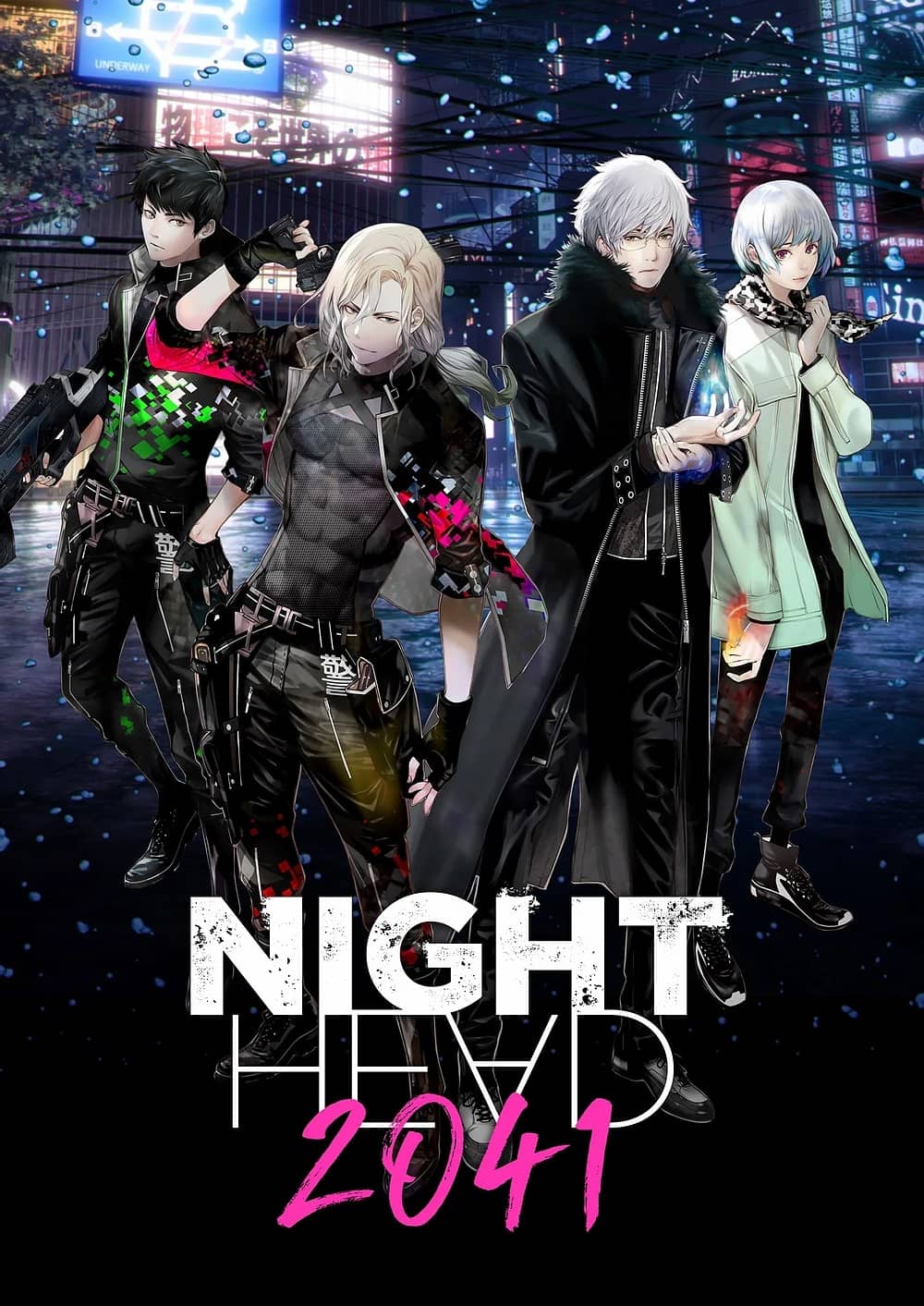 What should be highlighted from the get go is that much of Night Head 2041 is CGI so if you are allergic to such things then walkaway. I have to say that for most part it is done in a convincing manner so whilst you notice the CGI it is not really an impediment to your viewing experience.

As for the show itself, Night Head 2041 is an alternative adaption of the original series Night Head Genesis. It is not necessary to watch Genesis as this show deviates significantly from its predecessor. The only things it shares with the old series are the Kirihana brothers, a couple of characters plus the fact Night Head 2041 deals with psychic powers as its central theme.

It should also be noted that this latest incarnation has a much stronger sci-fi, cyberpunk feel than its predecessor. Another major significant difference is that in this alternate universe any spiritual or religious thought that is not strictly based in the physical or at least scientific world is banned.

It is under this scope of a dystopian Orwellian type future that this series is set. The first episode mainly focuses on setting the scene by providing the backdrop on how this world is laid out. This is mainly done through the perspective of a police force that enforces against “thought” crimes. We do get to see the Kirihana brothers enter the picture towards the end and like Genesis they enter a bar with events panning out in a similar fashion to how it occurred in Night Head Genesis. For fans of the old series, you will get an extra kick out of it but for others the scenes that get acted out here are still pretty cool.

The second episode provides exposition on two characters past in the police enforcement team highlighting the theme of abandonment and rejection again this is something touched on in Genesis. At the end we see that things are not so black and white when it comes to psychics and their position in society.

How things progress from here and what role Naoto and Naoya play in the overall narrative remains unclear. This series is similar but pretty different at the same time to Night Head Genesis. This means it should appeal to fans of the previous show and newcomers alike. I feel this is an underrated anime and from what I have seen so far looks to be better than Genesis which sometimes seemed to lack a central focus. I already feeling the pacing is faster here to boot which again was an issue in Night Head Genesis. 7/10 for me and most likely I keep this one.