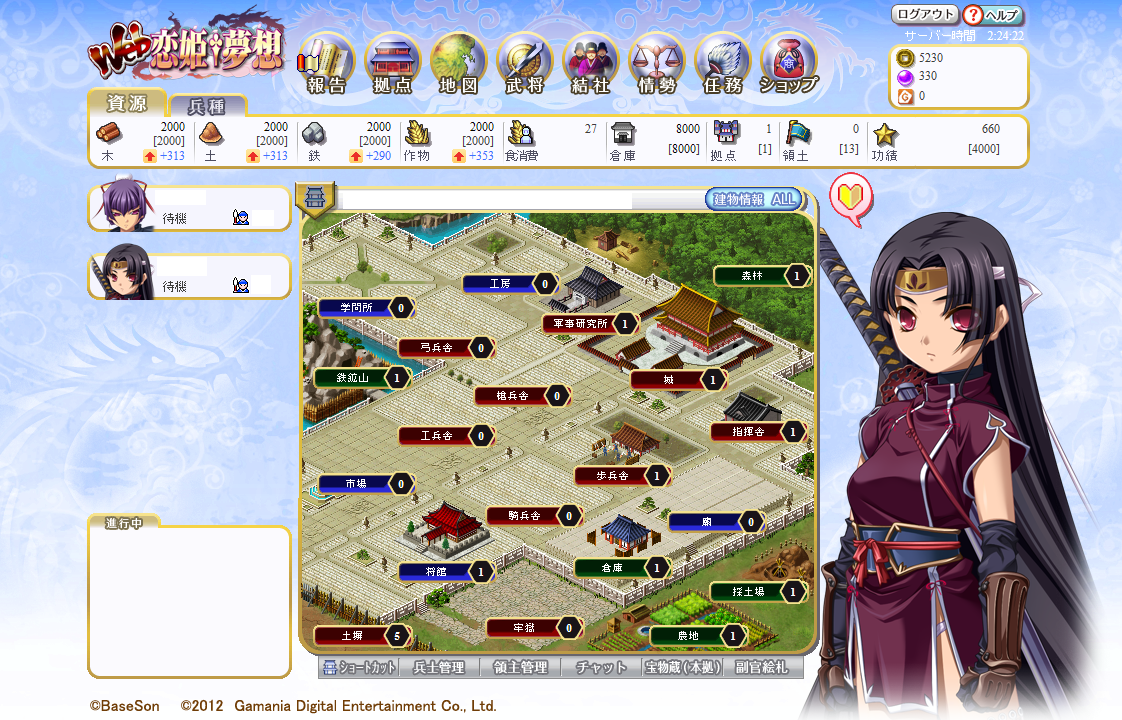 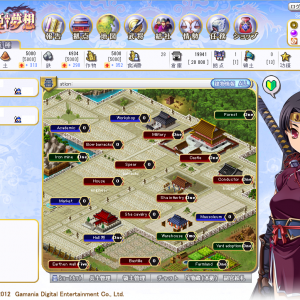 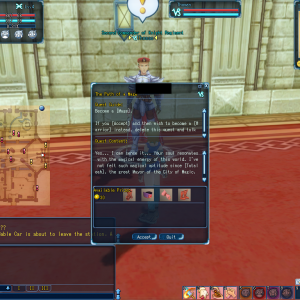 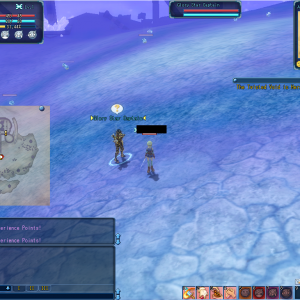 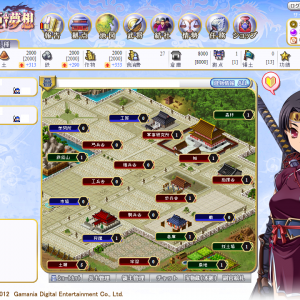 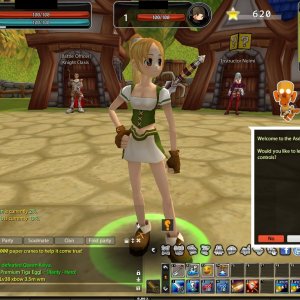 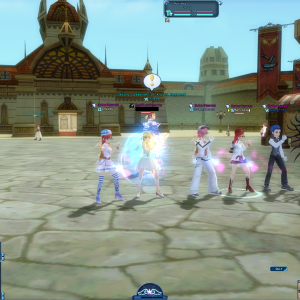 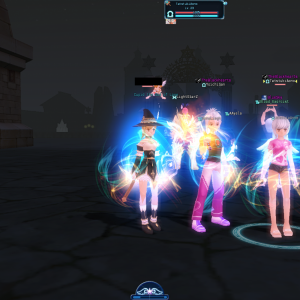 As the US Koihime Musou game is closing, decided to try out the Japanese one. Heres my base, still finishing off the tutorial. The graphics are quite different for the base layout, but the menus and screens are identical. I'm playing it in Japanese un translated in this screenshot because I'm using IE. You have to use IE for Lucent Heart, and the login process with captcha is a pain, so to avoid re-logging in again, I'm using IE. And Bing's translate option dosnt work as well as Chrome's, it wants to open a new window, and so breaks the session. Running it in chrome with it translating works very well tho. I'll screenshot that later after finishing with LH.
Click to expand...
You know the grapics for this make it look like it was taken from a console game of some sort instead of it being a web baised game now.