42 replies to this topic 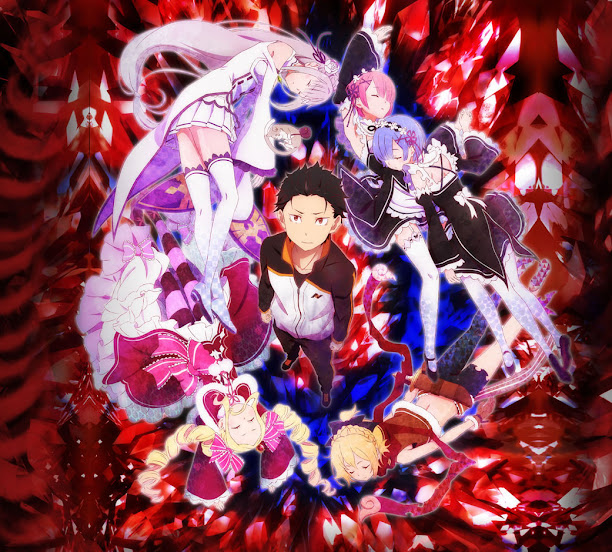 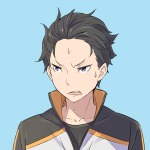 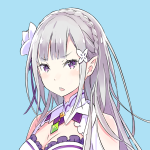 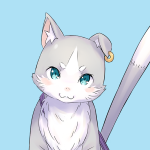 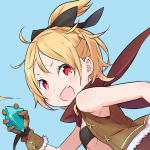 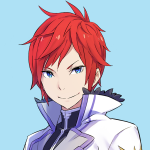 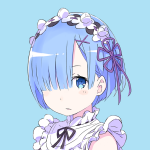 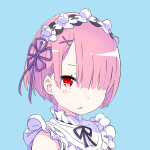 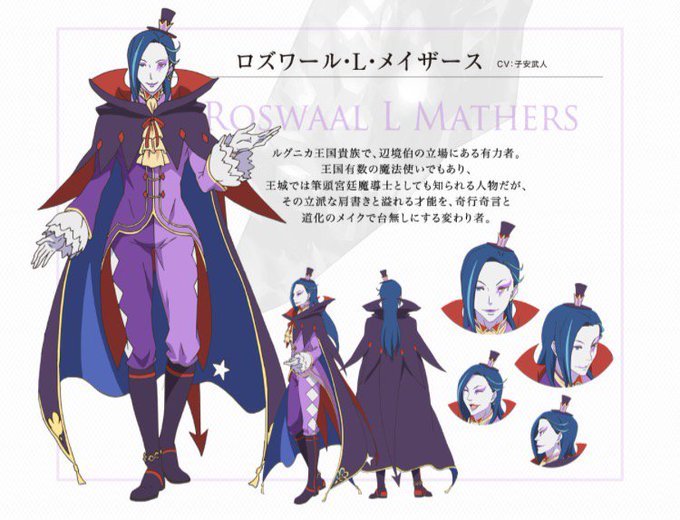 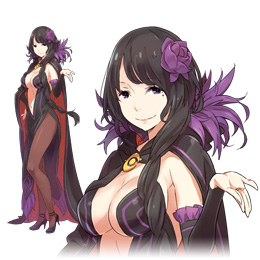 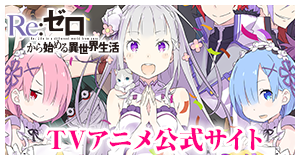 Synopsis: Suddenly, high school student Subaru Natsuki has been summoned to another world on the way back from the convenience store. With the biggest crisis of his life being summoned to another world, and with no sign of the one who summoned him, things become even worse when he is attacked. But when he is saved by a mysterious, silver-haired girl with a fairy cat, Subaru cooperates with her to return the favor. When they finally manage to get a clue, Subaru and the girl are attacked and killed by someone. Subaru then awakens in the place he was summoned and notices he gained the ability "Returns by Death" and has become a helpless boy that only has the ability to rewind time by dying. Beyond the despair, can he save the girl from the fate of death?

[QUOTE=Norren,Feb 02 2016, 03:29 AM]Re: Zero is.... kinda weird. All the manga adaptations of it tend to just... get stuck on the intro chapter? I could swear I've seen the first book adapted and scanlated three times now. I actually like what I've seen, but ye gods, would it kill them to FINISH ONE ADAPTATION!? (Now that I think about it, given the pretense, I kind of wonder if I saw 3 different books and the main character kept having to go all the way back to nothing.)[/QUOTE][QUOTE=gdpetti,Feb 01 2016, 10:14 PMis another rewind time anime which will depend upon execution like all the rest.[/QUOTE]lol his summon is lamer than Endride, but ep.1B convinced me to keep seeing

this is a nice two episode opening. Subaru who is completely clueless about what is happening is a nice main character to begin with. As his deaths give new chances it makes every situation a chance to see the whole story. First the theft being an assigment and not some random incident. Also who is the silverhaired girl really? It looks like a promising series

Believable given its 'groundhog day' confusion at first, but he's a bit too slow to realize until the 3rd death in ep.2... so respawning with his only 'savestate' and Reinhard as new ally can help subaru from now on, is 'Satella' vs Elsa next?

Why-why-WHY?!?! WHY is Elsa a "bad guy"? I'd love for her to be the main character. Twisted, sadistic, tortured, but for some unknown circumstance, performing acts of heroics. Even if it's under duress or due to a magic curse. Her personality is just SO warped. Scary & sexy is the new big thing it seems, and she fits the bill!

Felt needs to put on more clothes. Sorry. It's like a wimpy guy running around in a muscle tee. Just sad...

She reminds me of the bratty, "oldest" sister Mitsuba from Mitsudomoe 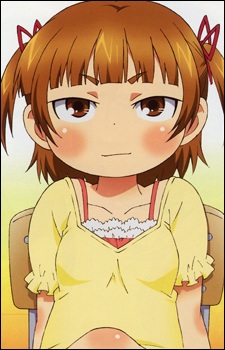 First, I'd grind that alleyway with the obnoxious thugs, then immediately commit suicide so I could massacre them again over and over in order to "level-up" quickly until I could kill each of them with one hit, then I'd pick fights with progressively stronger fighters until I was at a level where my lack of gear and weapons wouldn't be a handicap. Then I'd go back to the loot den, and play out the scenario and beat the crap out of Beatrice before she could kill anyone.

Then I'd put a dog collar on her and force her to make me breakfast every morning as compensations for killing me not once, BUT TWICE!!! (Maybe more if I didn't level-up enough before facing her!) For that, she'd have to pay BIG-time. (And I get the sneaking suspicion that she'd be into the dog collar anyway if I clearly proved to her that I was easily stronger than her. She IS twisted, after all!)

Psycho-hottie on a chain... I think I may have just created a new archetype!

Hmm, leveling up by killing those thugs won't work as he can't improve his body as only his mind is warped back to the time in front of the store (why does the loop jump back to that place anyway??). Elsa sure is dangerous to even recognize emotions from strangers she just met. Who is her boss anyway? That really must be one dangerous person. Reinhard may be the best choice to take with him if he needs to fight Elsa..although i wonder what Satella can do if not being taken by surprise and with her charm who seems to harbor something special (is Satella really that witch or related to her. Puck is way too surprised to see her use the name).
It was weird though to see how Satella was robed by Felt that time..actually Subaru being the cause of giving Felt the time to perform the act.

Mitsuba will never be able to perform the things that Felt does. She is way too chubby for that (remember the weight loss ideas she tried

). That lack of clothes probably gives Felt the freedom of movement she wants and needs. She has speed and agility as her main weapons of choice and for that she needs to be as light as possible.

wanna see a psycho prota girl in new series? try Big Order xD, Elsa reminds me that evil Dark Queen of Battletoads... so ep.3 i expected her trying to kill Emilia by surprise, But not how Subaru breaks the 4th wall before their epic battle


You realize if you Genderflip this fantasy of yours, you basically have the plot of Inuyasha?

So, the main character finally makes it through the first day and has finally gotten Emilia's real name, and he only lost his lunchintestines once, to do so. (Elsa seems like she belongs in Claymore, the more I think about her guts routine. Now THAT is a story full of psycho-hotties on chains.)

Now to see if Death by Rewind can update it's save point.


You of course realize that if he slaps a glowing orb in the next episode, that this will be my last-ever post....

As I will have died from laughing too hard!

Hmm.... No I hadn't realized the gender-flip aspect when I wrote that, but now.... Damn. LOL

Elsa is The Baroness from GI Joe without her glasses and accent!

o.O some authors can reinvent our childhood heroes nicely RPGed, villains even sidekicks like Skeletor or Velma... still fun ep'4 when ex-NEET met not only drill loli, also maid twins and wryy clown xD but yep he's stuck in a new savepoint

Indeed he got a new starting point. As he only goes back when he is dead, does this mean they actually killed him in his bedroom? Those twin maids and their master sure are pretty obvious suspects. Till now this series sure is interesting to watch

Well after hearing a few things about this series, I can only say that this feels like kind of a more serious version of Konosuba somewhat here, but a bit darker though. After getting up to episode 4, I'm now wondering as to if he was either killed off while he was trying to sleep there, or if he was killed somehow when they went to town. It's either that, or he has more of a "Ground Hog Day Ability" until he gets everything right for the day.


LOL Nailed it in one!

Yeah, someone offed our intrepid hero in his sleep, and these matches say you're lying!

(Hands you a book of matches, and when you open them, you read the tiny inscription.... "YOU'RE LYING!")

*reads book of matches* wow! a fusion of our 2 femme fatales, no wonder why Elsa is so smexy AND deadly ¬¬ ok ep.5... do you guys think she 'keeps' killing Barusu, was he poisoned by maids? maybe rabies from the dog or what?

So I was right, he did die suddenly in his sleep then last time. Although this time around he knows that there might be something waiting for him the day before his promise with Emilia. Although, it seems that with him hanging out with Rem and Rom might be a good thing since he can be able to learn how to read and write now. If he gets that part down at least then he might access a bit more in this checkpoint that he is now at.

Although I get this feeling that it might end up being one of those candidates to become the next ruler of the kingdom here, but that's a wild speculation on my part.

Hmm, so he got on better terms with Rem and Ram. However it doesn't seem that they are the cause of his death. That reaction in the end seems to suggest something that is pretty magical. Maybe he should talk with Beatrice. She does seem unaffected by the time reversals.

if this loli can be trusted maybe curses (of Ram ?), now considering he found his killer unlike previous busy 'lives' but... By ep.6 seems both twins' intentions are related to ogres' tale, I guess the witch one avoids is about Satella (taboo)

Well with episode 6, I have to say that I was and wasn't expecting that outcome here. Never the less it makes me wonder if he does die beginning next episode, that he should get closer to Rem here so she won't pull this stunt on him.

yes Barusu must gain their trust somehow before they kill him, keep them alive or else he'll regret it reviving always(?)... unable to tell his secret so Beatrice at least can be a bodyguard, if you think Ep'7 lacks comedy then try the specials

So with that we learn that Subaru kind of has a cure form the Jealous Witch with this episode. So I'm guessing she was the one who summoned him to this world in the first place I take it. Also, apparently holding himself up in Beatrice's Library might of given him the idea that he was supposed to die instead of Rem here. So with that it looks like he really does have to be greedy between the two of them for the next episode so that they could trust him at the very least.

Also, I get this feeling that the more times he dies the stronger the witch's curse grips at him to the point of where he just might die straight out when he resets things. At least that's what it might turn out to be like in the end here.

well his efforts paid off in Ep.8 realizing this curse is most likely from a town, at least he learned his Darkness attribute... It fits given a shady hand shows while reviving, as Emilia comforts him i wonder if she's truly related to Satella