55 replies to this topic

as long as both gods aren't reported, especially by Freya maybe they'll be fine...

about ep'11 PV showing Ryu's skill, to save Bell even if Hermes didn't ask her

Ryu seems dangerous..she is very skilled..so why did she not continue adventuring?? Bell really needs to hammer on Hestia a bit. She needs to offer Lili and Welf a place into the Hestia family. Lili would gladly come to the family and Welf probably wouldn't mind either. I wonder why he received that big sword and what is written in the letter..
Hmm, a town in the dungeons. Feels like it will be a filler episode or maybe if we are lucky something about that sword and letter..

Ryu's reason could have to do with Hermes Familia, prefering her waitress job... 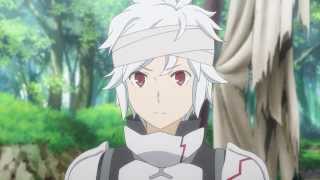 after this PV if she explains Bell why, I think ep'12 will be not completely filler

what the heck did the writer do to the story. Suddenly we get a surprise about Bell's history...the fight was also weak with the sudden strength of Bell. This last episode felt to ruin the series for me. Welf's story wasn't executed very good. Lili was useless even if she can use magic. Some other characters seemed weaker. And the sudden Zeus story with the remark of the labyrinth hating the gods came out of nowhere.

The series in a whole began pretty good. Just an adventurer and a goddess who try to make the best of being a weak familia. However the story ran to a sudden climax which fell down on itself for introducing way too many things. Characters were fun with Bell, Ryu and Lili being the better ones. However their character growth felt weak. Bell grows as a fighter but his character seems to fall behind. The plots in the story did have some weaknesses..for example Lili mentions she wants to go to another familia..the rest of the episodes we don't get anything on that part anymore. If the writers just used one minute to let her ask Hestia if she may join the familia it would be resolved but it didn't come..also the letter for Welf, what happened to the backstory? Syr and Freya...what is their connection?
The series was okay but fell apart in the end due to rushed parts and not fulfilling the sidestories..for me just a 6 out of 10..

I do hope we get a second season which fixes a lot of those open threads..please just let the Hestia familia grow with a few additions like Lili, Welf and Ryu..

despite for me this series isn't as good as LogHori or SAO i'm hoping for s2 too, also IMO the finale isn't so bad now that Bell's fast improvement makes sense...

It wasn't really clear to me from watching the anime, but I wonder if you nailed it right on the head? ©Hestia and Hermes' presence in the dungeon could have been the trigger for Goliath's breaking through from his spawn on the 17th floor to the supposed "safe zone" on the 18th floor? Or I guess it could have simply been another "trial" for Taco-Bell-Kun-Usagi-Shiro

since he's a destined hero? Either way, great episode! I'm so sorry that it has to end here. And truly pissed that I can't find the light novels that even go up to this point, much less what happens going forward.

So on a side-note, I happened to take a peek back through old animes in anticipation of the new season and looked at still captures of "Pet-Girl" and Aiz-San side by side. SAME GIRL! Funny thing is that they BOTH look like grown-up versions of Chiaki from Minami-Ke and a blonde grown-up version of Ren-Chon from Non-Non-Biyori. (Especially when she does the blank stare with the "triangle mouth"!)

I'm not a Loli-lover, but I adore that little girl and would adopt her in a heartbeat!!!

Can't say that I disagree with your sentiments. I personally enjoyed the heck out of the episode as a stand-alone event, but yes, there are quite a few open threads left needing closure. My personal take on it was to cut them some slack, as if the production house has only been authorized to address up to a certain point in the story's time lines, then they would by necessity have to leave certain side-stories unresolved.

As a follow-up side-note, I TRULY hope that the development group/author hears and takes-up my heart-felt wish for Taco-Bell-Kun-Usagi-Kuro!

Be it that he faces the repressed "darkness" in his own heart, or another partially-"Divine relative" twin cousin or unknown twin brother. (Oh, and PLEASE LET HIM HAVE A GOATEE!!!!) Fans of Star Trek's Mirror Universe Spock UNITE!!!!

If they just do a lame version like they did with Garth Knight in the last seasons of the Knight Rider series and have them be identical save for extra-heavy eye-liner on the evil version, I'll be very disappointed...

All that said, yeah, fairly anti-climatic for the series considering the developments between episodes 6 and 11, but again, if your disclosure agreement with the author ham-strings what you can present, what can you do? (Admittedly, all assumption on my part, I have NO PROOF of my theory. They could have just botched the ending, and I'd never have a clue.)

I think that I MAY need professional help...

lol 'rabbits being trained to jump higher and higher', who fits better than him?...

And suddenly we get the open ended ending here to where this has to continue onward now. Not saying that's a bad thing, but it now gives rise to the whole why do the adventurers go into the dungeon in the first place and hopefully gives more of a backstory about the familias here and there. For the whole Zeus bit I think they wanted to tie in the Greek Gods and Goddesses that were here. Also, it goes to show you that Japan really does like their Grecian lore more or less it would seem.

Is it Wrong to try to Pick up Girls in a Dungeon? OVA, fanservice quest continues 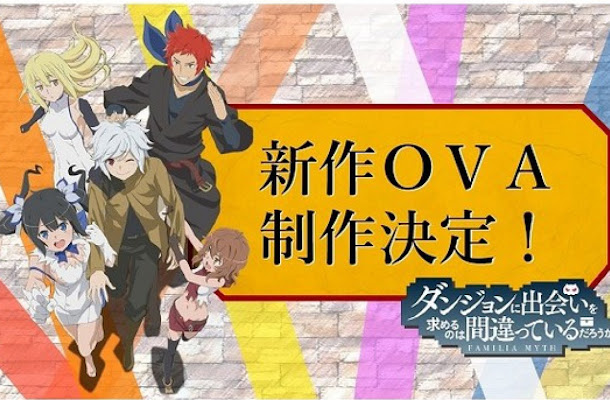 And suddenly we get the open ended ending here to where this has to continue onward now. 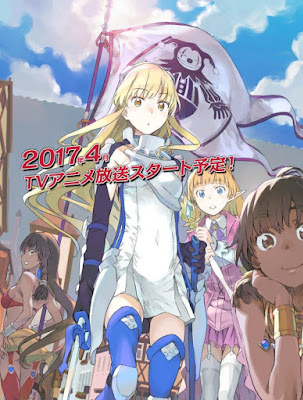 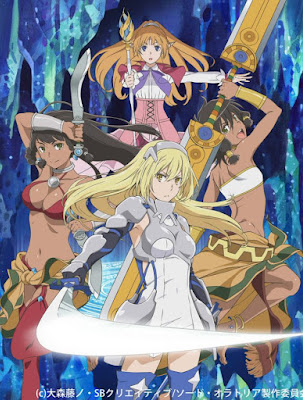 Sword Oratoria: It will always crack me up how Lefiya is a more manly version of Bell, AND she stole the title of Best Girl from him on top of that. If you've ever thought "is it wrong to..." would be better without Bell Cranel... this spinoff was made for you.

which means some Chestia cameos too, but nice 'ep.0' right before he met Aiz

Syr and Freya...what is their connection? The series was okay but fell apart in the end due to rushed parts and not fulfilling the sidestories

let's hope this spinoff will answer that and other questions, up to ep.3 following events like tavern scenes or gods' party... but finally Lefiya saved the day casting lots of spells in Monsterphilia fest, so Dionysus is wrecking havoc after Freya?

... They butchered the Pantry arc.

For a moment I thought I'd remembered things wrong since they did a good job of cutting it down, but nope... they completely cut Lefiya's single most character defining moment in the story.

At least their take on the Training arc was funny. Lefiya's disgusted look when Bell runs off was great.

... They butchered the Pantry arc.

For a moment I thought I'd remembered things wrong since they did a good job of cutting it down, but nope... they completely cut Lefiya's single most character defining moment in the story.

this really sucks unless they add its skipped scene(s) in BR/DVD, Uncut special! after all an OVA of S1 was released... But yeah fun to see more Chestia x Tako Bell than previous eps, by #10 I'm looking forward floor 59 expedition

Any chance of finding/hosting the spinoff episodes of DanMachi at all. I thought I should ask.

Any chance of finding/hosting the spinoff episodes of DanMachi at all. I thought I should ask.

no wonder why nobody replied your post in anime request thread ;/ so, it was moved here 11 days later but tomorrow... i'll PM you its finale ddl too :3 ep'11 just impressed me, how they went from F51 to 58 while Cra Belnel only 18